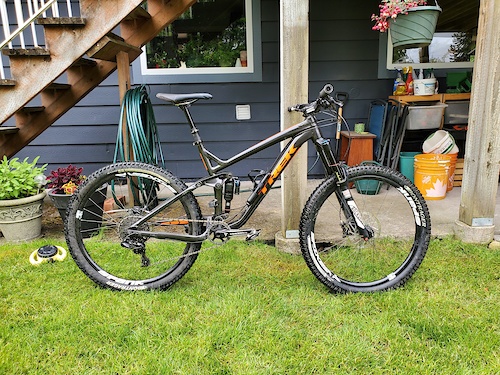 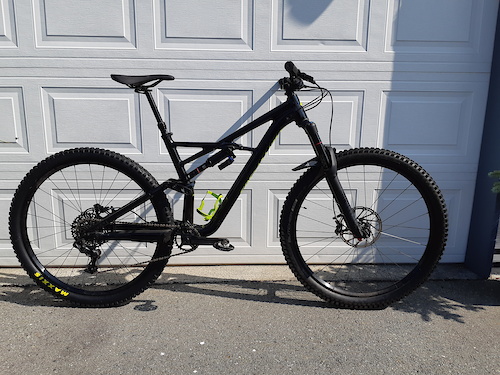 $2300 CAD
Almost mint condition Specialized Enduro. Bought at the end of last summer but didn't ride due to multiple injuries. Bike has about 6 rides on it since. Only selling because I'm not going to use it as much as I thought. Tires are new and components run extremely well. Full Specs: https://www.specialized.com/us/en/enduro-comp-29-6fattie/p/129274

$7000 CAD
Mint condition Knolly Warden I bought the bike in March and rode it for just under a month until I injured myself at the end of April and was out for almost two months and it has been ridden less than dozen times when I recovered fully in June. The reason I'm selling it is because I am now not riding mountain bikes seriously anymore due to health concerns and I'm not in need of such a great bike. The rims on the bike are brand new they have been ridden once since I bought them in June. I can throw in a spare Industry Nine Enduro S rim for free if you want it as a spare. The bike will also come with a pair of Shimano Deore Clipless Pedals. Specs: Frame- 2017 Knolly Warden Carbon Fork-Fox 36 Fit 4 160mm Shock-Cane Creek DB Air CS 155mm DriveTrain-SRAM X01 Eagle Wheelset-Stans No Tubes Arch Mk3 Hubs-Industry Nine Torch Hubs Handlebar-RaceFace Sixc 35mm cut to 760mm Stem-Raceface Turbine 35 50mm in length Brakes- SRAM Guide Rsc Seatpost- Raceface Turbine 125mm drop Saddle- Raceface Turbine Tires- Rear: Maxxis minion Dhr 2 Front: Maxxis minion dhf More Information about the bike here-https://www.knollybikes.com/wardencarbon
Load more...
14,645 views