tehllama edspratt's article
Jul 2, 2020 at 12:37
3 days
Nukeproof Release Limited Edition Reactor 290c Worx
@nojzilla: Me too, although buying a complete bike and parting it out feels suspiciously close in terms of price.

tehllama edspratt's article
Jul 2, 2020 at 12:35
3 days
Nukeproof Release Limited Edition Reactor 290c Worx
Each layer can either be UD or woven... layup schedule determines which global properties show up more, but as a multilayer composite, it can be both.

tehllama mikekazimer's article
Jun 15, 2020 at 9:06
Jun 15, 2020
Review: Vittoria's New Mazza Tire
At some point, somebody is going to have to explain to Kaz what graphene actually is, and why 90% of the press materials that include the word are mostly bullcrap. There are specific reasons why incorporating a mess of random fullerines and amorphous graphite into a rubber compound can improve the deformation and traction characteristics, but everything mentioned in here is broadly inaccurate.

tehllama mikelevy's article
Apr 20, 2020 at 13:20
Apr 20, 2020
Field Trip: Is Buying a Used Mountain Bike Worth It?
Bought a used bike of the PB Buy/Sell, turned out to have a broken frame and needed a full suspension teardown to run right. Best decision I've ever made in my life, this bike is absolutely rad now, my LBS was able to make a '2014' bike turn into a $3000 sex machine that comprehensively dunks on any 2020 model year bike with an MSRP south of $6k, and many even beyond that point. With the right plan in mind, buying used is going to work great - but failing to plan or budget around the required effort to get the bike working for you is going to be problematic.

tehllama mikelevy's article
Mar 19, 2020 at 19:42
Mar 19, 2020
Opinion: 4 Lessons From Riding Inexpensive Bikes
Hopefully people would also be honest about it. I know I don't want to be honest with myself on that (since both bikes are wearing as much or more in upgrade parts than I paid for the base bike)

tehllama mikelevy's article
Mar 19, 2020 at 19:41
Mar 19, 2020
Opinion: 4 Lessons From Riding Inexpensive Bikes
@mikelevy: To be fair, whenever somebody is trying to justify spending more with 'but I'll go faster', that's the real argument that can be squashed. A lot of those are dubious, but what they really end up with is something they enjoy more, which is just better. Mostly, I'm betting that bike was quick everywhere because the geometry was correct, the tires were actually usable both up AND down the hill, and that the cockpit wasn't so horrendously uncomfortable that it's going to introduce problems with operating the bike... things that previously have been issues up to the $3000 price point, but are now hopefully going the way of the dodo

tehllama mikelevy's article
Mar 19, 2020 at 19:38
Mar 19, 2020
Opinion: 4 Lessons From Riding Inexpensive Bikes
@mikelevy: So, GrimDo has outlasted some of the $8k bikes that were on test from actual manufacturers - I'll put that in the win column
Load more... 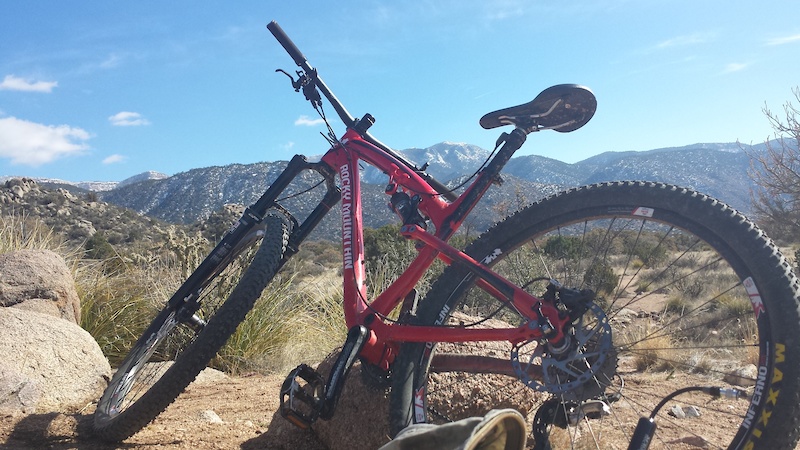