timkoerber jamessmurthwaite's article
Feb 26, 2022 at 6:04
Feb 26, 2022
Burning Question: What Do Racers & Team Managers Think About Discovery Taking Over the World Cup Rights?
Being the producer for a broadcast for a big off-road racing series (King of the Hammers/Ultra4 racing I will give you my thoughts on what is about to happen. Our events get edited down to NBC TV shows, so I have some experience with this. Sadly, I don’t think it will be ever as good, as raw, and as enjoyable to watch as it has been over the red Bull years. The transition from Freecaster.TV to red Bull brought us expanded coverage, better angles, and solid graphics/beta. In my opinion it is not going to get much better than it was here. Here’s the thing. Add more cameras and try to get more course coverage and what will happen is well actually see less and less of each race run. With so many racers, so much course, and only so much time for the event/broadcast, we’re going to get less and less of the action, and more and more of “the story.” It’s what the director, and the people running the show want. They want prepackaged content to put around the snipets of racing, because they believe it gives a more compelling broadcast to lay-viewers. The problem is we are not average viewers, we’re fanatics, that know what happened at the roast race, we know what happened last season, and we want love raw racing action. That is where the story is. That’s why we watch the races. We’ll be getting less and less of the raw coverage and more ans more of the mainstream stories that we see in all other forms of sport broadcast. People will tell you it’s good for the sort, it’s exposure, finally the athletes are making money, but all that is really happening is one of the best live webcasts is getting pushed aside in a cash grab and we’re all worse off for it.

timkoerber MulallyNeko's article
Sep 17, 2021 at 10:41
Sep 17, 2021
Neko Mulally Races a Retro Painted Intense Downhill Bike to Fundraise for More Kids on Bikes
Compact indeed! I never had a bike that would buzz the seat into the rear wheel with such force and consistency. Amazing I didn’t neuter myself with it.

timkoerber pinkbikeoriginals's article
Sep 17, 2020 at 18:17
Sep 17, 2020
Video: We Actually Tested Our Bike From The Future - The Grim Donut Part 2
I think for it truly to be the bike of the future it needs a gearbox and a dromedary in the down tube? Bottle holders will be a thing of the past. Make those two modifications and I’ll take one.

timkoerber mikelevy's article
Dec 28, 2019 at 7:09
Dec 28, 2019
Pinkbike Poll: What Field Test Bike Do You Want to Try?
I just want to ride one of the new Zerodes. Why wasn't the Taniwha included in the field test? It looks amazing.

After work Targhee with lily 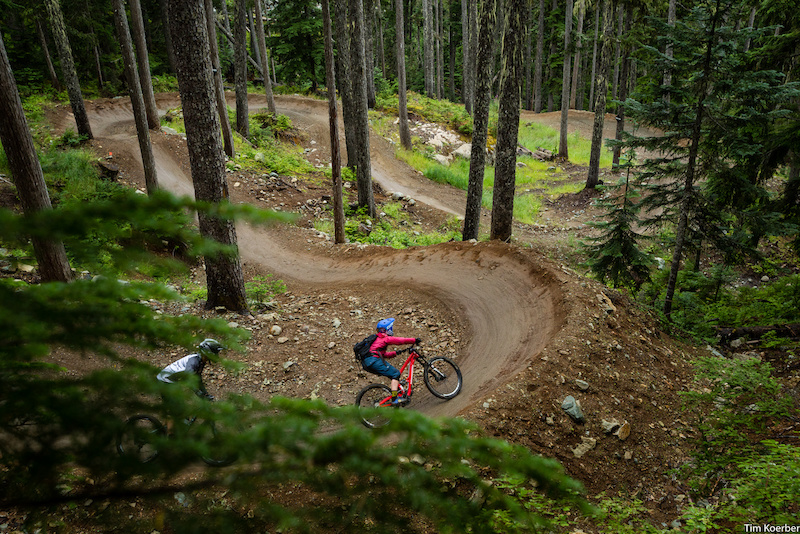