warhorsey FreehubMag's article
May 29, 2016 at 18:53
May 29, 2016
Episode One: Made With Love, Devinci Cycles - Video
@kleinblake: Not saying that naming the bike after Stevie would be a company's marketing homerun strategy. Stevie was highly revered and loved within the Devinci company, and if I worked for them, I still would bring up the idea, as a way of saluting and honoring not only a Canadian National hero, but an inspiration to guys like me, who grew up racing and one day hoping to be racing alongside our own heroes. I think its obvious that marketing purposes wouldn't be the main goal in doing that. Of course passing it by his family would be necessary. They would definitely have the final say. And also, just an idea. Don't mean to get the PB comment section in a steamy pile of internet garbling.

That trail is so beautiful.. A trail builder's wet dream… Well dammit, next rain and I'm headed out with the shovel. Awesome inspiration!

warhorsey pinkbikeaudience's article
Mar 8, 2016 at 14:07
Mar 8, 2016
Kelly vs The Volcano: A Memorial Film
You can take Beiber, the Kardashians, Kanye, Miley, all of them together if need be! Just give us back McGazza! 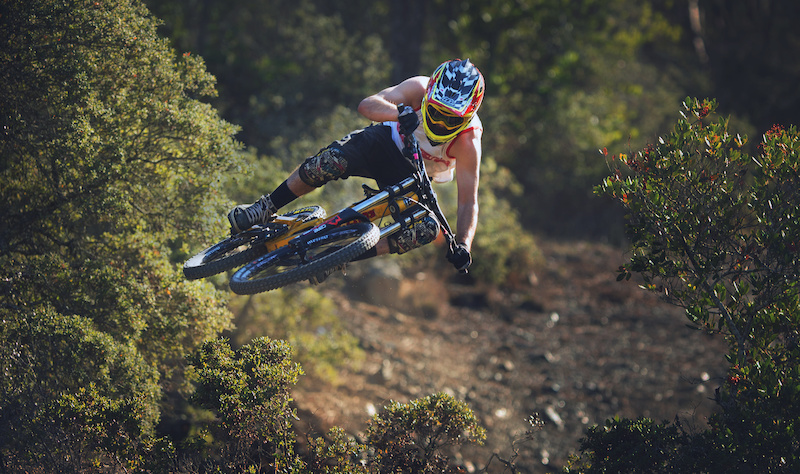 Video: Twenty is Plenty with the Samson Brothers
20 Feb 2013