Getting to Know: Monika Hrastnik

Monika Hrastnik
Monika has been racing World Cups since 2015 but last year was when she really caught everybody's attention. Starting out as a 4X racer, she soon transitioned to big bikes under trees and started slogging away on the European and World Cup circuit. Her best result prior to 2018 was a seventh at the World Champs in Cairns but she came into 2018 with the European championship jersey on her back and something to prove. At round one she finished sixth but by Leogang, she had cracked the podium. She then did even better at Val di Sole and broke into the top three, less than two seconds off Tahnee's winning time.

Her season ended less spectacularly. A big crash in Mont Sainte-Anne saw her having to compete on Vali Holl's bike and her season ended one run prematurely following a crash in qualifying in Lenzerheide. She still rounded of her year in fifth place overall and has picked herself up a deal with the Dorval AM team. We caught up with Monika to get her thoughts on her breakout year and her hopes for the future. 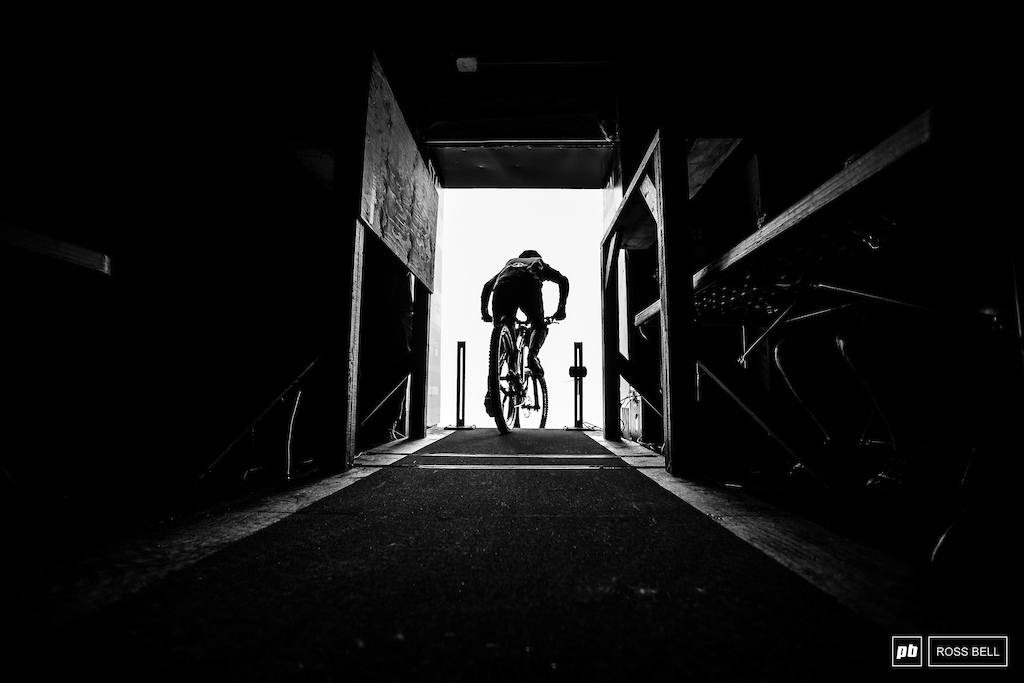 I'm Monika, 24 years old, l come from Slovenia. I'm a student of Technology of Polymers and l'm a downhill racer.

I live near Mozirje, under the mountain Golte. 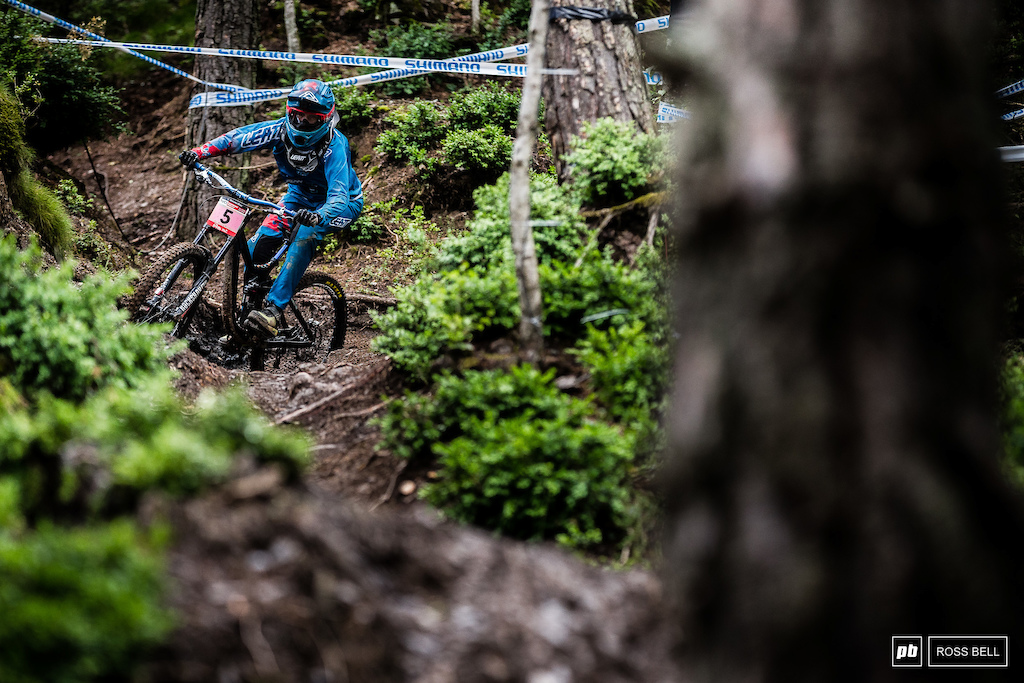 I love adrenaline sports. Before I started downhill l was riding 4x, but l would rather be on a track in the woods on a full suspension bike, so l think DH is perfect for me. This year will be my fifth season in DH.

I'm riding for the Dorval AM team.

My strength are technical tracks and probably my perseverance. 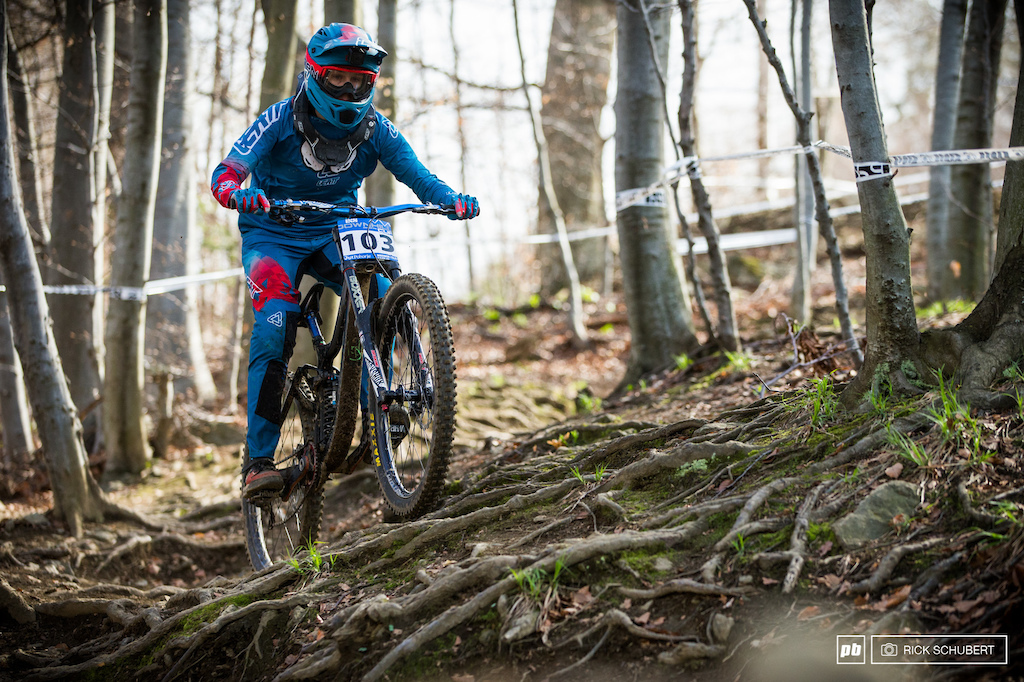 It's not hard to figure out, haha. My weakness are jumping, but l'm getting better every year.

The worst crash was at the World Championships in Lenzerheide, this year. Broken hip! My front wheel suddenly slipped in the last section during qualification and I fell to the side and hit my hip on a rock. For the first few seconds I thought it was just a big hit, I immediately got myself over the tape where I actually realized that the crash was bigger than I first thought and l waited for the ambulance.

The CT exam showed a broken hip. For about five weeks I had to walk with crutches but it got better day by day. Now the bone is healed but I still have some problems with the muscles that are attached to the area so I am still doing therapy. I have already been riding with my team in France and Spain though, and I have to say I feel much better now. 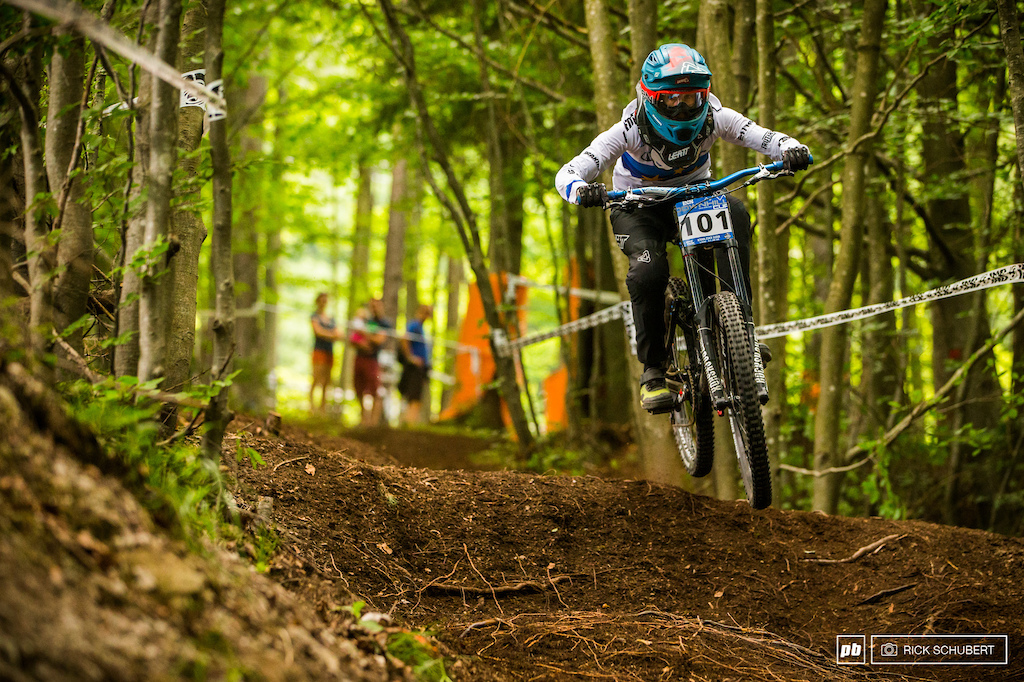 The first training run in Canada was pretty intense. The track was fully wet and I was riding into a berm too fast. The wheel got blocked and I fell over the handlebars. Sadly, because of the high speed and a big force, the fork had hit the frame really hard. The boys at SRAM had helped me with the fork, which I destroyed, but the frame was already broken.

Vali was there and I told her about my frame and she immediately offered me her own bike. At first, I didn’t want to take it, I was too afraid I could have broken hers as well. But she insisted because she knew I was only in Canada because of the race. I rode her bike for three days including the finals and I still managed to get sixth place. I am so thankful for Vali as well as for all the boys from the SRAM team.

How did your deal with Dorval AM come about?

Dorval AM invited me in the team and l'm very happy to be part of it. We spoke when l was injured but they still took me in to the team. Cheers Dorval AM! 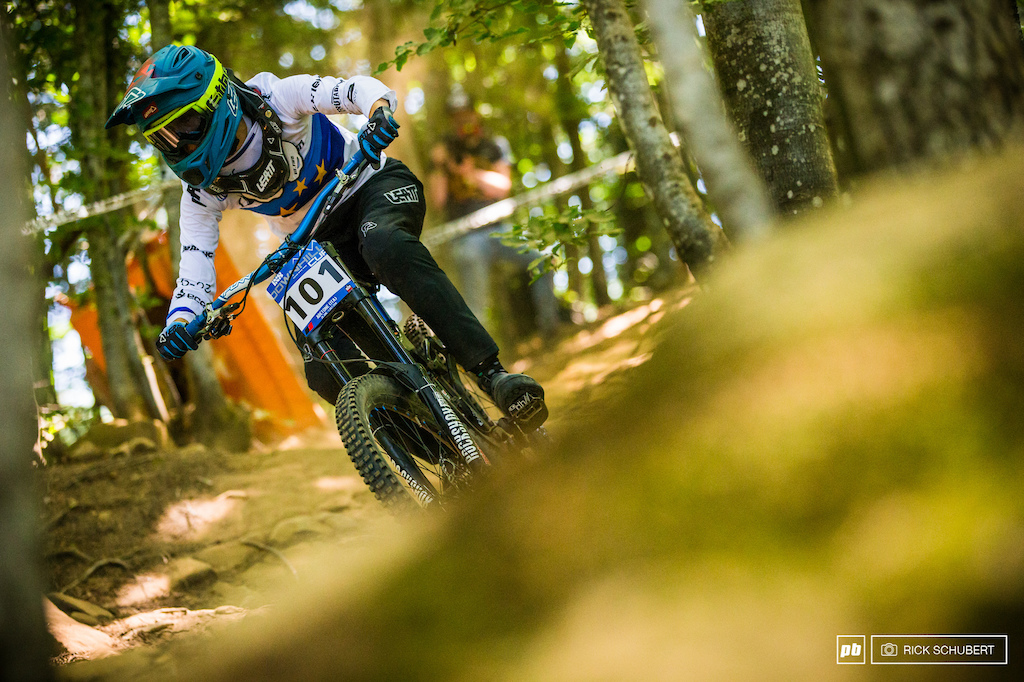 My favorite place to ride is at home, where l have some short tracks but the best World Cup venue is Val di Sole.

I enjoy being in nature with my dogs Blisk and Misko, friends and family. When l have time l love to make wood products. I also love when I'm with my boy and my friends building a track in wood.

Pinterest or websites where you find ideas and handmade products, especially from wood.

After the rain, the sun comes out. 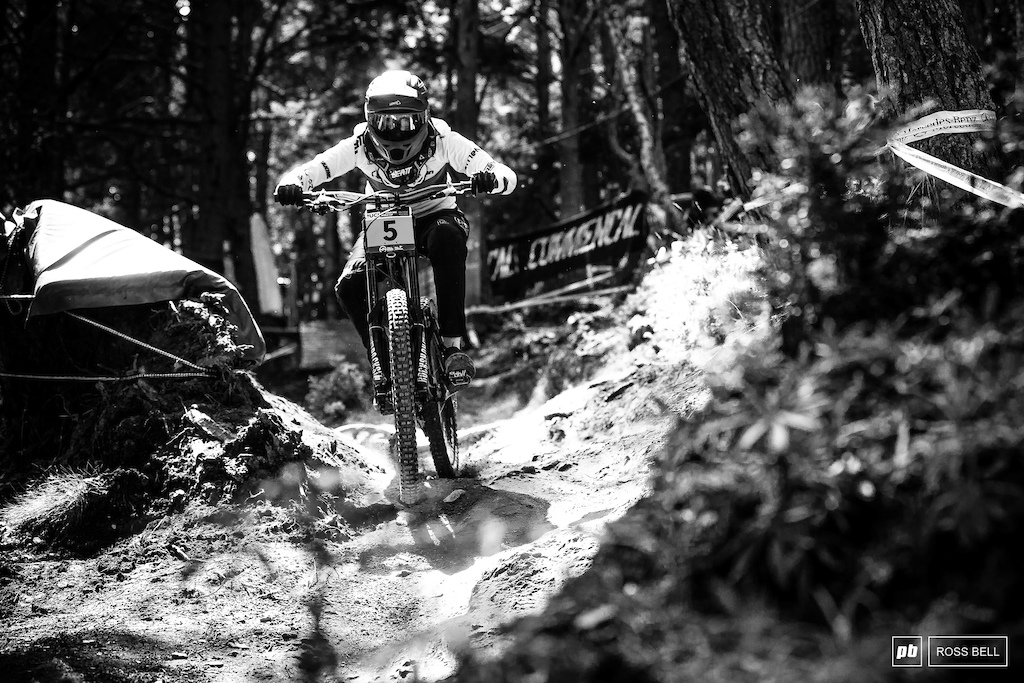 When l hear cheering along the track from my family and friends.

Hmm, l love a lot of sports, so l would probably be dealing with another sport. 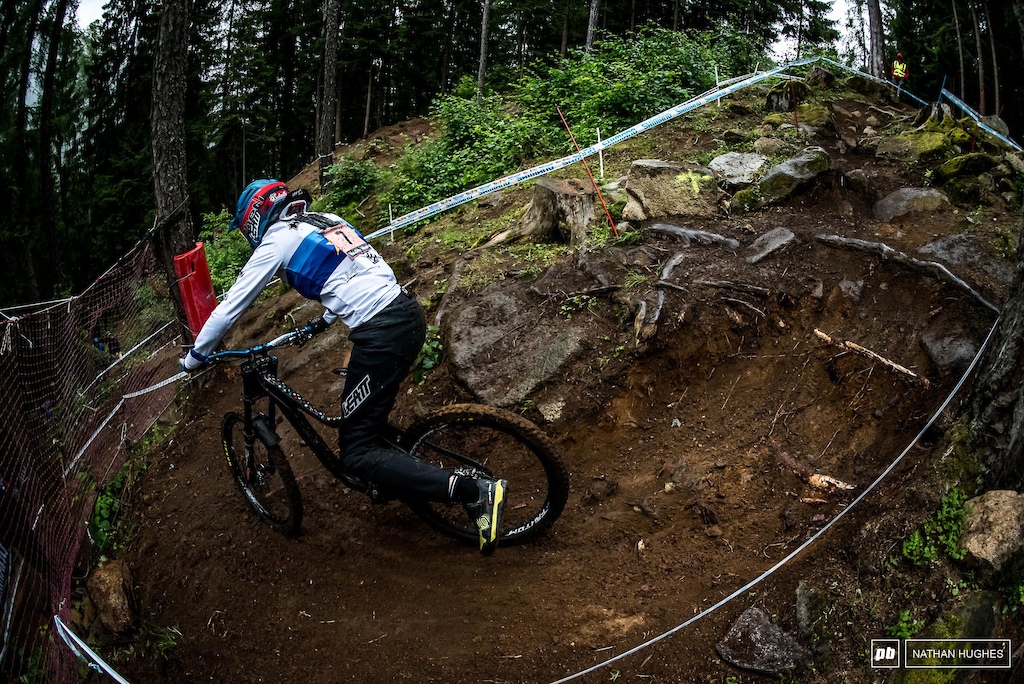 As a girl from Slovenia, who loves to ride a bike! 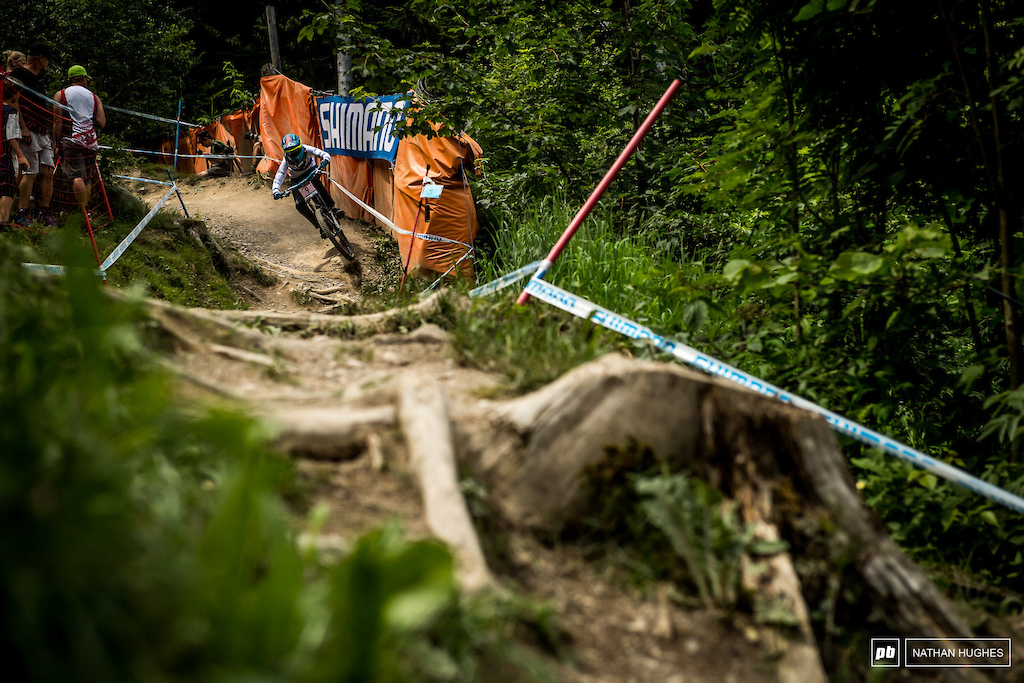 What does the future hold for Monika Hrastnik?

I want to finish my studies and then focus more on the bike. After my bike career, I hope to get a good job but it is important to enjoy each day.

My highlight of 2018 was my Val di Sole third place. Actually the whole season was TOP (other than World Champs)! 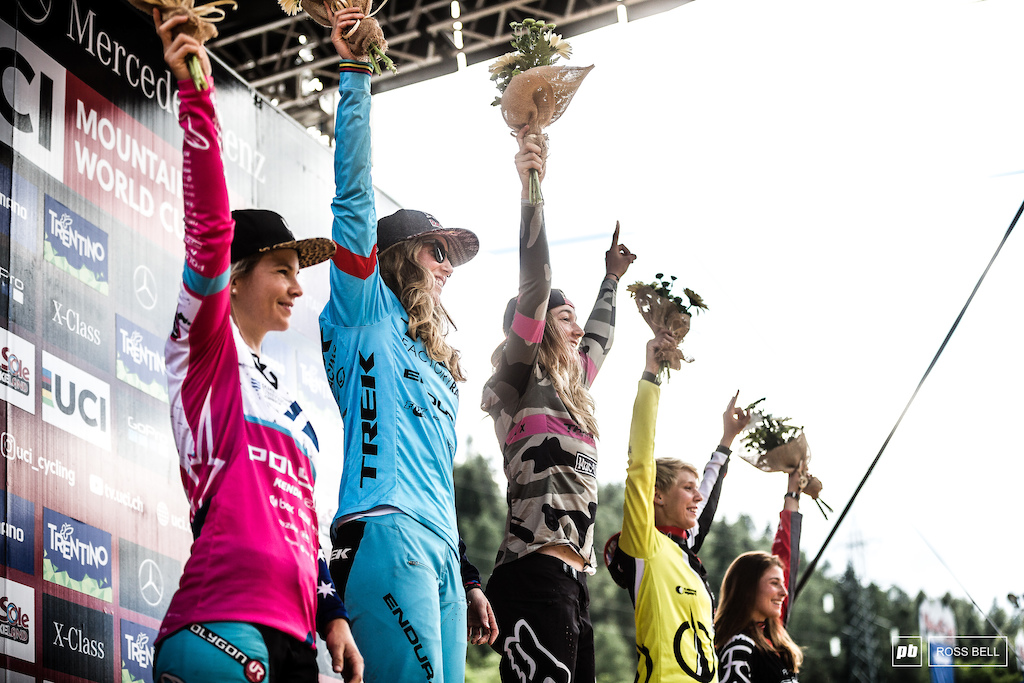 CONomad (Feb 13, 2019 at 12:31)
Same here, can't beat that home field advantage on those Slovenian roots... rode there a couple times and I've never seen it that bad anywhere else. That and every Slovenian I've met has been the nicest, like the Canadians of Europe haha.

sarahallen (Feb 13, 2019 at 12:20)
Love hearing when people share their bikes to take care of other riders, so great. You're on my Fantasy DH team, get it girl!

tripleultrasuperboostplusplus (Feb 13, 2019 at 16:06)
I just quickly google-toured her hometown and other parts of Slovenia. Beautiful place!

vinay (Feb 13, 2019 at 12:53)
Technology of polymers, what is that? Is it material science with a focus on plastics or is it more geared towards petrochemistry? Never heard of it, sounds sophisticated!

rockchomper (Feb 13, 2019 at 13:37)
She seems very humble and honest, would definitely love to ride with her! RAD! personality!