The Strive Diaries: Round 3 Valloire - Feeling the Alpine Burn 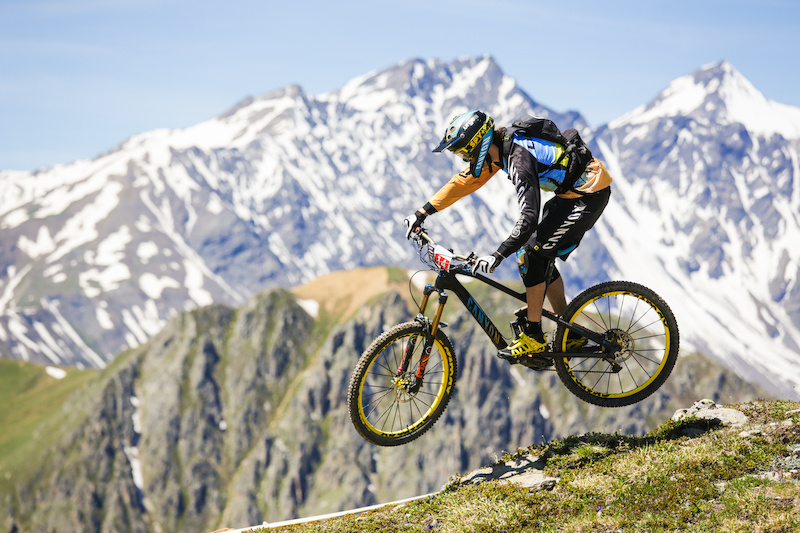 After the last round in Scotland, where Joe tore it up in front of his home crowd to get his first ever podium, this week it felt like there was another homecoming on the cards. France is and always will be the spiritual home of Enduro. With so many events on offer, it’s easy to see how the French keep churning out so many of the world’s best riders. Our spot in Valloire, high up in the Alps at the foot of the legendary Galibier pass, has hosted Enduro racing for almost a decade and finally got the recognition it deserved with a spot in the 2014 Enduro World Series – we were about to find out just why.

After drifting through sand in Chile and sliding over roots in Scotland, it was time to get back to lift-assisted, full-gas, high-alpine terrain. The course in Valloire was a real mix of steep, technical scree slopes and flat-out meadows, with more descending on the menu than an entire season of DH World Cups. 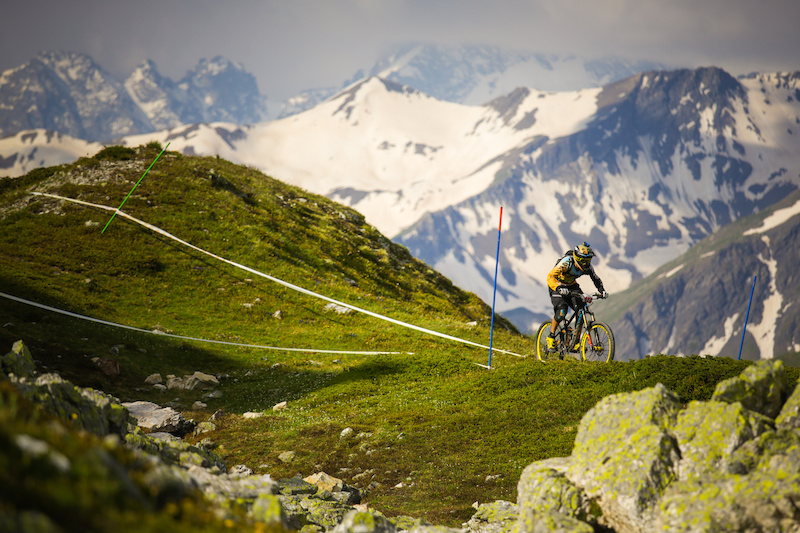 Racing in France is known for its super strict formats and in Valloire this was no exception. The course remained top-secret until Thursday evening before the race to make it even more challenging for the riders. With limited time to inspect the tracks, just one day to walk them and one practice run, getting to know the trails inside out was out of the question. Attacking stages that were up to 20 minutes long at racing speeds was a wild ride into the unknown.

Ines on Day 1: “It’s proper alpine, really steep, with tight switchbacks right from the start and then super fast sections straight through meadows with massive boulders all over the place. You have to concentrate 100% all of the time and just stay off the brakes – that’s the key to going quick here.” 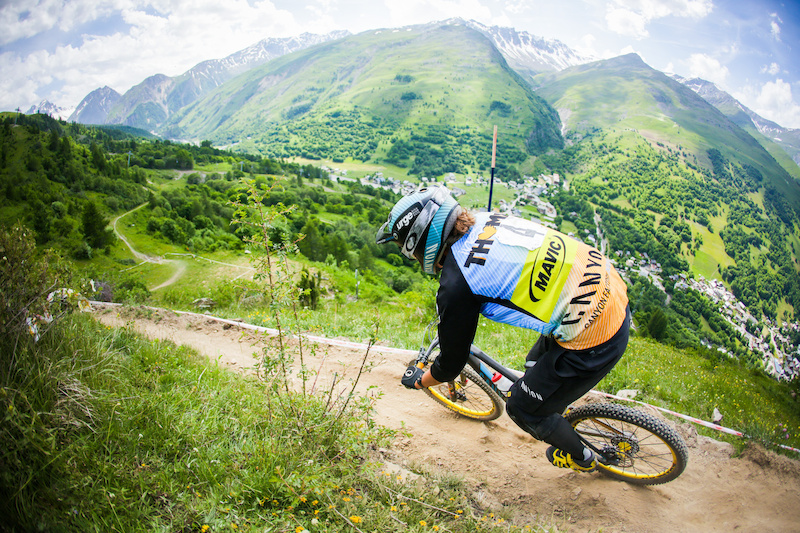 How would you describe the first day? Brutal. But that’s how Enduro should be. Crashes, flats and all of the mechanicals imaginable got the better of many riders right from the gun. Just getting to the finish with bike and body in one piece was a challenge in itself. Fortunately, Joe, Ludo and Ines kept it clean and consistent, choosing the right lines to avoid any problems with solid top-10s firmly in their sights going into day two. 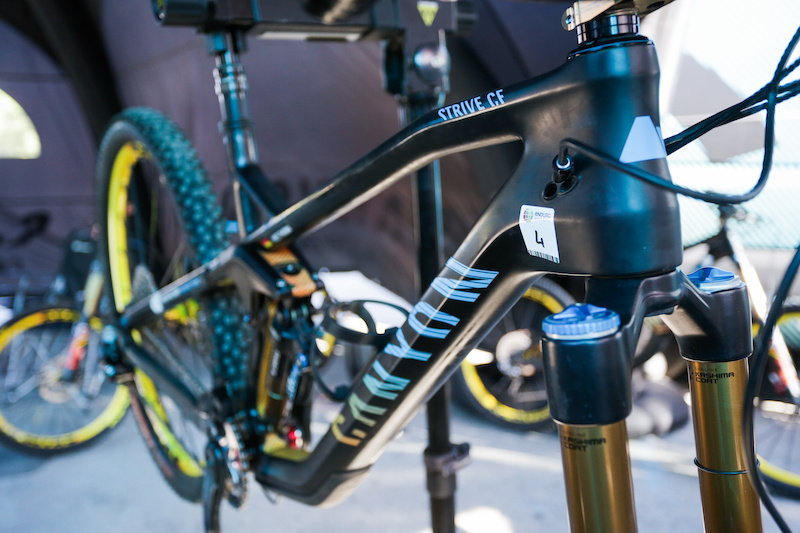 Our mechanics had to work late into the night to get the bikes back into shape for Sunday, but even having everything running perfectly wasn’t enough to avoid mishaps out on track. Ines hit the deck hard going through one of the many challenging rock sections during the first stage on Sunday morning, putting her out of contention to defend her strong overnight position. It was unlucky, but things like that happen. Sometimes it goes your way, sometimes it doesn't. 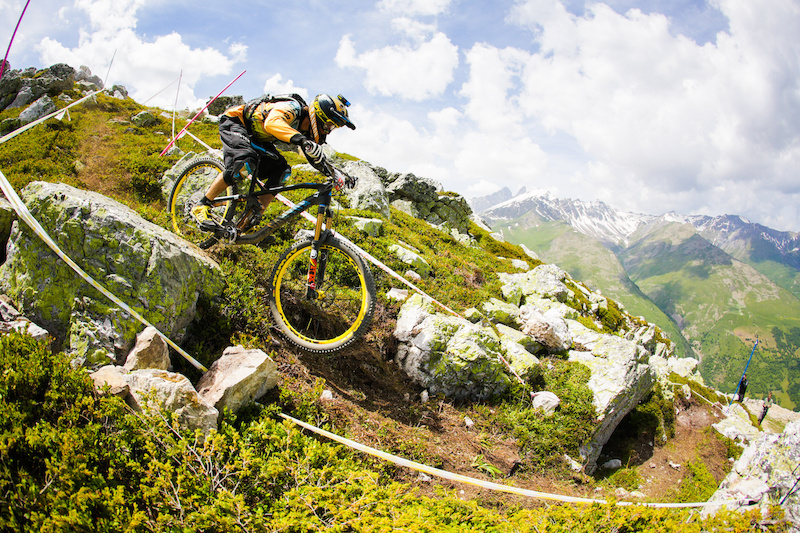 Joe and Ludo found their rhythm quickly and were able to put down some good runs. Having given it everything, Joe was rewarded with 10th and Ludo 16th, solid results on terrain that wasn’t ideally suited to their riding styles.

Joe after the race: “Coming into the French round there are always a lot of surprises over the whole weekend. How the courses are set out, what the format’s like and the racing itself. But it was all good and really fun for me. On a personal level, I gradually got faster and faster over the whole weekend, so I feel lucky to finish with another top ten.” 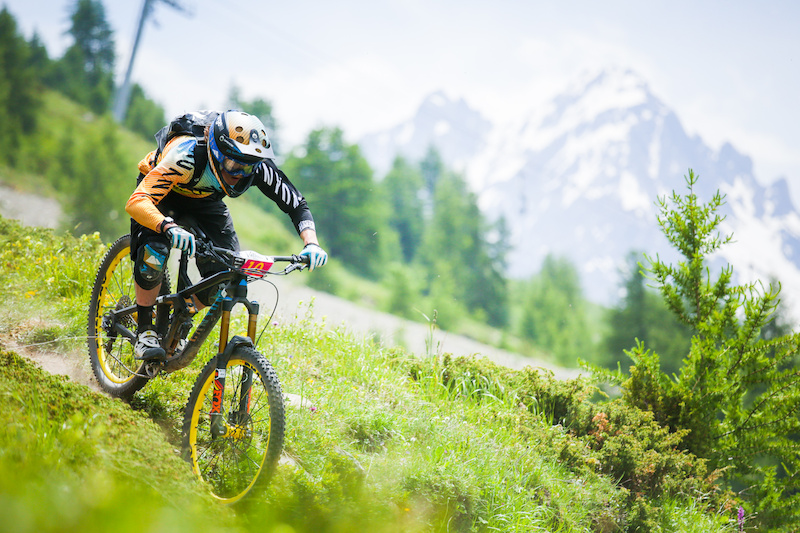 After tackling the high mountains at Valloire, it’s time to take a breather, rest some tired legs and get rid of the arm pump from all that downhill. In three weeks-time we’re hopping over the border to Italy for more action at Round 4 in La Thuille!

bikeshreddermtb (Jun 25, 2014 at 17:36)
Canyon bikes have great components at a great price. Would love to have this bikes in North America

Nygaard (Jun 26, 2014 at 5:17)
Canyon (and YT for that matter) are having a hard time keeping up with the European demand, so I don't think they'll be available outside Europe any time soon.

dr-fishy-noooo (Jun 26, 2014 at 5:23)
I've heard that as well. I nagged the nice people at Canyon in regards to getting a bike delivered to Australia but they flat out refuse to do it, reason being to do with warranty issues.

Nygaard (Jun 26, 2014 at 8:51)
OzMike - I own both YT and Canyon bikes, and I can tell you with 99% certainty that their popularity is "the problem".
I just received my Canyon Nerve CF last week (thank you Canyon for still making a high-end 26"!). It took almost three weeks to arrive from the day that I placed the order, and that was a bike in stock/ready to ship... Worth the wait though!

andreanselmi (Jun 26, 2014 at 2:08)
I don't know how it is in the US but there are a lot of brands here in Europe which you can only buy online, Canyon being one of them. There aren't available in any shops. Radon is another brand just like that. Nice bikes at reasonable prices. You'll get a carbonfiber 27,5 " 160 mm stroke pike/monarch bike for 4500 dollars.
But i guess it is the other way around also, i find myself often looking at north-american bikes that aren't available here

bkm303 (Jun 26, 2014 at 11:24)
We have a few, but nothing as high-quality as Canyon or YT. Fezzari has some decent looking stuff, that's probably the closest we get for mountain bikes.