Video: Cool Style in the West Sussex Hills in 'Solitude'

Introducing Solitude, a small project… rider, Dom Knight, and videographer, Duncan Yeldham, brought together with the support of Hunt Bike Wheels. With summer 2020 way past us, Graphic Designer and Content Creator Dom, with Duncan, have collated what they filmed and shot over that summer. 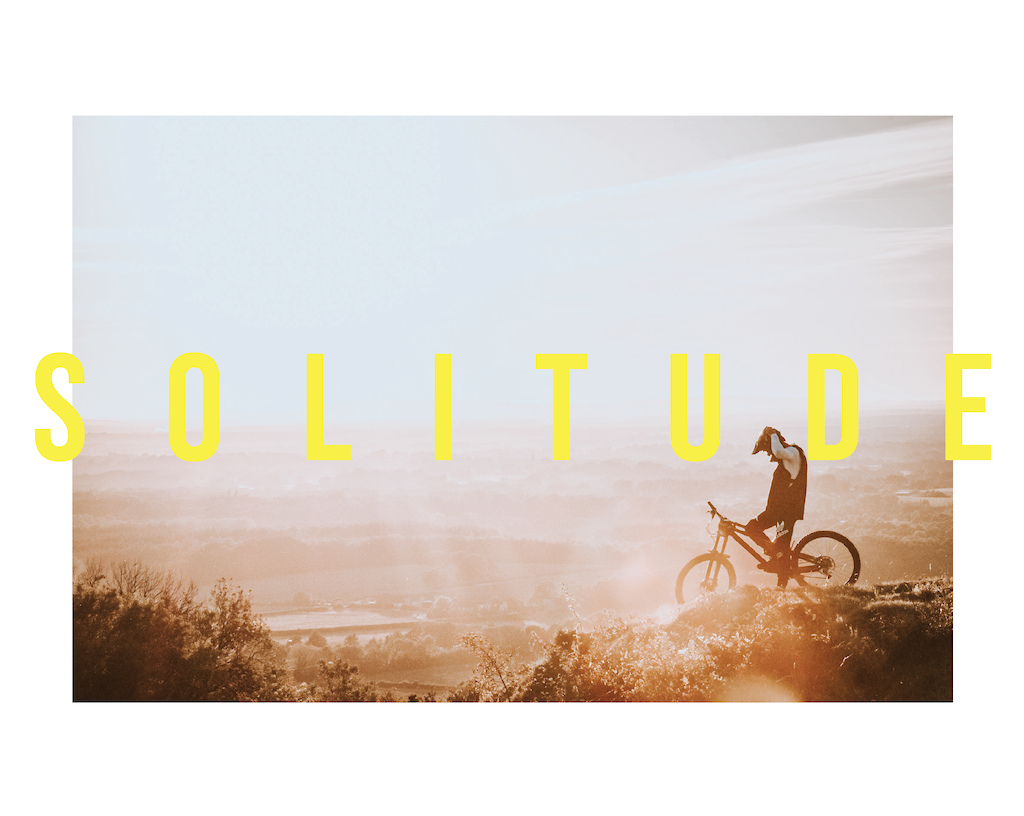 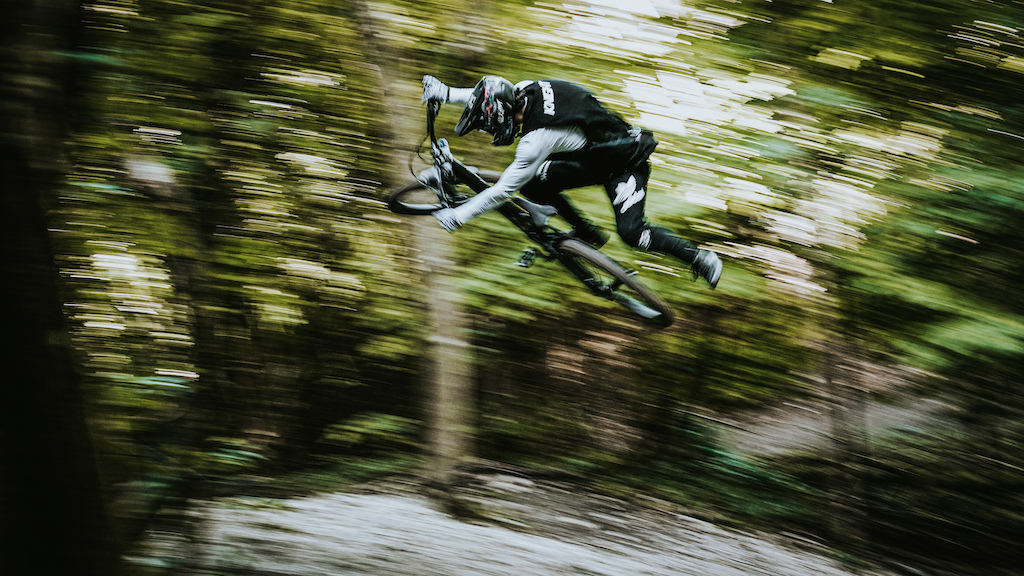 Photo by Will Easey

For most, 2020 took a turn for the worst. Personally, with flights booked back to Whistler for May 2020, and with COVID-19 not going away any time soon, it was clear that as a Mountain Biker who spends his summers abroad, the familiarity of places like Whistler, Queenstown and The French Alps had to be exchanged for something else. It had to be something to give my riding a real purpose throughout this global pandemic…something that would see me distracted from all the madness in the world.

A big part of capturing the concept within this project was having shots that really gave you the interpretation of escapism on the bike, really capturing that moment of solitude. I started envisioning shots and tricks at particular locations. Picturing shots before I've attained them is a process I've adopted for a while now, I find it helps me get hyped up for a days riding, It allows me to start the process of my progression each time I get out on my bike, it also really helps keep my head distracted from anything negative around me (Like a world pandemic).

With so many shots in mind, there was a bit of work to do, I spent a month practicing and dialing in a new trick that I wanted for a specific shot. Plus there was some work that needed doing on a few of the features I planned to hit, whether that was simply a bit of maintenance or stripping down and rebuilding an entirely new jump altogether. 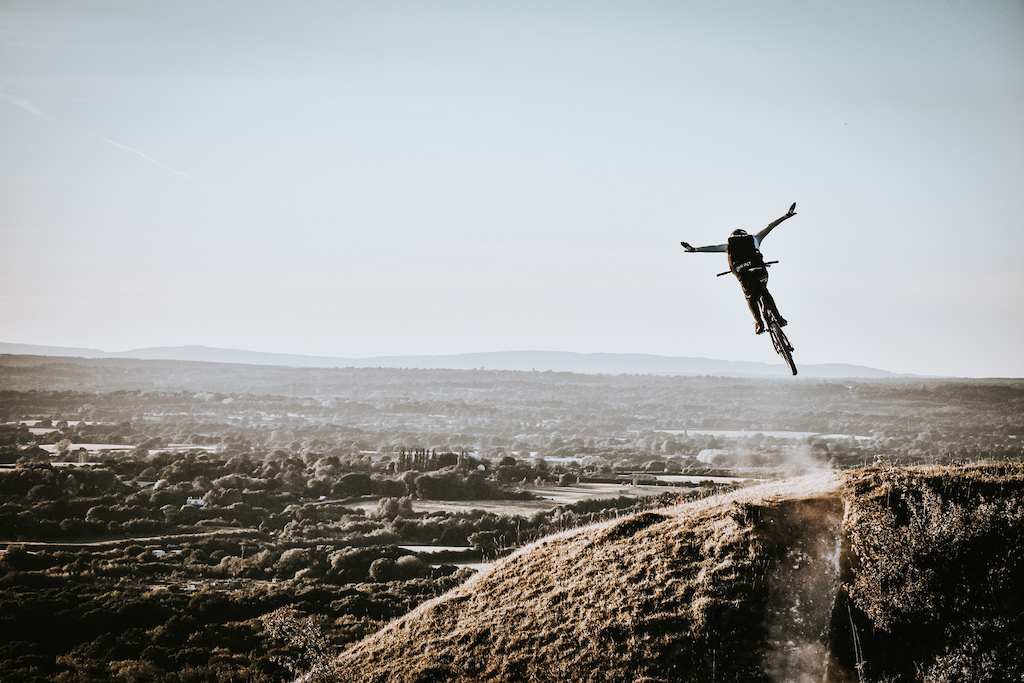 The tuck no hander shot has to be the highlight of the whole project. This is a trick I learned specifically for this location. This was actually the first shot I had in mind way before we even started shooting. I wanted to flip it, but with my confidence not massively high having not flipped my DH bike for a few years, an upcoming trip to Morzine, and with the hospitals overrun with COVID patients, I felt it wasn't the right moment, next year! (excuses I know). - Shot by Harry Roberts 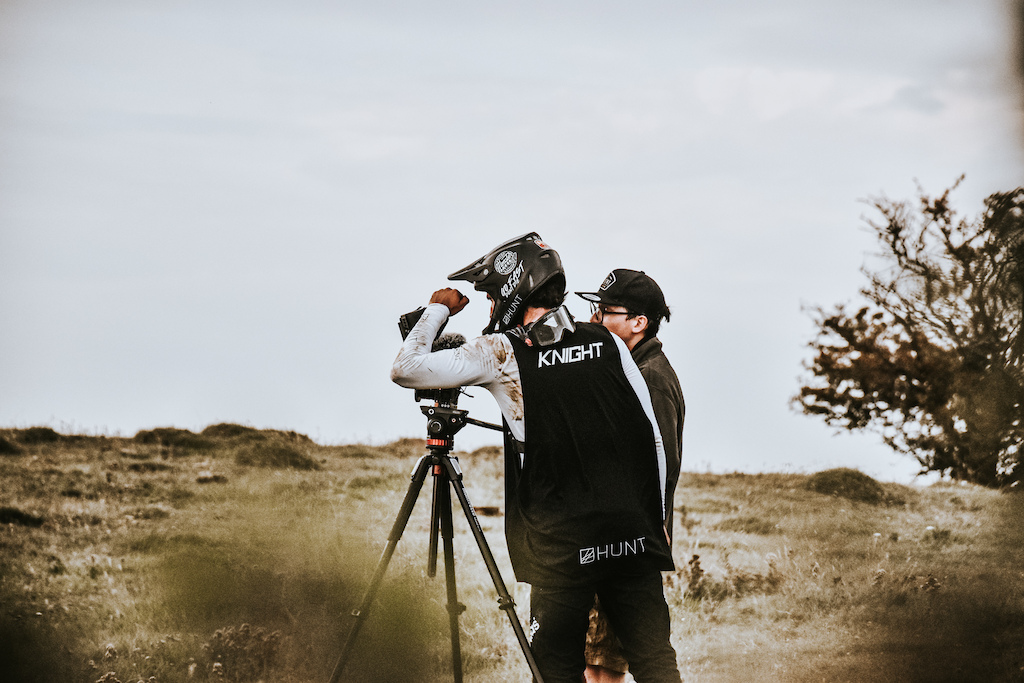 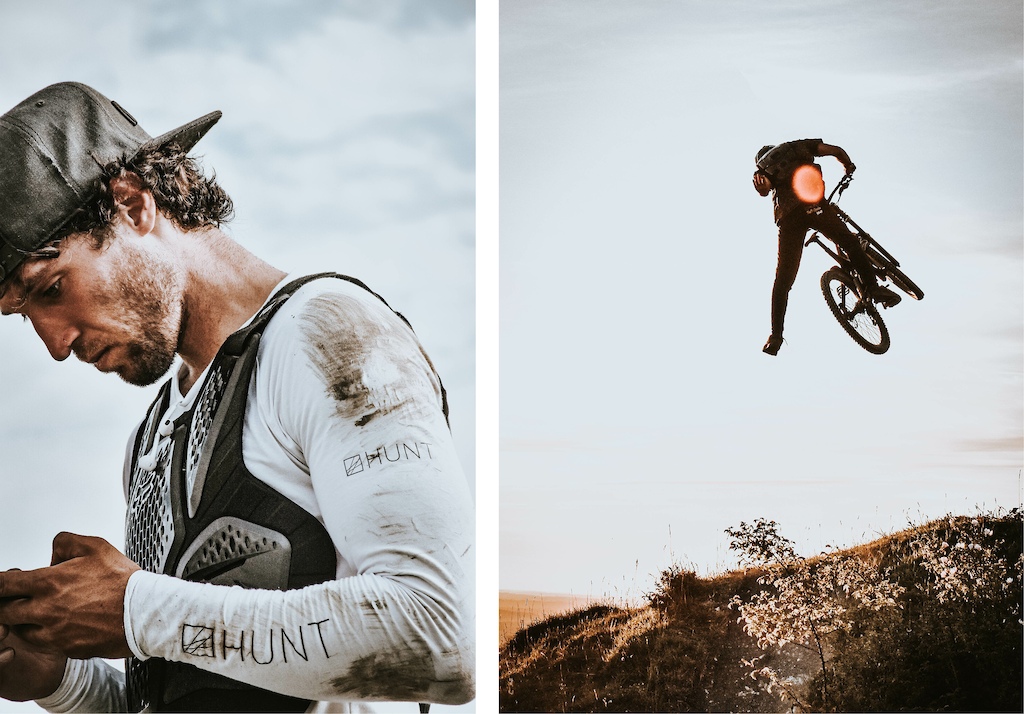 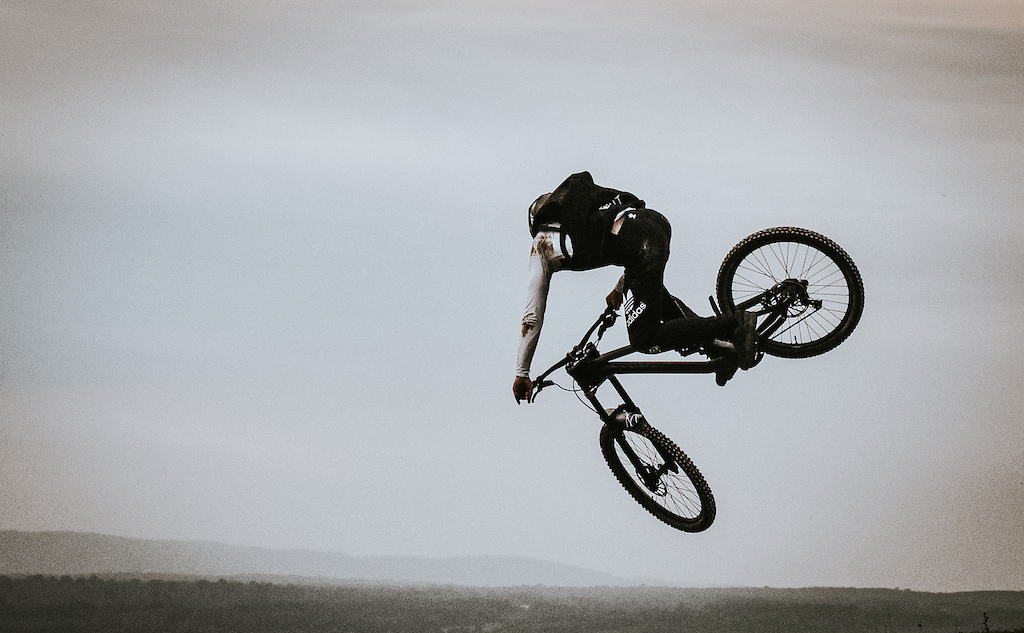 With the UK in and out of lockdown and restrictions all summer, we chose to stick close to home for our locations, giving us a better chance to keep the momentum of the project going. With all our locations no more than 10 minutes from my house, and with Duncan 30 minutes away, it meant we could be a little more flexible with organising shoots amidst the unpredictable lockdown madness. We had the help of a few photographers along the way and a massive thanks go out to those guys - Harry Roberts, Roman Scott, Eden Farrow and Will Easey - each snapping some of the sickest shots that made a lot of this worthwhile. 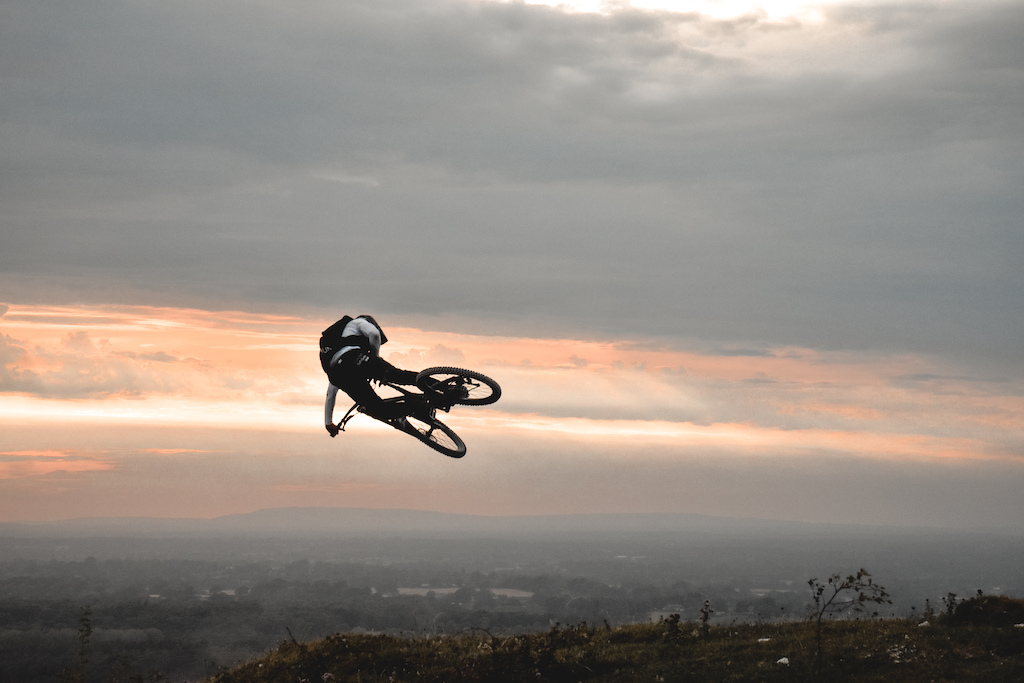 "What drew me to this project especially was Dom’s vision to pay homage to what riding means to him. His love for it is clear and his passion shone through the shoot. There’s a sense of freedom in the hills and though it’s solitary at times, there’s an overwhelming sense of majesty. Having been heavily influenced by Mickey Smith’s ‘Dark Side of the Lens’ I became drawn towards telling stories through sport and what the activity means to the participant." - Duncan Yeldham

Photos by Roman Scott
As mentioned, we filmed and shot most of the project in my hometown which is in West Sussex. Growing up there, it was one line in particular I favoured. The step-down hip jump to step up, the OG feature which dates back to when I was 14, built by some good friends of mine. But after over a decade of riding the line, and years of talking about it, the decision to build the line bigger for the project was a no brainer. Huge shout out to Liam Saint for the help in bringing that vision together.

Photo by Eden Farrow
We got lucky in regards to crashes, with just the one bailout of a one-footed flat table, which is photographed above. I’m still not entirely sure what happened for me to bail out of quite a simple trick ending up with what looks like me participating in a football match. But luckily the landing is pretty steep, landing on my feet with an elegant rag doll to finish and with the bike in a ditch…considering, we got away lightly. 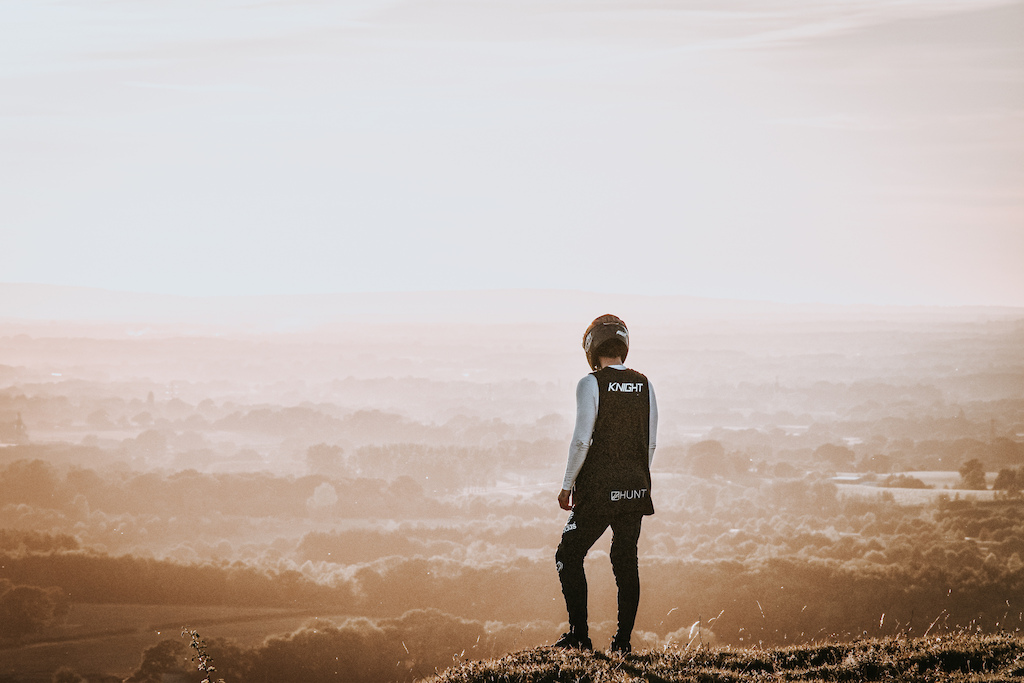 Solitude, a word I think is super relevant at the moment, with the world in a pandemic, people have had to adapt and deal with aspects of solitary confinement. While the world is trying to suppress the virus with lockdowns and social distancing, we are all in some way or another having to deal with the internal, or external struggles, finding our state of balance. It was from this concept that we set out to capture our project… Solitude. 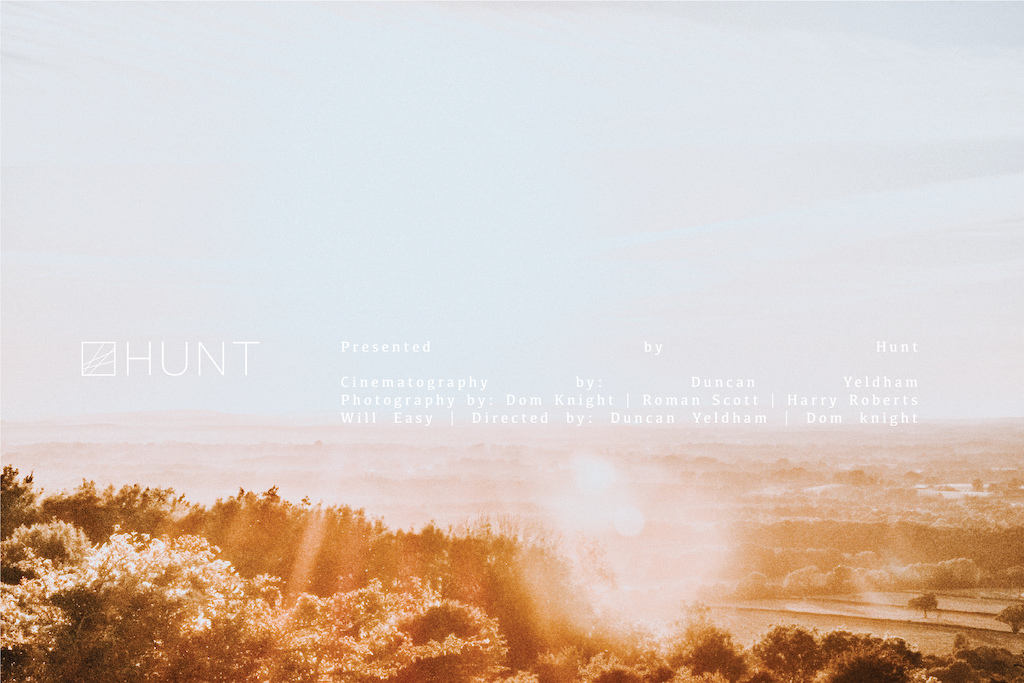 Huge thanks to:
Hunt Mountain for the support in making this project possible.

maybenotaprofile (Jan 20, 2021 at 11:18)
I know music is down to personal preference. But seriously... whose preference could that be?

omniscient-ocelot (Jan 20, 2021 at 3:41)
Cant see anywhere thats hes sponsored by stussy? Seems like a strange brand for mtb.
Can someone confirm?

mountainsofsussex (Jan 20, 2021 at 5:17)
Shhh, we're not supposed to tell anyone about our local riding spots, are we!? ;-) Think the stuff in the open is above the place that rhymes with Holding Yarn...