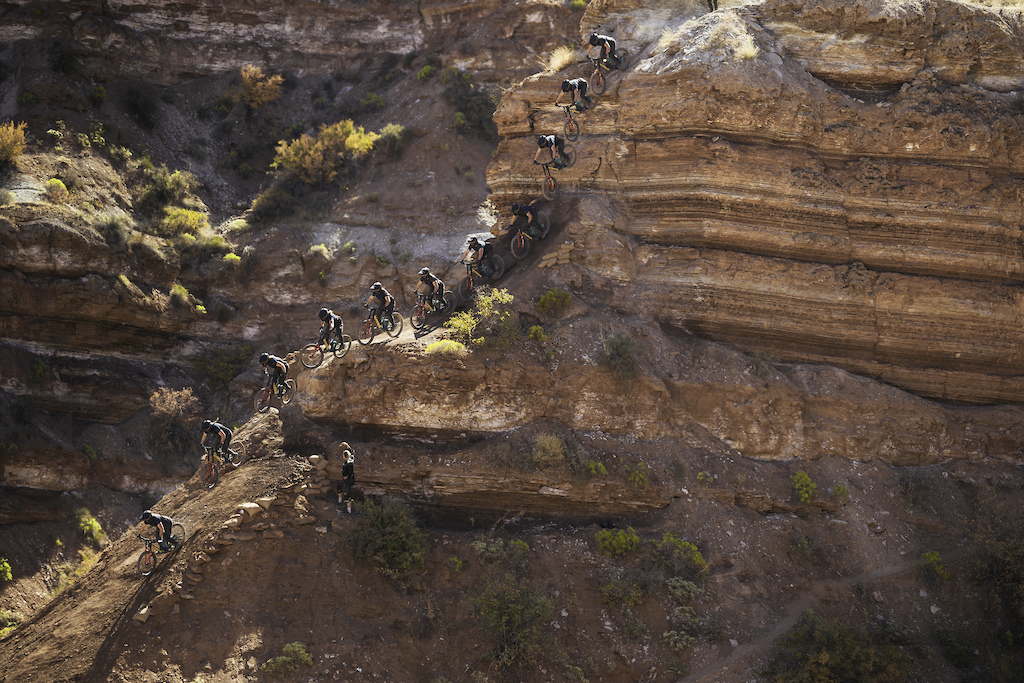 pressurecooker (Nov 26, 2019 at 7:56)
Ok, Im going to admit it, I cried while watching this. Seems like a weird thing to do when watching a mountain bike edit, but I've been riding for 10 years and as a women all I've ever wanted to see was women riding in a large gnarly competition and pushing their limits. I love pushing my progression, hitting bigger and bigger gaps, trying gnarlier and gnarlier lines, but I've never had heros to look up to. Guys just dont get how important that is because they get to see people like them riding super gnarly stuff all the time so they cant comprehend what its like to push yourself without seeing anyone else like you do it on the big screen. This is why this film was so important to me. There is a huge population of would-be riders that the whole industry is missing and its crazy to me that the industry doesnt think it will make money by putting women on the screen. Thank you Michelle for using your platform to highlight the Formation and thank you to everyone involved in it. This is SO inspiring. It really really is.

Milko3D (Nov 26, 2019 at 11:04)
@pressurecooker That was heartwarming!
It is an important milestone in mountain biking!

It's frankly hard to imagine what would it be for men if it was the other way around, if women did all the cool stuff in extreme sports.
Must be super disheartening and discouraging for women right now, though that's hopefully changing.
Only a few of my work-mates are outdoorsy and sometimes this feels depressing and as if I have nothing in common with them, can't imagine if the whole world was like that.
I would have cried, too.

As for comments, I think they are less emotional than you might expect, because even though the edit just came out, the even was a few months ago and we've all seen previews, clips, photos, social posts of it, so we've kinda absorbed it already in a way. Thought I'm looking forward to the good things that'll come out of it industry-wide!

Totally agree with you. I'm a guy, but I got emotional as well. Stoked to see such giants in the sport pushing the boundaries of what's possible for women.

scblurlt (Nov 25, 2019 at 11:02)
great crew , and great riding , look forward to the progression over the next few years , micelle parkers insight into exposure must have helped loads


Is that Michelle on the intro riding clip?
I'm still suggesting to shorter friends to get 27.5" instead of 29" wheeled bikes even though I know geometry has progressed a lot in the last few years. So, my question is, is it me or that bike is too big for her? Or at least the wheels too big for her?
Judging by the slightly sluggish handling and heavy lands?
(She obviously shreds, don't bite my ass off, it's a sizing question!)

markcorrigan (Nov 25, 2019 at 12:49)
everything about that video was just spectacular. Amazing editing and the soundtrack is fantastic Virgin is such an unreal place, went to the old Rampage site earlier this year and I think about it all the time.

slayerdegnar (Nov 25, 2019 at 18:35)
These ladies fuckin slayed it. We need more events like this across more sports. Sponsors step up!

yukontp (Nov 27, 2019 at 6:09)
This is so awesome. I have a 4 yr old daughter that loves to ride bikes but trying to find videos of girls/woman riding to give her something/one to look up to is so hard. So great.

DurtCobain (Nov 25, 2019 at 16:19)
This whole thing is awesome...really hope it gains legit traction and becomes something big!