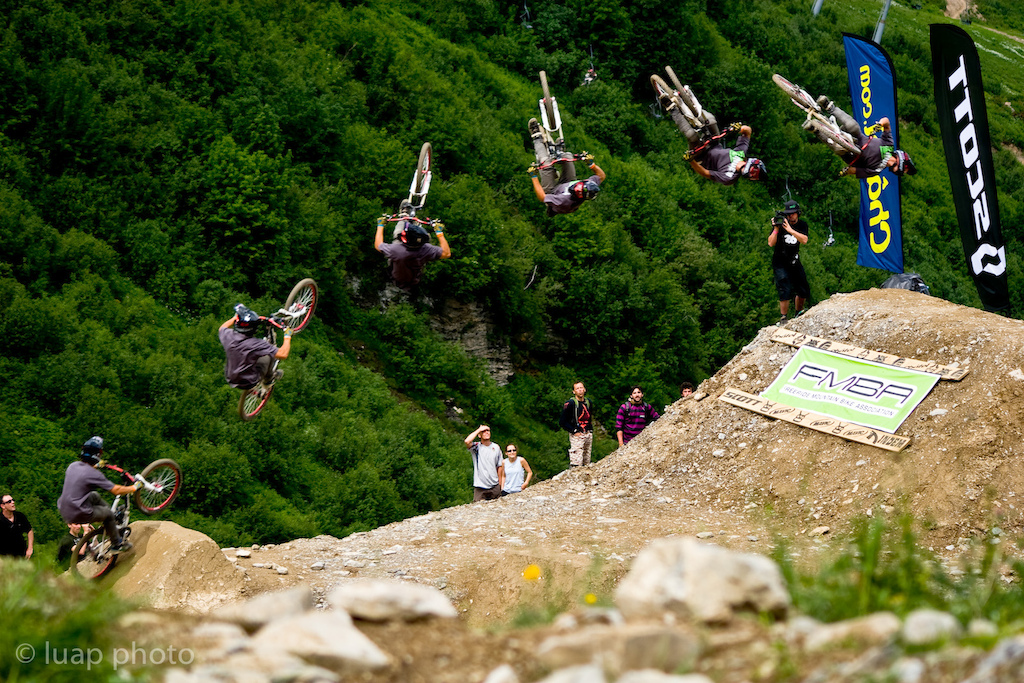 Join Pinkbike  Login
Tweet
Some shot's from the article I shot and wrote for IMBIKEMAG.com a few years ago. Check out the full write up here: http://www.imbikemag.com/issue7/?page=47
Currently browsing: Chatel-Mountain-Style-2010 Photo 13 of 13
Prev
Next

interrobangstudios (Mar 18, 2012 at 14:40)
Yeah it's disgusting! I think this shot needs some explaining too. So Antoine was a rookie here and during practice most of the Pros where having trouble even getting over this jump without destroying themselves. Most pros didn't even trick it until their final run, and even then some only pulled a table or a whip. This shot was taken on first days practice! I was chatting to his mate later. Apparently he was rolling up to the thing and just thought: "hmmm what shall I do?" And at the last second just decided to throw down this massively off axis flip. Completely nuts. Huge props to the guy.

Antoine is not a Rookie at all
He won the CMS as amator in 2009 I think
and actually, even if he had a bad crash last year, in 2011, he is still one of the best french frreriders!!!
he did a hugh superman seat grab but a little beat late in his jump, lost a pedal and crashed very hard, one broken cervical and cracked another one
www.pinkbike.com/photo/6813357

interrobangstudios (Apr 13, 2012 at 14:07)
OK, my bad. Atala is right I think. That does ring a bell now. Was a long time ago. He was a rookie the previous year and won it that year. Still pretty impressive.