I ride bikes sometimes not half bad.

NickB01 mikekazimer's article
Oct 18, 2019 at 2:01
Oct 18, 2019
First Look: The 2020 Commencal Furious is Bike Park & Freeride Friendly
You'll also notice on the Race model the lowers are from the Boxxer 29 and photoshopped on poorly - if you look carefully you'll see two rebound adjusters.

NickB01 jamessmurthwaite's article
Oct 4, 2019 at 2:24
Oct 4, 2019
SRAM AXS and Eagle Boss Joins YT as Head of Development
@b45her: I call bullshit on your statements, having previously dealt with all service and warranty issues for YT in Australasia over the past 4 years - which covers thousands of YT bikes - I never dealt with half the issues you're talking about. I saw one alignment issue, a couple of threaded bolts which isn't abnormal for any brand, and I can assure you the carbon frames had a miniscule structural failure rate. And fyi, no YT frame uses Torx heads anymore, and hasn't done since 2017. The only thing that is even remotely accurate is the e13 droppers were less than brilliant, and the recent TRS+ rims were a bit soft, but otherwise completely talking out your arse.

NickB01 jamessmurthwaite's article
Oct 4, 2019 at 2:07
Oct 4, 2019
SRAM AXS and Eagle Boss Joins YT as Head of Development
FFS - Gwin was far from 'ditched'. YT offered him a contract extension at his already high rate, but he tried to jack up his price and when he found out YT wouldn't pay it he left to go find a team that would. When he found out no one else would take him he tried to go back to YT after their offer had expired, who told him to take a hike. Why do you think he had to make his own team?

NickB01 mikekazimer's article
Aug 13, 2019 at 22:31
Aug 13, 2019
First Ride: The 2020 Specialized Enduro is Bigger & Burlier Than Ever
@zyoungson: all 3 of mine have been smooth as butter, and given my job in a previous life I know the failure rate like the back of my hand - any QC issues were no worse than I've seen from many other brands including Specialized. Capra's are good bikes, I'd still recommend them to anyone.

NickB01 mikekazimer's article
Jul 18, 2019 at 2:31
Jul 18, 2019
Freeride's Alive - Riding the 2020 Yeti SB165
@mikekazimer: The wheel size debate is silly as I don't give a damn what others ride, but it's no longer about which is better but rather a fight to remain relevant as the industry seems keen to push 27.5 out of the picture. Don't mistake, I've really enjoy riding a bunch of solid 29's, but the 27.5 equivalent has always been better for me and I'd like the option to keep it around. When every review of new bikes only pushes 29ers, and you list traits of 27.5 bikes as being a negative for simply not being a 29er of course the uninformed public are going to steer in the that direction, and just based on the above comments there's no denying the bias recently. Do you know the amount of customers I've spoken to recently who thought they should buy a 29er but had no idea why, in many cases being the complete opposite of how they actually liked to ride? But here's the main point: you can't say 'pick the bike that makes you happiest' when you don't have that option anymore.

NickB01 mikekazimer's article
Jul 16, 2019 at 12:29
Jul 16, 2019
Freeride's Alive - Riding the 2020 Yeti SB165
@mikekazimer: I have to agree with @just6979, 29ers by comparison can be a bit dull, and after riding numerous bikes of each wheel size over the last few years I still don't understand the sudden push for everything to be 29. Yes, they're 'fine' in corners and bike parks, but why would I accept fine when I could have great? If I had the money I'd definitely consider this...

NickB01 Tajlucas's article
Jul 7, 2019 at 14:00
Jul 7, 2019
Bike Shops and Overheard Conversations - Sunday Comics with Taj Mihelich
In an old shop I worked at a guy bought a bike the wrong size because it was cheap, despite our warnings it was a stupid thing to do. He then complained it was the wrong and insisted we buy him the right size...

NickB01 edspratt's article
Jun 23, 2019 at 16:39
Jun 23, 2019
Richie Rude Announces Return to the EWS
Thanks for the clear description Jared, it's incredible how easy these ingrediants get into things (I found them in my own pre-workout), and no one would willingly risk their career on them. It's a bad situation, but at least the anti-doping agency leveled a fitting punishment for minor negligence. Keep fighting the good fight!

NickB01 edspratt's article
Jun 23, 2019 at 14:00
Jun 23, 2019
Richie Rude Announces Return to the EWS
@SpecializedFTW: I love your crime and punishment outlook on life. There is no sliding scale, once you're caught on the wrong side of something you're out for life. Drive 5 over the speed limit? Lifetime driving ban. Steal a candy bar as a kid, lifetime in jail. Get caught with trace amounts of a specified substance (which is definitely exactly the same as the impure water case)? Lifetime brand as a dirty evil cheater and banned from racing for life. Pat yourself on the back, I bet you're perfect. You definitely know better than the anti-doping team. Who cares about the actual facts of the case when your opinions involved right? Me? I'd rather leave it to those who actually did the investigation and know the facts. The perceived benefit and therefore punishment was minor, and from the few times I've met Richie he has been incredibly kind, so I'll take him for his word.
Load more... 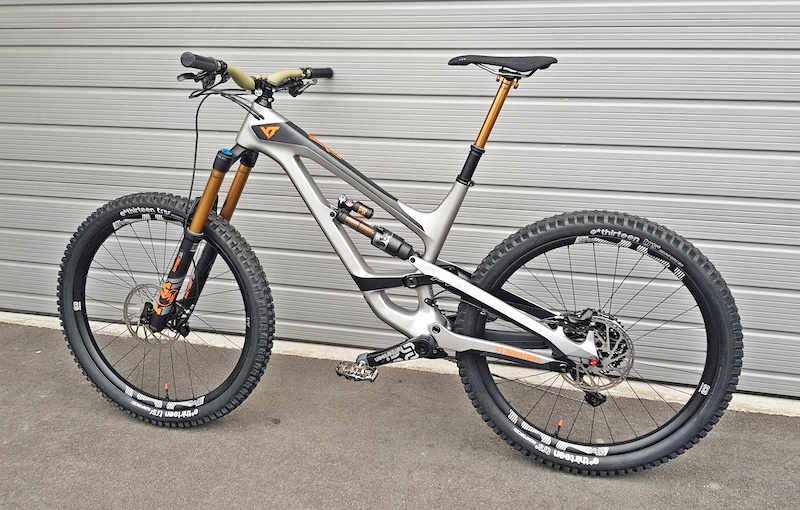