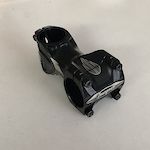 Paco77 dan-roberts's article
Mar 26, 2020 at 3:51
Mar 26, 2020
Round Up: 5 Interesting New Patents - A Voice Controlled Bike, Electronic Braking, & More
The whole idea of putting the shock low down in the frame to lower the center of gravity is a bit silly if you also run a water bottle on the frame, which then usually has to be placed much higher. Water bottles weigh a lot more than rear shocks! Seems better to have the water bottle mounted as low as possible and the shock higher, if lowering the center of gravity is your aim. Not to mention that generally the higher up the shock is the better it is out the way of dirt and debris.

Reader Story: Building a Custom Bike Frame at Home
20 Aug 2019
You must login to Pinkbike.
Don't have an account? Sign up