Apr 30, 2017 at 20:53
by Roswell-Alpharetta MTB Org
Share
Tweet
13 Comments
One of two signature events of the Roswell Cycling Festival week, the 4th Annual Big Creek Quick Six Enduro offers a unique format to those looking to give it a try. Held just 30 minutes north of Atlanta in Big Creek Park, racers compete over six timed, primarily downhill-focused stages, but forgo the pressure of rushing to the next stage to make the next start time. Instead, the race vibe is much more laid back and includes quality heckling thanks to the easily accessible race courses for spectators. Racers alternate between the downhill sections of the park’s XC and freeride trails. Special one-day-only race lines are cut on the XC trails to amplify the downhill terrain. Shred. Chill. Repeat. 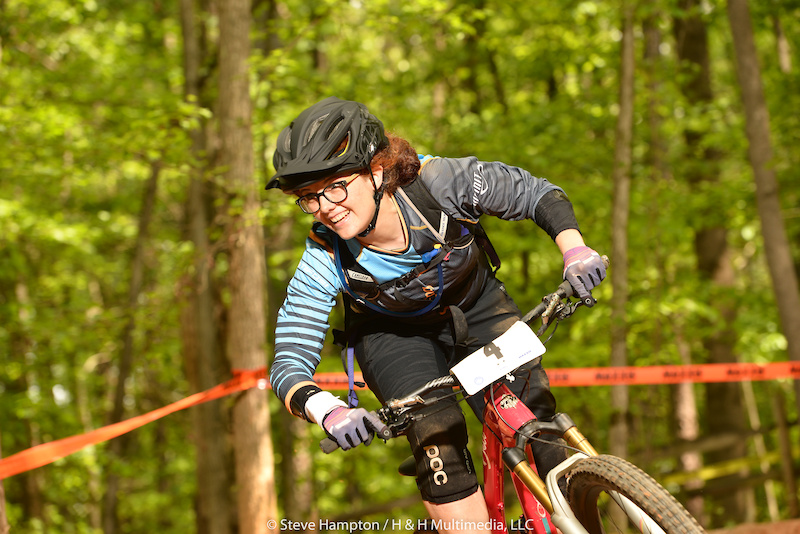 Carolyn Baldwin (Sorella Cycling p/b Hincapi) was back this year with another strong finish on her Yeti Beti. Fifth in Women's Open. 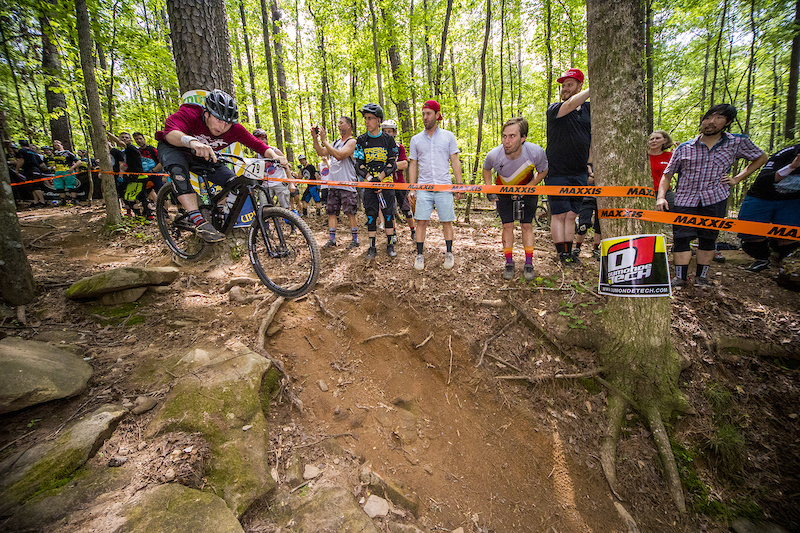 Hecklers in full force, including Maxxis' own Bobby Brown. The rock garden drop on Stage 6, Lunch Line. Sean Kelly dropping in for 9th in Sport Men.

This year’s event featured 150 riders competing for massive swag and prizes thanks to sponsors Fresh Bike Service and Maxxis Tires. New this year, the Team Competition. Teams turned in rosters before the race started with their top five picks for who they felt would score the best in class. Prizes were awarded based on lowest combined scores. Local shop, Blue Mountain Bikes (Blue Ridge, GA), dominated and earned the old-school bowling trophy to keep for the year and pass it along to the winner next year (like the Stanley Cup). 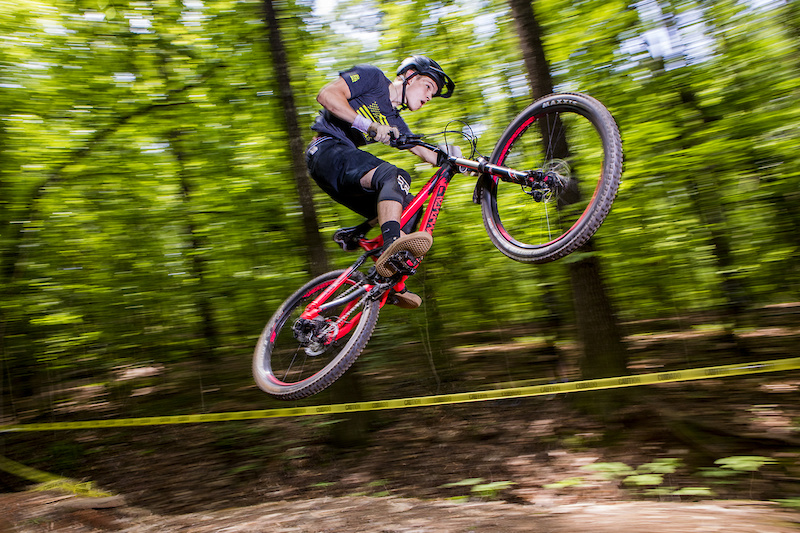 If this was Speed & Style, Cason Smith would have taken the win. Sixth in Junior Men is a solid result among a very competitive field. 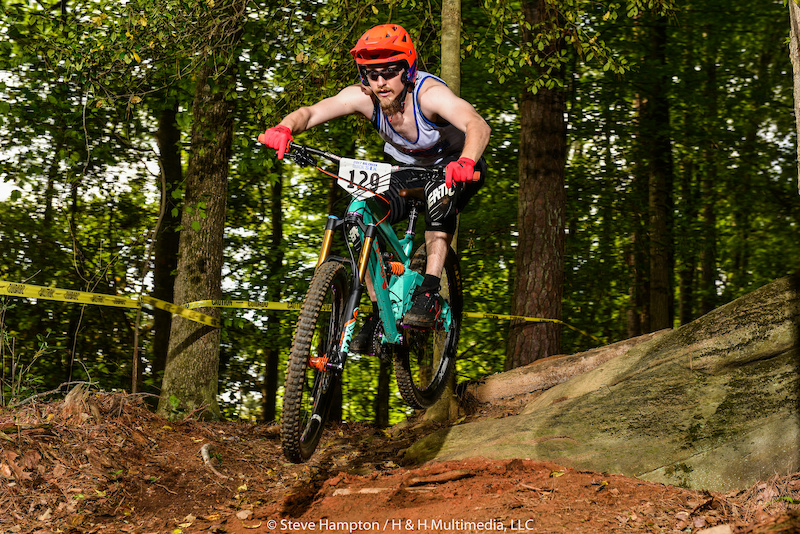 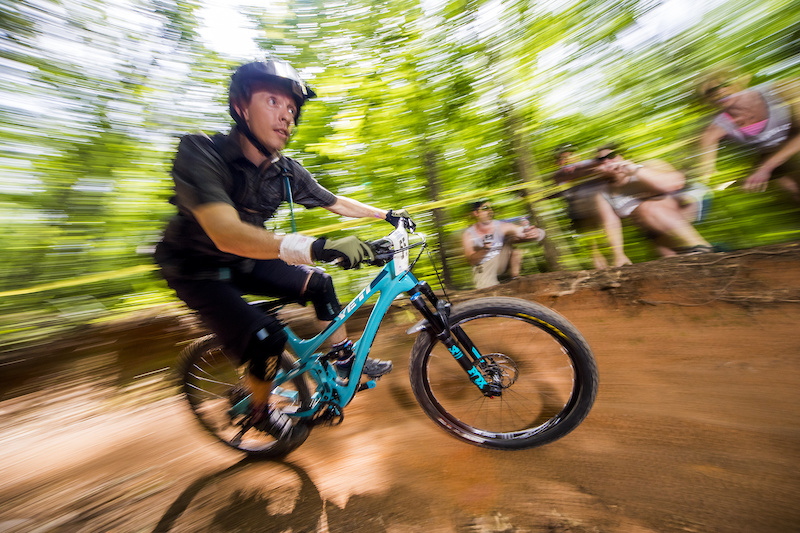 Pan shot Friday. Andy Gress deep in the Gully taking his Yeti to a top 20 spot in Sport Men. Andy's one of many riders who volunteer significant amounts of time to keep the trails in top shape. 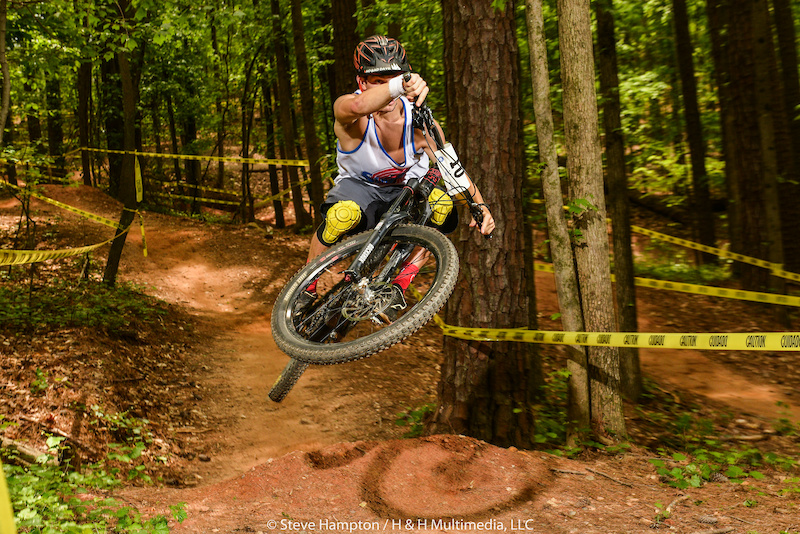 We're glad to see Drew Blankenbecler back healthy after a pre-race crash prior to last year's Quick Six Enduro. He's back faster and steezier than ever. 8th in Expert Men. 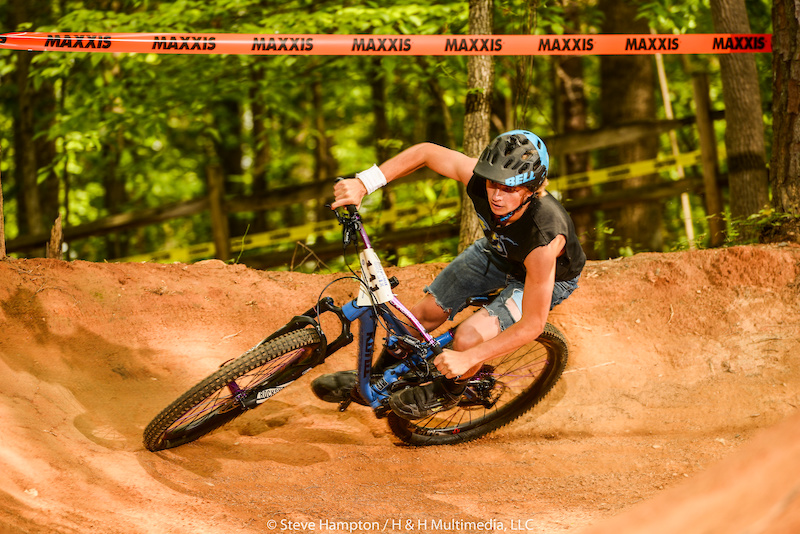 Grant Sullivan (Blue Mountain Bikes) works the huge turn on Stage 4 Honor Roll on his way to an 11th in Junior Men. 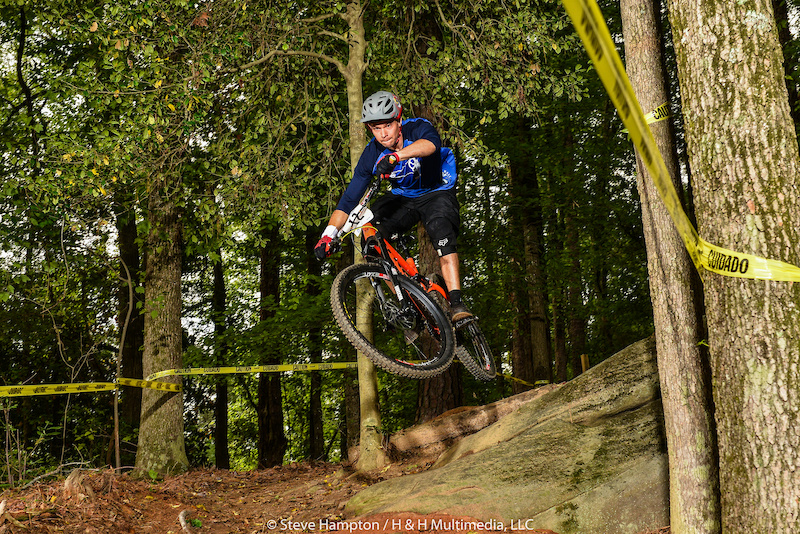 Dan Bornmann was looking strong all day, and earned a 10th in Expert Men for his efforts.

Yeti Factory stud, family man, and US 4X National Champion, Ross Milan flew into MC and keep the swag toss and awards ceremony entertaining. The RAMBO crew would like to thank all racers, volunteers, spectators, event sponsors Fresh Bike Service and Maxxis Tires, and their supporters Atomik Carbon, Bell Helmets, Smith Optics, Pivot Cycles, and Yeti Cycles. Special thanks to 3rd Coast Enduro Series for performing the timing and scoring, TORQ Nutrition, the City of Roswell Parks Department, and IMBA/SORBA for their support to help us raise funds that go right back into our local trails.

slickmissy (May 1, 2017 at 7:05)
This is a rocking event if you have never attended. Great organization and overall smoking time on the trails. Here's the preview video if you want to see what the course was all about. Looking forward to next year.

WaterBear (May 1, 2017 at 7:15)
Very exciting to see coverage of our local tracks and races here on Pinkbike. Big Creek is awesome! So are the great people who make it what it is!

hellbelly (May 2, 2017 at 6:46)
The Big Creek Quick Six has always had a great vibe. The stages are fun, the transfers brief and there is easy access for spectators. It's awesome it has grown into the biggest event out at the park (my home trails). I look forward to many years of this event whether I am trying not embarrass myself too much as a racer or volunteering.