"You can fail at what you don't want, so you might as well take a chance at doing what you love." - Jim Carrey

"Jesus is black, Ronald Reagan was the devil and the government is lying about 9/11." - Huey Freeman

Scientific theory is neither believable or unbelievable, but rather proven or disproven with repeatably verifiable experiments.

VTwintips TransitionBikeCompany's article
May 5, 2022 at 10:42
May 5, 2022
Video: Transition Bikes Makes Vermont Spring Look Amazing in 'Further On'
@5afety3rd: if that were true, you'd have people on mountain bikes for the tour de france.

VTwintips TransitionBikeCompany's article
May 4, 2022 at 18:11
May 4, 2022
Video: Transition Bikes Makes Vermont Spring Look Amazing in 'Further On'
@krystianj: I think 130/140 would be perfect for Vermont; I have a 130/140 Kona Satori myself. I think for the people as a whole, a bit more travel would be useful. Maybe 135-140 rear and 140-150 front. Vermont has a lot of really punchy stuff and Sentinel is a bit damp. You could definetely be fine on that 120mm Transition, but you end up at Highland or Burke etc once in a while when you live there, so personally, I'd target a bike with a bit more travel. The Sentinel would do really well at those locations, but it would be too much for regular trails. Being in a place where the bike does both options pretty well is somewhere between the two options that Transition currently offers in 29". Outside of Enduro or dh, New England lends itself to steeper head tube angles due to tighter, lower speed trails and well-groomed bike parks. There isn't a lot of high speed sandy stuff where really long raked out bikes accel most.The climbs are very steep. The turns are very sharp. And it is hard to flip on the downs.

VTwintips TransitionBikeCompany's article
May 1, 2022 at 8:24
May 1, 2022
Video: Transition Bikes Makes Vermont Spring Look Amazing in 'Further On'
For Vermont, that bike is a freeride bike... which would be super cool. I wish that transition did a 135-145mm version of that bike so it was a bit more balanced up and down. It sure does rip the downhills though. Nice trails! You guys captured that Vermont light really well in those photos.

VTwintips mikekazimer's article
Apr 16, 2022 at 10:39
Apr 16, 2022
Review: Last Tarvo - A Sub-30-Pound Enduro Bike
What bike manufacturer makes a bike designed for people who are 6'3"?? It's always right in between sizes which means large feels like a dirt jumper and xl is a cross country bike in seat tube height. It's surprisingly difficult to be not 6'6" or 6" exactly. 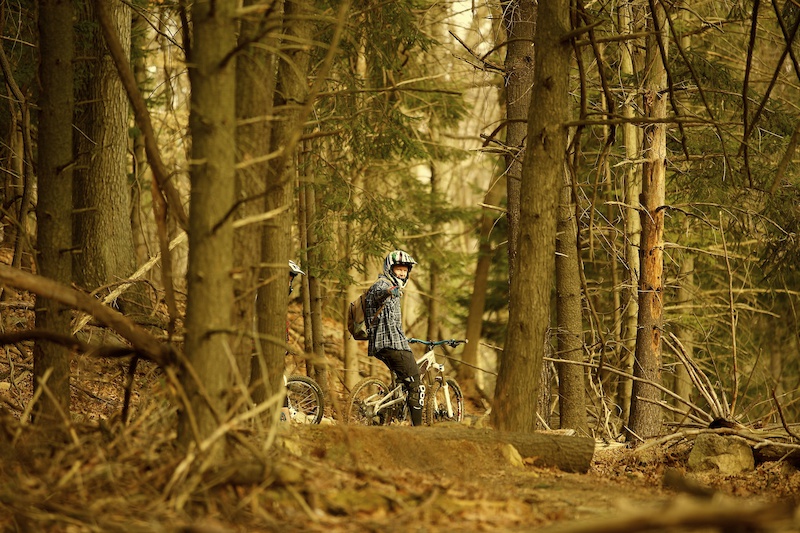