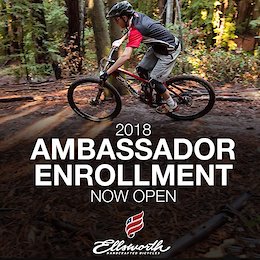 ellsworthbikes ➡ mmakuch
Dec 10, 2016 at 12:46
Dec 10, 2016
@mmakuch from the owner of Ellsworth (and no its not Tony) thanks for providing a balanced commentary to a overly tainted audience. No company is perfect, but we certainly hope our efforts to bring great riding product back into the mainstream do go recognized by the few who keep an open mind.
0 comments – Add comment

ellsworthbikes brule's article
Sep 23, 2015 at 22:21
Sep 23, 2015
What Tyler Found: The Outdoor Demo Day Two - Interbike 2015
That's a good question, @WayneParsons, but we're rolling with what we've got. We're happy to be involved with a brand that has a lot of good history as well. My main intention is to let everyone know that we're listening. And as the Pinkbike crowd has said many times before, we need to pay attention to what riders want to ride. We all need to keep it in perspective, right? And @DHDH, there's no hard feelings. What we've learned (the hard way) is that Abe Lincoln was right. You can't please all the people all the time. We're going to strive to continue making our bikes better and to stay within sight of new ideas and trends. Hell, we'd like to lead the way sometime. We're doing some pretty cool stuff with laminate design right now. While it's not in our 2016 range, our future stuff promises to change the way our bikes are regarded. And as for the jokes, sure we get it. The "dick in the mashed potatoes" was truly funny and caught me off guard. I'm glad I didn't have a mouthful of my lunch while I read that. I should send that guy a t-shirt.

ellsworthbikes brule's article
Sep 23, 2015 at 14:55
Sep 23, 2015
What Tyler Found: The Outdoor Demo Day Two - Interbike 2015
You got it right, @godfather. The drive side pivot between the dropout and chainstay is hidden under the neoprene protector. And yeah, the chainstay is aluminum while the seatstay and front triangle are carbon.

ellsworthbikes brule's article
Sep 23, 2015 at 14:42
Sep 23, 2015
What Tyler Found: The Outdoor Demo Day Two - Interbike 2015
Hey, guys. I'm hearing everyone here. And as crazy as it sounds, all the brutal stuff has some value for us. It hurts sometimes, and opinions are just that. But what I'm trying to do is distill the meaningful critiques and relay this info to our design and engineering guys. Would it be better if no one talked about our brand anymore? Or if no one posted comments when our products were featured? I don't think so. So rest assured, we're aware of where we stand with a lot of folks. But we're all riders too, and we're building a new team here to make better bikes than ever before. And that we can eventually make our carbon bikes here in the US is something that we're proud to work towards. Anyway... to clarify a few technical questions that popped up here in this thread: 1. Our new rockers are stiffer than the last generation rockers even if they don't look like it. As you might expect, we ran computer models on all of this stuff and confirmed the numbers with successful physical testing of last year's vs this year's bikes that show better numbers all the way around. 2. The Dare rearend gets 200mm of travel with anyone's 2.4" tire without buzzing the seat tube. No problemo. 3. That QR that you see on the drive side is simply part of our 12x148mm thru-axle. It's actually a pretty kickass system. The QR threads in easily after the axle is inserted so you can give it some axial preload and keep everything snug. Unlike a Shimano 12mm axle (but like a Syntace X-12 or RockShox Maxle) ours takes out radial play as well. Unlike any other axle system, ours uses a tapered hex shape that keys into the dropout. Likewise, the hanger on the drive side is keyed into that dropout with a tapered hex. This eliminates dropout torsion about the axle. It's paired with a similar, keyed system at the front of the rocker to lock the whole rearend and keep it operating in a single plane. It's stiffer than last year's rearend by a long shot. -Ryan
Load more... 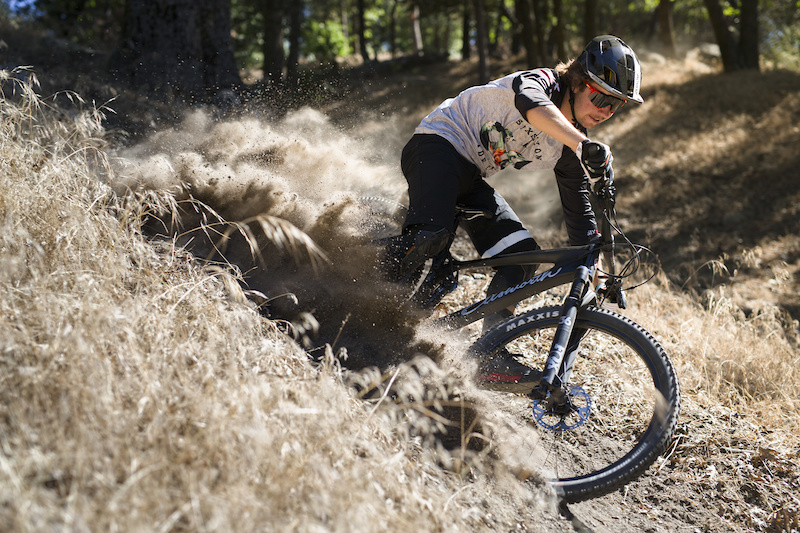