$500 GBP
Dolan Pre Cursa Alpina track fork, seat post and clamp, headset Vision trimax carbon bars (will have fresh tape fitted) Funn stem Dura ace front brake with crosstop lever. New pads and cable inner. SRAM s30al race front wheel, fairly new ultra sport 25mm tire Reynolds 48mm carbon rim laced to a rear halo track hub. Brand new unused vittoria tub fitted on the back 44/14 gearing, stronglight chainring and planet x cnc cog. Fairly new chain SRAM Force carbon cranks Well looked after fixed gear with some pretty high end parts. Much lighter than your average fixie! Weighs under 8kgs if you believe my bathroom sscales. Has done some decent miles but everything is in good condition, with some new parts fitted. I am a professional bike mechanic so this has always been well looked after. There are a few scuffs and chips to the paint but otherwise the frame is in excellent shape. The worst of this is on the chainstay and is pictured. I've got a few spare parts if needed, and can swap out the bull horns for some alloy zipp drops if preferred. Price is negotiable as I'm moving away soon. Can meet in Fife/Dundee/Edinburgh no problem. Would rather not post but I can look into if covered.

jamieridesbikes seb-stott's article
Jan 14, 2022 at 15:00
Jan 14, 2022
Pinkbike Poll: Has Your Shock Ever Failed?
Popular enduro bike, 2017 model year with a yoke. 100% failure rate across maybe ten bikes sold through the shop I worked at the time. Most people went through at least a couple of shocks. Mix of air springs sucking down and dampers blowing due to flex. If you raised a fuss after the second or third they'd just send you a coil which seemed to hold up much better. In all fairness the bike brand sorted it out every time, but the manufacturer of the shock started refusing warranties as they knew it was an issue with this particular frame. One guy went through six shocks if I remember correctly! Couldn't just fit any old shock to it too as they had a proprietary shock eyelet that limited you to only a few options. And maybe giving a little too much away, but another proprietary feature that introduced a few extra seals to the air can definitely compounded the problem. Said brand quickly ditched all the proprietary crap, thankfully! I've avoided yokes ever since, but never had an issue with trunnion shocks! 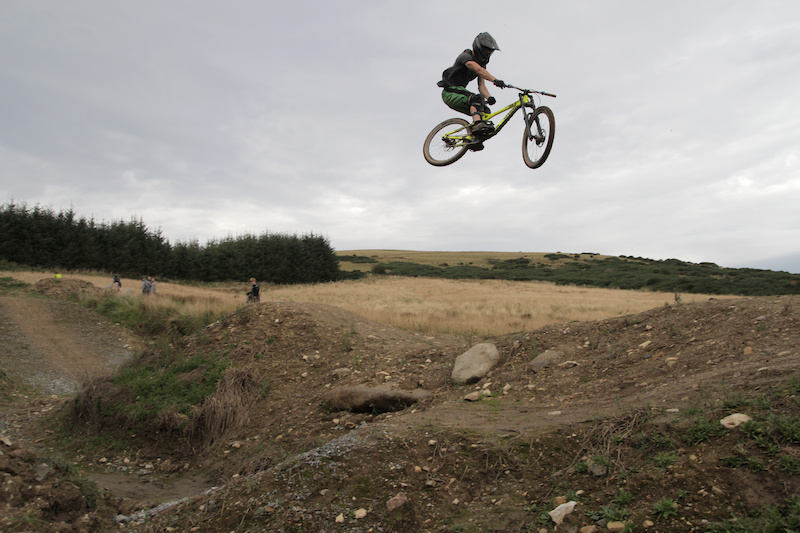