joecrosby alicialeggett's article
Jun 25, 2021 at 10:36
Jun 25, 2021
5 Handmade Hardtails From the ENVE Builder Round-Up
It’s interesting to read that the specific slide-on grip selection is sufficient to “ruin” the craftsmanship of a handmade bicycle. But I’m biased. I think hardtails are lame and Ourys are the best. I don’t even know why I’m here.

joecrosby sarahmoore's article
Feb 28, 2020 at 8:03
Feb 28, 2020
Round Up: 10 Canadian Manufacturers Making Exciting Stuff
I didn’t realize all Canadians were machinists. 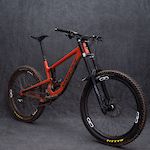