sheldonuvic Tannus's article
Sep 20, 2020 at 14:12
Sep 20, 2020
Video: Wild and Loose Freeride Lines with Dr. “Downhill” Brill
Rad! As someone who had to search for a few years to find a doctor able to reconstruct my ankle after a ski incident that would work with me on a recovery plan and actually listen to what my definition of skiing is (not two laps of the bunny hill followed by 5 hours of apres), I totally appreciate your take on medicine and recovery. Also, the inserts are great. Had mine for about 3 weeks and since we’ve had rain I don’t remember ever feeling so planted. 10/10!

sheldonuvic danielsapp's article
Sep 4, 2020 at 19:52
Sep 4, 2020
Pinkbike Poll: Would You Rather Shuttle or eMTB?
Comments like this always make me scratch my head. Is climbing not fun?

sheldonuvic briceshirbach's article
Aug 25, 2020 at 9:25
Aug 25, 2020
Back to the Trails: Whistler, BC
@twinone: First, to clarify, I was pointing out the error in the blanket generalization of Squamish north to Lillooet as occupied traditionally by the Coast Salish peoples, rather than the specific area of Whistler referenced in this article. In response to your question re: interpretation, Lil'wat as an example, shares cultural and kinship ties to the Stl'atl'imx, while traditionally having occupied territory that extends to the Pacific Ocean. What follows is completely anecdotal, however I have never heard of the Lil'wat people identifying as Coast Salish in any official capacity, and I have heard the term Interior Salish being used less and less in favor of Stl'atl'imx. I am by no means an expert when it comes to the familial and cultural histories of the Lil'wat, however I am confident in saying that generalizing Squamish north to Lilloeet as traditionally Coast Salish is incorrect.

sheldonuvic briceshirbach's article
Aug 25, 2020 at 6:29
Aug 25, 2020
Back to the Trails: Whistler, BC
Lol who wrote this? The Lil’wat (and all of the other unique First Nations that occupy territory north towards Lillooet) are Stl’atl’imx, not Coast Salish. Nice job research team!

sheldonuvic edspratt's article
Jun 27, 2020 at 10:29
Jun 27, 2020
Bike Check: Jesse Melamed's Rocky Mountain Slayer
@JesseMelamed: Was this when all your kit got stolen? If so, great introductory story! 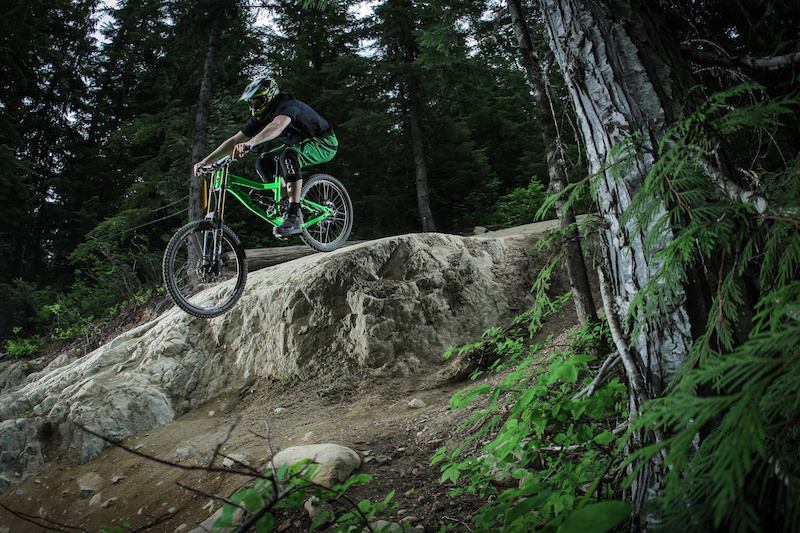 MUST WATCH: Gee Atherton Gets Hunted by a Falcon
6 Jun 2013