showmethemountains dan-roberts's article
Aug 5, 2020 at 13:09
Aug 5, 2020
Giant Announces an Updated Trance X 29 with More Travel
@dihanventer: Most car companies do that. US laws on crash safety, emissions and even things like headlight design, are different enough from the rest of the world that it adds a lot of expense to design them to be globally legal or redesign them for the US and then more expense to have them crash tested and each drivetrain version separately emission tested. Even Ford has many vehicles they don't sell in their own country. And Canada gets the same deal by proxy because their emissions laws track with the US laws and changes to make it easier to get all the US car models in Canada Bicycle certification laws in comparison are so much simpler and more globally similar that bicycle companies can't use this excuse.

showmethemountains mattwragg's article
Aug 4, 2020 at 15:20
Aug 4, 2020
Bike Check: Adrien Dailly's Beefed-Up, DH-ready Lapierre Spicy
@tacklingdummy: Instead of a jersey, he can hire a sharpie artist or print some custom temporary tattoos. Imagine the brand exposure with your logo displayed on Adrien's chest or dangerholm's quads

showmethemountains mikekazimer's article
Jul 30, 2020 at 10:14
Jul 30, 2020
First Ride: The New EXT Era Fork is Very, Very Promising
@boostin: Yes, the Manitou Mars air springs were really good! The coil spring was larger than this design, so it did a proportionally larger amount of the work so getting the right weight spring was important. They probably ditched it for that reason (stocking different springs, people won't like how it feels if they don't know to swap springs) and the extra weight. But my 2007 Minute had incredible small bump compliance and traction!

showmethemountains mikekazimer's article
Jul 30, 2020 at 10:08
Jul 30, 2020
First Ride: The New EXT Era Fork is Very, Very Promising
Dual crowns and a larger diameter axle can do *a lot* to make a fork like the Boxxer stiff enough even with smaller diameter stanchions. And yes, the 36 is known to be flexier than its competition.

showmethemountains mikelevy's article
Jul 30, 2020 at 9:19
Jul 30, 2020
The Pinkbike Podcast: Episode 16 - Who's Your Mountain Biking Hero?
Ned Overend. He would be a MTB legend just for his XC racing accomplishments in the 80's and early 90's. He was inducted into the MTB Hall of Fame 30 years ago. Then he won a couple more NORBA championships in his late 30's. He nearly qualified for the Olympics at 40. He won a couple Xterra world championships (off-road triathlon) in his 40's. And the US singlespeed championship at 55, and the US fat bike championship at 60. He just kept going and going! He found a good balance of taking care of himself and pushing himself, fueled by a passion for riding and being outside I'm not old yet, but he is an inspiration to what becoming an old mountain biker can look like

showmethemountains sarahmoore's article
Jul 29, 2020 at 11:02
Jul 29, 2020
Field Test: 2021 Cannondale Scalpel - Deceptively Fast
@brianpark: in 2005 that bike represented the pinnacle of their engineering, material science, fabrication, etc and those things didn't come free. The 2005 price was also based on what they thought customers would be willing to pay for the best thing currently available. At the very least they now see potential customers willing to pay almost twice as much to have the best thing currently available

showmethemountains sarahmoore's article
Jul 29, 2020 at 10:24
Jul 29, 2020
Field Test: 2021 Cannondale Scalpel - Deceptively Fast
Yes, the top-end bikes have definitely gotten more expensive. I looked up the top of the line full-suspension XC bikes from Cannondale (Scalpel Team Replica) and Trek (Top Fuel 110) in 2005. When you adjust for inflation, both would cost around $6600 in today's dollar

showmethemountains aidanoliver's article
Jul 29, 2020 at 8:53
Jul 29, 2020
Round Up: Carrying Solutions From the SilverStar Crankworx Summer Series Enduro
My own personal Lakitu (Mario Kart cloud guy) to rescue me?!
Load more... 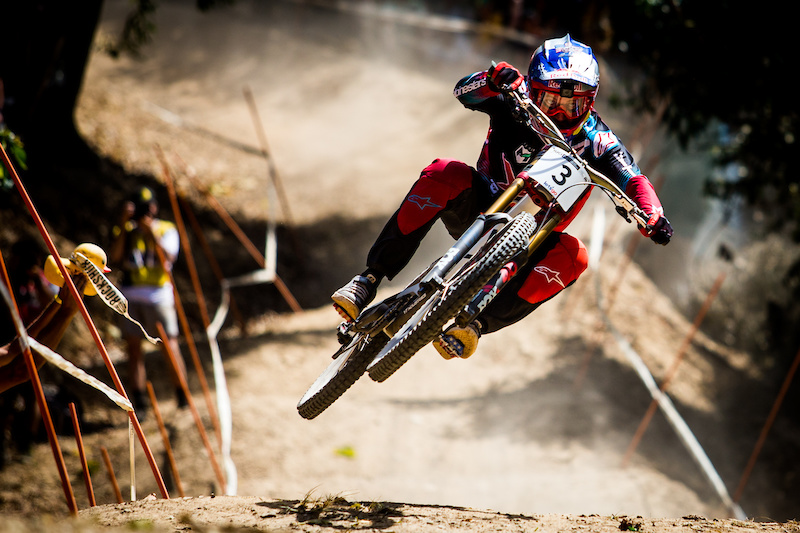