sxman1 norcobicycles's article
Sep 12, 2019 at 10:22
Sep 12, 2019
Video: Norco Bicycles Announces New Range VLT E-Enduro Bike
Having extra power to get into long back-country rides or to go higher, and more laps, up steep access roads does make E-bikes a no brain'er to beginners and veteran riders a like. But something isn't just right about it still to me, did anyone else see how the rider in the video's "pop" off things look a bit odd, like how no matter how you balance the motor and battery, and put it in a carbon frame, its still extra weight. I've been riding for over a decade and the challenge as always been one of weight. As MotoGreg pointed out though, its a really good alternative to shuttling in a gas burning vehicle, no matter how efficient it is, it's still burning a non-renewable energy source. I have seen 1 of these E-bike Norco Ranges already this summer and near sunset the Large rider, non offence meant, just pointing out a fact that this machine could transport a range of riders, went "screaming" up hill, I was on my way down, and I saw him then finish his ride just as the light was getting really low. It was a 5km plus climb and nearly 4km down, it was something to think about. I am not advocating for e-bikes, as I've been in this sport for so long I can't help but think how the slow climb has added to the enjoyment of riding, although I still am not a strong climber, it's the "earning my turns" feeling of accomplishment. In the end I think yes, this is a good step in the right direction for the environment. But it's also not, as more people get into riding more trails will be ripped up. This is not a cut and dry subject. So I am left thinking, is this a case of "It's not broken, so don't fix it" for those who peddle up hill to get to the down, or is this something that could become normal? as it seems e-bikes are catching on.

sxman1 BCBR's article
Jan 8, 2019 at 21:09
Jan 8, 2019
BC Bike Ride Announces Expanded Tour Packages in British Columbia
Oh I forgot I was just days behind the BC bike ride crew, I was told of there big setups and lots of setup and teardown time ahead and after them.

sxman1 BCBR's article
Jan 8, 2019 at 21:06
Jan 8, 2019
BC Bike Ride Announces Expanded Tour Packages in British Columbia
@drevisuals: it a depends where you go, I did a week in northern BC for about $500, 6 days, that's food, gas and a little of paid camping. Just google maps or earth the area, find a flat spot or open are to park your car(sleep in side of/use a tent) cook your own food, find a nice lake to clean your self, I've even done this in squamish many times. You just have to think out of the box and like a 1940's out doors man, excited you have a car and a Mtn bike of course.

I have lived in Masset now for a year and would love to know where some trails are. I saw you guys and your trucks when you where at the grind coffee shop across the street from the coop. I couldn't go talk at that time though.

sxman1 mikekazimer's article
Jan 21, 2018 at 14:38
Jan 21, 2018
Pinkbike Poll: Does the Current Method of Mountain Bike Classification Make Sense?
@StevieJB: That's sounds perfect, you summed it up perfectly! But do you remember when "all mountain, Enduro" where Called mid-travel bikes. that was to vaque, I think if bike sales people used your discriptions there would be lots of educated newbies out there.

sxman1 mikekazimer's article
Dec 28, 2017 at 22:42
Dec 28, 2017
Ride More, Think Less - Opinion
Ride it like you stole it!! I had that written on my replacement lowers after just 6months, those were the Italian made marazzovhi's 66's! There is alot of trueth and wisdom in this article

$20 CAD
Regular Spacing Formula (specialized) stamped Hub. Replaceable bearings in hub. 10mm though axel. hub spacing measures 135mm (I am not sure if I measured that right I do believe it is a standard size, even if it seems to be 5mm short) The Axel measures 150mm between the one end to the inside of the threads.Ten speed cog, 11-36tooth. Stainless steel spokes. Wheel has a bit of a flat spot on it..Other then that the rim lasted longer then the bike it was on (2007 Specialized SX trail). I moved onto 650B wheels and need to clear out the old parts. Send me a text for quickest respons.778-668-0061, as well I moved to Masset BC now. 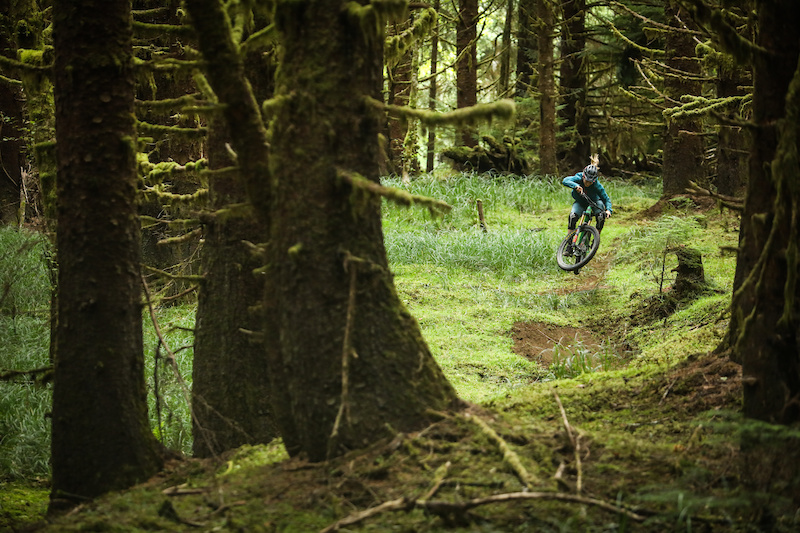