$2200 USD
Hi Pinkbike, Looking to sell my 2018 Remedy 7. It's in basically new condition, has a decent amount of riding on it but nothing crazy. Stock except for Chromag Overture Seat (have original Bontrager and will include), Sensus Lite Grips (also have the ones that came with it). It's got the Deity polymer flat pedals, and the hub has been upgraded with the +3 pawls for faster engagement. Bars chopped to 760mm from 780. Other than that I added a bottle cage and removed some stickers, keeping the mudguard. I'll ship wherever you like if you pay for it, will drive within an hour or so of the Philadelphia area to meet up local.

teamdinosaur danielsapp's article
Jul 13, 2019 at 14:09
Jul 13, 2019
Pinkbike Poll: How Much Time Do You Spend Riding Each Week?
@Phillyenduro: For sure! First time in my life I’ve been able to ride from home to the trails it’s like a mile for me to get into the Wiss. Sometimes I catch myself wishing the trails weren’t uphill both ways but complaining about a pretty rad network that close to home would be absurd. 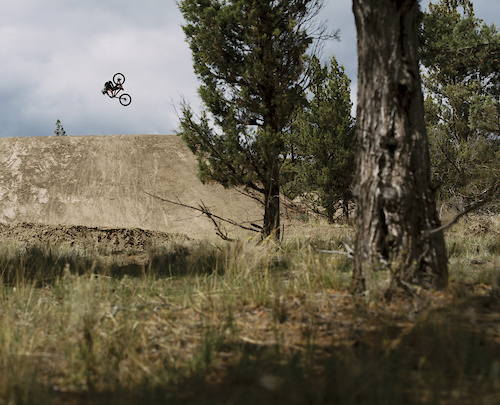 $900 USD
Selling my 2012 Session to help fund a new trail bike. I just don't get to the bike park enough (only ridden this a handful of times in the past couple seasons) and am local to some decent trail riding, so it's time to say bye to the DH rig and get on that one-bike-for-everything life. Bought used from a friend who had stripped the frame and rattlecanned it black, so it looks a little rough but rides nice! The remaining black is just spraypaint so it would be fairly easy to raw it out as well. Frame has no dents or cracks. The rear is raw, and just had a rebuild with all new bearings that haven't been ridden other than a quick spin around the neighborhood. Suspension is working fine overall and hasn't given me any issues, but it is probably about ready for a service/rebuild. Parts: Fox 40 (air) *I am not exactly sure which internals are in this fork. It is the older style chassis but I believe it is full air, not that one air/coil hybrid that fox did w/trek. Suspension is the one part of bikes I have never messed with on my own so I didn't want to take it apart. It has high and low speed compression and rebound adjustments. Rockshox Vivid Air Deity direct mount stem Blackbox Steve Smith Bars Bontrager wheels + Tires New Shimano Saint front break, Avid Juicy carbon rear Saint derailer (no shifter or cable, currently set up as a singlespeed using the limit screws) Deity 3-pc cranks, Truvativ Pedals, e-13 Chainguide, Deity chainring New Shimano Chain Chromag Liason Seat, bontrager post and clamp Very well worn chromag grips, if you're like me you'll love them as they're thin and super sticky. If you like new grips you will hate them and want to get rid of them immediately. I think that's everything but please reach out with any questions or offers! I am open to offers, I understand that it is not super pretty, but it rides nice and has a lot of life left in it. If you are looking for a fun DH bike to thrash at the bike park or are looking to get into DH she'll serve you well! Thanks, Tyler $300 USD
Selling my 20" to help fund a new trail bike. It was bought from a friend mostly complete a few years ago, and the frame has seen some use but is still in decent shape, (most of the other parts are much newer). There is one very shallow dent in the top of the downtube, no cracks or large dents. I mostly used it for cruising around and some light skatepark riding, just carving around some bowls. The frame looks a little rough as it was rattle-canned camo, and when I stripped it there is a bit of the tan/green left, and some of the original black came off so there is some light surface rust on the TT. That should clean that up pretty easy then you could re-paint or run it raw or whatever. The only real issue is that when I got it, the bolt for the wedge post (no seat clamp on the bridge frame) and seat was stripped, so If you want to change the seat or even adjust the height, that will be a project. Need to get this thing sold so shoot me an offer! Hit me up for more photos! Scavenger Bridge Edwin DeLarosa Signature frame ( I believe it's 21.25 TT) Animal Headset and Front load stem Animal seat and pivital wedge post Tree Moto bars 9" x 30" Sensus Swayze Grips (like new) Animal PC Pedals Animal/Skavenger rims, Animal front Hub, Primo rear w/9 tooth driver Primo Cranks Tree 30t sprocket (like new) Half-Link chain Odyssey Aitken front/ Hawk rear tan wall tires (like new)
Load more...
14,879 views