Advocates of the Year Winners

Trailforks Advocacy Awards are never easy awards to hand out. Not because it's difficult to find individuals or groups deserving of this award, but the complete opposite. Not a day goes by that we do not hear or read stories of individuals or groups going above and beyond when it comes to protecting, investing and advocating for public spaces and trails we choose to recreate on. This year's class of winners are doing exactly this. Each group has dedicated their time and resources to make sure we have these public spaces and trails to recreate on now and into the future.

Without further ado, we would like to recognize the following groups for everything they have done in the field of advocacy, Minneapolis Bike Parks, California Mountain Bike Association, Tweed Valley Trail Association, BIKE EREMUA Bikers Association, and Terrace Off Road Cycling Association. 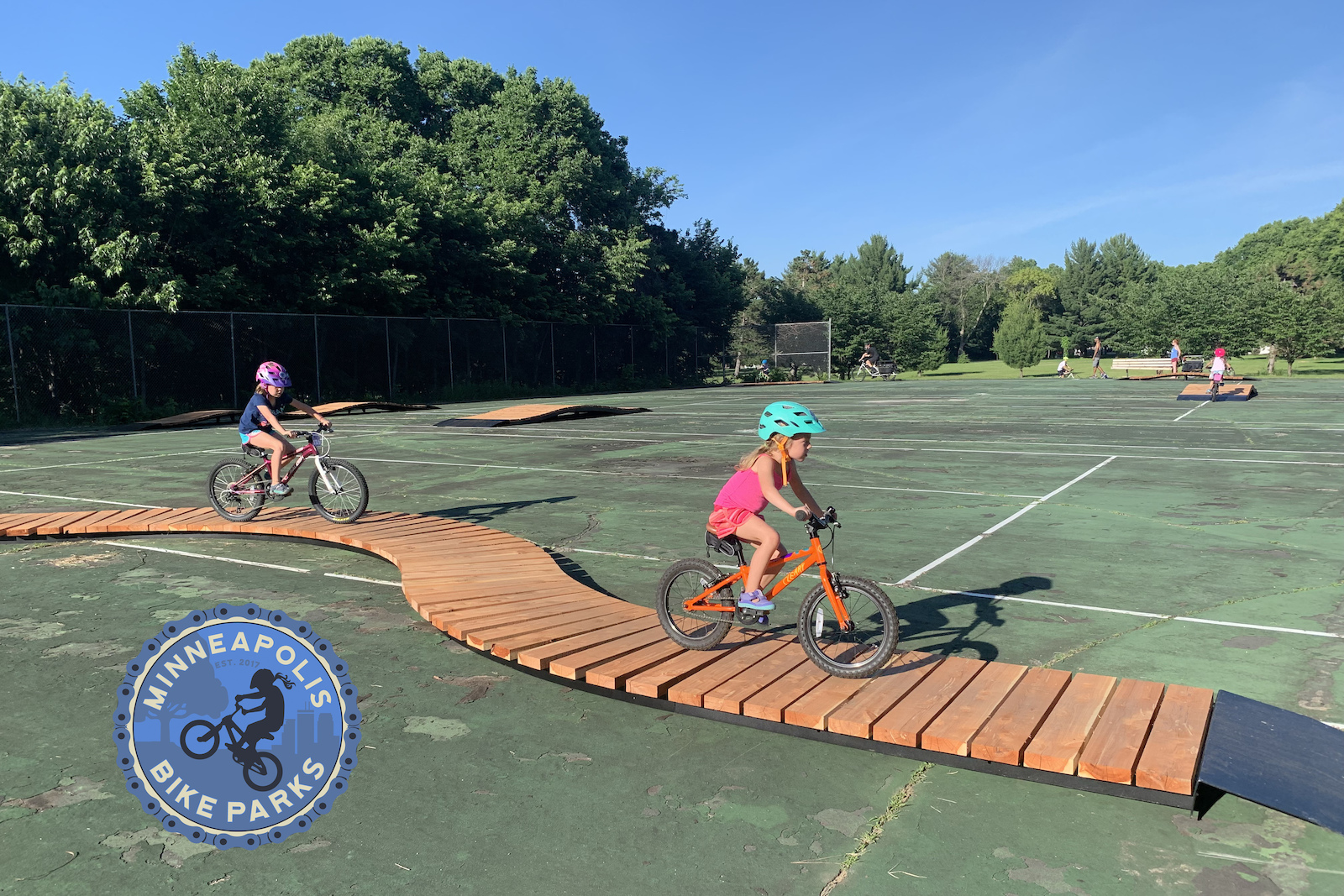 As our urban areas continue to expand, more than ever there is a need for local advocacy groups to maintain and secure more open spaces for recreation within big cities. The residence of these urban areas deserves safe, dedicated, family-friendly spaces where they can learn and play on their bikes without having to worry about traffic or other pedestrians. But a lot of times these dedicated spaces are not included in city master plans. Minneapolis Bike Parks, a grassroots organization located in Minneapolis, MN is confronting this issue head-on. They are working alongside community members and the Minneapolis Parks and Recreation Board to ensure bike parks (bicycle playgrounds, pump tracks, skills courses, and single track) are included in Minneapolis neighborhoods and regional parks. The example Minneapolis Bike Park has set will hopefully encourage more advocacy groups to follow in their footsteps and work towards securing spaces within their communities so our youth have a chance to learn to ride their bikes in a safe, family-friendly environment. 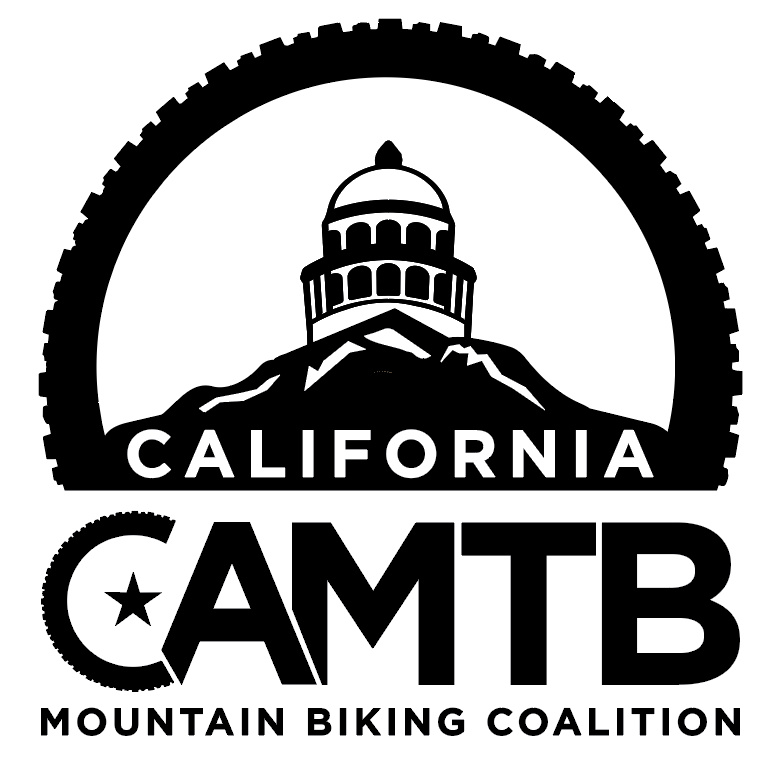 There is no hiding the fact that California has its own unique set of problems when it comes to securing public land access that is open and free for all to use. There are many individuals and groups doing great work in their own respective regions but California has been missing a unified voice to help coordinate mountain bike advocacy efforts statewide. The California Mountain Bike Coalition was formed to do exactly this. The group hopes to follow in the footsteps of some other very successful statewide advocacy groups like the Evergreen Mountain Bike Alliance, the Vermont Mountain Bike Association and the New England Mountain Bike Association. The formation of the California Mountain Bike Coalition is a step in the right direction and hopefully means more unfeathered trail access for the mountain bike community in California. 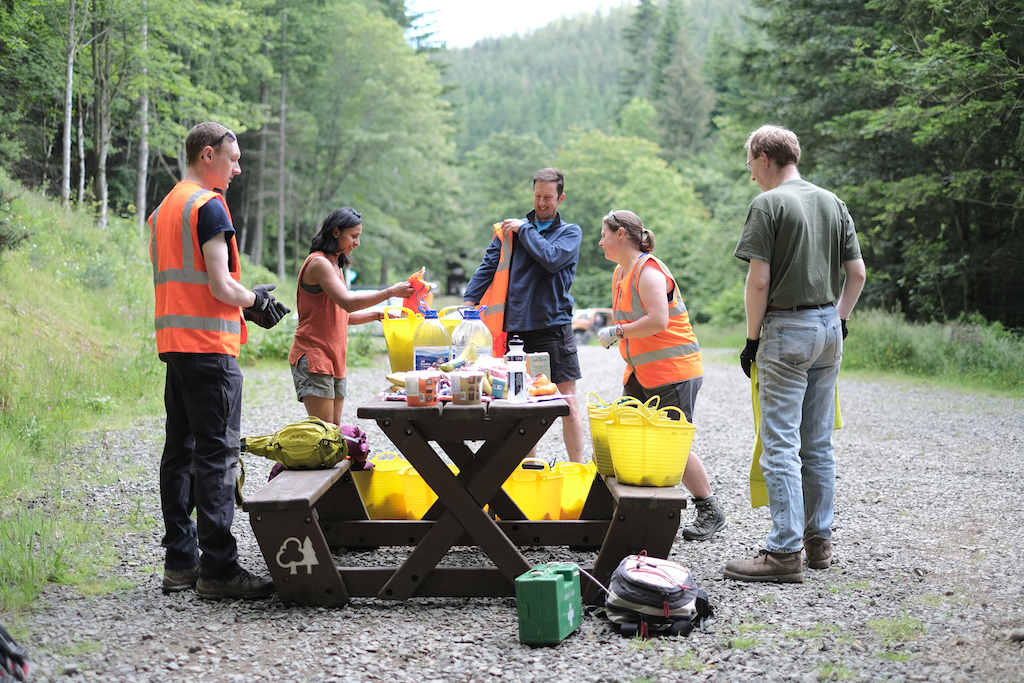 Tweed Valley Trails Association is only just starting their second year of operation, but have made quite a name for themselves within the Scottish mountain bike community. TVTA became the first trail association to sign an agreement with Forestry and Land Scotland (FLS). This groundbreaking agreement saw TVTA officially take over the maintenance and management of some once unofficial trails within Caberston Forest, commonly known as 'The Golfy', a very popular mountain bike destination in Tweed Valley.
Mountain bikers across Scotland and the world should applaud the tremendous amount of work put in by the TVTA, Forestry and Land Scotland (FLS), and the large numbers of volunteers who have turned up at the dig days. Their positive working relationship means that locals and visitors to Tweed Valley will be able to enjoy a safe sustainable trail network now and long into the future. 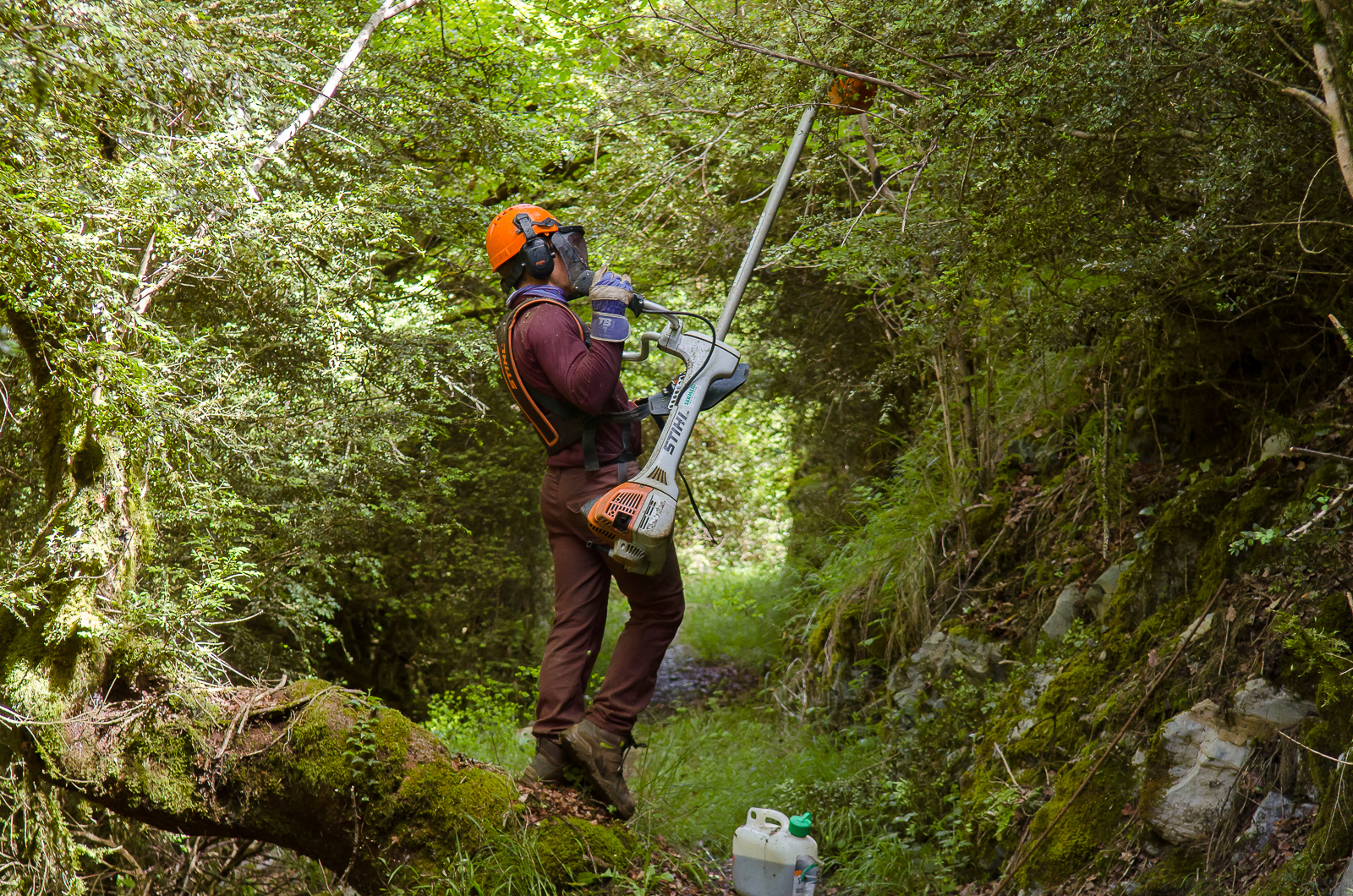 It's amazing what can happen when you have a group of like-minded individuals with a passion to turn something old and forgotten into something new and great. It was just over two years ago an informal riders club came together and formed BIKE EREMUA Bikers Association. They, along with the support of local businesses and the council of Esteribar Valley in Navarra, Spain, started the process of resurrecting some old historical trails. Out of their dedication and hard work a new destination trail center emerged, Eremua MTB and Trail Space, offering 15 routes suitable for all skill levels of mountain bikers and trail runners and a welcome center, which include showers and accommodation services for its visitors. Right from the start, the objective was to develop an initiative that would promote rural development in these depopulated valleys that would return life and adventure back to these areas. Without question, BIKE EREMUA has succeeded. Just goes to show you, anything is possible when you combine passion, an idea and a whole lot of hard work. 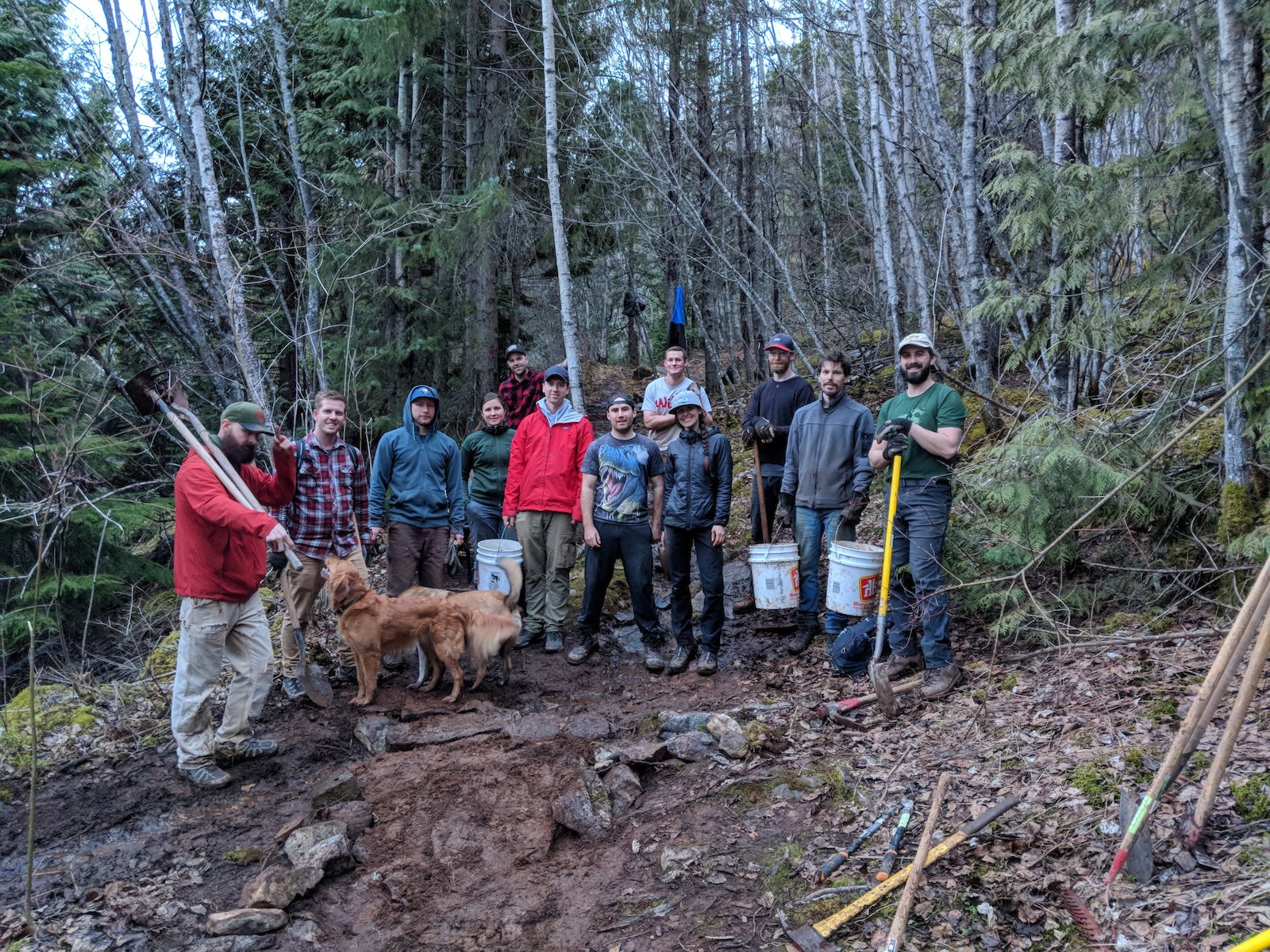 When it comes to mountain biking in BC, one's mind would normally gravitate to places such as the North Shore, Squamish, and Whistler. But there are many groups doing a tremendous amount of work behind the scenes and on the ground promoting and growing the mountain bike scene in the Northern regions of BC. The Terrace Off Road Cycling Association is one such group. TORCA has put countless amount of time and effort into their cycling infrastructure, solidifying themselves as a truly destination-worthy place to visit or call home. Their most recent endeavour, which has been dubbed, 'The HuB Project,' is a collaboration with the City of Terrace and aims to provide beginners and new riders the opportunity to hone their skills in a planned progression style skills park. The HuB will also create an important connection between downtown and the trail network, eliminating the need to rely on vehicles to get rides to and from the trailhead. The project will see the rehabilitation of some existing trail, the addition of 1.5km of new trail, a run bike-friendly trail, progressive skills area, and a pumptrack. It's great to see trail associations like TORCA spearhead projects like these. They see the importance of engaging these new riders, especially the youth as they will become the next generation of advocates ready to carry on the job of growing and promoting mountain biking in Northern BC.

bedell99 (Dec 23, 2019 at 13:09)
Evergreen Mountain Bike Association. The MTB association in which all others are measured.

ethanm (Dec 23, 2019 at 14:01)
Evergreen does great work. However, if you bike around the world you will see that even Evergreen could learn a thing or two. Thankfully, we are in a time of strong advocacy with talented trail builders.

highfivenwhiteguy (Dec 23, 2019 at 14:09)
@ethanm: How so? I do not mean that in a combative way, I am just not very familiar with what other advocacy groups are up to compared with EMBA. What are some of the things that you believe could be improved, removed or added? We locals and members have our own list of things that could be better but an outside perspective is always welcome!

JDFF (Dec 24, 2019 at 8:43)
@ethanm: One thing to consider is that Evergreen operates in the good 'ol USA and has to deal with a myriad of politics, land management issues and legalities. Probably holds them back at times and slows process, so to do what Evergreen does in Washington State is pretty amazing considering.

michaeldorian (Dec 25, 2019 at 0:53)
I’m surprised Evergreen is not on this list. In the states they are the gold standard in which others are measured in my opinion.

jefferb (Dec 25, 2019 at 9:20)
Evergreen is amazing. They just keep improving/adding and bringing new riders into the sport

flymiamibro22 (Dec 25, 2019 at 21:32)
Darrington. Evergreen opened not just one trail, but a *network* of world class shuttlealbe trails in an economically deprived area. Their accomplishments are off the charts this year.

kamsbry (Feb 10, 2020 at 15:04)
@highfivenwhiteguy: As someone who dedicates 10-20 hours a week to helping Evergreen run, we always have stuff to learn and improve on. It's a journey and I don't see it ever ending. Part of my role on the board is to take criticism from the community and see how we can keep doing better. Seeing smiles on rider's faces is worth more than any award.

ckcost (Dec 23, 2019 at 14:39)
+1000!!! When you build and maintain awesome trails, that's great. But when you build and maintain awesome trails, establish your previously economically deprived area as a MTB tourism hotspot thereby creating jobs thru tourism AND trailbuilding and then grow that model into other nearby regions ..... THAT is what Im talking about!!!!!! Not only that, but they are doing it within the complex political and regulatory framework that exists in California....Boom. Proud to support as a Core Member!

Beejam (Dec 24, 2019 at 0:16)
Got to give a big shout to Eremua. From the beginnings since 'Carboneras' its grown with a lot of hard work from Eugi locals and others to gain this recognition. Congratulations. Its a stunning and awsome place to ride with never ending ripping turns through open beech forest.

surflife64 (Dec 23, 2019 at 14:32)
Much respect to all the trail advocates mentioned. Would like to also say a thanks to Central Coast Concerned Mountain Bikers and the Santa Maria Valley Open Space for the local trail work here in California!

withdignityifnotalacrity (Dec 23, 2019 at 18:35)
Swung through Prince Rupert on a cruise years ago on a family vacay, rented a scooter and explored a little bit. Place looked enchanting. Would love to make it up again some day.

jofn00 (Dec 23, 2019 at 20:51)
What about MBOSC? One of the best flow trails in the world is maintained by them and just announced a trail expansion in the area.

jdb06 (Dec 24, 2019 at 8:42)
the California Mountain Biking Coalition was made in response to the inadequate support mountain bike associations would receive from IMBA

EckNZ (Dec 24, 2019 at 13:50)
This is so much more important than the last bike component. Mountain biking is nothing without places to ride.

atoine (Dec 24, 2019 at 7:27)
But no one cared to mention this advocacy group: www.instagram.com/black.trails.matter