Details Announced for 2019 US Open of Mountain Biking 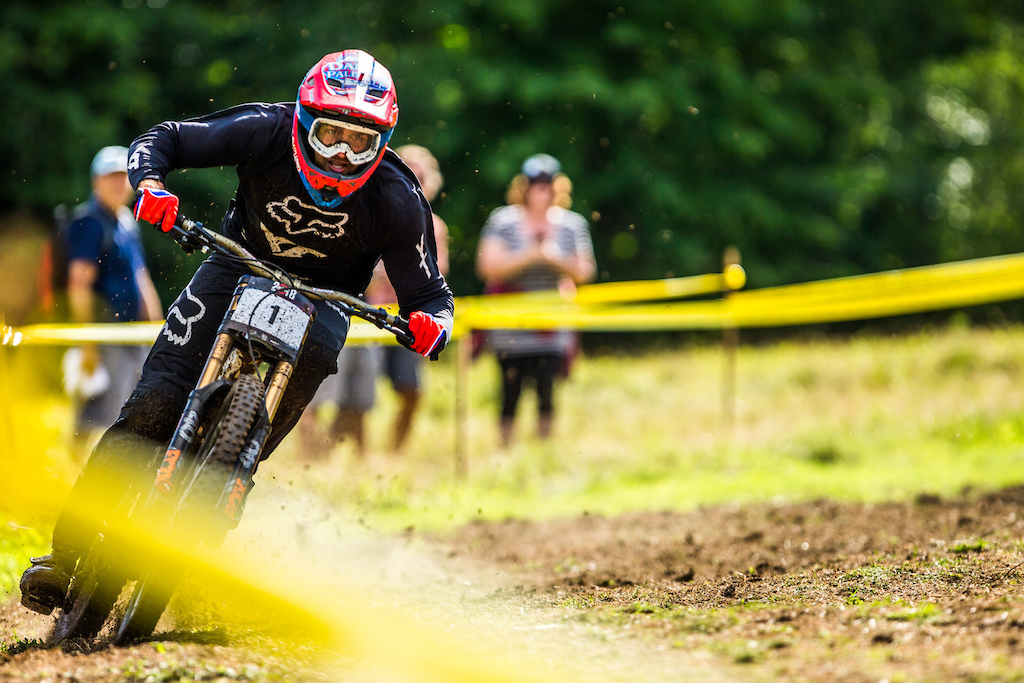 Neko Mulally on his way to winning the 2018 Fox US Open Downhill
PRESS RELEASE: Fox US Open of Mountain Biking

The Fox US Open of Mountain Biking has announced the 2019 race event will be hosted at Snow Summit Resort in Big Bear Lake, CA on September 12-15th. The event has been held on the east coast since its inception in 2003, and 2019 marks a new chapter in US Open history as it takes place on the West Coast for the first time. Fans and racers can expect the same thrilling open class downhill racing and new for this year, the Fox US Open will also be the final stop of the EWS North American Enduro Series.


Snow Summit played host to some infamous NORBA Nationals back in the 1990’s and more recently they have been turning heads with their Crafts and Cranks event that draws thousands out to Big Bear Lake every summer. The terrain is classic Southern California, featuring fast and loose trails with plenty of sunshine and great views of the lake. 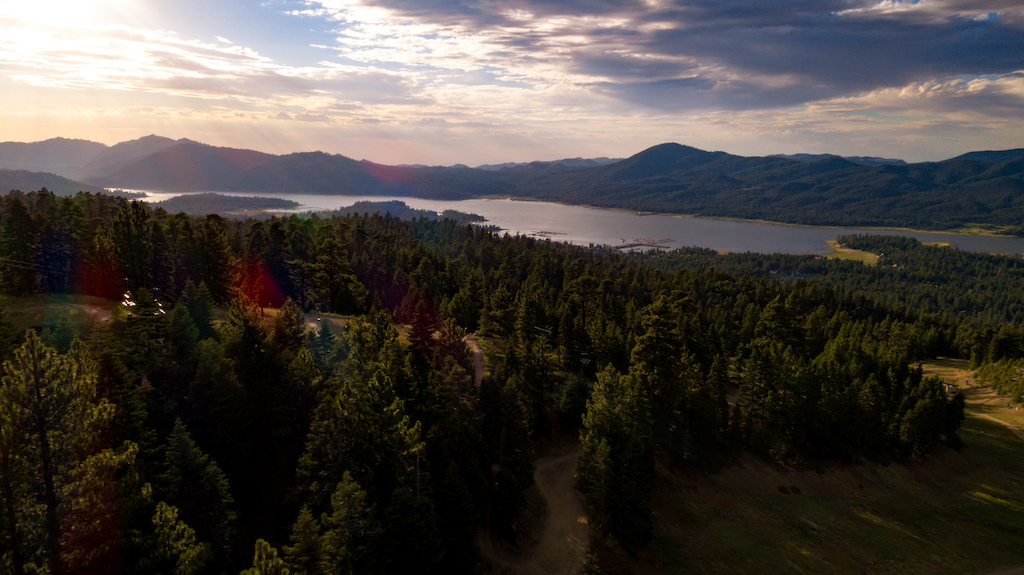 The view from Snow Summit Bike Park is always good
The Fox US Open gives up-and-coming racers the chance to step up and race against the pro’s in the Open class downhill event. Event organizers are once again looking to up the ante with a $10,000 first place prize. As always, the amateur classes will compete for bragging rights and awesome prizes. Young racers will have their shot in the USO’s quickly growing Next Gen Youth Downhill event. With age categories for intermediate and expert racers under 15 years old, this event gives kids a real racing opportunity on a separate track. 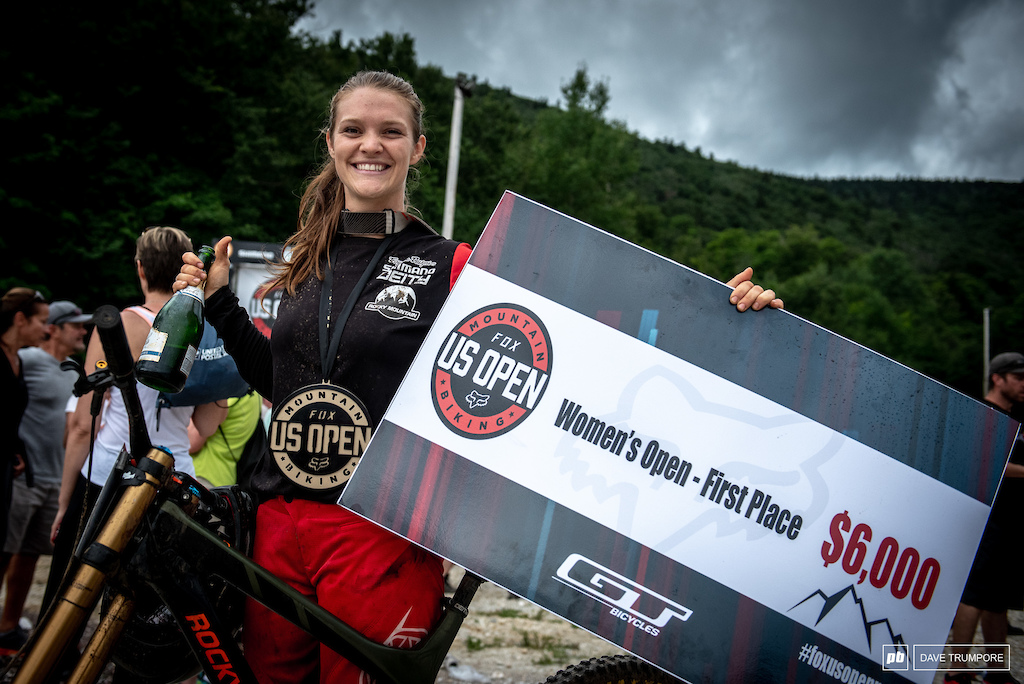 Vaea Verbeeck with the big check in 2018
As the final race of the EWS North American Series and a new stop on the California Enduro Series (CES) schedule, Fox US Open organizers are looking to expand their commitment to enduro racing. 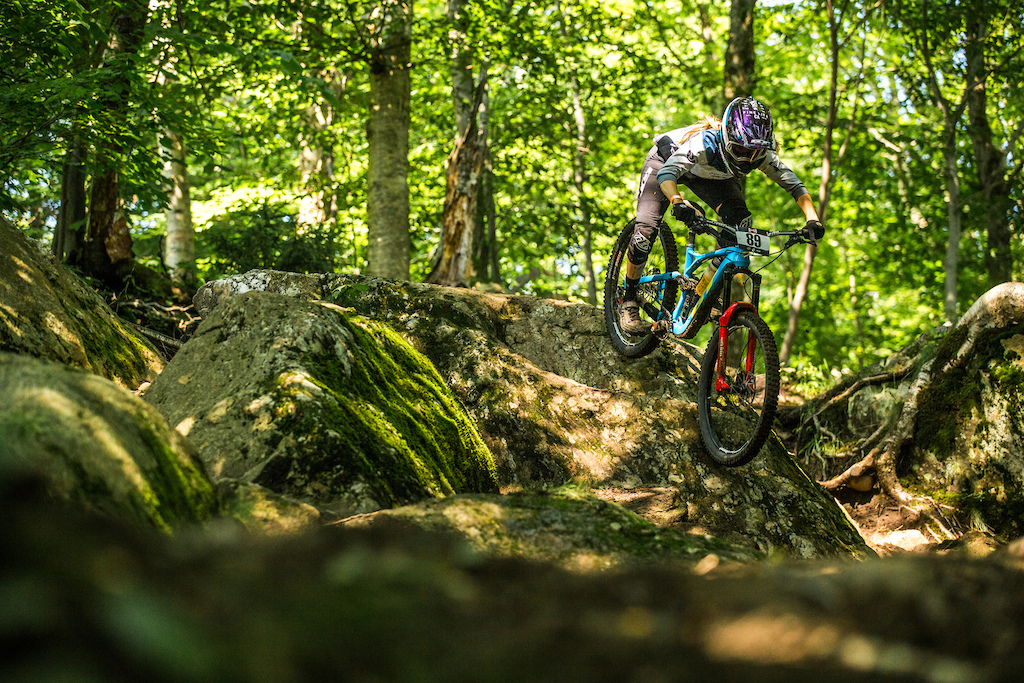 Rachel Strait mid-stage at the 2018 Fox US Open Enduro
Fox is once again joined by an impressive list of event partners including Vittoria Tires, GT Bicycles, Flat Tire Defender, Clif Bar, Horizon Hobby, MOS Gear and more. The USO team will tap local experts Team Big Bear and the CES for additional event logistics. Beyond the Downhill and Enduro, the 2019 event will also feature a USO Best Whip Comp, adaptive downhill racing and a classic dual slalom. Snow Summit used to hold some epic grass slalom races and there’s a rumor that we could see a throwback slalom course. 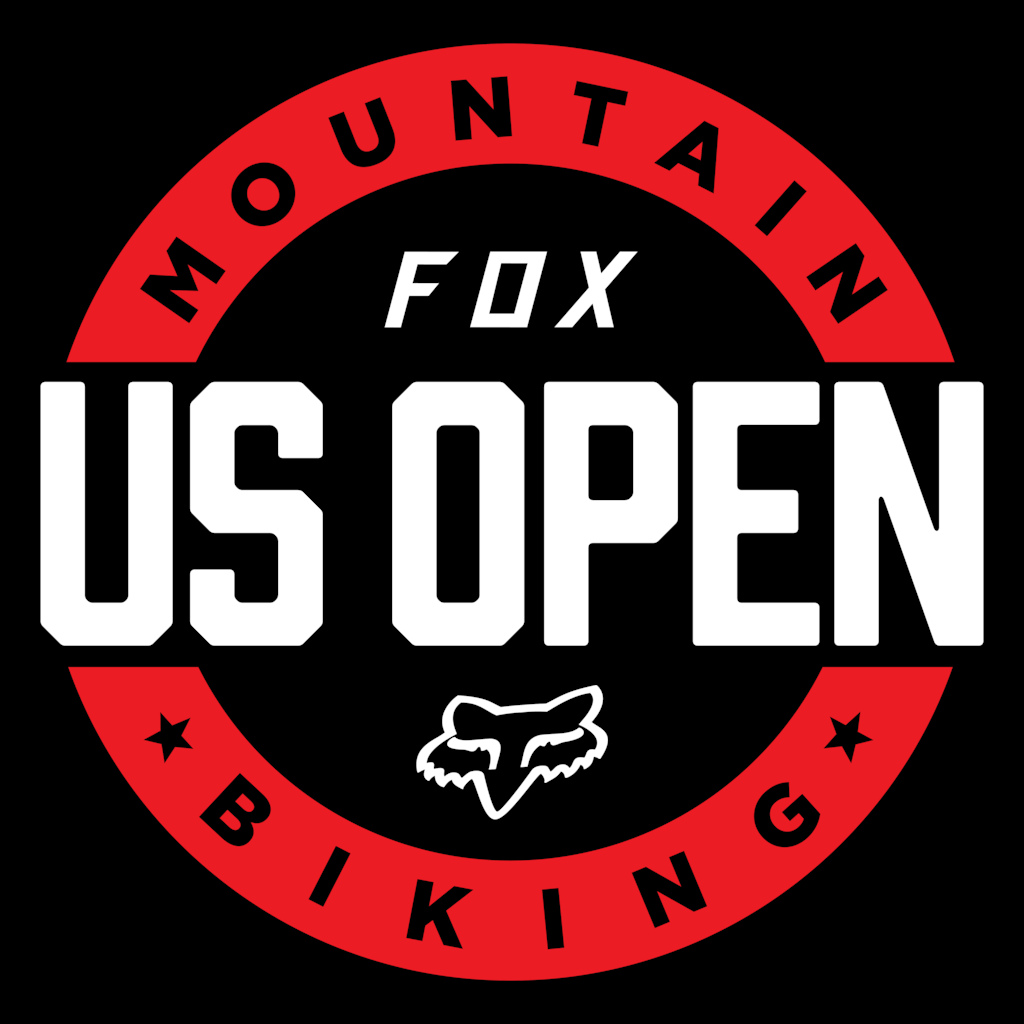 vesania (Apr 17, 2019 at 13:59)
Hopefully Snow Summit will build another track for the race. The current DH trails they have are all very tame and not challenging. Maybe they could rebuild the old world cup and pro national course they had in the early 2000's, which were right under Chair 1. Those had some good raw, technical, and steep sections, which would be worthy of the USO.

pb-kg (Apr 17, 2019 at 14:20)
Hoping you're right but the USFS has been a limiter on trail development for Snow Summit for some time now. Wondering if this event speeds anything up...

mark4444 (Apr 17, 2019 at 15:18)
Totally agree, to add, putting pavers in the burms is dangerous for faster riders... as they hit them with lots of speed, expecting a rut to hold, and there's no rut, just pavers at a shallow angle, with a drop off for when you slide over the top. Big Bear, you need more feedback from faster riders to make things safe.

Falcon991 (Apr 17, 2019 at 17:03)
@mtbmaniatv: This is Kalifornia. Expect dark-uniformed agents to knock at your door and ask you some very pointed questions for even suggesting such a thing.

Eatsdirt (Apr 17, 2019 at 19:53)
@mtbmaniatv: The forest service requires approval for any trail building at Summit. If they could, they would.

steepz (Apr 17, 2019 at 20:37)
I do agree that Snow Summit's most challenging run (Miracle Mile?) is not as gnarly as some other east coast parks or even other parks in CA but...I'm stoked to have such a big event so close to home here in SoCal, and the fact it draws in the enduro race is even better. Seems like all we normally get is Fontana and a few races at Vail, which is kind of a shame considering how many riders, riding, and big companies in the industry there are out here. Sure there's some racing if you go north but I don't think people who aren't from California realize how big the state is, not really feasible for your average weekend racer to drive that far. I'm excited to check it out, thank you Snow Summit for taking this on.

rpearce1475 (Apr 17, 2019 at 22:17)
Agree. When you take the chairlift up you can see so many potential good lines on unused terrain inside the park...for the Enduro there are quite a few fun runs elsewhere in Big Bear Valley they could use that haven't been part of prior races

Fonse03 (Apr 18, 2019 at 9:30)
Summit definitely has the terrain, elevation and even the legacy. I am sure there are many old-school SoCal DHers that are more than happy to help "locate" or revive some of the more suitable areas for a world class DH course on Snow Summit.

ridderc (Apr 17, 2019 at 16:18)
With the US Open not returning to Killington, I wonder if they have any large mtb events planned for the next year or two? Last year was a rad time despite the weather and would love to see them host more national level downhill and enduro races.

InGoodFaith (Apr 18, 2019 at 4:01)
Honestly, I think you're onto something. Killington was a great time last year. I'm going to see if I can convince the powers that be to consider such a thing.

delawhere (Apr 18, 2019 at 6:50)
I really hope they host a world cup there at some point. It seems like the perfect east coast venue for it. And it's a lot closer to MSA than Snowshoe, if they were to do a back-to-back situation like this year.

motard5 (Apr 18, 2019 at 9:43)
@InGoodFaith: What were the attendance numbers like for Killington? VT is lovely, but the population density in that area is basically nothing.

bnsfwarbonet (Apr 18, 2019 at 14:03)
@motard5: Population density isn't everything. The Killington area has what it takes to host high profile events. The FIS World cup ski race that they have hosted these past few years will bring in crowds in excess of 30,000. The Dew Tour also stops at Killington. I'd love to see more high caliber races come through Killington since they have the terrain and the manpower to do it.

marxrydz (Apr 17, 2019 at 15:59)
Will there also be the normal amateur classes? Hopefully they do and won't make amateurs race on a weekday.

tammykizer (Apr 25, 2019 at 11:31)
I have a beautiful super clean 3 bedroom condo (with a LARGE attached garage) right at the base of Snow Summit. Email me if interested in renting for this event

scotttherider (Apr 18, 2019 at 9:08)
I remember doing the snow summit national back in 03. They had a Japanese or Chinese national rider die near the end of a practice run on the Pro dh course.

Connor-Lewis (Aug 15, 2019 at 22:41)
Are you able to race the enduro and the downhill at the us open or do they conflict with eachother?
Below threshold threads are hidden