Emil Johansson Rises To The Occasion at Crankworx Whistler 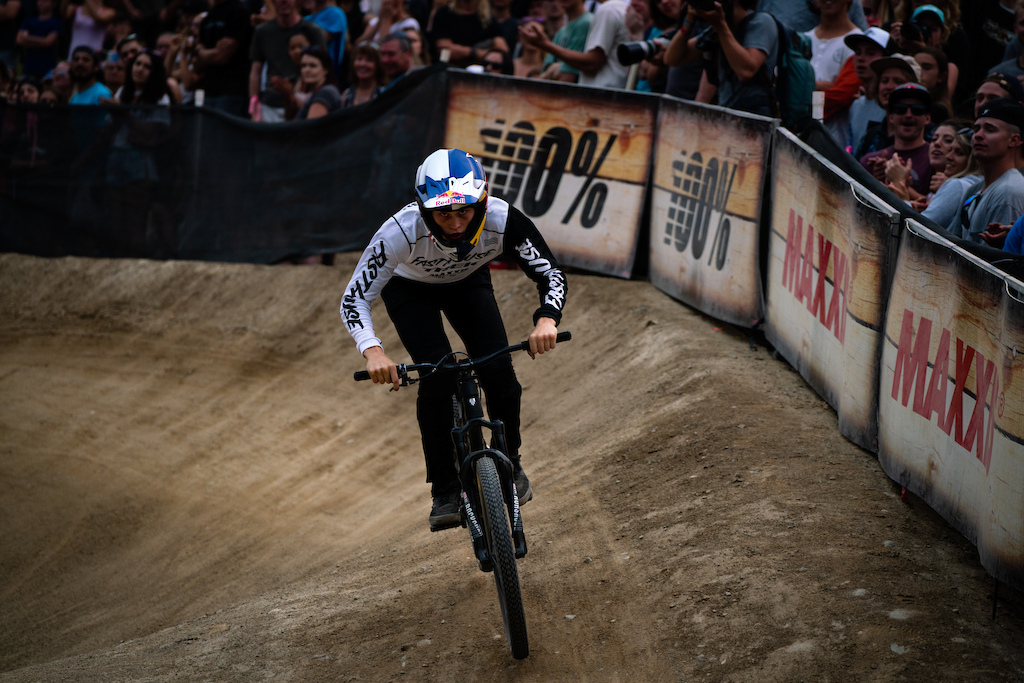 
Emil Johansson had a breakout season in 2016 making his mark at Red Bull Joyride. He rose to the top and won the 2017 FMB World Tour, blowing minds and taking podiums amongst the best riders in the world, while oozing style and big technical combos. Not only that, but he pushed the progression of what is possible on a bike. Over a year ago, Emil was diagnosed with a congenital 6th lumbar vertebrae defect, which is something he was born with. This past July, he was diagnosed with an autoimmune disease which left him unsure about what the future would hold, let alone whether he would be able to ride again. He showed up to Crankworx Whistler, the biggest event of the year, having hardly ridden beforehand, and he overcame something bigger than the 4th place run he put together. 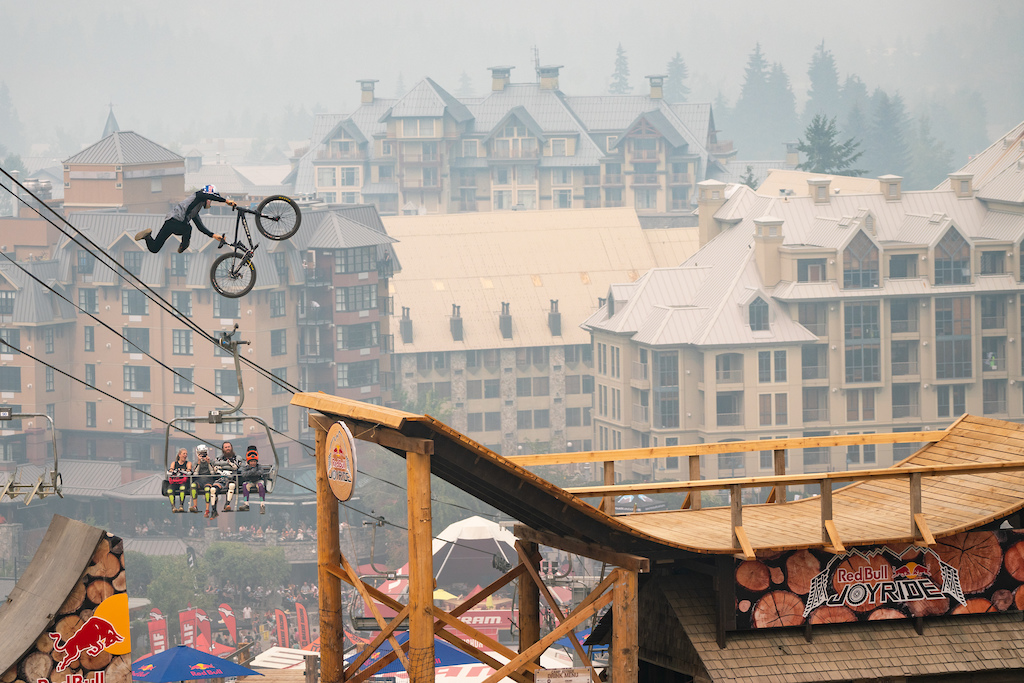 Coming back at the biggest slopestyle event of the year was no small feat. When he was boarding his flight to Canada, he didn’t think he was going to be able to ride during the week at all. After having spent so much time off of the bike, the pressure of performing wasn’t the biggest hurdle he got through, it was the recovery process months before and how it was affecting him. It had been a long, slow, and arduous journey for Emil to be on the upswing and to even be considering tackling this event. 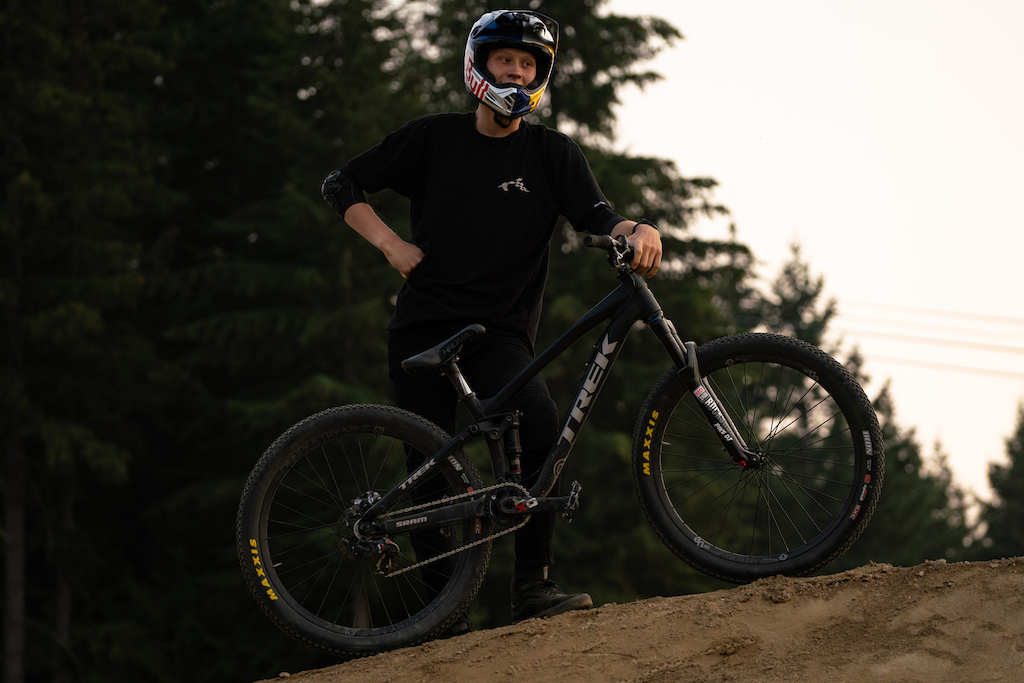 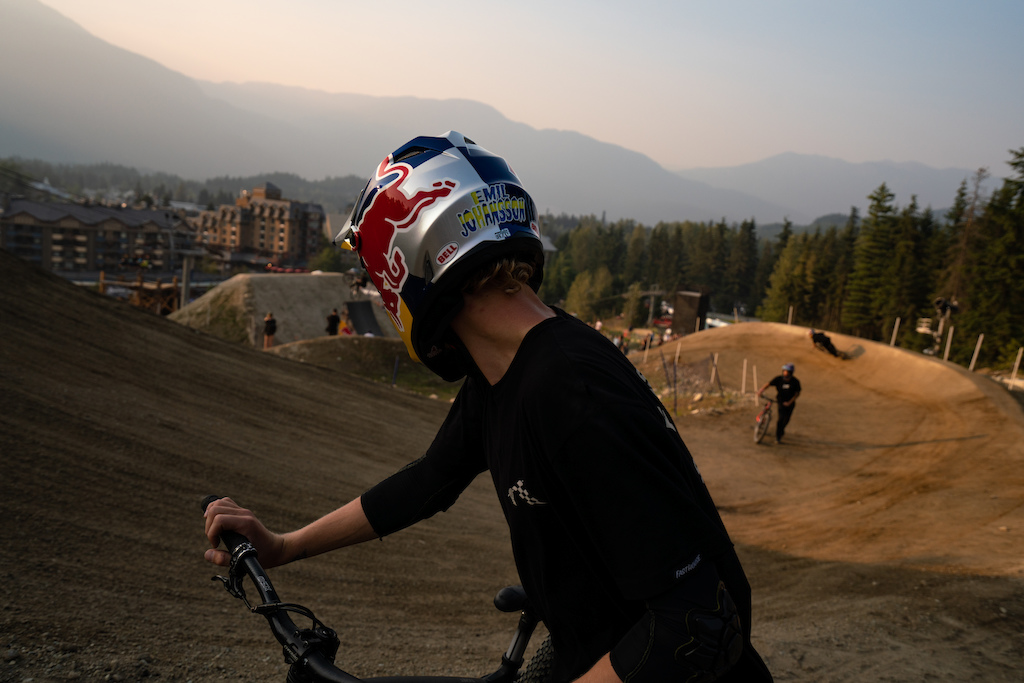 Until July, Emil spent 50% of the year being sick, jumping back and forth between okay and sickness every other week. Now his immune system is steadier and he is able to start pushing himself more. 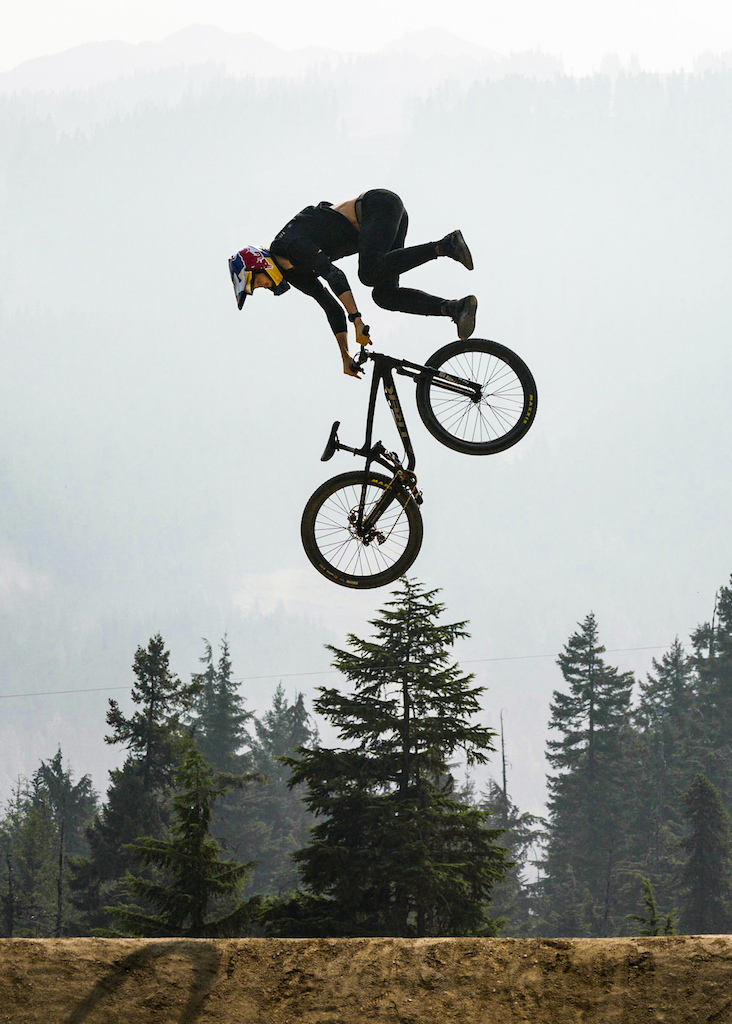 Rusty riding from Emil early on in the week– 360 barspin to late downside tailwhip – ....
Having gone from the highest of highs at the end of 2017, with a stellar season, winning multiple contests and the FMB World Tour overall, to the unexpected year he has had in 2018, Emil rode like everything he had been through didn't matter. All week during practice he was throwing massive combinations, riding the entirety of every practice session. It was clear to see it felt good and he was having fun. Not having ridden in any contests this season, he was one of the first riders to go during finals and was definitely one of the crowd favorites. All eyes were on Emil as he rolled down the boardwalk start toward the drop, and up on the big screens before he got into view. Then, it was nothing but smooth... 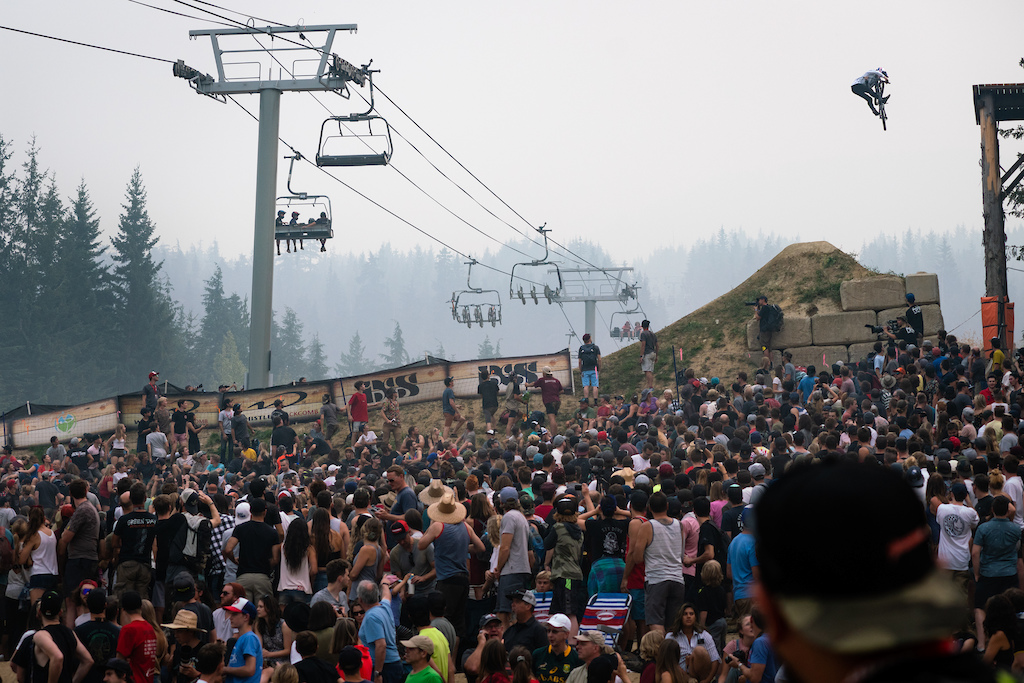 Turning heads as he dropped in on his first run
Despite the pressure of a ski slope filled with upwards of 35,000 people and having waited all week to tie a top to bottom run together, he was making it seem effortless - flawless. He hadn't skipped a beat from where he left off, linking up technical combinations the entire way down. At the bottom, once he landed that drop, you could feel the emotion building throughout the crowd. You could see it in Emil. 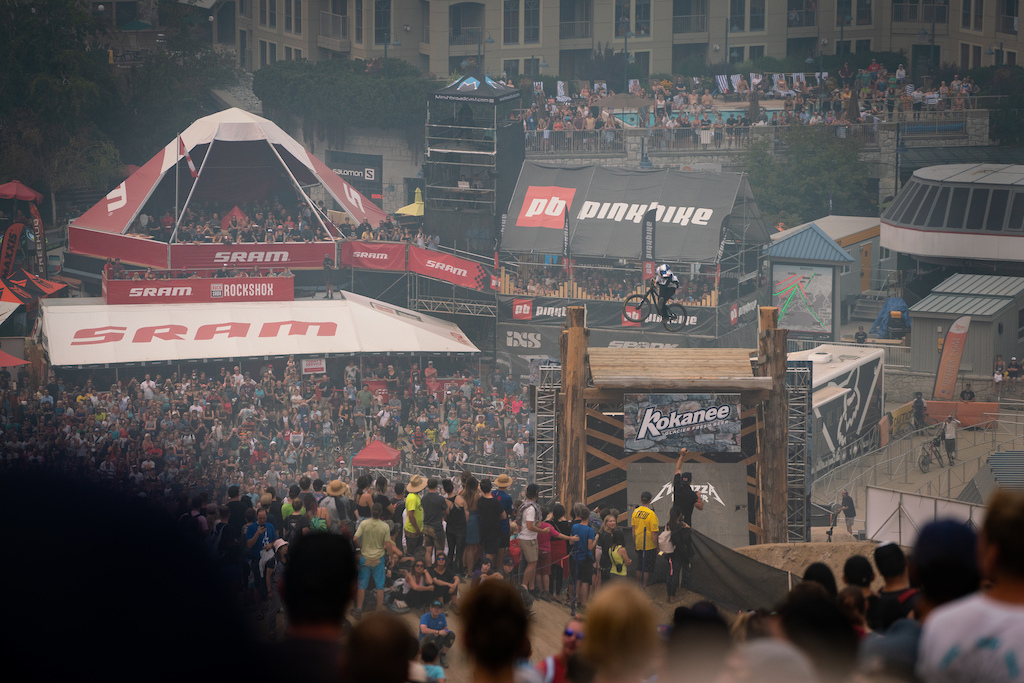 360 one footed can off the final drop during Finals 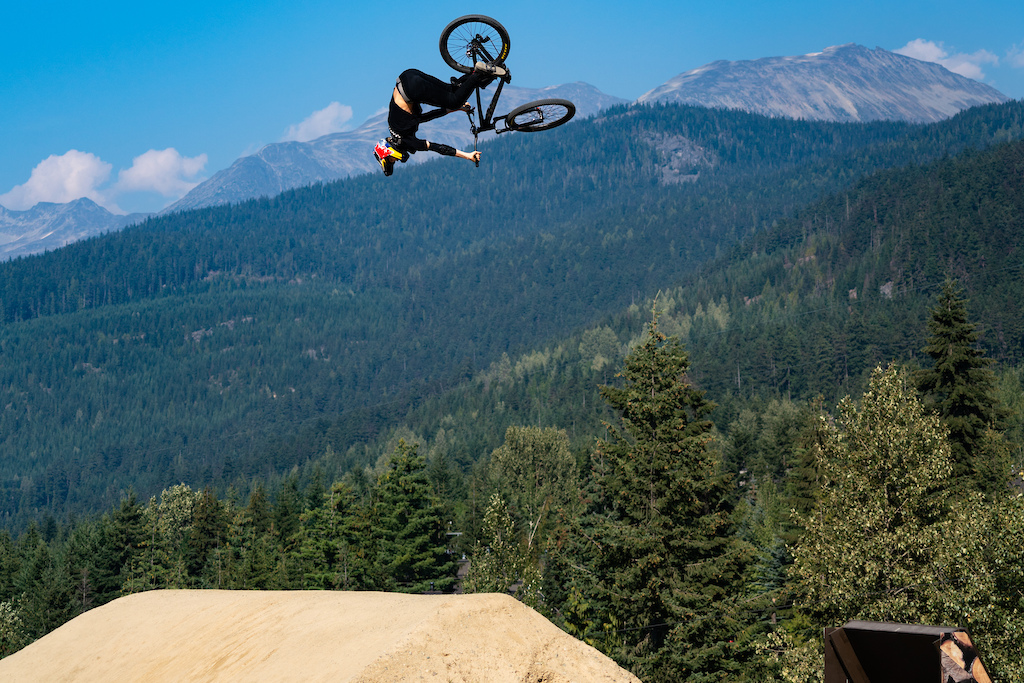 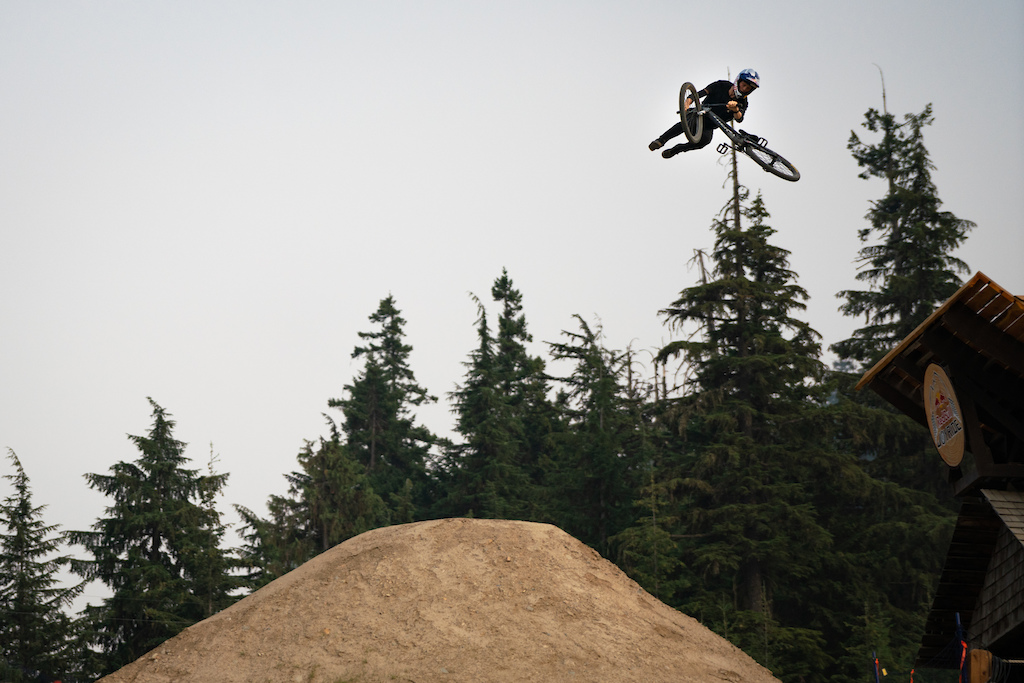 Run after run during practice linking up big technical combo's

Emil has overcome something that most of us can’t grasp. We can read about it and comprehend it, but we may never be able to fully understand how monumental that feeling, that feat, was. One thing is for sure, he has shown us that even in the face of adversity, your passion can allow you to do the unthinkable. His drive dictates his reality, which no doubt is a big part of why he’s kicking ass at life. 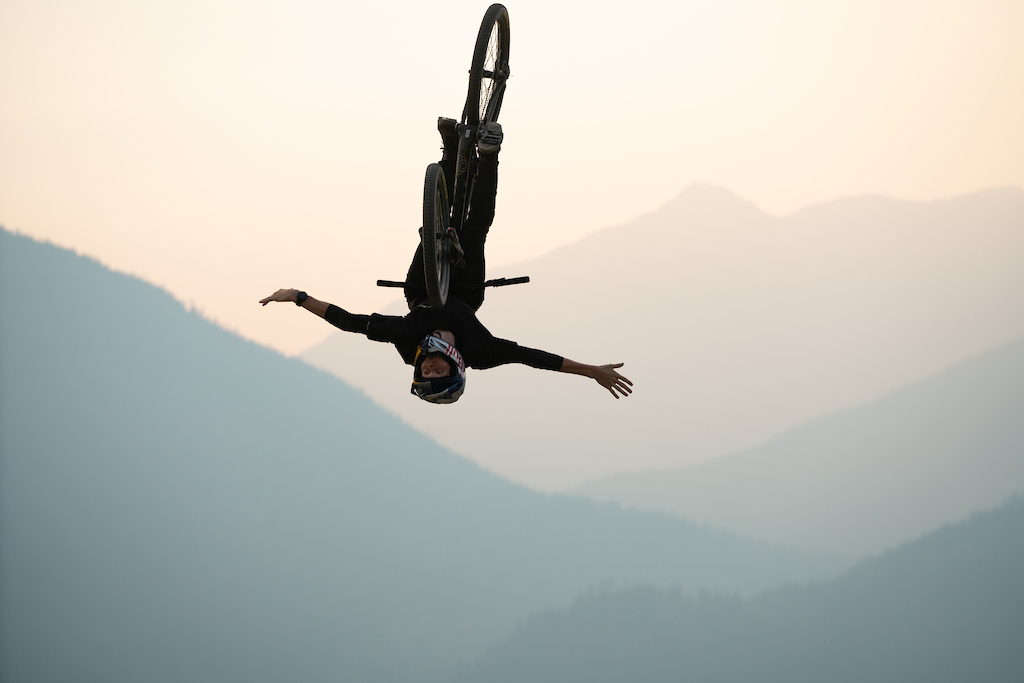 
If you were previously unaware of what Emil has been going through, here is a quick run down from Emil prior to the event at Crankworx.

thepwnstar39 (Dec 18, 2018 at 15:37)
This was my favorite part of all of Crankworx this year. When I saw him stomp that run and bunnyhop through the finish line it made me tear up as well! What an absolute champion, really looking forward to seeing him ride more again.

fattyheadshok (Dec 19, 2018 at 3:56)
Truly an amazing story. I was actually unaware of the entire background on this. When I heard Cam say he’d been off the bike for 10 months I’d assumed it was due to an ortho injury, and that he’d been doing rehab. Had no idea he was battling a congenital defect, and an autoimmune disease which can be some of the toughest things to combat. Autoimmune diseases take constant vigilance to keep under control. Even thenthe results are iffy at best. Big kudos to you Emil. You’re a truly gifted rider.

onemanarmy (Dec 18, 2018 at 22:24)
I'd love to see him and Semenuk do the full season next year. Those two with Rogatkin and Rheeder would make for a very exciting season of Slopestyle. Otherwise we're looking at essentially an event to even judges preference. Do they like the big spins of Rogatkin or the tech, style and amplitude of Rheeder. The rest of the pack is getting there... but not quite there yet.

sylvanshackleton (Dec 18, 2018 at 18:02)
really happy hes getting properly recognized for this. was absolutely unbelivable!

OlSkoolJake (Dec 19, 2018 at 10:07)
When he crosses the line and you could litterly hear a pin drop on the mountain shows how unexpected the level of his run was and let alone place so well. It wasn't by about a competition at that point. It was about a rider fighting the toughest battles of his young life to do what he is passionate about possibly for the last time on that level. It was a remarkable sight of empathy and compassion from the crowd for a beloved rider. There wasn't many dry eyes in that crowd and it wasnt because of the smoke. Yeah mountain biking can be a pretty testosterone filled shitshow, with tuff as fuck homies at the best of times. It's one of it enduring qualities. But we are also a global community and the way we honor those who have fallen or the way we rally for those who need the support is unmatched by any other community. Emil's story is a testament to that. I've said it a million times before the MTV community is the best community. I hope we see more of Emil in the future and his health issues stabilize so he can lead a comfortable life. Weather he rides on this level again or not. Cheers bud!

anchoricex (Dec 18, 2018 at 18:06)
so with an auto immune disease combined with a disc defect, whats the prognosis for the future with this kid? is he going to be up and down from time to time or have docs squared away treatment and should he go onto live a relatively normal life now?