Join Pinkbike  Login
Aleksander Osmałek Showreel 2021: As I am turning 30 today, I have a small gift for you all. For the last three years, I've been working mainly as a camera op and didn't have too many opportunities to edit my stuff. So I felt it was time to change that and make a little Showreel. Enjoy!

Flat Out Days 2020 After Movie: Cheers to more crazy moments like this! See ya next year, guys? Special Thanks - MTB Trail, Center Kočevje, and local volunteers at the festival.

Flat out days 2020 After movie

Snow Drifts - Cameron Crozier: Snow is not something we're used to in Essex so Cam and I decided to make the most of it. We headed up to Danbury Common to see if we could shoot a little video. This is what we came up with! Hope you guys enjoy it.

Elliot Vallon - Fast Like A Blast: Watching Elliot explode every berm, how is it possible not to think about a blast? Elliot Vallon is one of the best French DH racers, he's got the skills to race at a high level.

Garret Mechem - Welcome To Commencal: “I am super pumped to be a part of Commencal bikes for 2021 and beyond... It is such a rad group of people that truly want progression for the sport! I'm excited to be involved with good friends including Kyle Strait and DJ Brandt to help me grow as a rider and learn from all of them. I am hoping to get the brand on as many podiums as I can across all aspects of riding, and I've got big plans and ideas for the future that I can’t wait to show you guys! I would like to thank everyone at Commencal for the opportunity and believing in me. Upward and onward!" - Garret

Two Hours of Summer In Fernie, BC: Nestled in British Columbia’s southeast corner, Fernie’s untrammeled trails offer riders miles of singletrack solitude and breathtaking views, all within riding distance of downtown. Come with us and revel in a jam-packed weekend, as we barely scratch the surface of all that Fernie and its surrounding mountains have to offer. Video by Aere Films / Dylan Siggers / Sophie Perrault.

Graeme Obree, Athlete or Genius? Athlete or Genius? Graeme Obree shot to fame in the early 90s after twice breaking the world hour record on a bike he'd built using parts from an old washing machine. The debate has never been settled on whether the success of this mercurial Scottish cyclist came from his cycling position or his athleticism. Until now. Endura brings Obree to the wind tunnel and tests the real advantage or otherwise of his crouch and superman positions, which were subsequently banned by the UCI.

Chad Ferch - Victoria, BC: Vans Canada ripper Chad Ferch filmed some sick clips with Mike Zinger in Victoria, BC before he moved across the water. Grind manny game is strong! Stoked to see more from this dude.

Broc Raiford Vs, The Big Easy: Professional BMX athlete and Louisiana-native, Broc Raiford is giving new meaning to “riding the floats” during Mardi Gras. The 25-year-old celebrated Carnival season by linking his love for BMX with his hometown roots to build the ultimate BMX park inside a warehouse designed to create and house Mardi Gras floats.

Kilian Martin - Dance of The Trees: Dedicated to the people of Myanmar. Video: Brett Novak.

Element Skateboards "Jaakko and Eetu" Video: Trading off unthinkable NBDs and combos beyond comprehension, Jaako and Eetu pull off one of the best-shared parts ever. Rewatch 100 times and you still won’t understand.

Travis Pastrana's Guided Tour of Pastranaland: Welcome to Travis Pastrana's Pastranaland! Based just outside of Anapolis, Maryland Travis takes us on an inside look of his 'backyard' set up! 4X Red Bull X-Fighters Champion, 6X XGames Moto Freestyle Gold Medalist, and 4X Rally America Champion, Pastrana invites us into his home, where the constant evolutional development of tracks, stunts, tricks and more formed and has helped to shape and prepare Travis for his successes to date!

The Happy Recluse: Pete Devries and Jeremy Koreski, two long-time partners in the mission to surf and photograph the best waves Vancouver Island have to offer, take the extra step into their deep backyard returning to a wave that had shown past potential for a legendary session. In the process, Pete tells of his life as a ”happy recluse," at home in cold water. 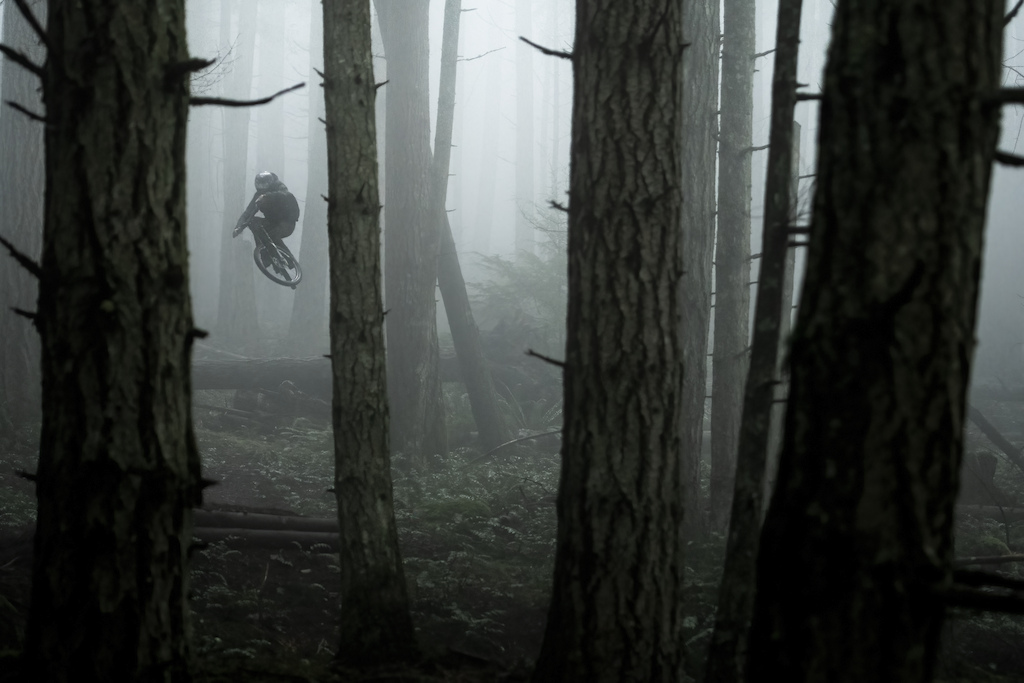 bikeybikeybikebike (Feb 22, 2021 at 7:50)
Whaaat the hellll... I've never seen whips like that. Maybe it's the camera angle but it looks like he's whipping the rear around almost 180 degrees then bringing it back to land. And that's like the 51st most impressive thing in the Slayground vid. The stupid skit at the beginning (with the butt slap) should be cut as it adds absolutely nothing to the vid. The riding is insanely good so why not just let that do the entertaining?

jesses-g (Feb 22, 2021 at 19:25)
The butt slap is just crude and inappropriate. The riding though is awesome and those whips (probably made possible by the 250cc, I’m guessing KTM.

overconfident (Feb 22, 2021 at 6:59)
Definitely, I'm happy we've done a reasonable job of ousting that sort of s**t from mtb. Looks like they're a decade or so behind the times there though...

Icaru5 (Feb 22, 2021 at 8:30)
Slayground 3 is an instant classic but Pinkbike should have timestamped 30 seconds into the video to avoid offending the MTB crowd.

How do you explain that part to your daughter or son?

Why can't we be part of the solution eh?

This is VERY disappointing...

sikeitsryan (Feb 22, 2021 at 8:15)
If that disappointed you, you're going to be EXTREMELY upset when I tell you all the other things that you can find on the internet and YouTube in particular.

pourquois-pas (Feb 22, 2021 at 8:49)
Just shows that any of the disclaimers posted on other articles about being an inclusive site is nothing but ass covering BS. If the PB editorial staff believed that stuff this video wouldn't have been included today.

themouse77 (Feb 22, 2021 at 9:05)
I see it as a bloke giving his lady a squeeze and a kiss before his ride. Like I am sure many other couples do as they leave the house each day. People just need to lighten the fuck up.

sikeitsryan (Feb 22, 2021 at 9:31)
@pourquois-pas: I agree. and to put my money where my mouth is I volunteer to have my butt grabbed in any female professional bikers video edit. For equality's sake.

pourquois-pas (Feb 22, 2021 at 10:16)
@themouse77: That's your view, and, I hope you can see how it's biased in this scenario. Please recognize how you see this is entirely different than how it may affect others.

Or maybe instead you can come to my house and hold my crying teenage daughter as she struggles with her body image, low self-esteem and failure to understand why her friends who have mostly been males her entire life suddenly keep trying to grab her in parts she doesn't want to be touched "all in fun".

Or better yet, to keep it light, dare you to ask my wife to bring you a drink and then grab her a$$. Just lemme know who I should call to pick you up from the clinic after they put you back together.

pourquois-pas (Feb 22, 2021 at 10:53)
@sikeitsryan: Every parent of a teenage girl I know is or has gone through this phase. And the boys who are the worst mirror their fathers. I will call it out. Every time. Always. Raising a daughter has been the most eye opening experience of my life.

overconfident (Feb 22, 2021 at 10:55)
@themouse77: a nice little squeeze to thank her for all the kitchen cleaning she was doing while her man did some sit-ups?

That was the most regressive intro imaginable; her there in the kitchen in tiny shorts cleaning up while the guy goes out to have fun, all purely for some low-key sexual background decoration

The gutter of the internet shouldn't be the benchmark here; we're better than that

At least you know who you're dealing with.

dualcrownscottspark (Feb 22, 2021 at 17:01)
@pourquois-pas: ugh I hate "boys will be boys" so much. It lets blatant sexual assault just go. I'm so upset that people downvoted the original comment on this. It's just gross. Plus @sikeitsryan you're
disgusting. That comment was not at all funny.

Just want to make sure your sources are reliable.