Pinkbike Primer: Everything You Need to Know Before World Cup XC Wraps Up at Snowshoe 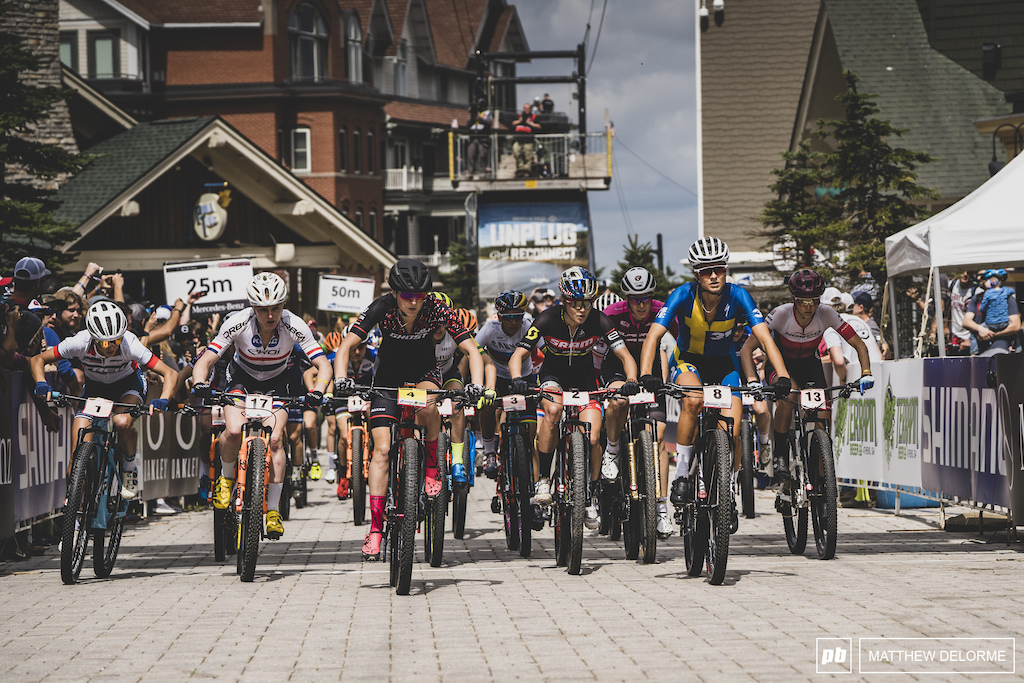 The cross country racers have hardly had even a moment to step out of the spotlight this season with the Olympics, then World Champs, and now the final round. Once again, all eyes are trained on Snowshoe as the riders head into their last chance at a 2021 World Cup victory.

Big events like this one tend to bring out all the fire, and we've already seen that play out in the midweek downhill race, so we're expecting big things from these riders. When the World Cup visited Snowshoe before, in 2019, Pauline Ferrand-Prevot took an impressive win when she passed Anne Terpstra in the last lap to take the victory. The men's race had almost the same story, with Lars Forster putting down massive power to claim the win over Nino Schurter, who took the overall alongside his teammate Kate Courtney.

This year, Loana Lecomte has already taken the women's World Cup overall title, but the men's is still not quite sealed. Mathias Flueckiger is just a hair away from having the win locked in, as he's currently sitting at 1429 points and his closest competitor, Ondrej Cink, has 1089 points and is closely followed by Victor Koretzky at 1075 points. With 375 points available at each round, Flueckiger could lose the title to Cink or Koretzky if something catastrophic happened to him. Still, from what we've seen so far, he's done nothing but show us that he deserves that title.

In addition to a wild amount of drama and excitement, here's what else you can expect from this round.

The track is quite varied, with technical woods sections, slick roots, lots of shale that will likely cause flat tires (as Nino experienced in 2019), and some punchy climbs that will make for a relentless, fast lap. The lap has changed a bit since 2019 with some new techy sections added, so the intensely physical course will be challenging on both the ups and the downs.

Snowshoe has a way of bringing the intensity. At the last round of the season, emotions are riding high, riders are tired, and there's so much on the line. Last time the riders visited Snowshoe, Pauline Ferrand-Prevot came from behind to take the win, overtaking Anne Terpstra right at the end, while Kate Courtney settled into 5th to take the season overall. Lars Forster also charged out from behind, overtaking Nino Schurter, who had lost about 25 seconds from a puncture, and took his first World Cup win of his career.

Evie Richards showed that her World Champs win at the previous race was no fluke by taking her first-ever World Cup win ahead of Rebecca McConnell and Jenny Rissveds, who also both had stellar races. Loana Lecomte finished in fourth, the first time she's been off the win in a World Cup this season, and she said she's had a tough couple of weeks, but this race did lock in the overall title for her. Sina Frei was on track to take her best-ever World Cup finish, but lost some time with a puncture.

Victor Koretzky rode another great race to take the second World Cup win of his career after taking his first earlier this year in Albstadt. Koretzky was in a tight pack with Nino Schurter and Mathias Flueckiger right until the end, and they all took turns making savage attacks to try to lose the others, but it wasn't until right at the end when Koretzky could finally drop the two Swiss riders before crossing the line. 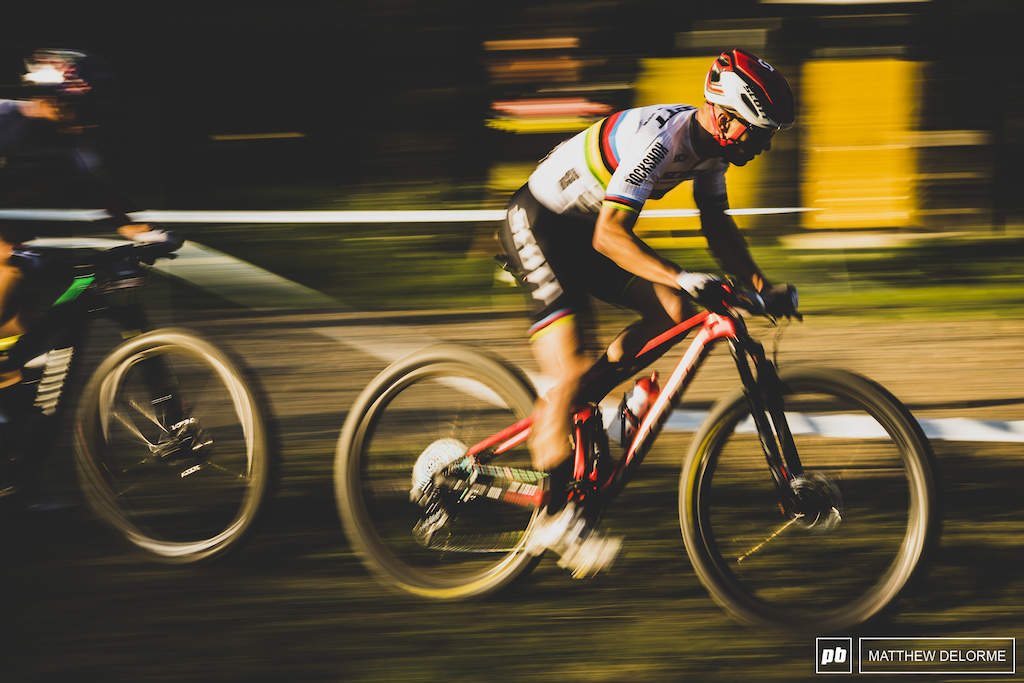 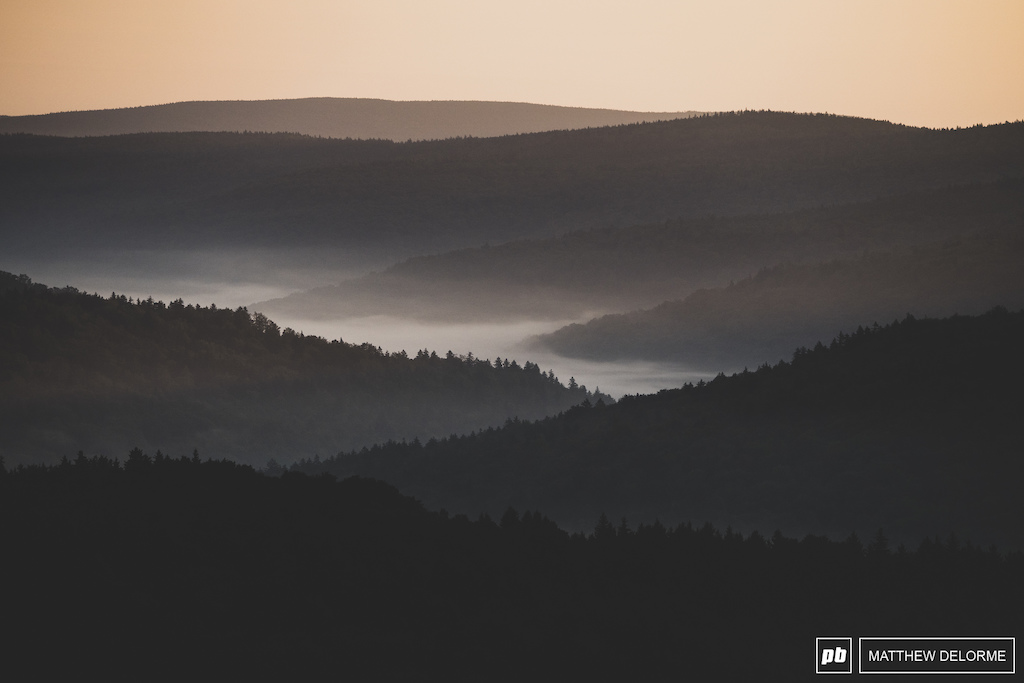 Weather forecast as of Thursday, September 16. Live updates from Accuweather. 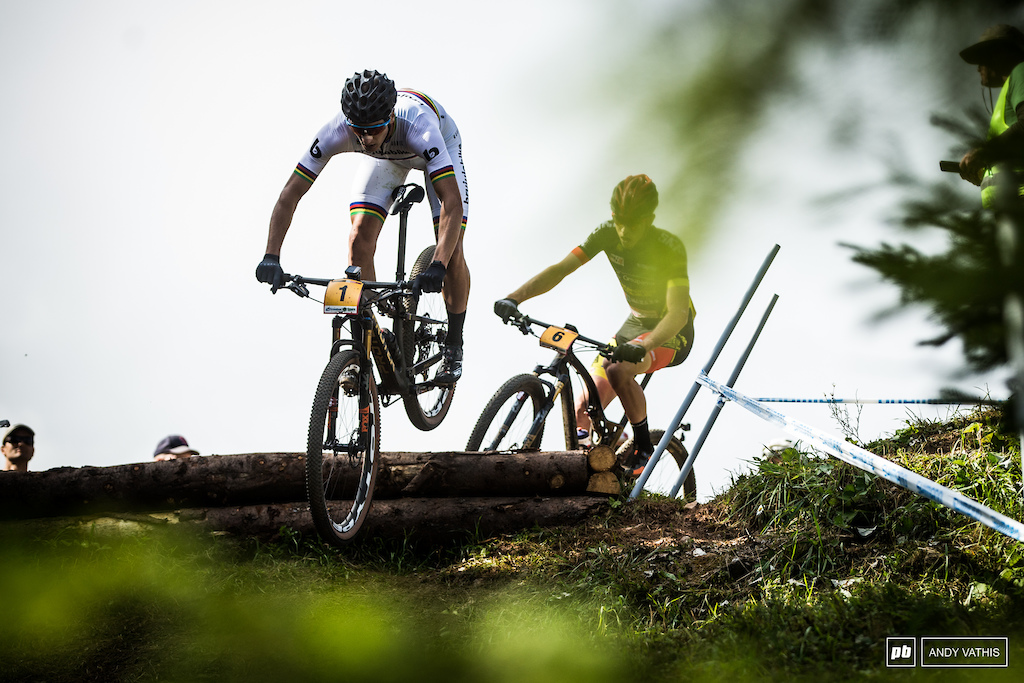 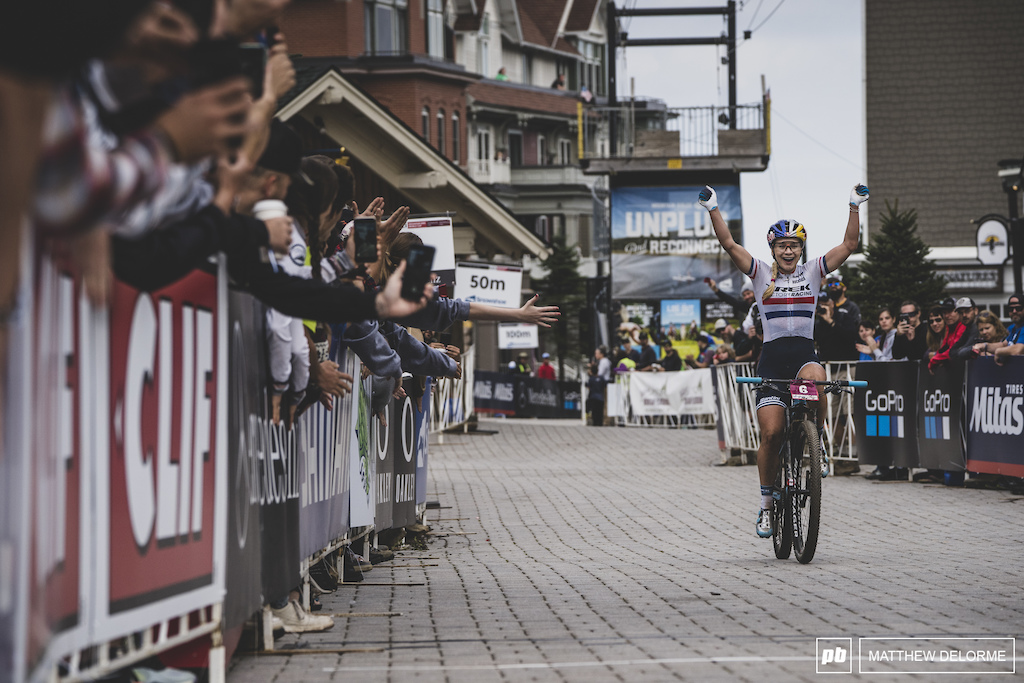 Pinkbike will be providing you with the best daily coverage from our team of photographers in Snowshoe this week. Tune in to Pinkbike to catch photo epics, results, news, and tech. 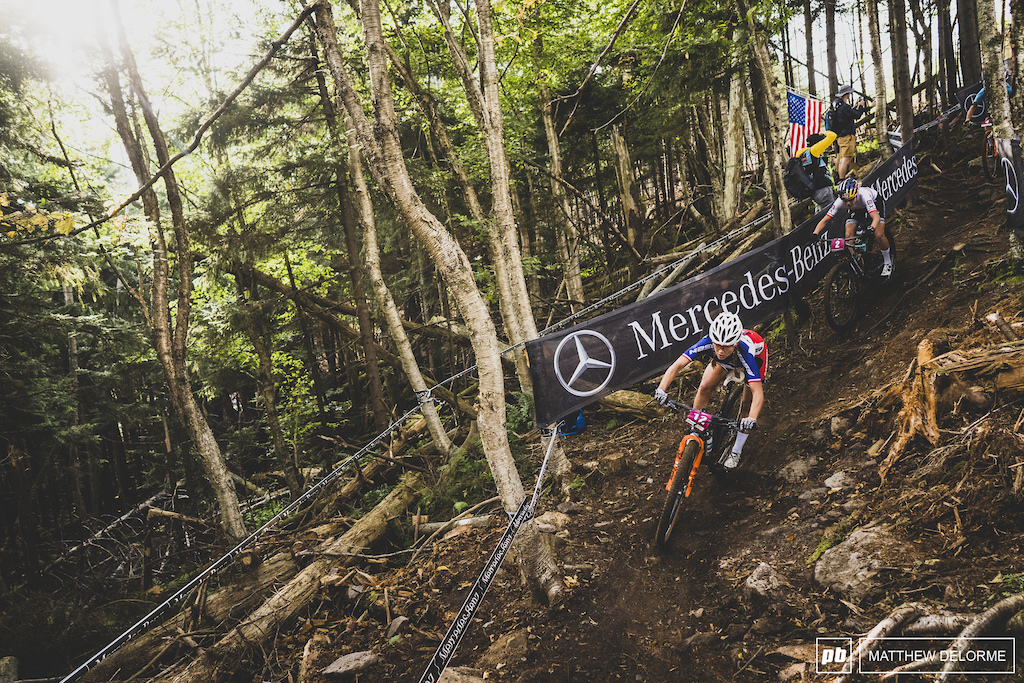 Victor Koretzky has been having the best season of his life so far, with wins at the first and the most recent World Cup races, and it wouldn't be a surprise to see him round out the season with a third win. He's riding well and he seems to thrive on courses that require sustained power and are relentlessly physical with almost no time to recover. Snowshoe fits that bill. Next, Mathias Flueckiger has been the most consistent rider this season, evidenced by his generous lead in the overall, and he'll likely be on form once again for this weekend. Third, Henrique Avancini has been climbing the ranks this season back to where we've seen him before, most recently winning the short track and placing sixth in the XCO at Lenzerheide, so it would be fantastic to see him back up on the last podium of the year.

In the women's field, we've watched Jenny Rissveds chip away at the results, starting the season with a 9th but moving up to finish on the podium at the last three World Cup races. The 2016 Olympic champion is no stranger to winning, and I think she's due for another one, especially since she got a flat tire at Snowshoe in 2019 and likely wants redemption. Next, we've seen Evie Richards break out this season and take her first World Champs and World Cup victories back-to-back, so it seems that something has clicked for her and she'll likely keep that momentum going through this weekend. She also took the win at Snowshoe as a junior, so the track definitely suits her. Finally, Bec McConnell isn't one to be ignored. She matched her career-best result last week with a second place at Lenzerheide, and she doesn't seem to be slowing down anytime soon.

eekamouse (Sep 17, 2021 at 1:35)
Btw, I haven't seen it on PB but it's worth to remind that Loana Lecomte has decided to end her season and won't show up on the start line

Mavic101 (Sep 16, 2021 at 18:47)
The XCO course is a little different than two years ago. A couple technical sections have been added (climbs and descents). I think it’s a lot better and does a better job of showcasing the local terrain.

bbcopeland (Sep 16, 2021 at 21:56)
@id-w: there will be a new one with Kate Courtney shown at the beginning of the broadcast prior to the race start on Sunday (Redbull TV)

mcvittees (Sep 17, 2021 at 2:11)
Wow, one UCI World Cup race in the US and with all its fantastic riding spots this is what they choose? What a dull course.

jspier (Sep 17, 2021 at 7:16)
Hopefully the changes make for better racing. The Men's race especially in 2019 was boring AF - with a course that rewarded negative racing much more than positive / attacking style. Hopefully there are a few tougher sections or new climbs to make a difference. Otherwise, it might come down to someone pulling an Avancini-type brake-check on a technical feature as the only way to try for a gap.

jereshort (Sep 17, 2021 at 5:20)
Maybe this has been answered before, but I was watching Brad C do an overview of Kate Courtney’s spark. The dropper has no battery. Is this a new SRAM or are they using a regular reverb?