The shortest route between two points is the straight line. The fastest connection between heaven and earth is the free fall. In between there is plenty of room for foolhardy, balls-crushing stunts. A great deal of space. Things haven’t changed in the exceptional year 2020: Equipped with the tripartite formula for success – his Alutech Sennes 3.0 DH, the “Ledernen” and a diehard companion – the “Quertreiber” (troublemaker) defies gravity and explores regional but unknown tracks. With or without Corona, but definitely with Schönramer. 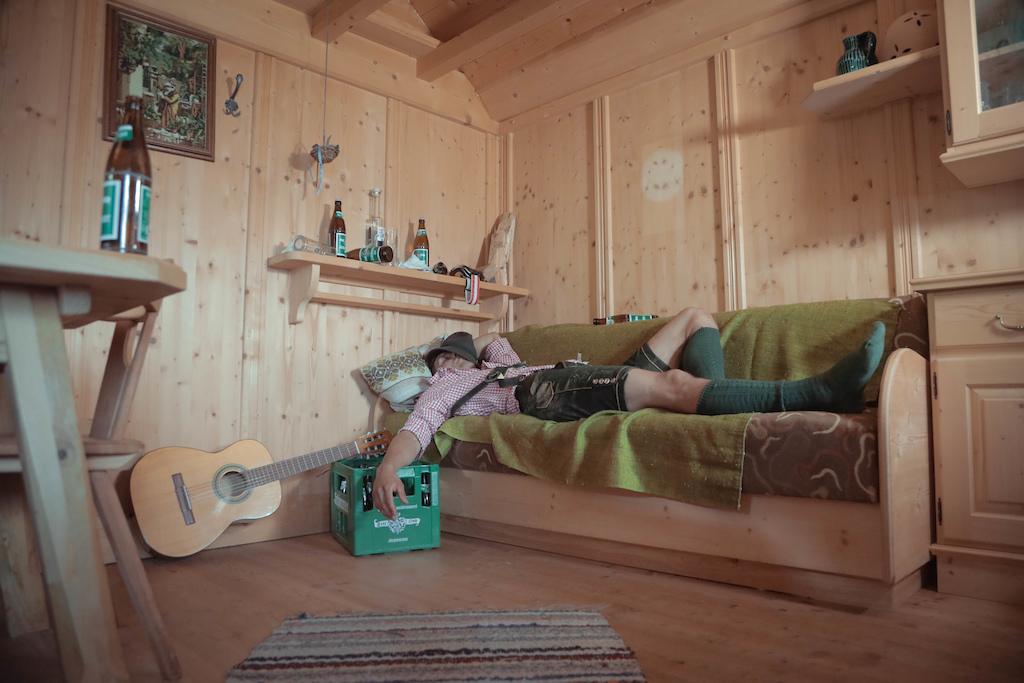 The British soccer legend Sir Alf Ramsey once said: “Never change a winning team!”. No sooner said than done the trio-terrible Siegi Zellner, Mani Widmann and Björn Hunger unleash their sequel of the “Straight outta Bavaria” saga and brighten up the depths of the internet with this third strike. Genuine, quirky and without mercy. After all, that’s what you’d expect from a Quertreiber! 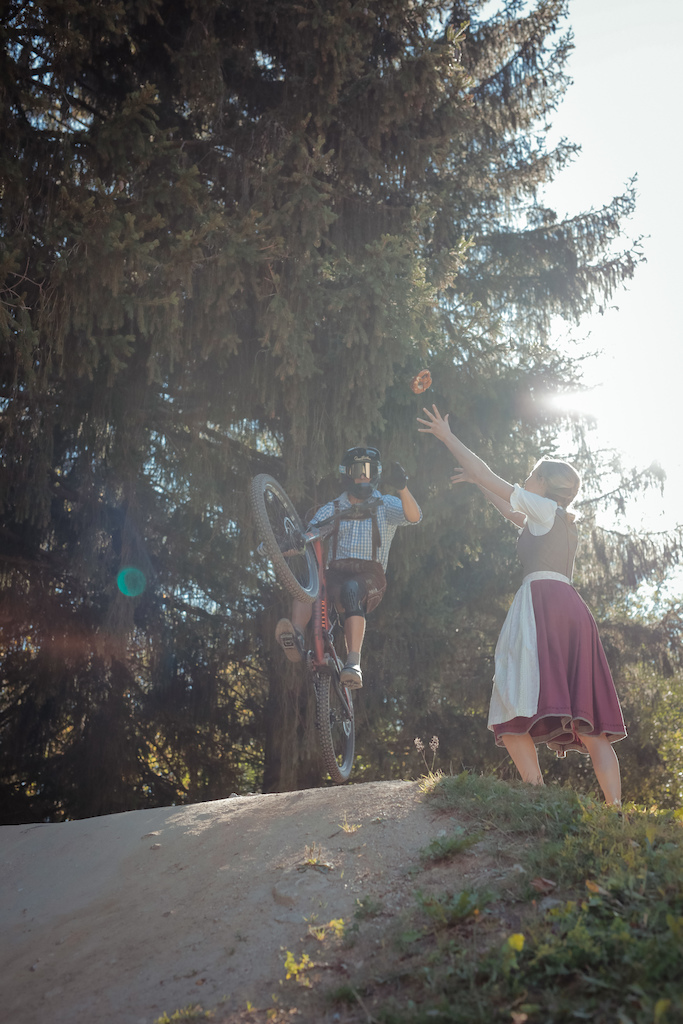 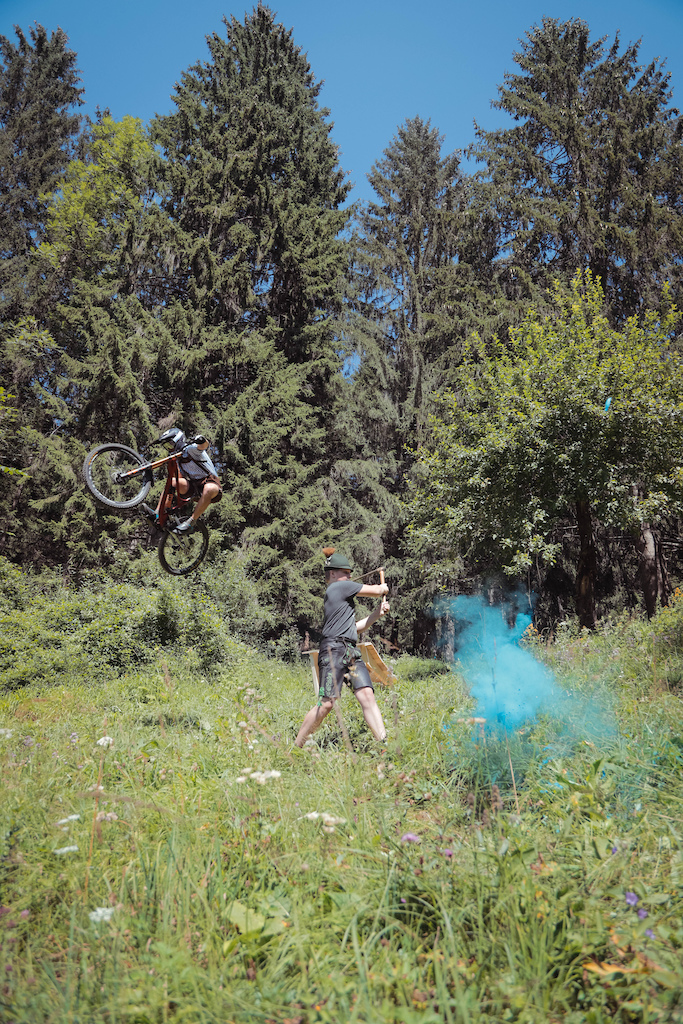 A fitting musical framework was not to be omitted. With the song, “Herst du de zwoa” of the Bavarian Rapper BBOU the two downhillers Siegi and Mani found the stimulus for their journey into the blue –beyond the borders of the white and blue flag. To let the whole world gain full pleasure from their adventures, Björn Hunger recorded and edited the plaster-parade to a worthy sequel of the previous #SOB-projects. Anyway, the intro has gone on long enough, now is the time for action! 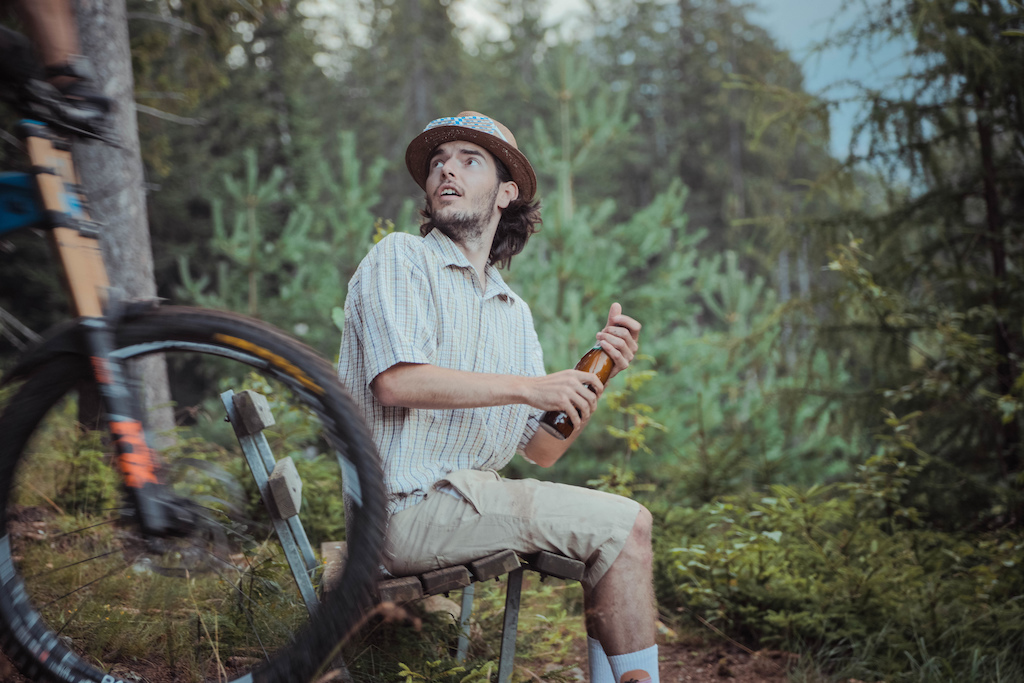 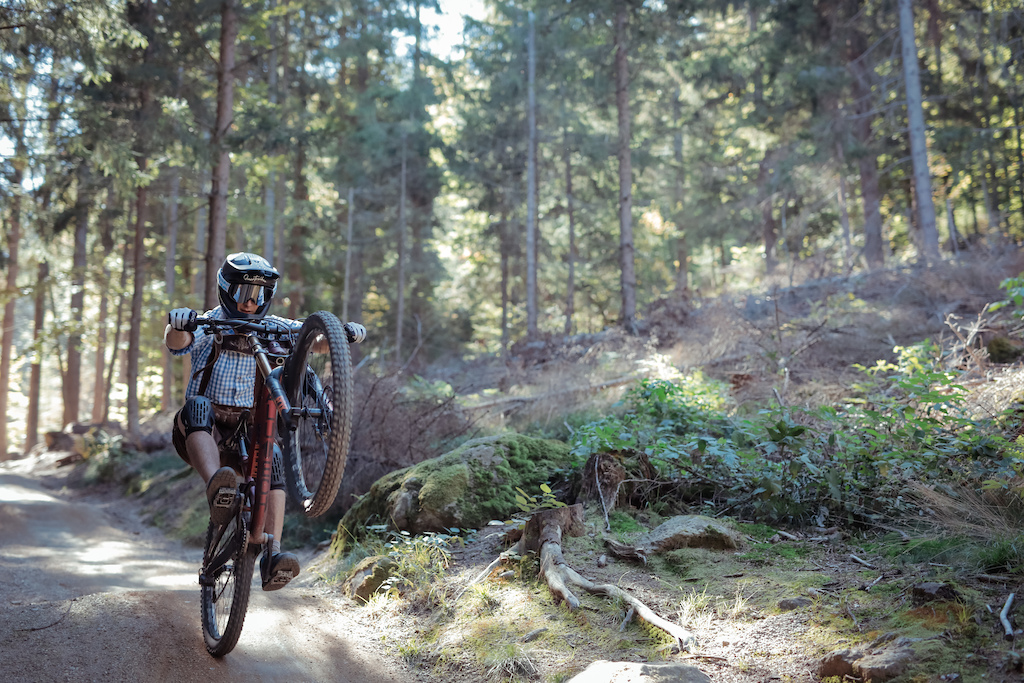 „This time, this movie isn’t an ode to my homeland, the free state of Bavaria. It’s more like a story about a longtime friendship between the Austrian boy and the Bavarian boy. The first part of the saga was recorded back in 2016 – kind of by accident actually – with a GoPro. As we kept on going, the video projects grew into comprehensive and more exclusive video projects. We put a lot of effort and attention to detail in it. Hopefully, we can put a smile on the faces of bike fans and a lot more people. Or make them burst from laughter!“ -Siegi Zellner 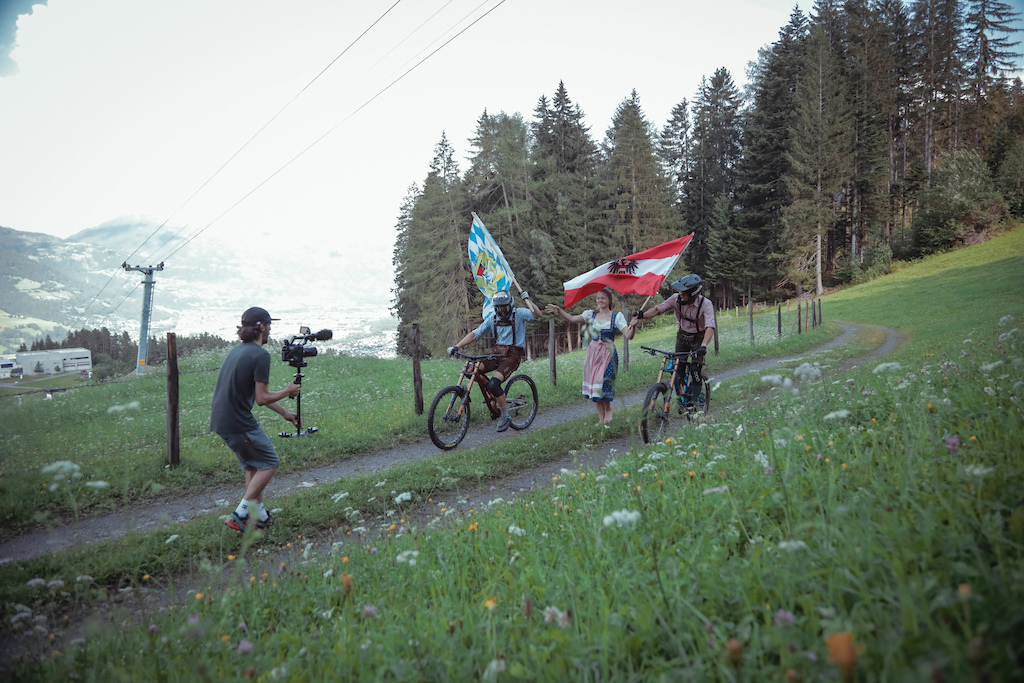 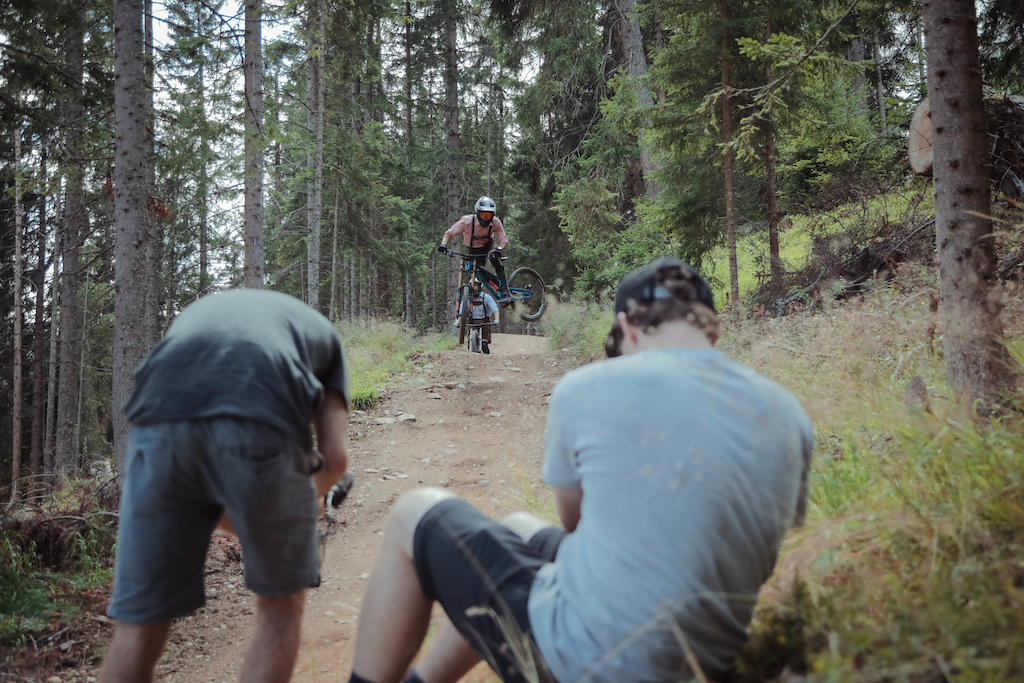 „Year after year, Siegi, Björn and myself produced amazing movie projects together which are always a lot of fun. And most of the time the result is pretty dope. It was one more reason why I was hyped to get into my leather suit and help Siegi out with his “baby” Strait Outta Bavaria – or rather “Outta Austria” as it should be called this time. The possibilities we have to share content of our sports with other people are huge, so why shouldn’t we use them!? -Mani Widmann 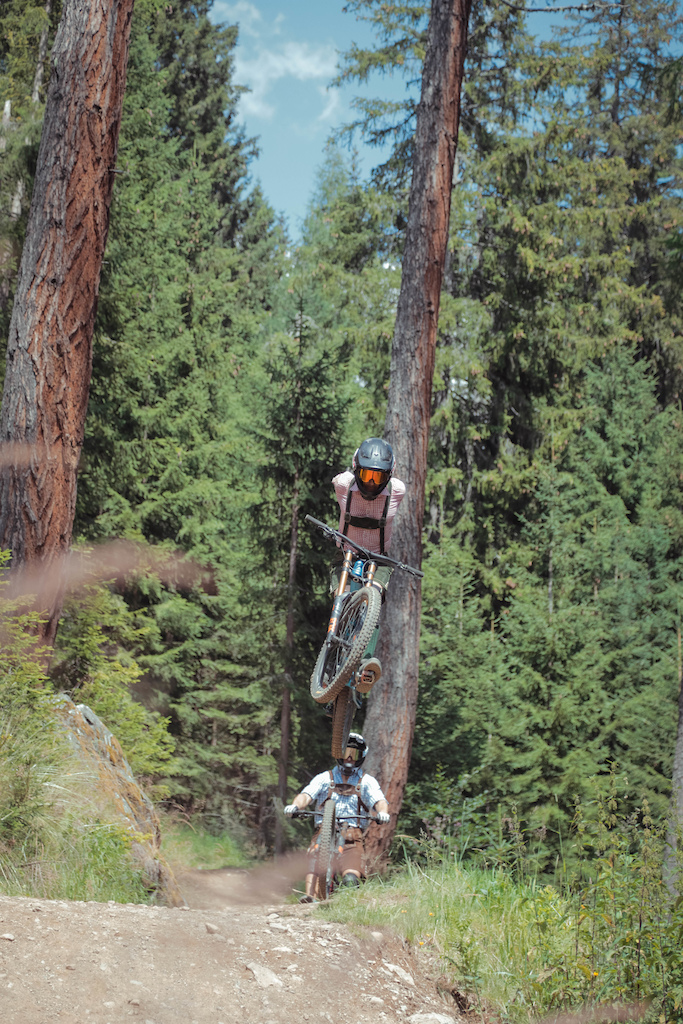 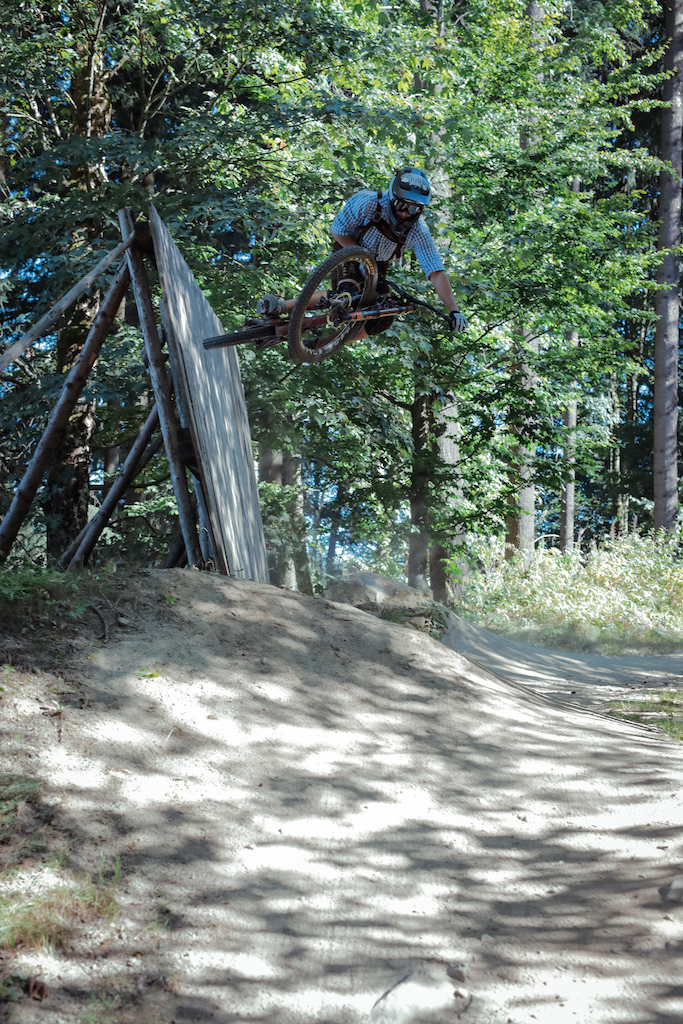 I was impressed by how many ideas Siegi had already collected again when we sat down together to talk about our newest project. Mani, Siegi and I know each other for years and we work together pretty well as a team. The days we spent filming in the bikepark lienz (Austria / Osttirol) were filled with many laughs and I’m sure that’s not the last episode of the Quertreiber!” reveals Björn Hunger with a winking eye. -Björn Hunger 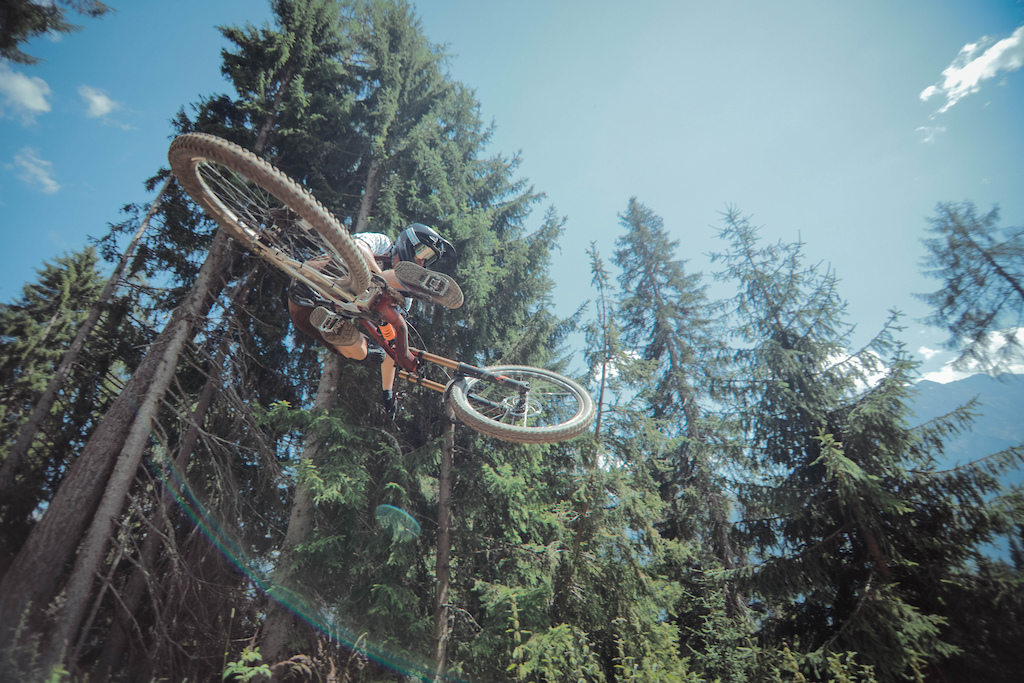 Siegi Zellner: A real Bavarian mountain bike kid who's 25 years old. The Oxensepp licked blood in XC and then switched to downhill. His uncompromising style on the bike and his amusing videos are definitely irreplaceable in the German downhill gravity scene.

Mani Widmann: A 25-year old Austrian who can’t hide his love for the sports and mountains. Bike, skies or a climbing harness, this boy has always a smile on his face. He has made himself a name in the gravity scene for being just a nice guy who can be damn fast if the clock is counting.

Björn Hunger: A truly talented 22-year-old kid from Austria who does filmmaking with such a passion and love. The magical Björn films kind of everything that's fun, cool or provides luminous betrayers eyes. 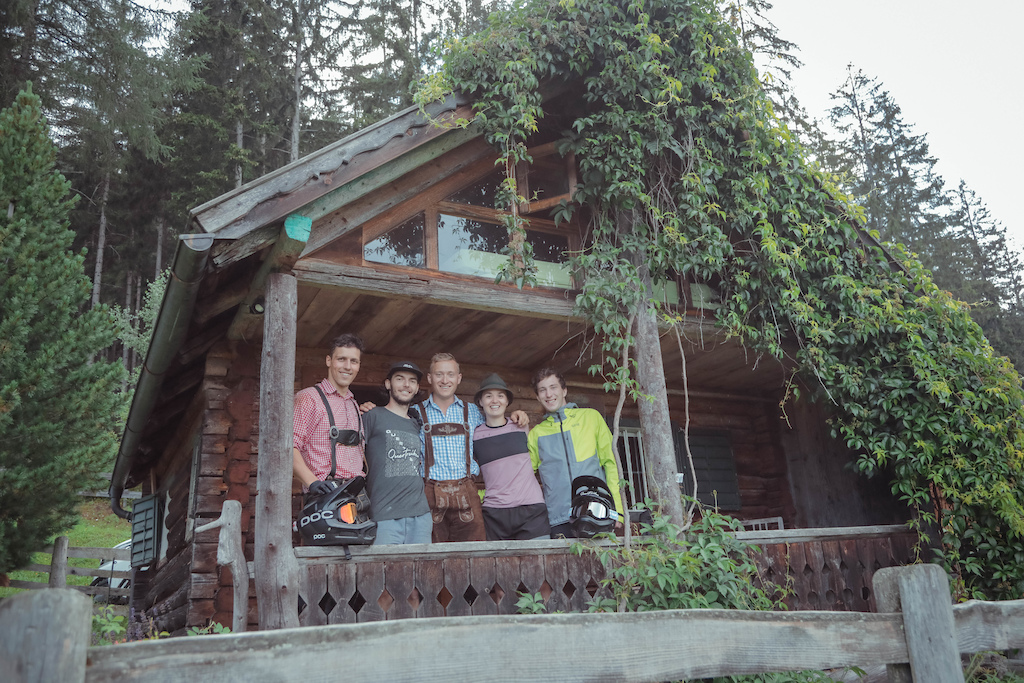 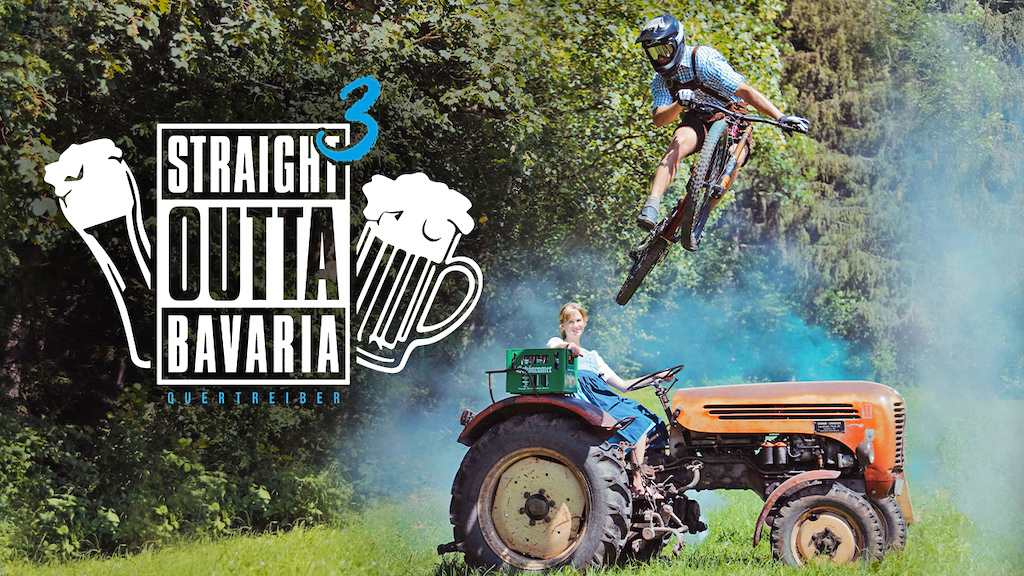 zeitfuerplanb (Sep 21, 2020 at 6:18)
What a great video: funny tons of clichés, skilled riders who can keep up with the level on the other side of the pond. Buaschn, weida so!

mensch-mueller (Sep 21, 2020 at 4:52)
Lederhosen are really great for downhill, nearly indestructible... reminds me of my childhood!

Where can I get some Blau-Weiss Bayrische goggle straps like that?

Good edit though! fun to watch

Muckal (Sep 21, 2020 at 11:00)
@torbenrider: I'd be absolutely positive about that. But who's going to pay for the expenses of the rest of Germany then? Better reconsider, my prussian friend.

JohSch (Sep 22, 2020 at 5:39)
@TheR: Bavaria is among the wealthiest and most prosperous states in Germany and therefore it´s rather Bavaria not wanting to pay for the others.

TheR (Sep 22, 2020 at 8:55)
@JohSch: Yes, I went to the university in Munich. That’s always the sense I got from people. And it wasn’t always just a matter of the economy — the cultural mentality was always we are Bavarians, and the rest of the world are Prussians, and they want no Ort of it.

Crankhed (Sep 22, 2020 at 2:52)
That chain stay wobble was pretty wild anybody recognize the frame brand ,almost seemed a bit accessive.