Jprestidge pinkbikeoriginals's article
Oct 20, 2020 at 13:53
Oct 20, 2020
Video: The Basics of Cornering with Christina Chappetta - Berms & Flat Corners
I’m always slightly puzzled by the bike/body separation thing. I see pros doing it on flat corners, but then look at someone like Sam Hill and he’s often not doing it at all, even on corners with nothing to push against (there’s a good video of this on YouTube where a rider compared a slow mo of him and Sam Hill on the same S bend in an Enduro race - Sam leans almost fully with the bike - no separation at all, even though the corner has very little support.) Similarly, at the recent World Cup races, most riders are leaning with the bike on the berms - they might swivel the hips a little, but their inside and outside arms are at the same angle. The other thing that I don’t understand is that the cornering forces are the same, and operating in the same direction whether you lean the bike more, the same or less than the body. I’m sure someone with a physics background can explain this better than I, but as I understand it, the forces are all operating the same, they’re just comprised of more body and less bike if you lean both together and more bike and less body if you lean the bike more. So, in effect, leaning the bike more than the body means you have to lean the bike further than you would if leaning both together at the same angle. So I’m not sure why I’ve is better than the other. JP

Jprestidge jamessmurthwaite's article
Oct 13, 2020 at 4:56
Oct 13, 2020
Madison Saracen & Danny Hart to Part Ways at the End of the Year
Check out the Maddison Saracen Instagram post comments from Danny’s dad (as already mentioned above) for more info. To summarise: Not about money. ‘Toxic atmosphere’ in the team. There’s obviously more going on here than meets the eye, but we’ll find out in due course. JP

Jprestidge Nukeproofinternational's article
Sep 23, 2020 at 9:39
Sep 23, 2020
Nukeproof Updates Cub-Scout Range with In-House 'Urchin' Components for 2021
My 10 year old daughter has the 2020 24 inch model and there’s no issue with the weight at all. It’s heavier than her previous Orbea, but she’s much faster on this bike. In fact, the additional weight (which is only a kg or so, unless you’re comparing it with super expensive bikes) seems to help the bike ride better over the bumps - something that’s important with a light rider who can get knocked around. JP

Jprestidge dan-roberts's article
Jul 6, 2020 at 14:05
Jul 6, 2020
Review: Nukeproof Mega 290c Factory
I don’t understand the issue with the bottle location - I have a Mega and use the under downriver bottle bosses; I just unscrew the cap before drinking. It’s really not that arduous. If you’re really bothered about ingesting nasty stuff just get a bottle with a flip cap. JP

Jprestidge mtb-phd's article
Feb 29, 2020 at 11:15
Feb 29, 2020
Video: Tracking an EWS Racer's Braking and Suspension Usage
People always tell you not to use any brakes in the corners, but there seems to be a bit of rear brake being used in many of the corners here, I‘ve always suspected.that even the pros are doing this (especially as, when it’s really steep, you’d have to slow to a stop at corner entry not to brake at all through a corner). Am I right? JP

Jprestidge brianpark's article
Nov 11, 2019 at 11:39
Nov 11, 2019
Video: Welcome to the 2020 Pinkbike Field Test
FFS - I thought the huck to flat nonsense had been consigned to the bin, but no, like some pointless Terminator it's back. Cue moronic discussions by PB members about how much fore/aft flex there is in a modern fork. Please stop. JP

Jprestidge jamessmurthwaite's article
Oct 6, 2019 at 10:16
Oct 6, 2019
UPDATE: Fundraiser Set Up for Windhill Bike Park After Suspected Arson Attack
That's such a daft thing to say without knowing any of the facts. The fire could easily have threatened the future of the bike park. Luckily it was discovered quite early on and dealt with quickly, meaning the damage was limited. I'm sure they won't get anything like the cost of the ramp and hut back from the insurance company. Any money from the fundraising that isn't needed will go to the local air ambulance. Sometimes it's worth engaging your brain before casting aspersions.

Jprestidge jamessmurthwaite's article
Oct 5, 2019 at 0:47
Oct 5, 2019
Nukeproof Reveals EWS-Winning Carbon Mega 290
@privateer-wheels: Exactly. I've got a Mega and the downtube location isn't a problem at all - just buy a bottle that has a cap. It's really not that difficult! JP
Load more... 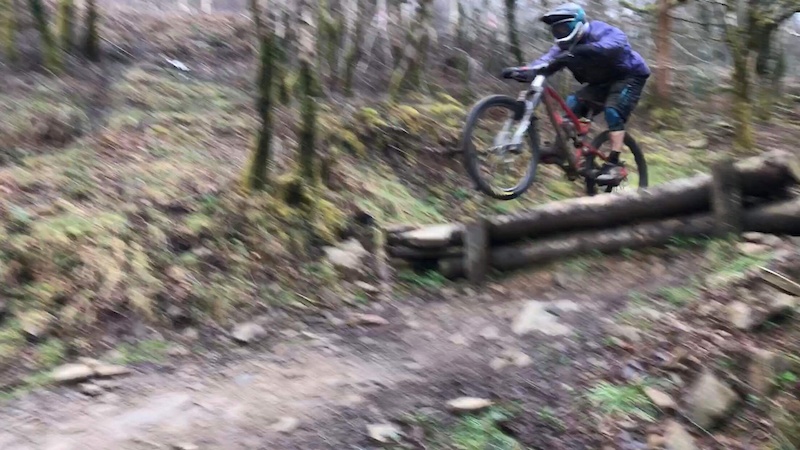