Lornholio jamessmurthwaite's article
May 16, 2021 at 6:53
5 hours
Updated: The Fest Series Parts Ways with Darkfest
@schwaaa31: Because some people think that Fest is Dark Fest. See the numerous comments like "I didn’t even now there are different fest series events". @SangamonTaylor: Vink has an Instagram account? Yes it seems he does. Fest likewise. But look at the frequency of those accounts' posts and you should be able to see that they're not really into it in the same way as some others.

Lornholio jamessmurthwaite's article
May 16, 2021 at 5:27
7 hours
Updated: The Fest Series Parts Ways with Darkfest
News flash: some people aren't into the whole YouTube and Instagram thing. Some people really aren't into it, to the extent that they want to distance themselves from it. Respect to Vink for doing his own thing and good luck with future events.

Lornholio dan-roberts's article
Apr 28, 2021 at 1:54
Apr 28, 2021
Review: DT Swiss EX 1700 Spline Wheelset
I've built two wheelsets (350 straightpulls onto a 511 & 481 then 240 J-bends onto the same type of rims). Lacing was more intuitive with the straightpulls because the hub directs each spoke in the direction it needs to go and tensioning is no big deal - just grip the spoke with your fingers or or padded pliers until tension at the hub end is enough to hold it. And spare spokes are easy to buy. Two local shops refused to build the straightpulls for me the first time around because of the time and effort involved. I don't get it.

Lornholio henryquinney's article
Apr 23, 2021 at 12:02
Apr 23, 2021
Review: 6 Hard-Hitting Rear Tires Ridden & Rated
Three friends and I had the exact same experience. I think I got two months out of mine at a stretch compared to my usual three months, just because I wanted to wait until a big trip before putting new rubber on. The last couple of weeks were sketchy. To be fair our trails are pretty long and very rough so the last sentence in the article's review is pretty accurate. The Fronts are good - I'll order more when stock arrives.

Lornholio henryquinney's article
Apr 23, 2021 at 11:56
Apr 23, 2021
Review: 6 Hard-Hitting Rear Tires Ridden & Rated
This. I think I got hold of the last Wild Rock'R2 Gum-X remaining in Europe and it'll be on the rear of my new Madonna with Tannus Tubeless as the benchmark for everything else. Hands-down best all-round rear tyre for where and how I ride. Wild AM2 will go on next, hopefully the side knobs hold up better than the Wild Enduro Rear and the casing is strong enough but I have a DH34 Bike Park on standby if not. Currently I'm on a pair of Wild Enduro Fronts (old front on the rear), draggy as hell on long road climbs but rides well so that's an option too whenever Fronts come back into stock.

Lornholio brianpark's article
Apr 13, 2021 at 11:57
Apr 13, 2021
3D Printed Randoms - Pond Beaver 2021
@jpat22: I just have some long velcro straps around my toptube to hold my OneUp pump currently, with some 3M rubber tape between pump and frame for protection and the pump has made an impression on the tape which keeps it from moveing side to side. Works well on the cheap but something like those Zefal ones would work too, or BTwin's "Universal Pump Bracket" for €2.50 from Decathlon.

Lornholio brianpark's article
Apr 13, 2021 at 11:52
Apr 13, 2021
3D Printed Randoms - Pond Beaver 2021
@brianpark: I emailed OneUp after we spoke about the inline pump mount and they said it's on the to-do list but no dates planned. I bought a cheap Decathlon strap-on pump mount and am waiting on some AliExpress special silicone watch straps arriving to rig something up myself pretty much the same as the Linderets mounts - might have just bought those first if I'd seen them. I read that this Topeak one works OK too: https://www.bike-discount.de/fr/acheter/topeak-mountain-morph-turbo-morph-g-holder-763047 And these look like a nice solution: https://www.planetbike.com/micropro-mini-pump-bracket/

Lornholio sarahmoore's article
Apr 6, 2021 at 9:25
Apr 6, 2021
Pinkbike Buyer's Guide: The Best Clip-In Trail MTB Pedals for 2021
Counter point to your comments on Looks' durability: I've had the Look En-Rage (not Plus) for about a year and a half and they're holding up totally fine to the same abuse I have put two pairs of XTs through including plenty of rock smashing. Both previous XTs lasted about 3 years until the mechanism got a bit sloppy and I bent an axle slightly on each, so I'll keep an eye on the Looks for the next year or so. The "non-Plus" En-Rage feels identical to XTs to me, cost the same, weigh the same. They're blacker and the tension can go a little higher if you want it to, that's about it. I have no play in the axles right now so haven't touched them but you do need a proprietary tool (€10) to open them up so that's about the only minus point. Would buy again.
Load more... 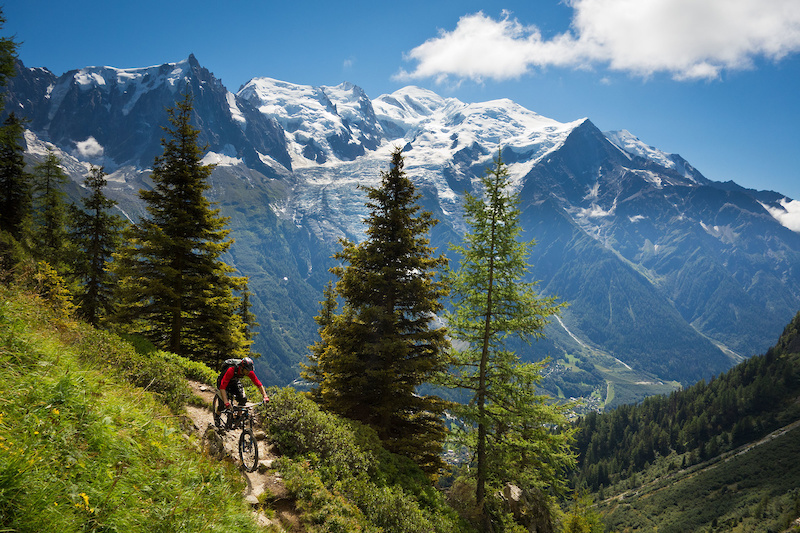