cpgang pinkbikeaudience's article
Dec 7, 2017 at 23:58
Dec 7, 2017
Two Weeks in Utah With Nick Pescetto - Video
ahahah funny but true!! ran a marathon through the airport just to get to an empty plane.. luggage was still lost for checking in too late tho :(

cpgang pinkbikeaudience's article
Feb 14, 2017 at 6:37
Feb 14, 2017
FINAL ROUND: 2016 Photo of the Year - $10,000 Cash Prizing
GUYS!!! HERE'S EVERYTHING YOU SHOULD KNOW BEFORE VOTING THE ROOST SHOT. Les 2 Alpes; that day we had planned a morning shoot with Bartek, and although we knew the wake up call would have been hella early we still went deep in the party.. We woke up with a mad hangover but we somehow managed to show up just 30 min late to the meeting. We began shooting here and there on the trails, it was hot and we were sweating the drinks from the night before, actually some of us (Luis biscaldi) could barely stand still on the bike and crashed on every corner we shot that morning ahah. Towards the end of the shooting we found this mad dusty fire road, it was like walking on the moon. There were 20cm of brown "powder" laying on the floor. Bartek immediately got fired up to shot some heavy roosts... Both Nick and Luis did a couple of runs each. Ultimately, the last roost by Nick (this photo) blew us away. Bartek's set up was pretty much destroyed but he was laughing like a kid ;) We were all super hyped with the shot and we start packing our stuff to head back to the village when a guy that had been watching us doing roost for a while, dropped in and tried to roost in the exact same spot as Nick, except he snapped the rear end of his banshee in two pieces and went down head first. Even tho we felt pretty bad for the guy it was the funniest thing ever. The dude started walking down the hill carrying what was left of his bike on his shoulders. We could not stop laughing. 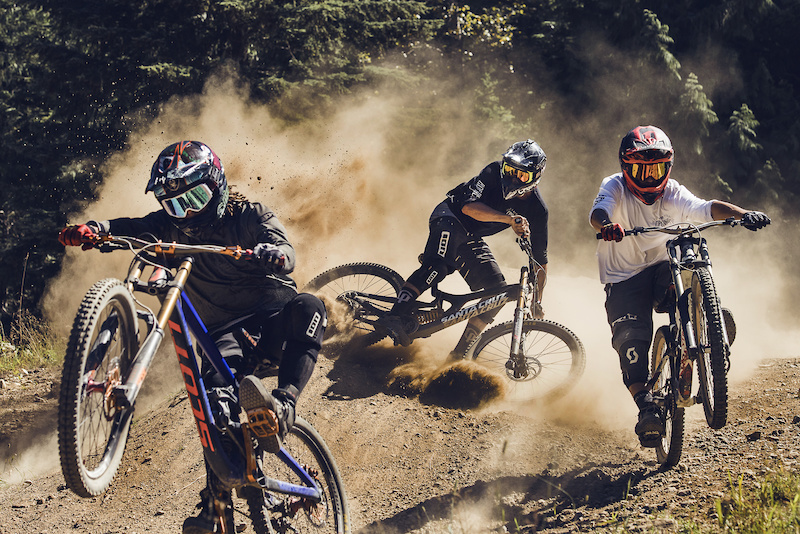