$2000 EUR
Hi everyone... I'm looking for a Brooklyn Machine Works SR6 or mini-link. Let me know if you have or know anyone who owns one and could be willing to sell. Thanks in advance.

gnrendeiro paulaston's article
Jul 6, 2018 at 0:43
Jul 6, 2018
The Resurgence of High Pivot Suspension Design
@fecalmaster: That is so true, thanks for reminding, obviously we can't forget the Avy shock importance in the package. I've left DH and sold my racelink a few years ago to another guy who liked BMW as much as I did. I still have another Avy DHS for an enduro bike, though.

gnrendeiro paulaston's article
Jul 4, 2018 at 1:42
Jul 4, 2018
The Resurgence of High Pivot Suspension Design
It is not just the "high pivot" thing. I would say the most important part is the rearward travel of the rear shock, which is fairly common on the high pivot bikes. This gives you a longer wheelbase when compressed increasing its stability at high speed and also being a rearward travel reduces a lot the "braking effect" when hitting an obstacle with your rear wheel.

gnrendeiro paulaston's article
Jul 4, 2018 at 1:34
Jul 4, 2018
The Resurgence of High Pivot Suspension Design
@fecalmaster: People who have not tried them don't even come close to imagine how good these things were. I've had a Brooklyn racelink and it was by far the best DH bike I've ever ridden. And regarding the weight, the only time I noticed it was at the end of the day by the fadding on the brakes due to overheat... but that was because I'm a pussy who has trouble leaving the brake lever alone! :p

gnrendeiro pinkbikeaudience's article
May 31, 2018 at 3:31
May 31, 2018
Opening Weekend Survey 2018: What People Are Riding at the Whistler Bike Park
@ka-brap: It clearly is a very specific market. Almost no Hope, BOS, and other really good products. I have been running Hope's for more than 10y and at the same time on other bikes I've run other brands like Hayes, Avid and Formula and in terms of brake feeling and maintenance, I just love hope and don't really understand the sales on other brands.

gnrendeiro vernonfelton's article
Jan 18, 2018 at 4:09
Jan 18, 2018
What's the Deal With SRAM's DUB System? More Questions
@ThomDawson: I've been playing with the number of cogs up front since I was a little kid. I remember a dirt bike I had with 2 cogs upfront and a Shimano SIS shifter because it was one of those shifters without set positions in which I could just calibrate for one gear at lowest position and the other at the highest position and that's it, and this was an "emergency" extra gear to be used sporadically. The shifter was even fitted to the frame and not the handlebars. Nowadays I run my all-mountain/freeride bikes with the truvative hammerschmidt (which is kind of a pain in the *ss with the noise and added maintenance) and get 2 cogs upfront and 9 or 10 on the rear, which is more than enough. I've always tried as much as possible to use the shortest rear derailleur possible and the new set-ups are just ridiculous in terms of rear deraileur size. That only gives you added chain noise and chain slap and reduces the general strength of the rear deraileur. Sorry, but 1xInfinite is not for me. Just to add to your description of DH bike with see through tires and all I would say that having a rear cog bigger than your disc brakes also kind of gives in the XC interest, and for XC, there are clearly better bikes.

gnrendeiro pinkbikeaudience's article
Jan 10, 2018 at 0:58
Jan 10, 2018
No Fly Zone: GoPro Leaving the Drone Business
@slovenian6474: When the Karma came out there was no spark yet and I don't believe you can compare both in terms of market segment. Also, I was comparing to the cost of buying just camera and karma grip alone because, as I've said above, this drone makes sense for someone which already is a GoPro consumer and just wants to take his point of view to "another level" and instead of buying just the camera or the camera and Karma Grip, they give $500 more and go for the complete pack with the drone. I do understand both sides, I'm just saying that if you look at the Karma from a drone user's point of view than there are better options, but if you look at it from the GoPro user which wants to increase his/her options with the GoPro equipment, than the Karma is a pretty good option.

gnrendeiro pinkbikeaudience's article
Jan 9, 2018 at 1:49
Jan 9, 2018
No Fly Zone: GoPro Leaving the Drone Business
@zokinjo: The biggest mistake people do is comparing the GoPro Karma to DJI's drones. The GoPro Karma is not a drone, it is an accessory that let's you fly your gopro, which is much different. I have the Karma and I'm very happy with it because I already "needed" (if you can call it a need) a GoPro and the Karma Grip (which by the way is one of the best gimbals out there) and the difference to buy the full Karma kit including GoPro and Karma Grip is like half the price of the cheapest DJI. Until DJI make a camera that you can unlatch from the drone and take it swimming or almost any other sport without risking ruining your camera, than DJI drones aren't a match. The Karma is not a drone for people who want to go make professional aerial video, it is a new perspective for the people who own a GoPro. The Hero6 is one of the best action cams out there, if not the best, and the Karma just gives it the "ability to fly". Having this said, of course I would like to have some proximity sensors to avoid crash and be more confortable with the new "Follow me" modes which if we are not careful will just make you crash your drone.
Load more... 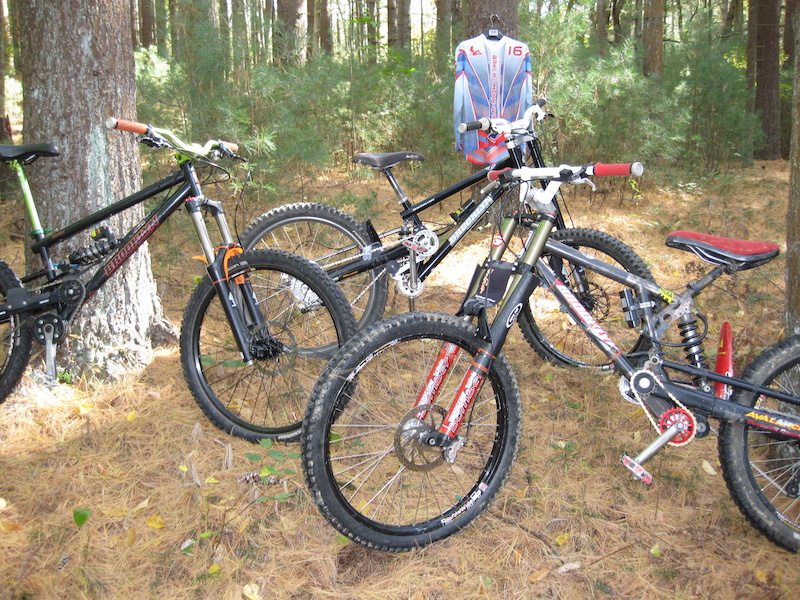