Lovin' and Livin' in the mountains for decades.
I've spent years shuttling & now I've spent years pedaling and learning to fly high again after some life junk took me down.
I think a mtn bike can save your soul, heal your heart, and strengthen your body in really helpful and interesting ways.
If you ride and you put some intention in there, its one of the greatest all around tools for human life.
PNW roots run deep.
ROCKY Mtn High is pretty high.
Its all love and gratitude here.

maximumradness henryquinney's article
Nov 18, 2022 at 12:13
Nov 18, 2022
Staff Rides: Henry Quinney's Transition Spire
I find my spire to be a lively trail bike. And a bomber big mountain sled. And a comfortable all day climber. Which is weird. Sometimes I forget it’s 170 till I need it to be. Than I’m glad it is.

maximumradness GroundKeeperCustom's article
Nov 18, 2022 at 12:10
Nov 18, 2022
Ground Keeper Introduces Decals for Bolt-on Fenders
Can’t get enough Colorado camo. On my bike, in my climb switch, and all over my boxxers and stuck onto my forx….

maximumradness pinkbikeaudience's article
Nov 16, 2022 at 9:45
Nov 16, 2022
The Industrial Re-Revolution: How Kitsbow Is Helping to Usher in a New Era of American Manufacturing
Pinkbike: giving us beta’s hits back. Get every click out of that good written editorial product. Maybe, just maybe: make writing great again? You got the writers. In this world of clickbait (even pinkbike yes I know) junk and Long form still rules.

maximumradness pinkbikeaudience's article
Nov 16, 2022 at 8:58
Nov 16, 2022
Win It Wednesday: Enter to Win a Pair of TIME Speciale 12 Pedals
Wait? No complaints about never winning? Shoot. Was I late to comment party?

maximumradness mikekazimer's article
Nov 4, 2022 at 6:00
Nov 4, 2022
First Look: 2023 Scott Genius & Genius ST
I have been re-reading these comments for a day. It’s kind of happy mind numbing. You guys and gals get me. Thank THOR that I don’t work on whole bikes anymore, cuz where I live, lots of Scott bikes seem to be rolling around. Maybe this new ish nude will be good for the suspension service industry? But I keep thinking as I’m reading and watching the Santa Cruz ads and the ride wrap ads with Santa Cruz bikes in them pop up at the sidebar…… This bike makes me want a Santa Cruz more. So that’s something….. I guess?

maximumradness mikekazimer's article
Nov 3, 2022 at 12:43
Nov 3, 2022
First Look: 2023 Scott Genius & Genius ST
Love the stance of the bike. It would be neat to see this exact layout with zero internal anything and traditional tube locations. Maybe a shock basement like banshees legend could accommodate that low slung center of mass. Oh and a nice crispy CHRIS KING headset with no holes in its covers.

maximumradness mattbeer's article
Nov 1, 2022 at 16:23
Nov 1, 2022
First Look: Race Face's Era Carbon Cranks Are Guaranteed For Life
How many carbon cranksets dollars worth are one set of EEWINGS? I had the same stories, heard the same stories, and eventually saw the math. THE MATH DOESN'T LIE. It’s 3. We’ll actually closer to 2.3…. And no more waiting on warranties from ANYBODY that makes carbon stuff. ITS A PROACTIVE FINANCIAL DECISION as a life long mountain biker TO BUY METAL CRANKS. I don’t love the CHONKEY LOOKS, but I hit shit and it’s usually a rock and not just “some shit.” And when I do? I keep riding. Sometimes I congratulate my cranks. Out loud. While still smashing the trail They’re little magical unicorns, these space metal pedal arms… They like it when I smash their faces with rocks. That’s what I call a RACE FACE….. 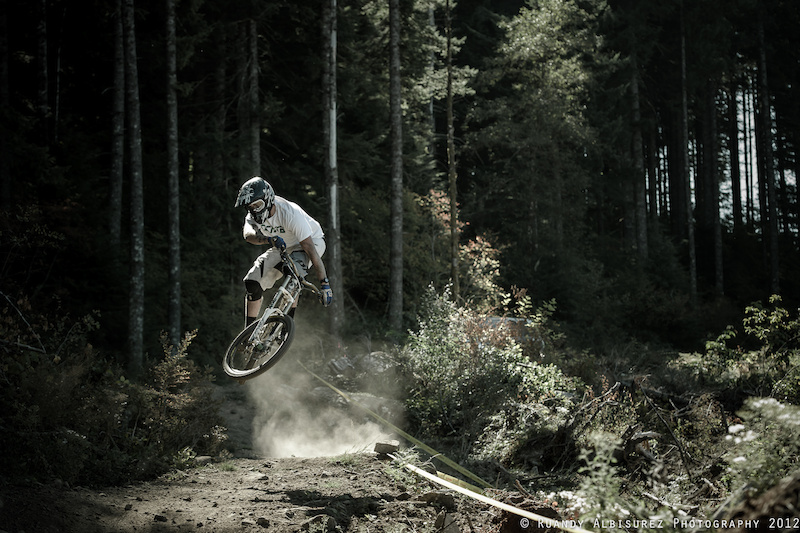