How much for the left one?

tyler0001 JulianCoffey's article
Jul 24, 2011 at 14:48
Jul 24, 2011
Kokanee Crankworx 2011 - Semenuk's Winning Run
The only person that had a problem with the course was Lacondeguy. He thought the jumps were to small.. Most everyone else said after the courses they've had over the years this one is the one that let the riders show there stuff the most without risking their life on some unnecessarily massive jump or drop. I loved this course. I would probably say it's the best one they've had. And to say that Semenuks run was "unimpressive", is idiotic. I dont know what you expected out of him. But that was pretty damn impressive to me.. 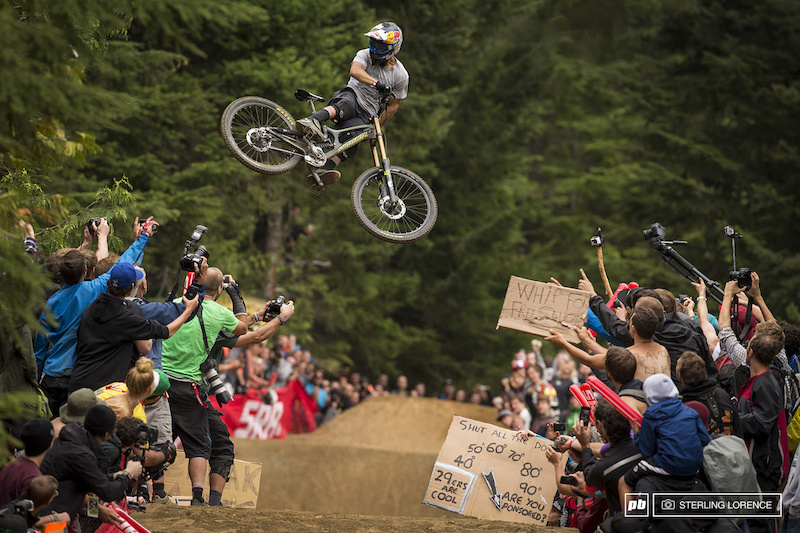