BDS Announce Dates and Venues for 2017

Join Pinkbike  Login
British Cycling is pleased to confirm the dates and venues for the 2017 British Cycling MTB Downhill Series. The 2017 series will comprise of six rounds and will be coordinated by British Cycling in partnership with the tried and trusted hands of the BDS Team. 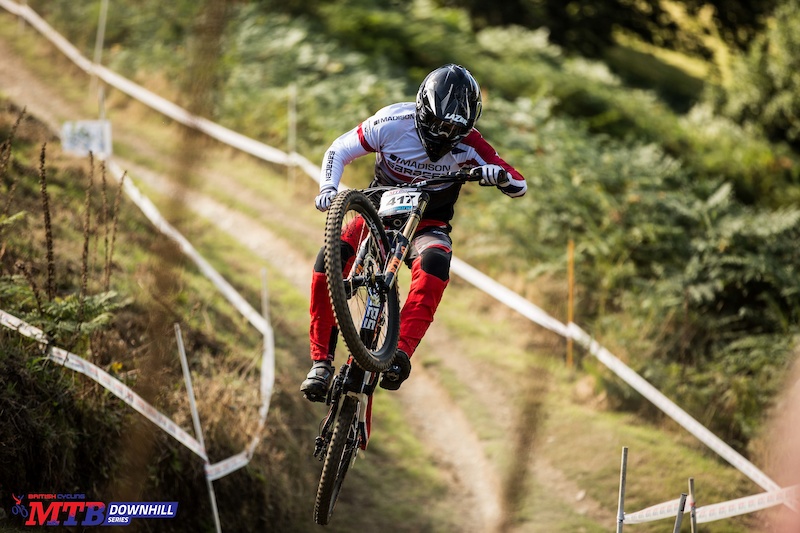 The series begins at the historic and beautiful Nant Gwrtheyrn on the North Wales coastline, at the start of April with the venue featuring a brand new steep and technical course exclusively for the BDS. The second round then heads to Fort William in Scotland in May and will be a prestigious UCI Classe 1 event and over £5k in prize money. With the UCI MTB Downhill World Cup taking place at the same venue three weeks later the best riders in the World are expected to fly in, in preparation for the UCI World Cup.

From there the series moves to Rhyd-Y-Felin in June on a newly revised track with multiple and varied features, making this event and venue one of the highlights of the BDS race calendar. The legendary Farmer Jack's Moelfre follows at the end of July, an event which will also host the coveted British Cycling MTB Four Cross National Championships which will take place on Saturday night. 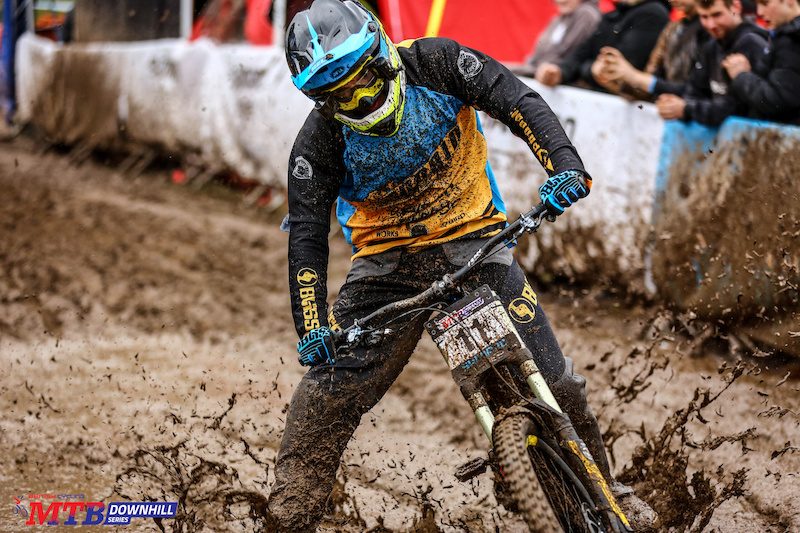 The fifth round dips back into Wales for the penultimate event in Llangollen with competitors tackling what is widely recognised as the steepest and most technical downhill race course in the UK with rumours of the full woods track being used top to bottom. The series winners will be crowned at the final event of the season in the middle weekend of September as the BDS makes a welcome return to racing in England at Hopton in Shropshire.

Si Paton, Event Director, said: “On behalf of the British Downhill Series Team we are both delighted and honoured to be entrusted with delivering British Cycling's MTB Downhill Series.

“British downhill racing is at a pivotal moment and with the vision and support of British Cycling, we can now embark on the implementation of our strategic goals for the 2017 and 2018 seasons.

“I would like to highlight the work done by the British Downhill Series team and marshals that will deliver this vision. Their commitment, hard work, and unwavering attention to detail allows us to safely deliver these fantastic events come rain or shine. The above can only be delivered with the full support of our industry leading sponsors, our eternal gratitude goes out to them ” 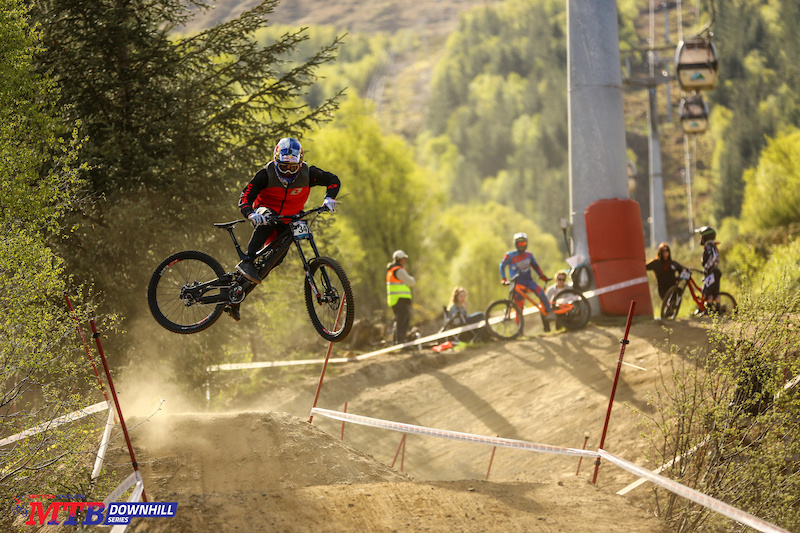 Round 1: 1st and 2nd of April at Nant Gwrtheyrn, Wales. 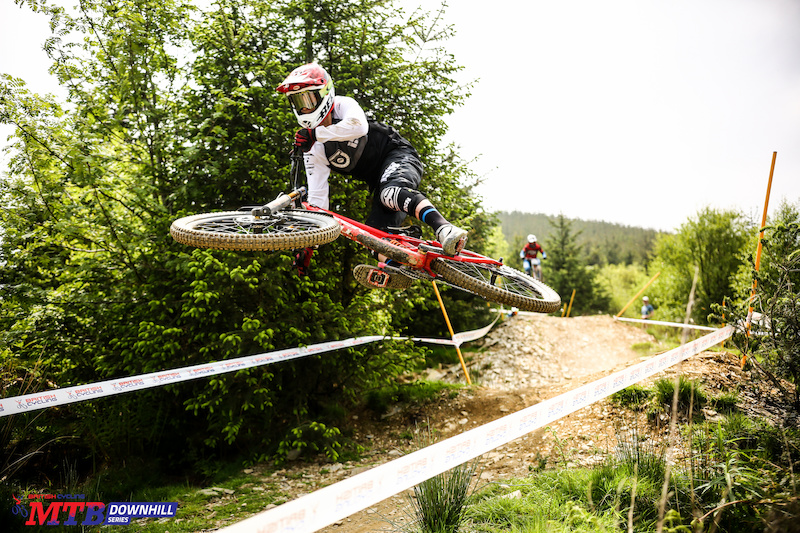 We can also confirm full factory race support for all riders from Shimano, Hope Technology, Crankbrothers, and Sprung Suspension. Online entries are now open for all Expert and Elite athletes. All other categories open on 1 January, 2017. For further information on the series and to enter, please click HERE. 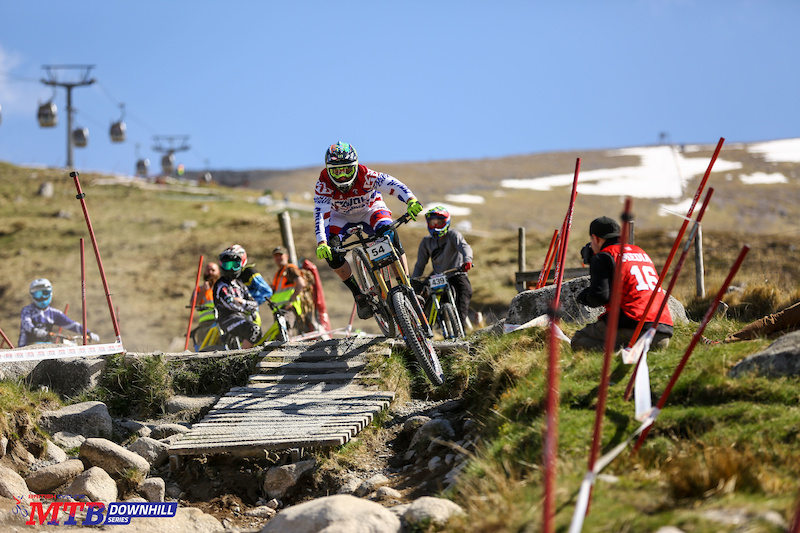 si-paton Plus (Dec 2, 2016 at 10:45)
Always happy to help:
Nant G is a brand new track, Llangollen will be full woods top to bottom, first time used in 7 years. Hopton has never used for a National in over 10 years.

We welcome international riders to all of our events, we had over 95 Elites back in 2015 with the likes of Brosnan and Marcelo flying in.

Scotland has some great tracks but lacks big venues. Glencoe is awesome but we've been hit twice with bad weather there. Ae needed a rest from the calendar and Dunkeld has no finish arena. Inners uplift is not ideal, especially with the 1.4 mile ride along the road and the big hike to the top.

Hamsterley is not long enough and Surrey Hills for a BDS? Is there a 2plus minute steep track with uplift? Il ask Brendan! Lake District is on lock down with SSI and SSSI.

hairy-g (Dec 2, 2016 at 6:28)
They should change the name to the WDS. Admittedly there's not that many tracks in England worth racing but definitely a lot in Scotland that get overlooked other than just Fort William.

haroman666 (Dec 2, 2016 at 7:40)
There's definitely scope for a greater variety of tracks, and more than one in England too! Peak and Lake District, Surrey Hills, Hamsterly... Suuuuuuurely they can scope out somewhere. But still, I'm happy that we have a very good DH race scene in the UK.

wallacem (Dec 3, 2016 at 9:29)
Si. Is it correct that there is no practice on Fridays at BDS races? Only practice Sat and race Sun? Makes it harder to justify a trip there for just 2 days of riding.

si-paton Plus (Dec 3, 2016 at 0:41)
Only Fort William is the exact same track, though we go different in the woods each year. Llangolen has 3x BDS standard tracks.
Post a Comment