Join Pinkbike  Login
At its core, freestyle mountain biking is an expression of creativity. The same lines can be ridden by hundreds of riders, but only the best can bring a distinct style to the biggest terrain.

To honor this ethos, the Trek C3 Project partnered with JBL and the industry’s leading cinematographers to create a series of films that highlight each C3 Project rider’s dream session. We put no limits on the project, and the result is something extraordinary: the kind of riding that touches the very essence of imagination, individualism, and creativity.

In this film by videographer Harrison Mendel, C3 Project legend Cam McCaul and friends show up to tame some untouched desert landscape. Watch McCaul, along with Ryan Howard and Dusty Wygle, turn the rugged hills into a playground aboard their Trek Remedy bikes. 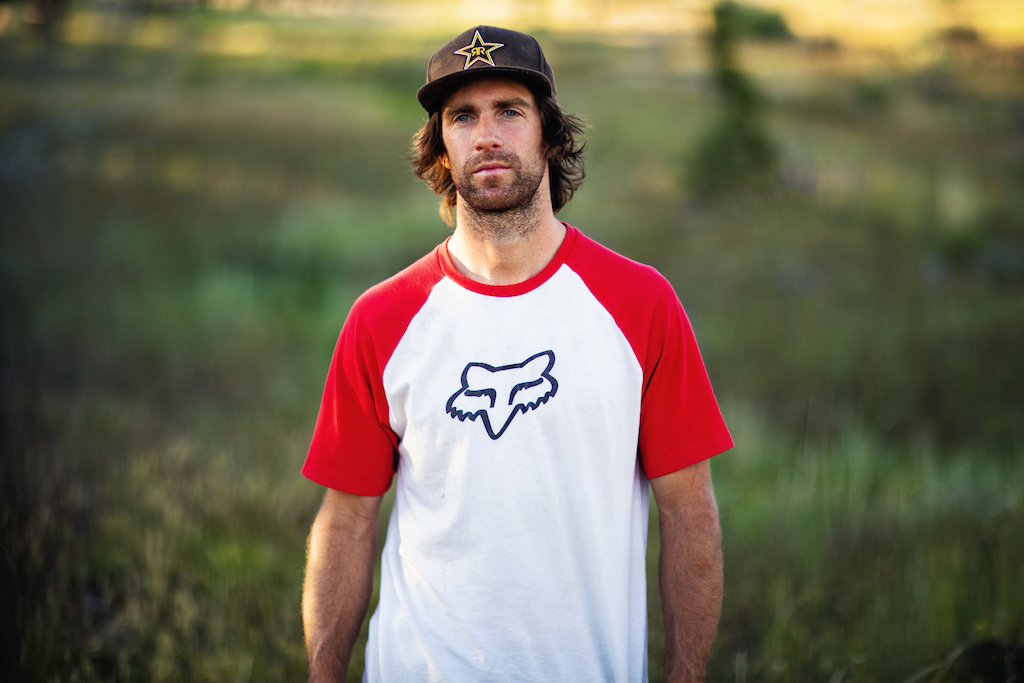 This guy. Cam McCaul. Busier more so now than ever before. Between announcing events and hosting TV shows, he's riding. 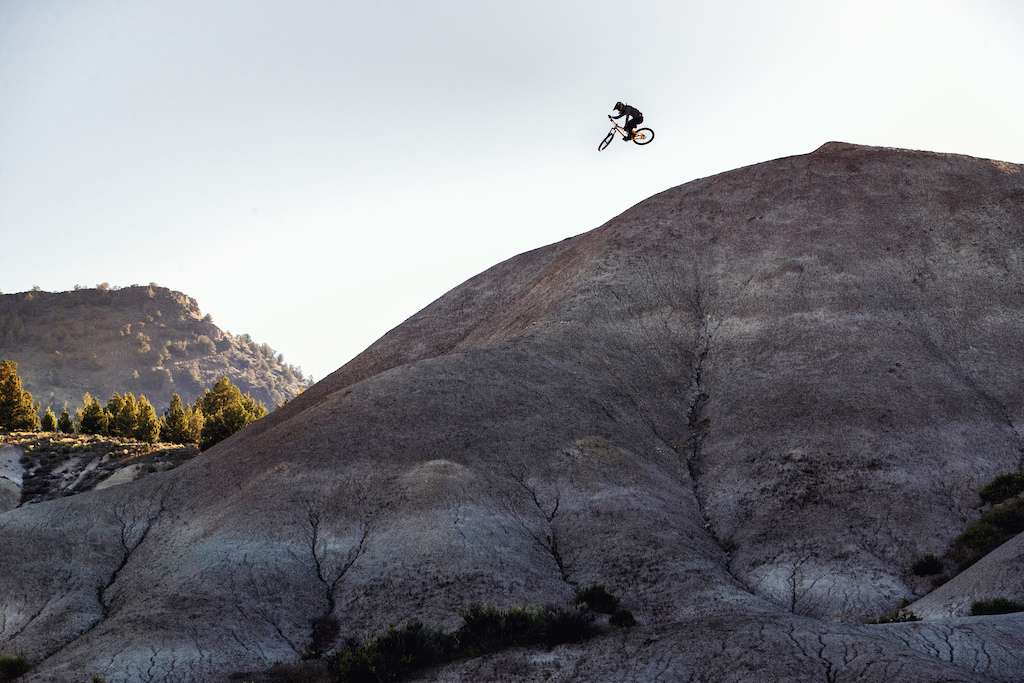 It's tough to find landscapes that could rival Cam's riding. 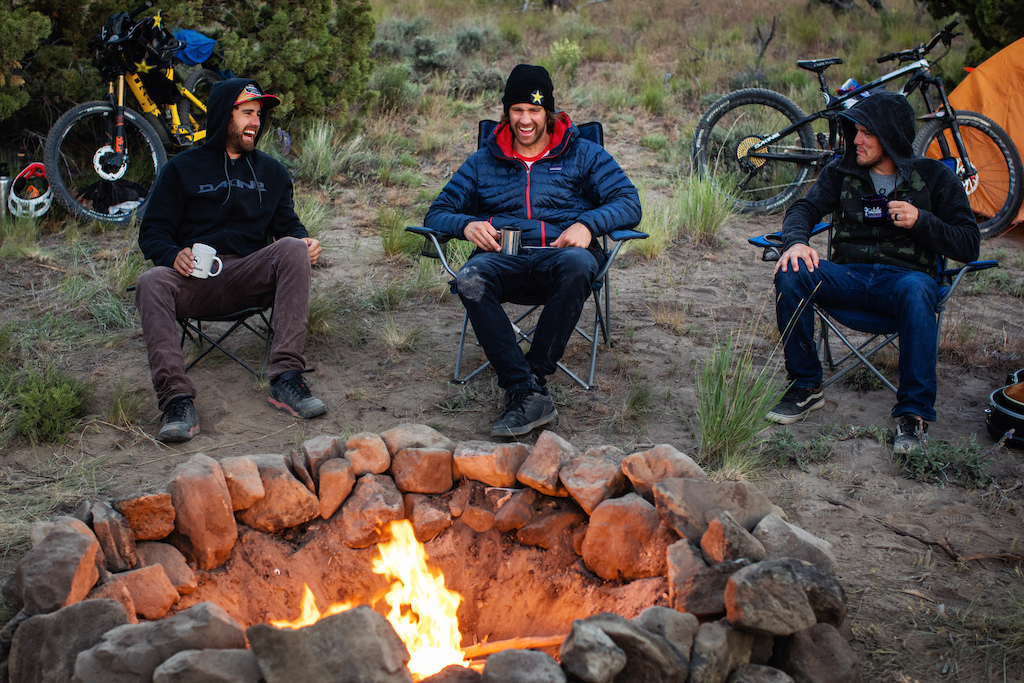 If you're headed to the middle of nowhere, bring backup. Ryan "R-Dog" Howard and Dusty Wygle along with videographer Harrison Mendel and photographer Tyler Roemer were the crew. 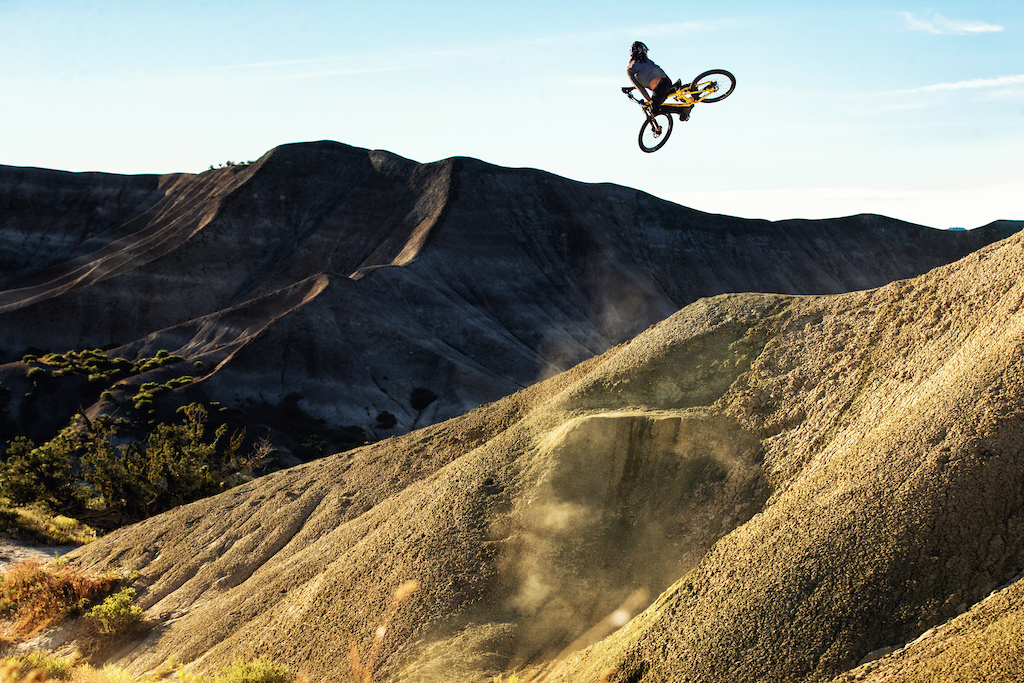 Cameron trying to get a better view of the area. 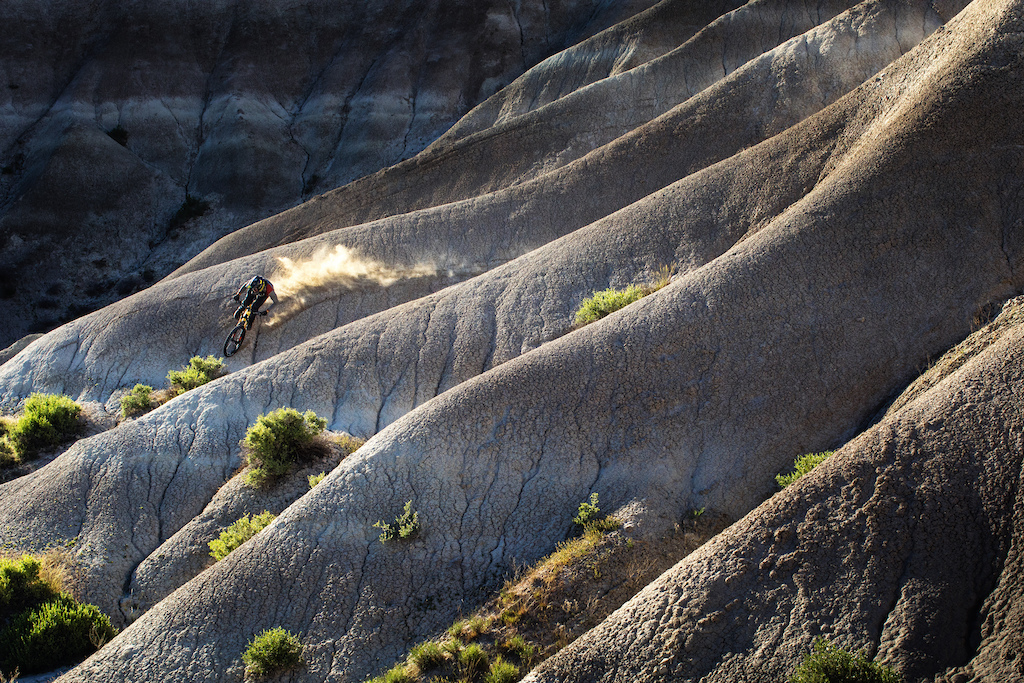 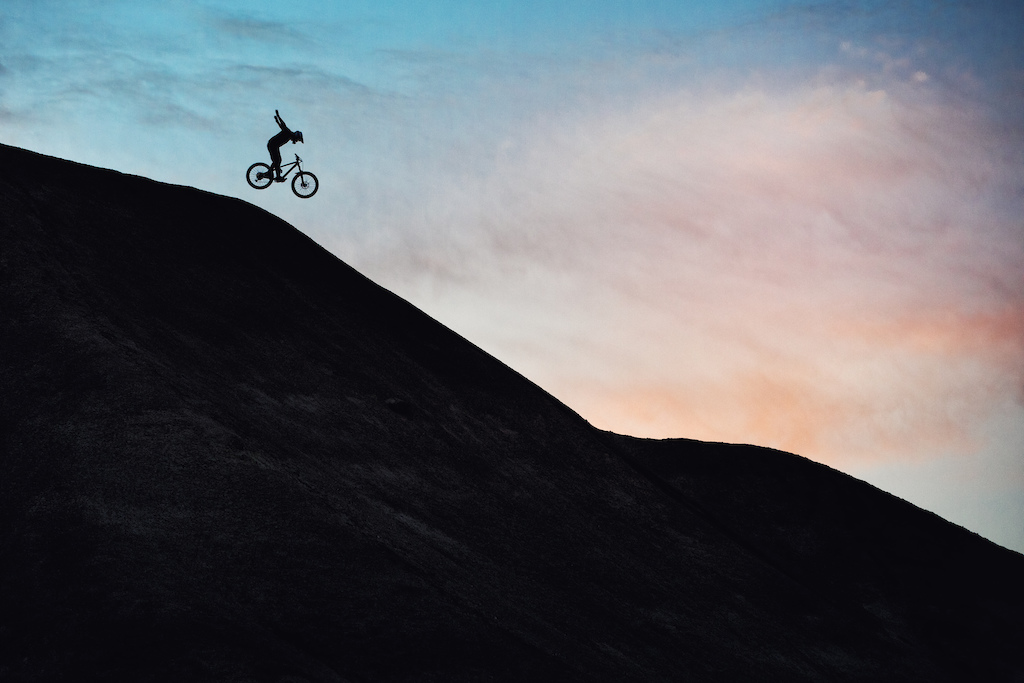 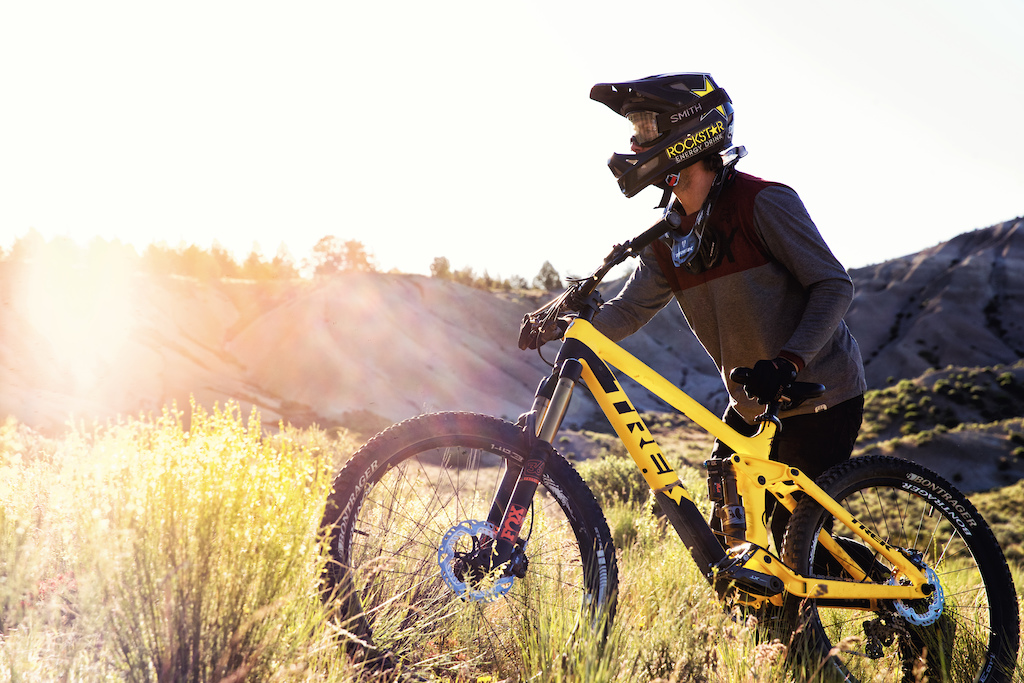 Cam's custom Trek Remedy. Half all-mountain bike, half slopestyle bike. A one-off frame built just for Cam. And yes, those are 26" wheels. 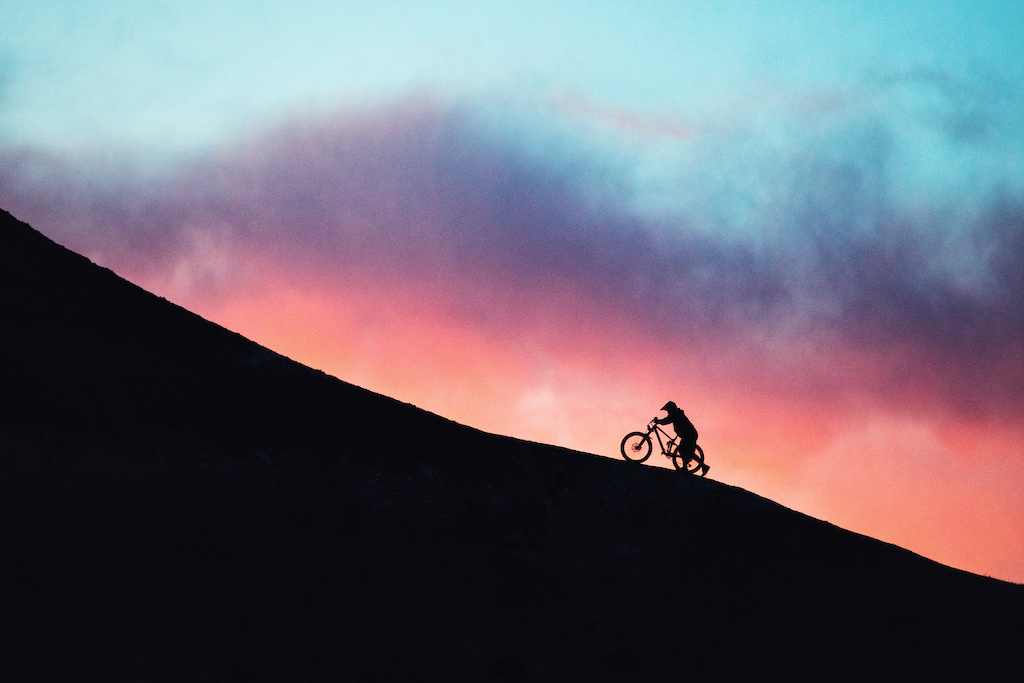 endlessblockades (Jun 27, 2017 at 10:53)
@taurausmountain: I wish there was a simple way to say that I laughed out loud at that flute remark!!

shredmdp (Jun 27, 2017 at 8:56)
yo, can the ppl get a little more exposure? I got my screen on max brightness and still can't hardly see anything. the faux-darkening is a little 'dull'. Sick ass riding from what I could see though.

The riding clips in this were actually quite good. You can actually regularly see them take off and land in the same clip.

Ohh!! Yes, an opportunity to change my answer! Thank you. My dream "rest of your life" bike is being built at Trek right now. Its a Medium Remedy 9.9 front triangle with a short 420mm chainstay, a little less rear travel than stock, a spacer beneath the headtube to make room for barspins and tailwhips, dropper post, 11 speed, and a tricky BB spindle friction device. Fox Float X2 in rear / 160mm 36 up front, Oh yeah... and 26 inch wheels.

"Where am I going, what kind of riding do they have there?" Who cares, pack that bike and call it good.

schulte1400 (Jun 27, 2017 at 9:01)
@treekilla: it does have the knock block, but what they did was put spacers on the fork steerer tube, thus lowers the fork so it doesn't hit the frame (allowing him to do bar spins) and it elongates the axle-crown so its similar to a 27.5 fork, which keeps the geometry very close to a 27.5 remedy. He mentioned it in an interview here on pinkbike. I think it was the ask Cam McCaul anything interview, it was in the comments.

mountaincross (Jun 28, 2017 at 4:28)
I miss my 26er. Nothing whips through corners, pumps uneven terrain, accelerates, or plays nicer in the air than one of those. Sure 26 in wheels have their drawbacks compared to larger sizes, but you don't need mind blowing slopestyle skills to appreciate these qualities.

animopinkbike (Jul 5, 2017 at 1:07)
Why do Trek and the riders always build bike we all want and not make them available. For example Trek Session Park not easiest bike to get hold of. I sold my Session Park and purchased the Remedy 2017 RSL. Amazing bike but missing 26 inch wheels. No boost conversion to 26" wheel available because of spacing issues etc.

PISSSSSED OFFFFF WITH THAT BUILD EXACTLY WHAT I WANTED; TREK SORT YOUR SHIT OUT AND GIVE US WHAT WE WANT WITHOUT SPENDING 20K UNTIL I GET THERE.........

Zuman (Jun 27, 2017 at 18:38)
Petition to make that Remedy available to the market If we get to a thousand potential buyers, they'll make it available to public. Please sign below,

fattyheadshok (Jun 27, 2017 at 20:56)
Nothing to say here that hasn't already been said. Those are some serious riding skills. Cam is so smooth and fluid on the bike. The cinematography, soundtrack, riding etc. all just sick. And yeah I still love my 26" wheels too!

! That must have taken and awful lot of timing and it worked out perfectly.

Different tastes and all that, I prefer this over most of these recent cinematic but dark themed Semenuk videos. And yes I do still love that unreal segment and I love that raw 100 edit.

hcaz (Jun 27, 2017 at 18:38)
Just when I think Cam McCaul couldn't possibly make a worse video than the car commercial, hes goes out and does something like this..and TOTALLY REDEEMS HIMSELF!

this is how I imagine One day with McCaul

ryanholio (Jun 28, 2017 at 2:44)
cool riding... TOTAL SHIT COLOR GRADING AND EXPOSURE. I hate all these stylized flat looking video/pics. It looks like a cat turd. Just get your black levels correct already.