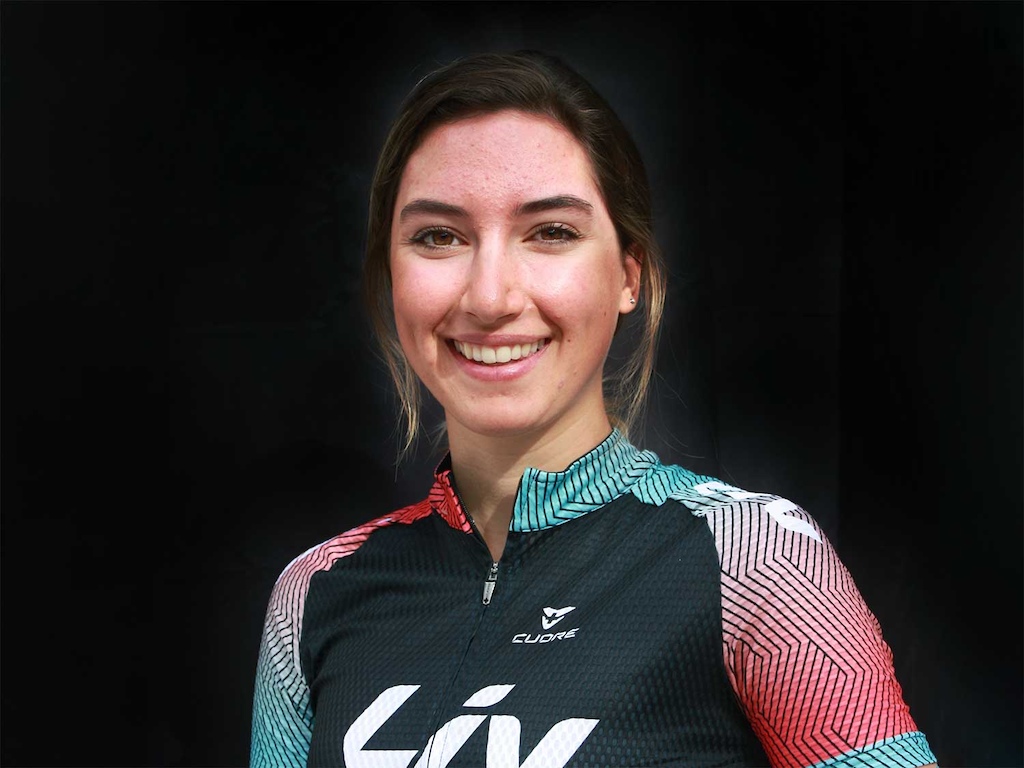 Savilia Blunk is a U23 cross-country mountain bike athlete 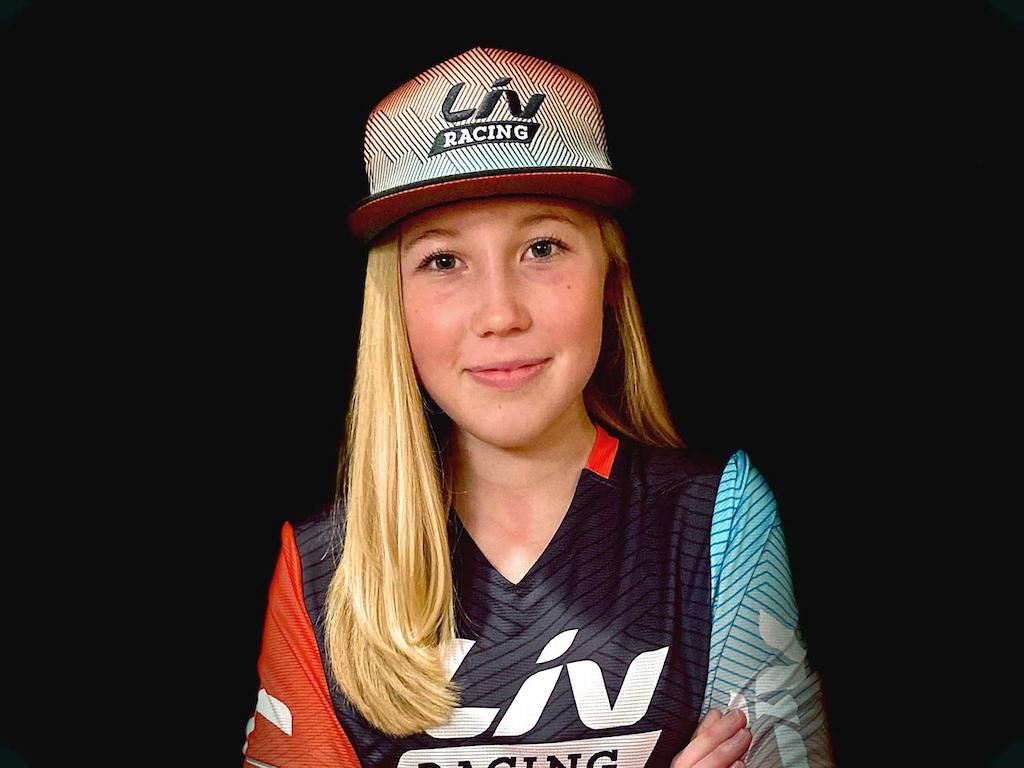 Earlier this month, Liv Cycling announced their partnership with the Queen of Pain, Rebecca Rusch. Now, Liv Cycling has revealed the Liv Racing 2020 roster. The brand welcomes up-and-coming mountain bikers athletes Savilia Blunk and Riley Miller as well as triathlete Lisa Tertsch to the team. The three athletes join the 14 women who comprised Liv Racing 2019, all of whom return for 2020.

Started in 2019, there are now 17 women from seven countries on Liv Racing. This includes four women riding on the only sanctioned all-women team in the Enduro World Series. Liv Racing also has two cross country riders competing in the World Cup this year. 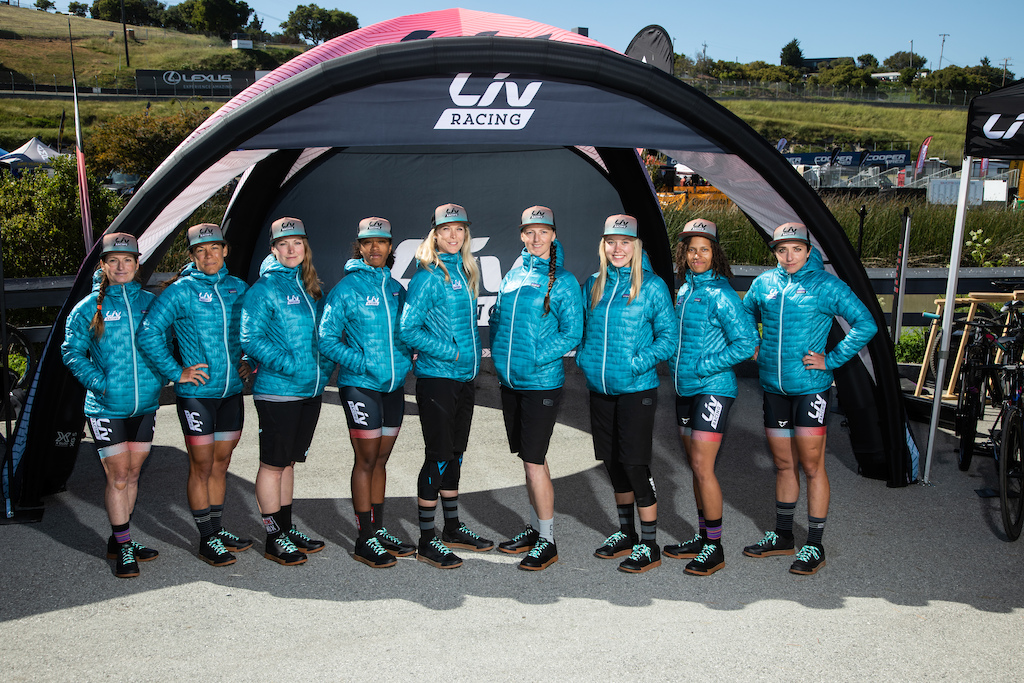 Liv Cycling at their launch event in April 2019 at Sea Otter. 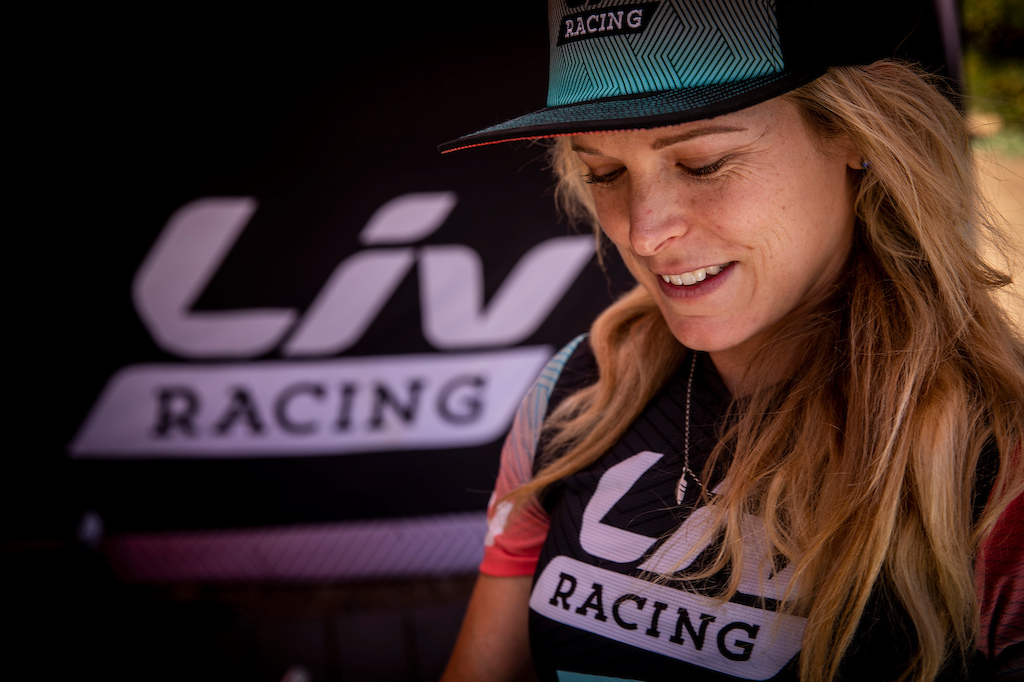 
Liv says that the Liv Racing athletes support the brand as product testers. Most recently, the Pique 29, was tested by Liv athlete Kaysee Armstrong. Liv Cycling has designed and engineered more than 50 models from the ground up for women using their 3F philosophy.

50percentsure (Feb 6, 2020 at 8:59)
Well done Giant/Liv. Full sponsorship of Radka during pregnancy especially makes me feel good about giving $$ to this company. I've bought 3 Giants so far, with corporate moves like this I'll keep at it.

trailsquatch (Feb 6, 2020 at 9:38)
Rad to see a team that has athletes competing in such a wide variety of disciplines. Good luck to all!

ROOTminus1 (Feb 6, 2020 at 10:00)
Seems to be the new model for big teams. Trek have been doing it for a while with their multi-discipline off-season camps, but looks similar to Canyon grouping their teams and riders into the collective. If it works then more big factory teams should start looking at their rosters *ahem* *looking-at-you-SC*

miff (Feb 6, 2020 at 16:54)
@ROOTminus1: I'm actually surprised it hasn't happened sooner given who's in charge of the team. I know they run a tight ship and choose team members carefully but I'm dying to see a girl pilot the v10 onto the podium and ripping with the syndicate

SmashySmashy (Feb 7, 2020 at 2:45)
@jgainey: That is such a nonsense opinion to hold. How long has Kathy been at the helm of the Syndicate? Clearly they don't have a problem with women on the team. The fact there are no suitable female riders is nether their fault nor their responsibility to fix. Also, what is this obsession on PB with obligating The Syndicate to take on a female rider when Juliana is the SC equivalent of what Liv is to Giant. Why aren't you pushing for a female Juliana SRAM DH rider at WCs?

SmashySmashy (Feb 8, 2020 at 2:36)
@jgainey: Where you see segregation, I see expertise and specialisation. It never ceases to astound me how people can have such short memories; 20 years ago someone thought it would be a good idea to create a women's-specific brand to address complaints that women's bikes were simply scaled-down men's models with a girly colour, and female riders deserved better than being an afterthought. SC ponyed up and risked investing in this venture- I don't see how they've done anything wrong. So I have to wonder if your perspective has been clouded by your local, friendly, power-hungry child-dictators over in Evergreen State?
With all that said, I'm going to counter your remark above with an equally disingenuous, vapid and inconsequential one of my own: I'll be buying my first premium bike in several years next year; If SC resist the "pressure" of a few keyboard warriors to add a "token" female rider (Token-ality to be decided by me*) to The Syndicate until then, I will purchase whatever the top-spec Megatower (or equivalent) there is at the time.
*My gender is now Ultimate Arbiter of Token Riders, pronouns: Uart, Uarts

jgainey (Feb 8, 2020 at 11:18)
@SmashySmashy: seats, handlebars, and crank length. color (wheel size dependent frame size, not how the rider identifies).are the basic changes of male or female brand bikes.
I'll even throw in suspension tunes, but that should be based on bike size just as chainstay should.
Interestingly all these things are specific to a rider their size and weight and not how they identify as a human. These are the number one parts that are changed or upgraded on any new bike.
If you really think Juliana became due to a need for female riders you are truly blind to how business works.
I do respect your view, but I can't agree with it.

Lets just agree to be thankful that woman specific frames based on a top tube connected to the BB is a thing of the past. We can leave those to the drunk transients here in Washington. It does make it easier for them to mount their stolen rides after shooting up.

SmashySmashy (Feb 8, 2020 at 11:58)
@jgainey: I'm not sure if you remember, but those changes were being made by major brands to attract and accomodate female riders early on. It gave rise to the term 'shrink it and pink it', and it was deemed to be a condescending practice. If memory serves me right Specialized then commissioned a study and reported that anthropometrically men and women differed sufficiently in their body proportions to require different framesets entirely. Manufacturers can't win either way.

kaihollenberg (Feb 13, 2020 at 22:16)
@SmashySmashy: Yeah, a prime example is the 2016 Yeti Beti in hot "coral" pink. Plus, the Beti name is in cursive. Hard pass. Thankfully, they've now introduced another color in a different model (though I'm still not interested).

Gravity Athlete. Shes a 14 yr old girl, how much can she possibly weigh? I bet i'm loads heavier. Chalking that up as win for me on the gravity front.