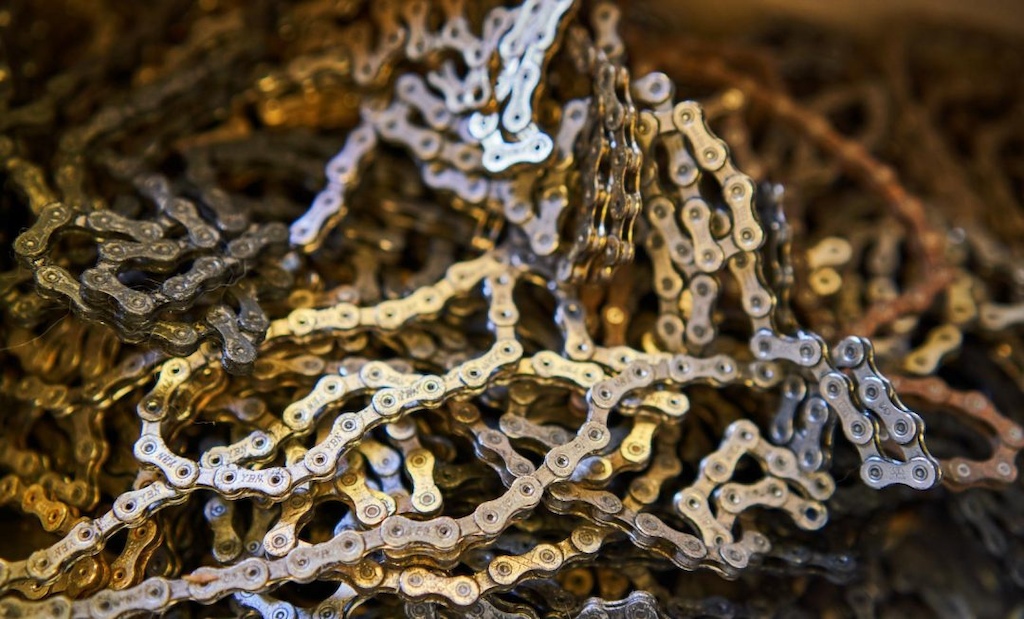 What's going on in the curly bar world? CyclingTips Digest showcases articles from our sister site, CyclingTips. In each installment, you might find endurance coverage, power-to-weight ratios, gravel bike tech and, of course, lycra.


Coming up to its 17th edition, the ABSA Cape Epic is the pinnacle of XC stage racing. Earlier this year CyclingTips Founder Wade Wallace and ex-pro teammate Allan ‘Alby’ Iacuone fell short at the 2019 Cape Epic, but in early 2020 they’ll be having another crack. In our first real test ahead of the Cape Epic, we travelled to its sister event in New Zealand, The Pioneer. Needless to say, we got our asses kicked. But it was necessary with only 88 days to go until the big goal in South Africa...

You can find episode 1 here.


The life and death of a bike pump
By: Iain Treloar

It wasn’t a very good floor pump. It didn’t cost much, didn’t have Bluetooth and didn’t have a digital gauge. It just put air into tubes, over and over again. But when it broke, a decade’s worth of memories came flooding back. 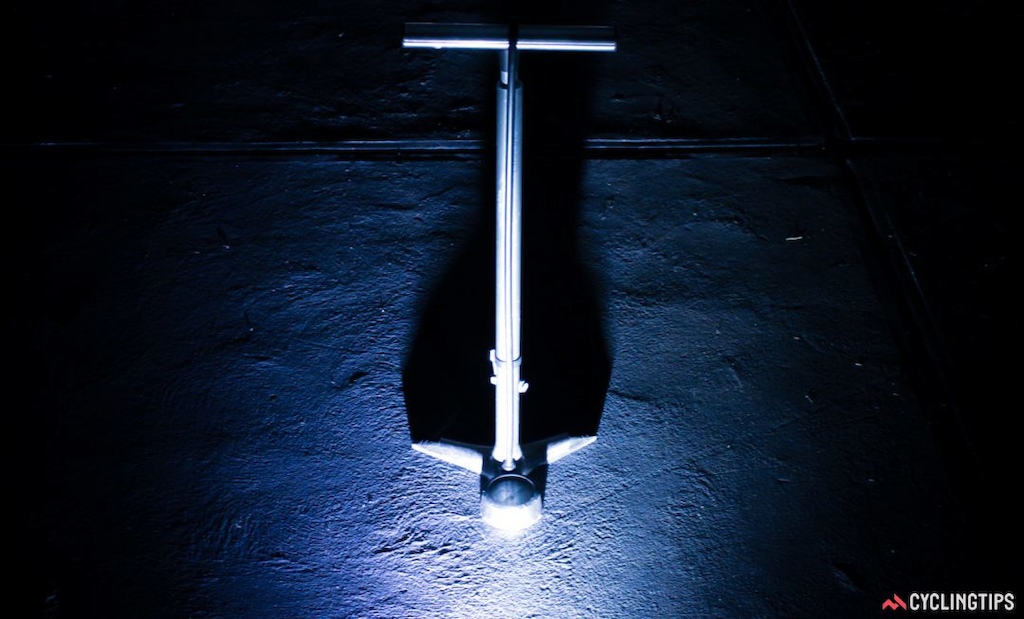 Gone but not forgotten: The Cannondale Slate was a bike before its time
By: Iain Treloar

When the Cannondale Topstone was unveiled in June 2019, the attention of the cycling media and the buying public was squarely on the shiny new thing. Fair enough: it was the latest foray from the venerable US brand into an increasingly crowded gravel market. And in many ways, the Topstone ticked the requisite boxes: carbon frame, generous tyre clearance, multiple accessory mounting points.

In the fanfare of the Topstone’s arrival, another model quietly slipped into retirement: the brand’s previous gravel offering, the Slate – an innovative oddball of a bike that was first released in 2015. 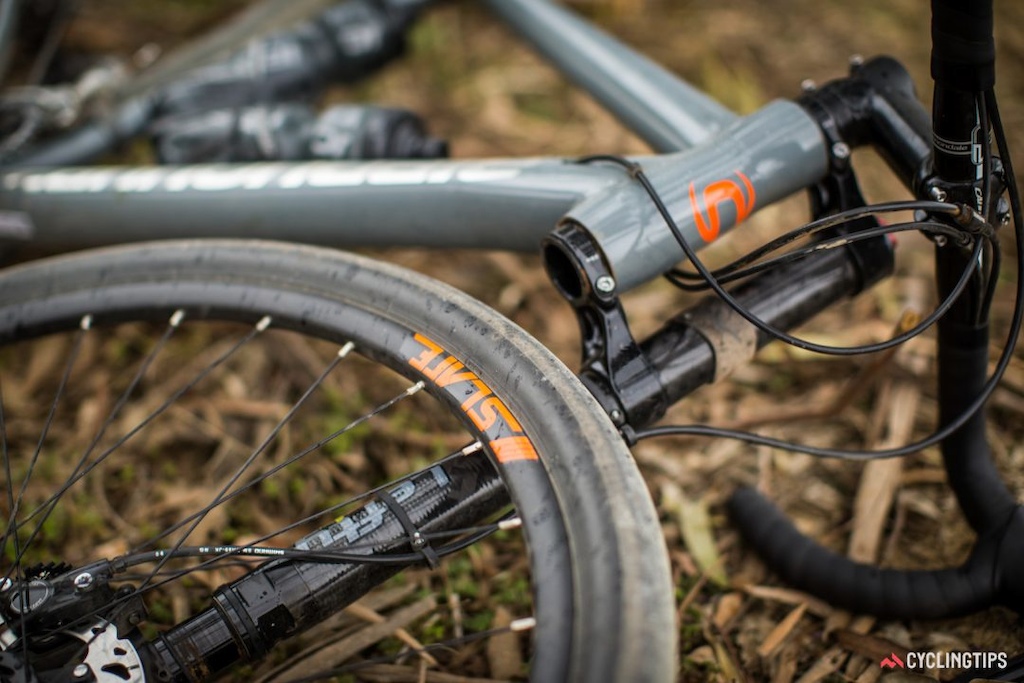 Finding the best bicycle chain: What over 3,000 hours of testing revealed
By: Dave Rome

The bicycle chain. Most won’t give it a second thought when it comes time for a new one, and it’s common to simply replace the worn chain with one that matches the name on the derailleurs. Perhaps a rare few will try something else in the pursuit of improved corrosion resistance, better shifting, lighter weight, or a few dollars saved.

But given the chain is one of the hardest-working components on a bike, why do we stop there? We know the choice of chain lube can have major influence over a chain’s durability and efficiency, but surely chains themselves must vary in how durable and efficient they are?

These are questions often asked without definitive answers, but there is some insight emerging. Adam Kerin of Zero Friction Cycling is doing some impressive work in this space and has spent some 3,000 hours and over AU$15,000 of his own money to find the best chain. With exclusive access to Zero Friction Cycling’s findings, we dive deep into the topic to help find the best bike chain you can buy.

We asked AI to write about cycling – here’s what happened
By: Matt de Neef & Iain Treloar

Artificial intelligence (AI) is coming for our jobs. That might sound like the fearmongering of a nervous luddite, but it’s probably not too far from the truth. Earlier this year Taiwanese-American AI expert Kai Fu Lee suggested that as much as 40% of jobs could be replaced within 15 years. That’s no small percentage.

Here’s what happened when we fed cycling-related sentences to GPT-2. As you can see, the results were … entertaining. 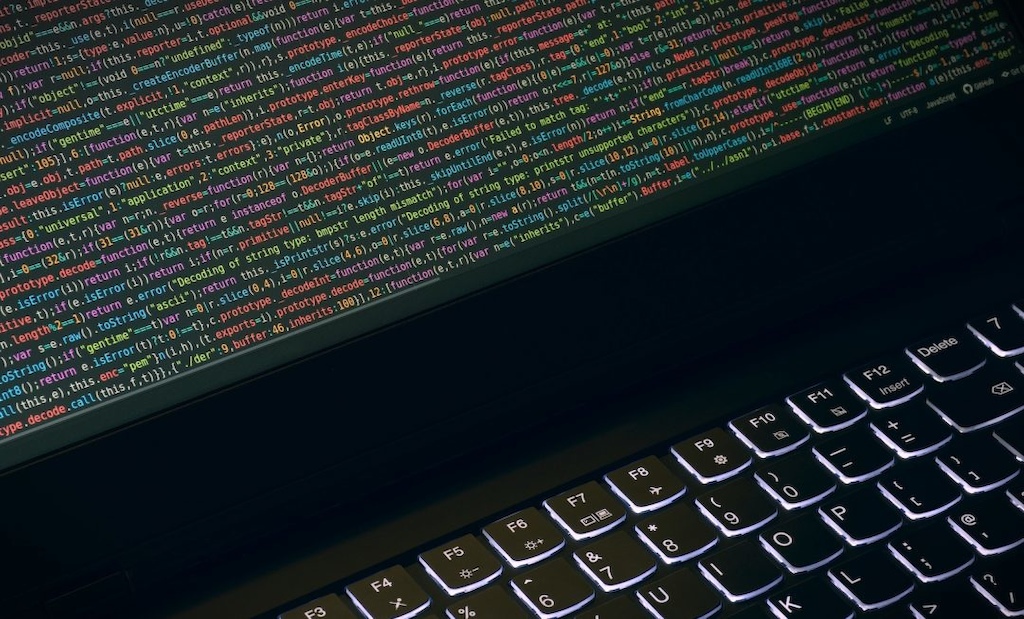 What it’s like to be a psychological scientist working with pro cyclists
By: Matt de Neef

Dr. David Spindler is an Andorra-based psychological scientist who works almost exclusively with professional cyclists. [Roadies] might recognise his name — Rohan Dennis publicly thanked Spindler after winning his second world time trial title back in September, after what was a tumultuous few months for the Aussie pro. In addition to working with individual pro cyclists, Spindler has also been the head of psychology for Dimension Data.

In this first part of a two-part interview series, Spindler talks about what it’s like to work with elite athletes, what makes pro cyclists stand out, and what he enjoys most about his role. Be sure to check out part two in which Spindler talks specifically about how he helped prepare Rohan Dennis for the Yorkshire world championships. 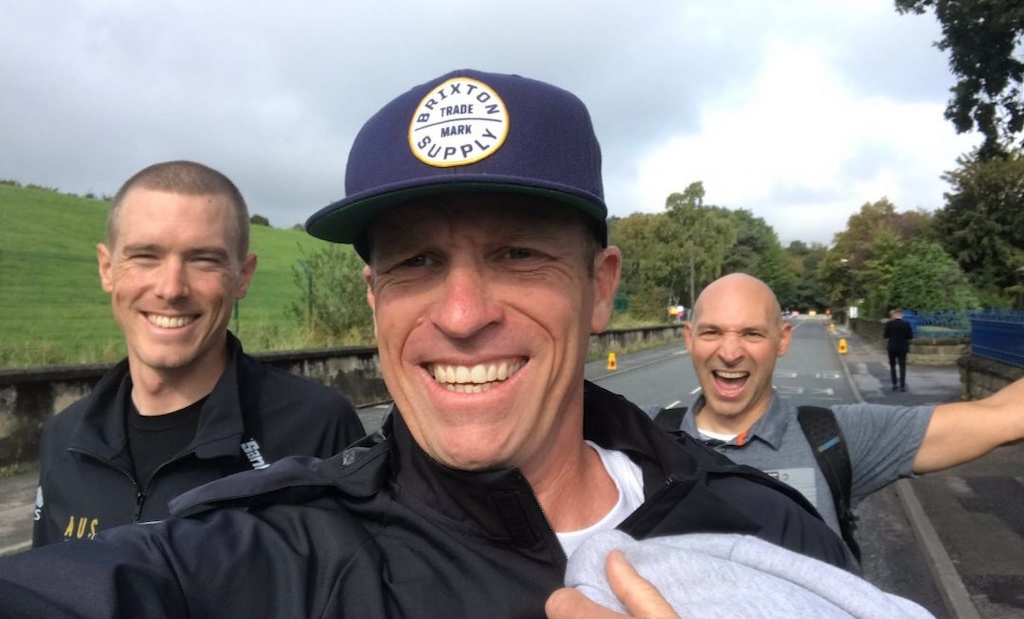 mnorris122 (Dec 27, 2019 at 9:42)
Cyclingtips.com is a website that Pinkbike acquired a little while back. It's not mountain bike focused, they touch on all areas of cycling. I'd highly recommend making it part of your daily browse, they have lots more long-form and opinion pieces than PB, I consider it to be a top tier website.

fullfacemike (Dec 27, 2019 at 10:27)
@mnorris122: You mean they put words where the pictures go? And the few pictures they do include sometimes feature spandex? And they have great articles that will both inform me and help me have more fun and fitness through cycling? No dice.

sarahlukas Mod Plus (Dec 31, 2019 at 11:29)
We wanted to share some universal cycling stories that take place on CyclingTips.com, a site PB acquired earlier this year. The editorial staff contribute on PB, as well, so it’s just a way for us to filter the more relevant stories for readers that do enjoy a more xc/drop bar style of riding.

I built a Libre around the same concept and it's out and out just a better bike than a Slate. The Oliver doesn't really work well when it gets rough enough to warrant having suspension, and the tires limit you to more cyclo style gnar at the most. Salsa's been doing large clearance frames for ages now, well before the Slate, that were also suspension corrected. Carbon too.

DownhillDoozy (Dec 27, 2019 at 12:20)
Has anyone tried the chain submersion (waxing) technique on their chain and used in abrasive soil areas? I'm talking Sand/pumice based soils. What was your experience?

jdorw (Dec 27, 2019 at 15:58)
It's perfect for dry areas. They get all squeaky and annoying if you get them wet. I mostly save the waxed chains for race days and indoor training where I don't want to get grease on the floor.

drummuy04 (Dec 27, 2019 at 23:46)
I have done it a few times. It works really well and gets the old stuff off of the chain but it is a lot more work and not something that you can forget to do the night before.

What drivetrain are you running?

I run 10 speed as it's cheap and cheerful and replace the lot once it starts jumping. I can do a cassette, chain, chaining and jockey wheels for about £90 and generally get a year out of them riding 2-3 times a week (40-50 miles a week).

11 is that middle ground between "cheap and disposable" (10 speed) and "look after it to squeeze every mile out of it" (12 speed).

Out of interest how does chain submerssion work?

The basic process is starting with a new chain, soak it in degrease to remove all the factory Lube. Then soak it in clean alcohol to remove degreaser, then soak it in a (usually Parafin) wax that has been melted in a slow cooker--swish it all around to make sure it gets in all the gaps and then hang it up to cool/allow the excess to drip off.

Will be a bit "stiff" initially until the wax loosens up around the joints, but is suppose to last really well and be resistant to water and dirt ingress...

JonBoo (Dec 27, 2019 at 16:30)
What happened between the Slate article and the Bjorn Bikes article? Is something missing?

Slabrung (Dec 30, 2019 at 2:39)
Looks like AI can do better in other areas:
arstechnica.com/information-technology/2019/02/researchers-scared-by-their-own-work-hold-back-deepfakes-for-text-ai

beanandcheeseburrito (Dec 27, 2019 at 10:54)
My head hurts after scrolling through this...estoy confuso.

fullfacemike (Dec 27, 2019 at 10:23)
Using this thread so far as a sample... you're speaking for 25% since I'm into CyclingTips too. You'd be shocked to know how many Pinkbike readers also ride/read about road bikes.