John Hall is Aaron Gwin’s mechanic and the lead mechanic for Intense Factory Racing. His professional and personal life is all about mountain bikes. He rides them, he works on them, so no wonder John Hall likes talking about them.

Working at the highest level is something special. DH World Cup Racing is a pressure cooker of a crucible in which riders, teams, and mechanics live and die by the weekend’s results. Their livelihoods depend on it.

During a race weekend and in-between races' many things happen that are only experienced by these athletes, managers, and mechanics. Outside the Toolbox is a series of stories about these things, told by John Hall and his friends. It shows a different side of racing, athletes, work and the person behind all this F1 like pressure.

As a former Marine, John brings a work ethic and perspective that few on the circuit have mastered. He carries himself with unmatched professionalism. He’s a constant tinkerer and a consummate pro, and of course, he’s cool as a cucumber under pressure.

Nothing comes between Aaron’s bike and John Hall. John’s quest for race-bike perfection paired with his hardworking ranch-bred, get ‘er done attitude and constant late-night garage tinkering is the professional side of John – Outside the Toolbox adds fun and personal side to it.

To bring you behind the scenes, TRP has worked with Hall to create a video series that gives a deeper insight into his practices, opinions—not to mention his honest love of bikes—and the work he does.

In the first series of four stories, we’ll see John sit down by the ‘Fireside’ to chat with Neko Mulally. We’ll see him razz his peers on the world cup circuit in ‘Mechanics’, ‘Talk Shop’ from his Intense Factory Service Course, and he’ll do his best to describe what speed sounds like in ‘What’s That Sound’.

New videos will launch each month, until it is time to go downhill racing again, enjoy and have a great off-season. 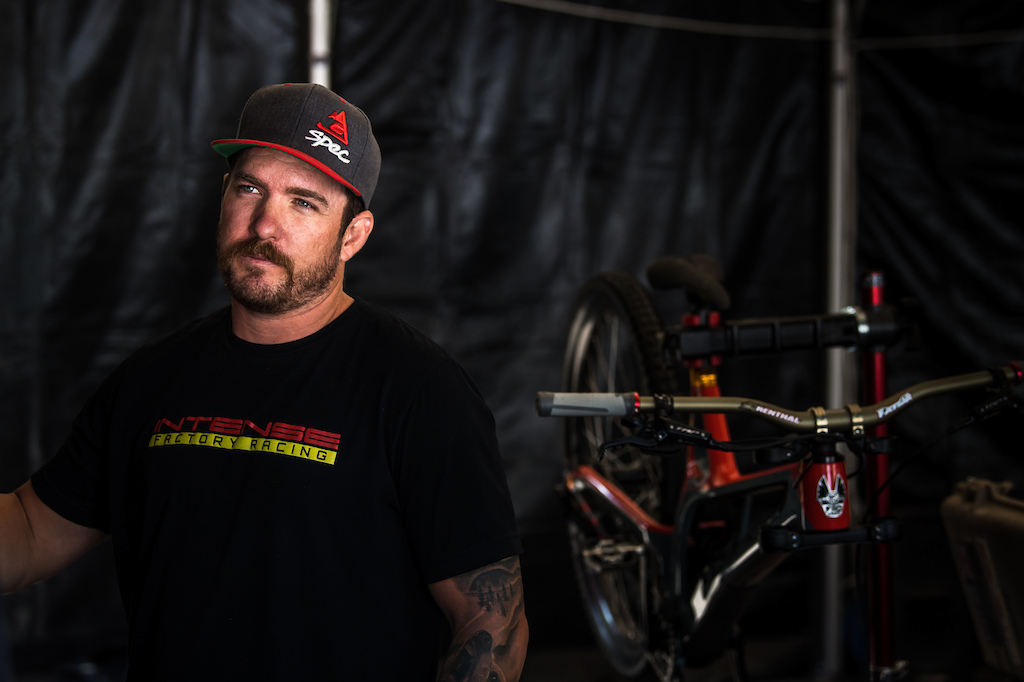 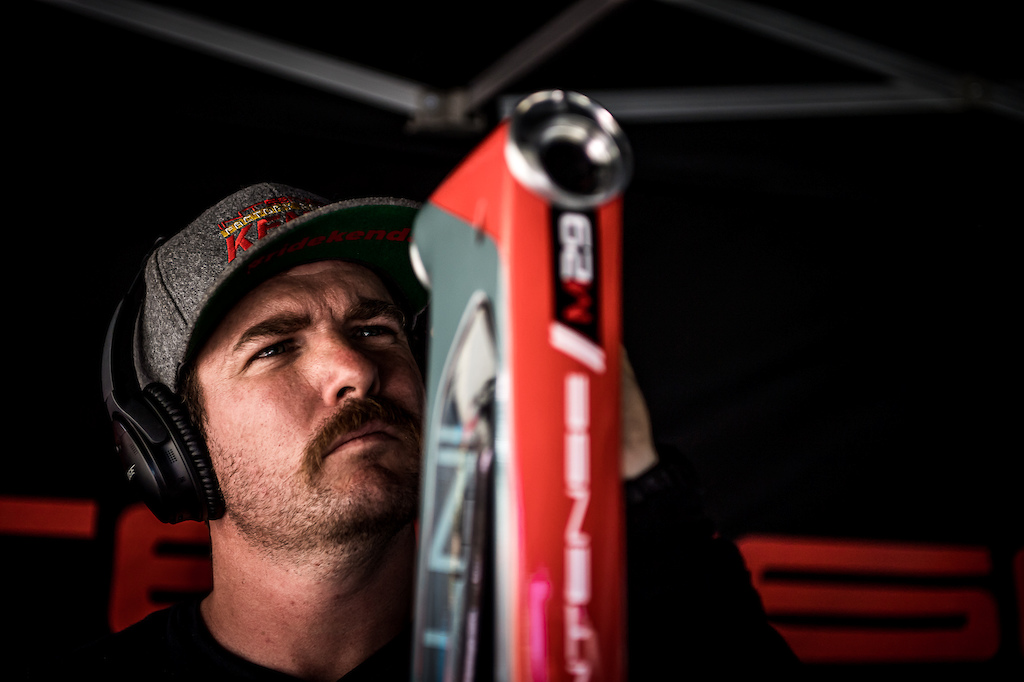 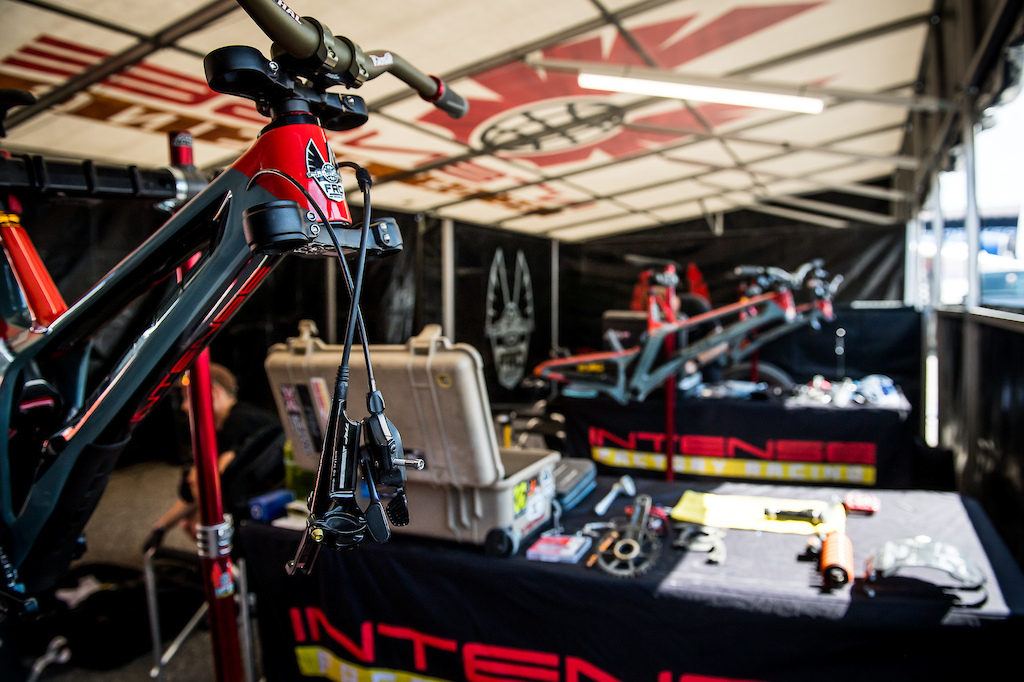 Bmontgomery87 (Dec 27, 2019 at 15:15)
e-13 makes crap but they'll at least stand behind their products when they break, and replace them. TRP on the other hand just blames the rider and offers to sell them another.

iiman (Dec 27, 2019 at 4:25)
maybe I'm a bit cynical here, but taking the hit in order to avoid bigger damage to your sponsor/employer could be considered as work ethic, yes.
(the whole thing smelled, tho)

EnduroManiac (Dec 27, 2019 at 12:57)
@vhdh666: Nota Bene: I actually don’t blame him for this and shouldn’t have use the word lying as it appears I am blaming him. Feel in fact sorry for him, yes I shouldn’t have brought that stop back in the first place. Sorry man.

Meettaco (Dec 27, 2019 at 9:42)
The oil your shop uses is crap.... Walmart, Costco and Amazon have great prices on oil. Yes I have been changing oil since I was 13. Go full synthetic and don't look back. You can go 5k-10k no issues between changes. I will say though that some of these new sedans are horrible at getting to the oil drain. Almost like they force you to bring it in.... Also - those quick lube places are pretty bad. They overfill all the time or underfill. Just my 2 cents....

My sled too... stupid Ski-doo 900ace 4strokes require removal of 5 panels, muffler and exhaust pipe to access the oil filter. 3 torx wrenches, a socket and a spring puller also required. To do a basic service. Stupid.

hamncheez (Dec 27, 2019 at 10:40)
@Meettaco: its a tire place and we all know each other by name. They do a great job. And I just checked- the cheapest on amazon for 5W-30 6 quarts is about the same as the price of them doing it for me, so I don't have to spend 30 min of my day plus buy a filter plus figure out how to dispose of the oil.

Rucker10 (Dec 27, 2019 at 13:12)
You could do it yourself so you can choose good oil and a good filter, and also know for sure that your filter isn’t double gasketed, and that the oil pan bolt isn’t cross threaded when they put it back.

krisrayner (Dec 27, 2019 at 13:22)
Most shops do oil changes as lost leaders—they do not make money doing oil changes. The hope is to make it up by selling any needed additional service or repair work. The oil and filter should be questioned less than the quality of the worker doing it. Minimum wage worker or 20-30 years experienced tech?

Meettaco (Dec 28, 2019 at 10:37)
@shami: Glad you have had a great experience. Everyone is different. I don't mind taking 20 minutes to do my own oil changes. I can do oil and a brand new filter (good one, with hi quality oil for about 45 bucks). It does suck to dispose of the oil, but there are a bunch of places close that take it. Most local auto parts stores do.