Patrick9-32 sarahmoore's article
Jul 27, 2021 at 5:13
3 days
Amaury Pierron & Commencal 21 Team Manager Apologize for Instagram Stories
@PACNW-MTB: "Feelings....whoa, whoa, whoa, feelings...." "...I am offended if someone calls me a poo poo head?" Which is it? People's feelings don't matter and people should say whatever they like and its those who get upset's responsibility to deal with it or you are so fragile that playground insults send you into a spiral of despair and we should all be on eggshells around you? Or, as is my point here, that the real situation is somewhere in between and there are some things which are generally known to be offensive and some things that are only offensive to some people in some situations and some things it is unreasonable to be offended by? There is a big difference between different words based on their historical context. If you actually are genuinely offended by the term doo doo head because of some past childhood trauma then I am sad for you but I don't think that's the case here and it is not reasonable to expect strangers on the internet to know about it if it is. However it is reasonable, given the well documented history, to expect people to know that the N word is going to cause offense especially among a sample size of 138,000. You have whipped yourself up into such a frenzy over some comments on a mountain bike website you aren't even consistent with your dumb points of view. To use your own words "aannnddd.....TRIGGERED!".

Patrick9-32 sarahmoore's article
Jul 27, 2021 at 2:29
3 days
Amaury Pierron & Commencal 21 Team Manager Apologize for Instagram Stories
@PACNW-MTB: Sorry that replying to people on pinkbike isn't my whole life.... You aggressively attesting that people who have repeatedly and concertedly told you throughout the past 50 years that white people using the N word is unacceptable should just get over it, that they should just accept that its human nature and the way of the world and that "sticks and stones may break their bones but words will never hurt them" is a racist attitude. You are discounting the lived experiences of the people who are telling you that they are not ok with people like Amoury using those words because you don't share their experiences, you are saying that because you think it isn't a problem that nobody else should think it is a problem. As Total Amateur says, we don't get to decide what is offensive to others, we also don't get to decide what is not offensive. Black people have been telling white people for many decades that us saying the N word is offensive, how hard is it to listen to them?

Patrick9-32 sarahmoore's article
Jul 26, 2021 at 9:38
Jul 26, 2021
Amaury Pierron & Commencal 21 Team Manager Apologize for Instagram Stories
@PACNW-MTB: The idea that children's playground insults could possibly be equated with hundreds of years of violence and oppression is so stupid that if I wasn't used to people like you believing the absolute stupidest things you can find as if it is a game of some kind to find the most ridiculous position possible and stand behind it I would assume you were joking. I do seem to have triggered you though. Did I invade your safe space in the pinkbike comments where you thought you could say overtly racist things without being called out on it? What's the matter snowflake? Does thinking black people should not be oppressed not fit your world view? (or should I say your flat earth view)

Patrick9-32 sarahmoore's article
Jul 23, 2021 at 7:48
Jul 23, 2021
Amaury Pierron & Commencal 21 Team Manager Apologize for Instagram Stories
@vemegen: I think it is reasonable to assume anyone who speaks English well enough to frequent a solely English speaking website and get involved in the comments understands that the N word is racist and you don't say it, even if they don't understand the full context behind that. Are you going to pretend you thought it was ok to use that word until you read these comments?

Patrick9-32 sarahmoore's article
Jul 23, 2021 at 6:38
Jul 23, 2021
Amaury Pierron & Commencal 21 Team Manager Apologize for Instagram Stories
The song was not the issue. Those focussing on the song used are deliberately ignoring everything else about the post and shifting the discussion onto the use of language by others instead of the use of language by those in this story. Its subtle but it is deliberate and it is harmful. The song itself is a fun joke by the original artist and using it in an instagram story as background music to some riding footage or similar would be a bit weird and jarring but would not have caused this reaction.

Patrick9-32 sarahmoore's article
Jul 23, 2021 at 2:05
Jul 23, 2021
Amaury Pierron & Commencal 21 Team Manager Apologize for Instagram Stories
@marge88: If it is hard to understand why it is ok for some people to say that word and not others the solution is to look into it and understand it. The solution is not to post it to your 138k followers on instagram.

Patrick9-32 sarahmoore's article
Jul 23, 2021 at 2:03
Jul 23, 2021
Amaury Pierron & Commencal 21 Team Manager Apologize for Instagram Stories
"Sticks and stones..." applies to someone calling you a doo doo head. Not to someone using language which was created to dehumanise and oppress a whole race of people over hundreds of years to make a joke. There is no way if he had stopped and thought about it that he wouldn't have realised that this was not ok. Nobody has mentioned sticks and stones in this context because it is not an appropriate argument.

Patrick9-32 alicialeggett's article
Jul 22, 2021 at 2:09
Jul 22, 2021
Update: Queenstown Dirt Jumps Saved from Demolition
@wilsonians: He has more money right now than most people will make in 1000 lifetimes. He might be using some of it right now to do good things but you don't get into that position by being a good person.

Patrick9-32 jamessmurthwaite's article
Jul 14, 2021 at 5:15
Jul 14, 2021
Baptiste Pierron Fractures 4 Vertebrae in Race Run Crash
I have been riding for more than 20 years and have not yet managed to break a bone. The reason for this is the same reason I still kinda suck at riding bikes. I don't push beyond what I am capable of very often. The pro field is getting more competitive every year and so what is required to be win is getting further beyond what is possible to do consistently. Speeds are getting higher and crashes are getting more frequent.

Patrick9-32 seb-stott's article
Jul 1, 2021 at 4:01
Jul 1, 2021
Engineering Students Build Tool-Free Adjustable Head Angle Headset
There is an old piece of advice I heard a lot during my degree, if you have a great idea when you are here don't do anything with it until at least 2 years after you leave or it belongs to the university. I got around this issue by not having any good ideas... very smart.
Load more... 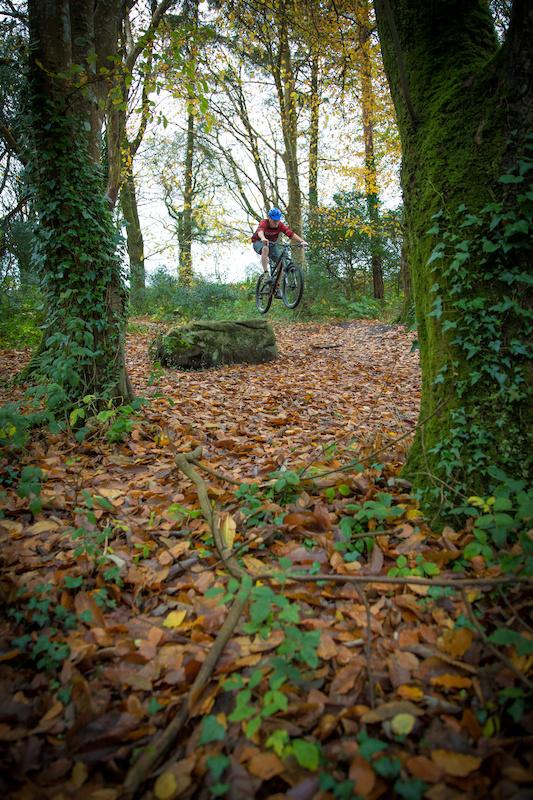 Video: Michel Plonka and Matt Macduff at Dew Underground
15 Jul 2015
You must login to Pinkbike.
Don't have an account? Sign up