Have you ever thought of heading to Greenland for a bikepacking trip? Neither had I until a friend told me of an obscure point to point hiking trail beginning at the Greenland icecap and finishing at the coastal town of Sisimiut roughly 200km to the west, that he had just finished. I asked if he thought the trail was ridable on a mountain bike, but he just shrugged his shoulders and continued to tell me about the amazing camping, endless tundra, and the legendary bugs. The seed had been firmly planted and the challenge was set.

I work as a photographer and polar guide and in 2017, I had a contract to sail through Canada’s Northwest Passage working as a polar bear guide and naturalist interpreter, which conveniently finish in the town of Kangerlussuaq in Greenland - the starting point for the Arctic Circle Trail. Unfortunately, I wasn’t able to talk anyone into flying to Greenland to meet up and ride the route with me, so I decided to tackle the route alone.

By September, autumn has a firm grasp on the Arctic with daylight hours reduced by 20 minutes per day and snowstorms more frequent than rain. Despite bright sunshine when I landed in Greenland early in the month, the weather forecast was not promising. A large hurricane was grinding its way across the Atlantic and tracking directly towards my location in central Greenland. The storm was projected to make landfall in 5 days time. Could I finish the route before the storm hit? Would I be able to find shelter? If not, would my ultra-light one person tent be able to withstand the 100+ km/hr wind? Was the trail even ridable at all?

These and many other questions swirled in my head creating knots in my stomach and filling my chest with anxiety as I took the first pedal strokes towards the Greenland icecap and the beginning of the route. 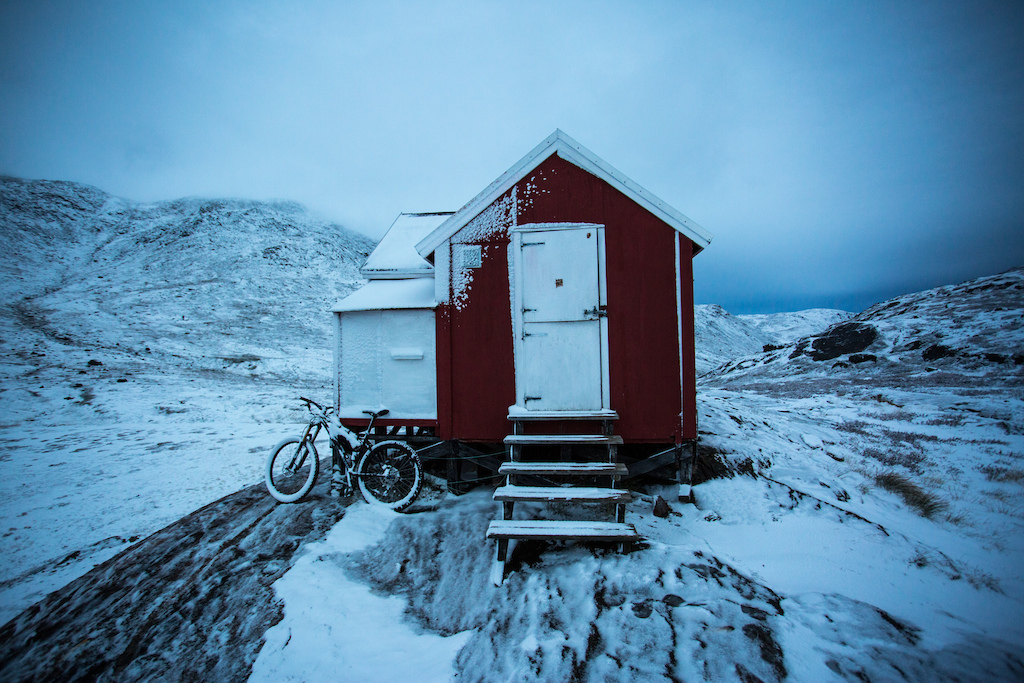 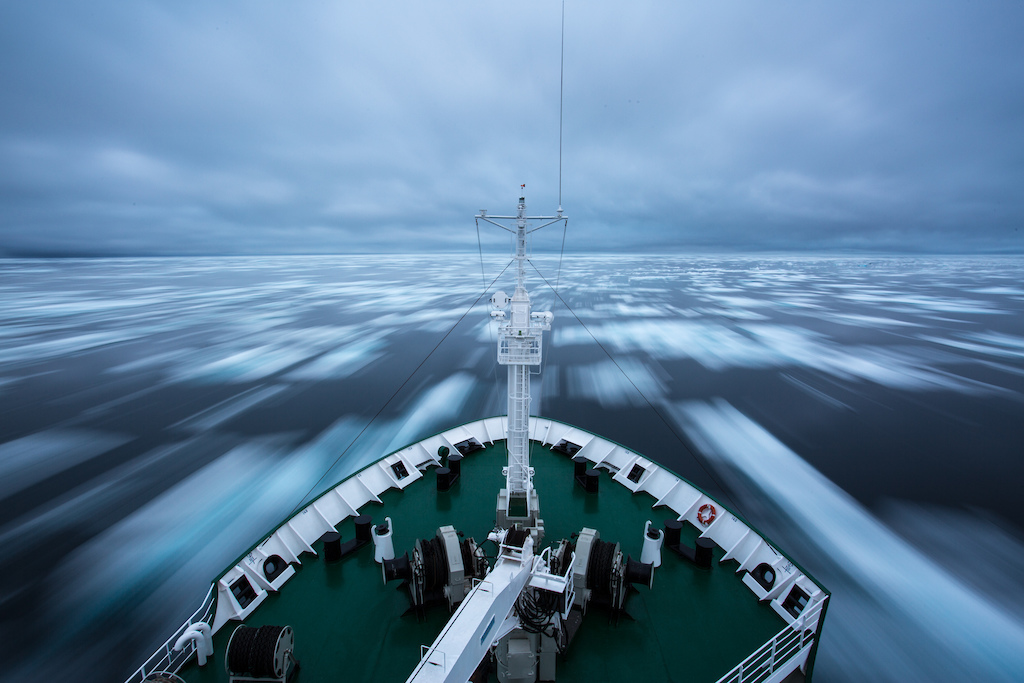 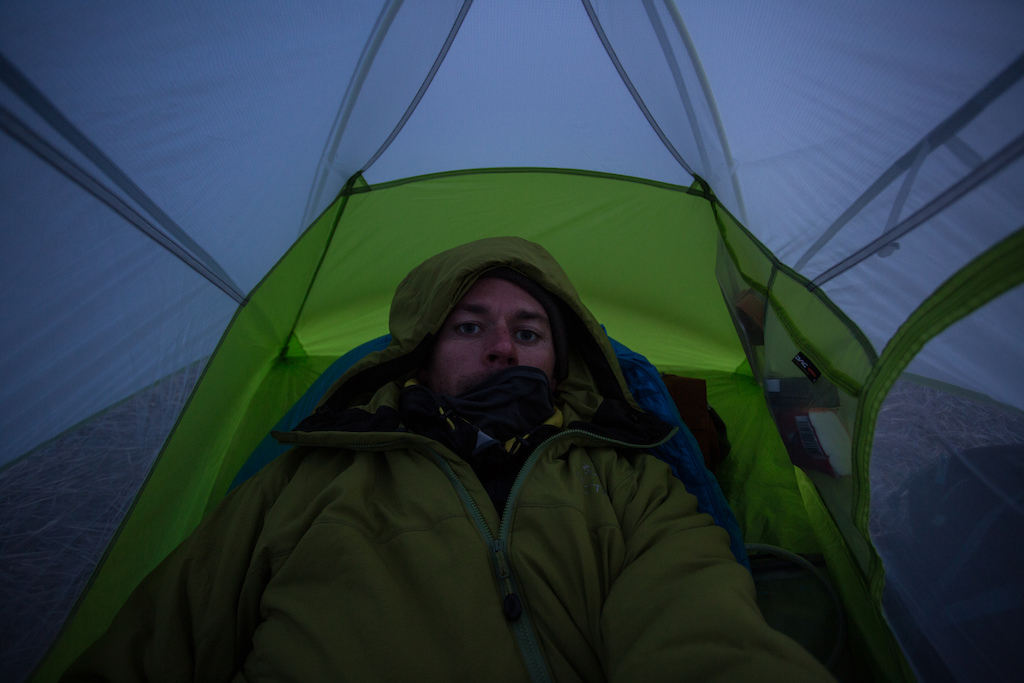 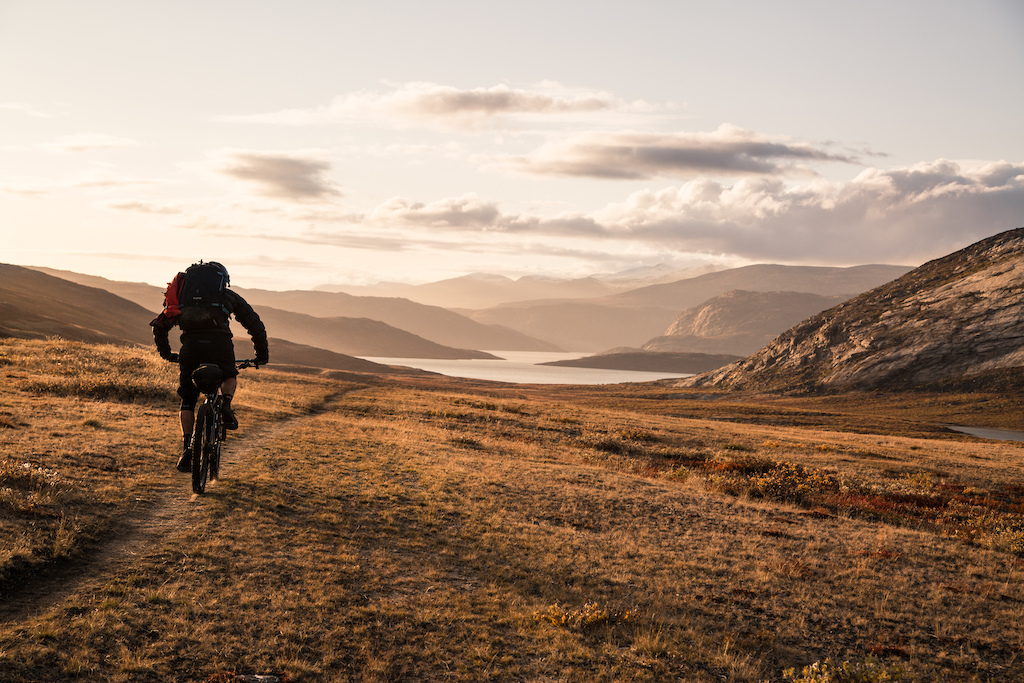 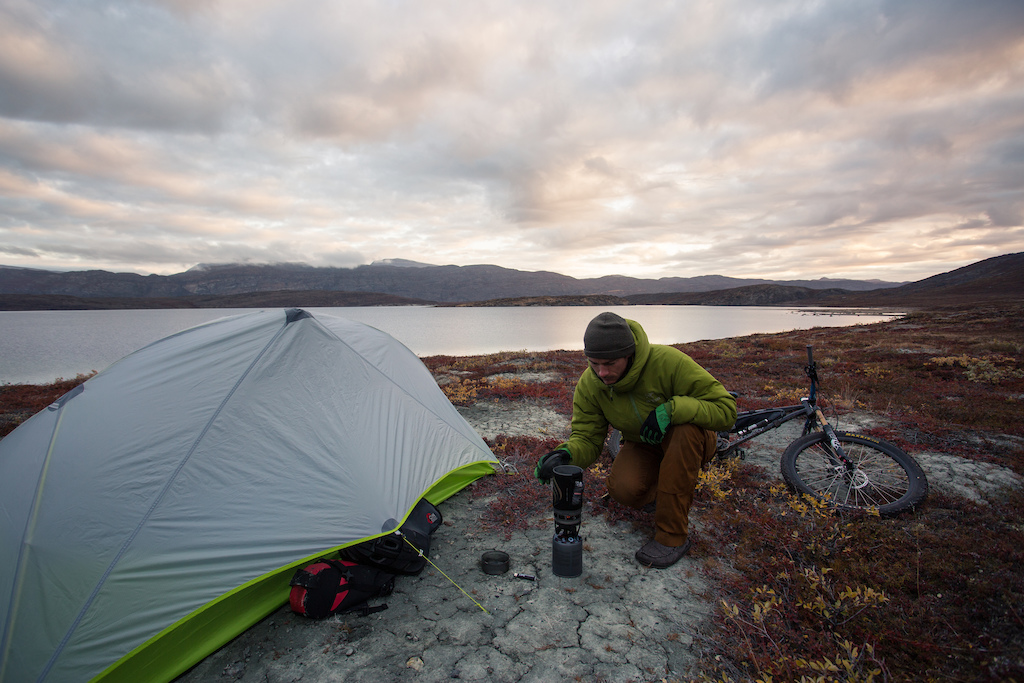 Cold but beautiful night on the Greenland tundra 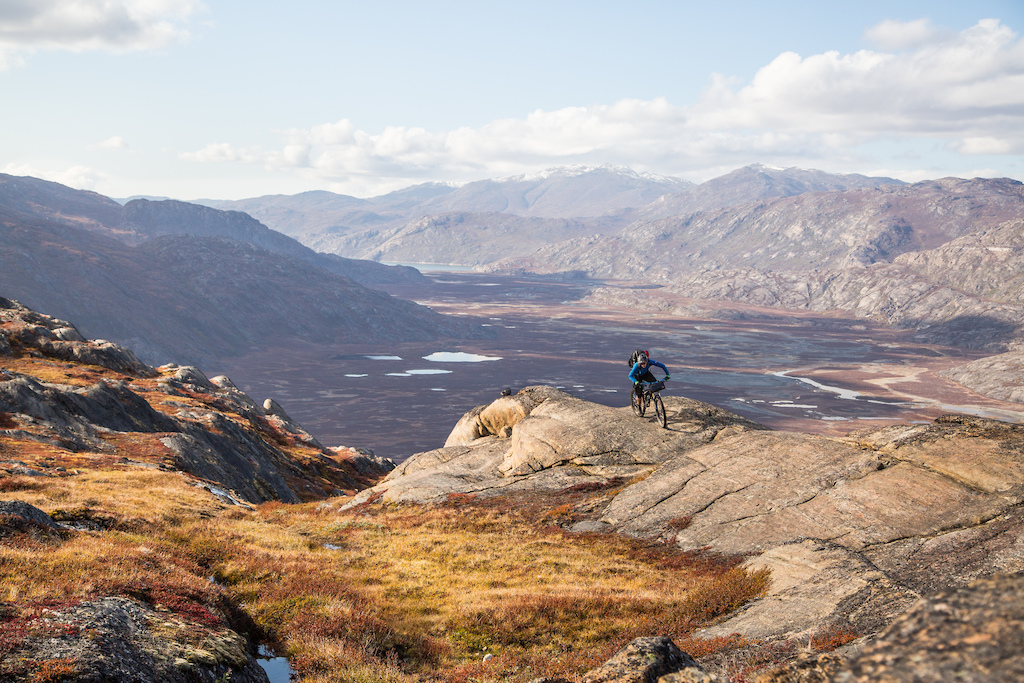 Start of one of the best descents on the route 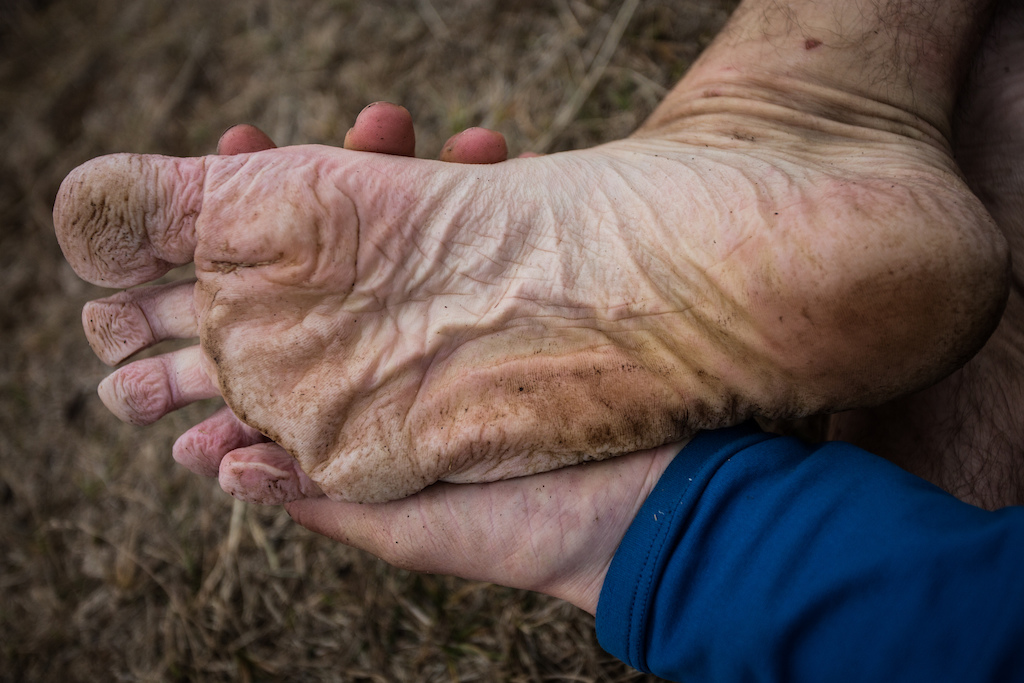 Trench foot at its finest 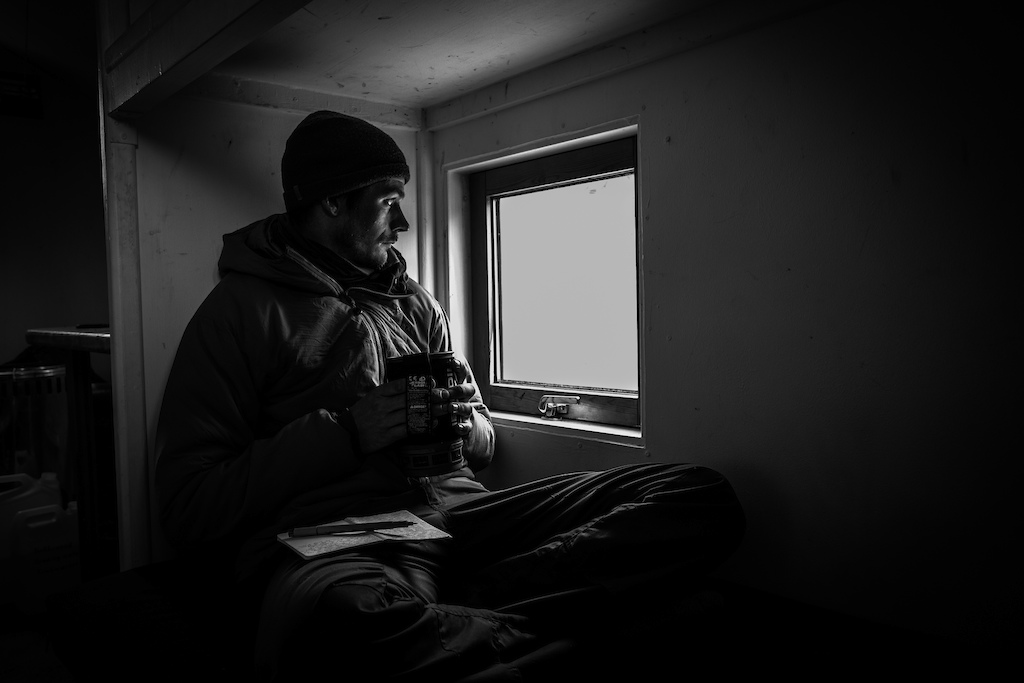 Waiting out the storm 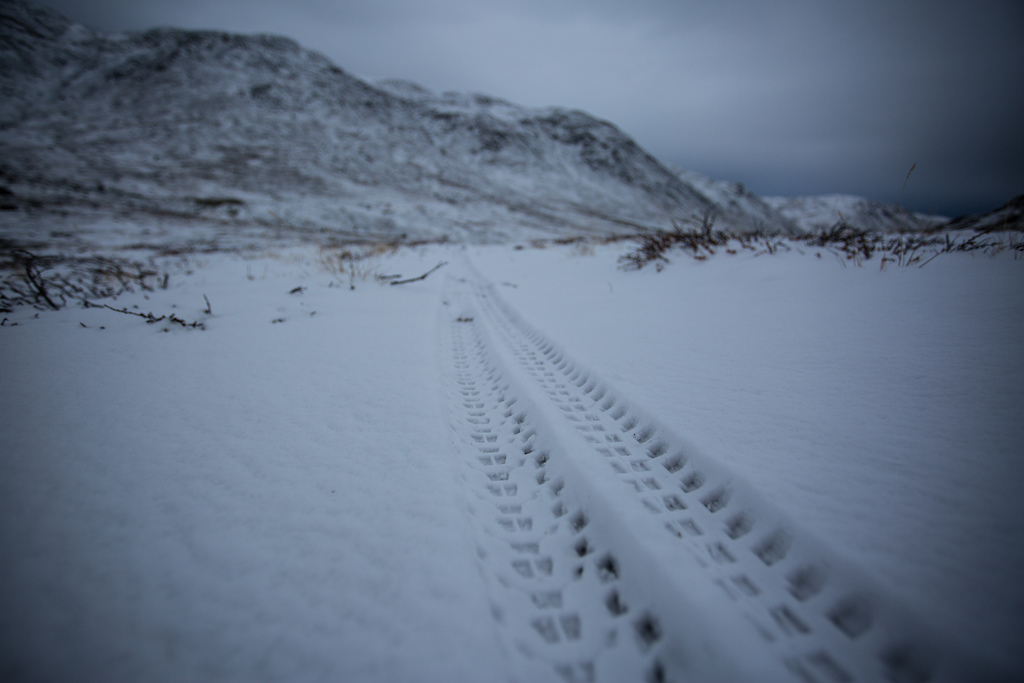 Tracks on the tundra 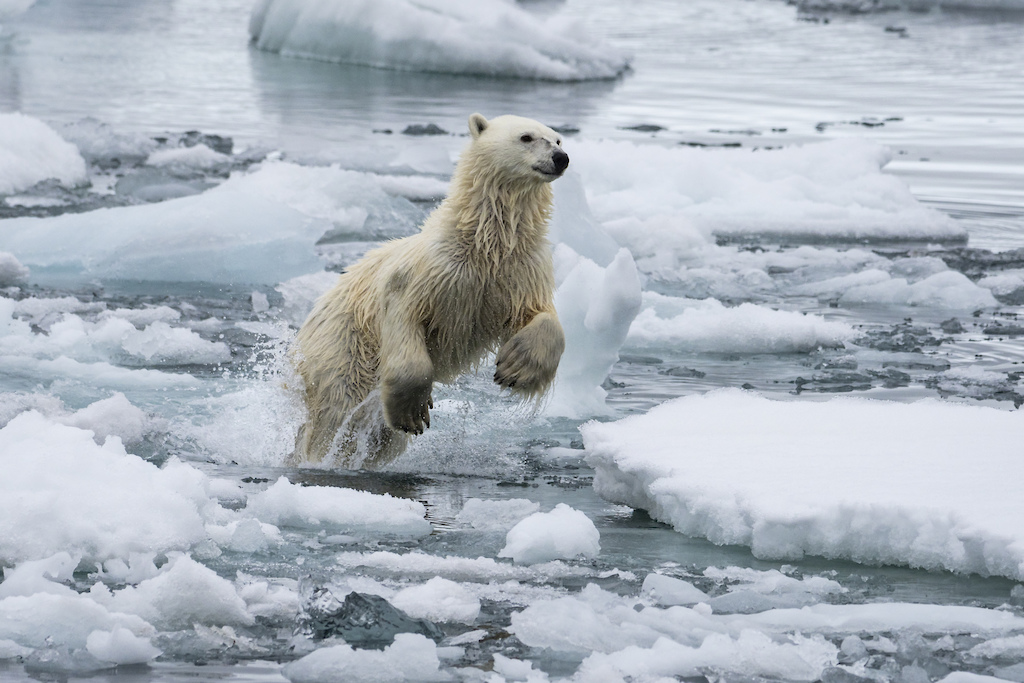 Polar Bear in the Canadian Arctic 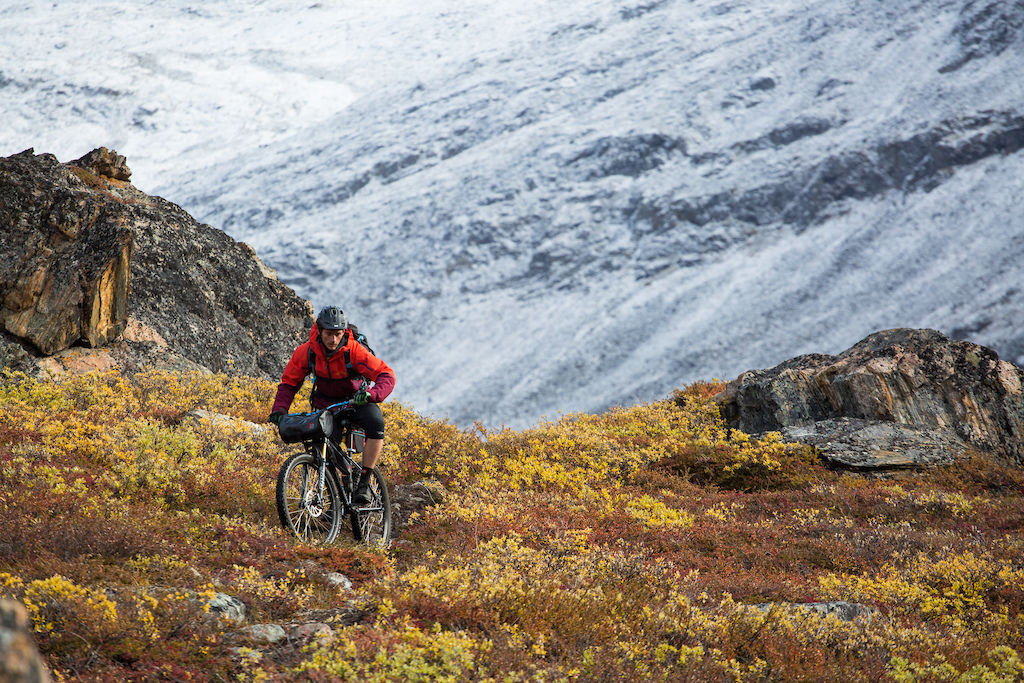 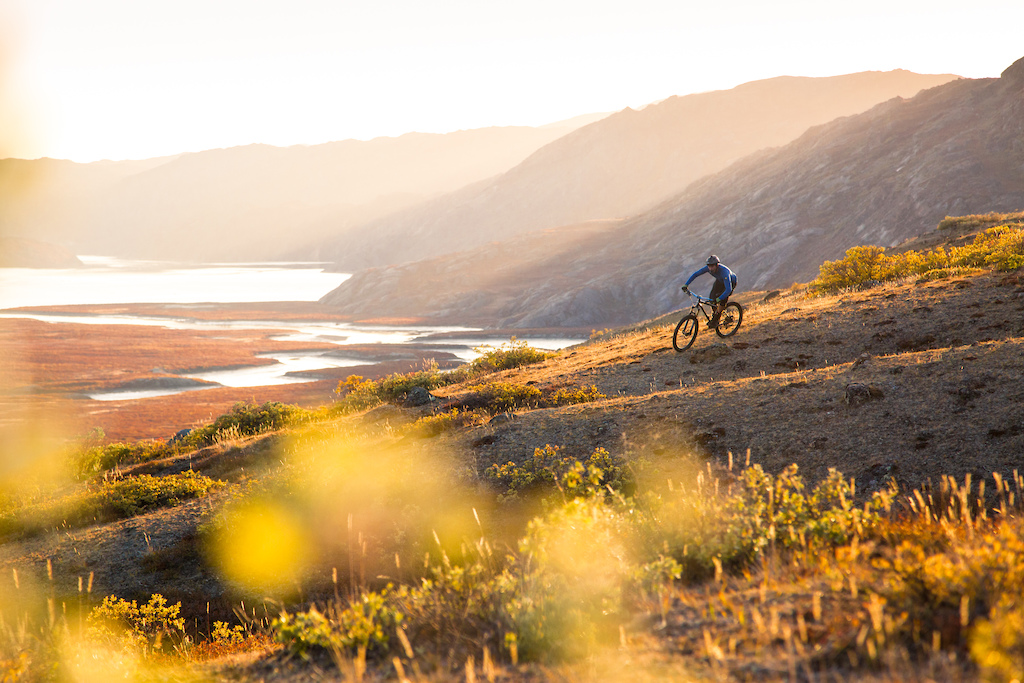 That low Arctic light has a quality like nowhere else on earth. One of the sublime moments on the Arctic Circle Trail in Greenland.

Chill75 (Jun 12, 2020 at 9:54)
Thanks for sharing your Arctic adventure. I really enjoyed the short film with all of the great wilderness scenery and positive outlook you kept given the sometimes challenging terrain to travel on and weather that was faced. Cheers.

fujisan (Jun 12, 2020 at 19:24)
Wow! awesome and amazing. Read this trio report in Mountain Life Annual magazine last Fall and thought it was the best of the whole edition. It really took me somewhere else. Overlaying the metamorphosis into animals was neat and the photos were superb. I looked at them and imagined the cold, the wind, and the warmth of food and stove at the shelter after a long day out. I re read the story a few time over winter imagining how tough this trip might have been and how vast the scenery and landscape must have been. Really glad that you shared the film, I got to experience this trip vicariously a little more for a few minutes on a June evening. Hope you are submitting it to the Banff film festival. Looking forward to the next trip report! ????

coldsalt (Jun 15, 2020 at 17:48)
That's cool that you read the article in the ML Annual first and stoked you liked the film! I would have liked to add in a bit more Inuit mythology but unfortunately there's only so much time.

Dimdumb (Jun 12, 2020 at 10:13)
?.For some reason this makes me want to go ona gruelling trip somewhere across something. Lockdown getting to me.

xileffelix (Jun 13, 2020 at 4:06)
This looks brutal and unforgiving, but beautifully inspiring at the same time. And good to see that you didn‘t just fly in there, but approached at a reasonable pace by ship. Thanks for sharing your experience!

coldsalt (Jun 15, 2020 at 17:49)
Thanks! I thought it would be a better mindset to take the long way to Greenland and get a really good feel for the Arctic before heading off solo.

cliffdog (Jun 14, 2020 at 6:48)
Greenland is one of those places where you want people to experience it as it’s so incredible, however the reason it’s so breath taking is because it’s not a popular destination for many people. I have sailed an old sailing yacht from Iceland to Greenland, explores hundreds of miles of Greenlandic fjords, it’s was amazing!
I’d assume this guy had a rifle to use for polar bear protection! We felt exposed enough in our wooden boat, let alone under a piece of canvas!
Epic looking trip!

coldsalt (Jun 15, 2020 at 17:53)
Sounds like you've had a great experience in Greenland already! In central western Greenland there isn't too much danger of polar bears so I didn't bring a rifle or anything as protection. That being said, there was a bear spotted in the area a few days before I started off.

cliffdog (Jun 15, 2020 at 23:47)
@coldsalt: interesting. We also didn’t have a rifle. We felt very exposed when out walking / exploring. We came across two polar bears, both of which didn’t seem very interested in us!
Really cool that you found a trail to ride, over on the East coast the mountains led straight to the icecap and there was next to nothing in terms of settlements, let alone any tracks to walk / ride. Did it look like there were more trails to find on the western coastline?

thekc (Jun 16, 2020 at 5:22)
I can't wait winter to ride high desert area near Los Angeles. They are just rocks and bushes and absolutely not habitable. Somehow I see beauty in brutal mountains which should be threat to my life. I wonder where this feeling is coming from but I think many people share what I mean. Thank you for posting great story.

raw-epics (Jun 12, 2020 at 10:36)
amazing trip and documentation! You inspire me to do something similar in the not too distant future!

pixelguru (Jun 12, 2020 at 16:08)
Absolutely amazing. Yes, I have thought about bikepacking across Greenland. I doubt I'll get the chance, but I'm very grateful to get a taste of the experience.

justwan-naride (Jun 13, 2020 at 4:20)
What a cool film and journey! Much respect for the mental toughness. Perhaps I could survive the physical challenge of something like this, but I fear my mind would betray me. Thanks for sharing the views and the feelings.

ivansalaric (Jun 13, 2020 at 11:28)
Spectacular! Videos like this one reminds you to appreciate important things in life and care less about the less important ones. Thank you!

klopp (Jul 31, 2020 at 16:57)
This video was great. Definitely inspirational, not just for mountain biking, but for any adventuring.Thanks for sharing with us.

ReubenKrabbe (Jun 12, 2020 at 18:13)
nice one budday! makes me want to hunt for some of my own questionable objectives

coldsalt (Jun 15, 2020 at 18:01)
Thanks Reuben! Questionable objectives are the best as you know from your incredible photo missions!