They see me rollin'

guidoflys brule's article
Dec 16, 2009 at 18:06
Dec 16, 2009
Brandon Semenuk, Red Bull and SGC Kids
Nah, man. I was there too (Last pic). Everyone was there who you would have expected to be there, except for McCaul (I think he broke his collarbone or something). Even though the pros stuck to some of the higher-level biking groups, I think you underestimate the general awesomeness of everybody at that camp. Every single coach there was having fun and bringing the kids in on it (Shout out to Steve-O!!!). The kids who were there aren't spoiled like you would think, and everyone just had a chill time. It's really worth the 2.8k when you consider what goes towards lift tickets, rentals, and lodging, not to mention that your overall skill level skyrockets with the training they give you. [for Cmontjumper] Were you week two?

CHEA!! Nice to see Groves and Mendel in the spotlight again.

I'm honestly disgusted with the children who are bitching about the biking/other ratio. One of the reasons that this is VOD is that mountain biking was included successfully in a hugely popular community event. Half of mtb is about enjoying yourself and having fun. This video is saying that "Hey look, this happened, a lot of people had fun, and mountain biking was part of that fun." It's not all flashy tricks and skill. VOD's are meant to inspire, and this one did.

Killer vod man! I feel sad that I'm not out there right now... Just some constructive criticism though: when you're doing your narrative, try and put some purpose into your words. You really gotta sell it. I know how it feels when you're recording a narrative, it's awkward to do, even if you are in the right mood.

I hope nobody thinks that the shot is actually coming from a camera in a car. The mountain in the reflection is the the same as the mountain in the far background. Well-done shop though, coupled with good riding.

guidoflys brule's article
Jul 27, 2009 at 1:57
Jul 27, 2009
Xprezo Furax - Bike Check
I met a guy riding one of these in Whistler, and it looks decent. Althought it appears outwardly flimsy, the key components are forged steel. It's super light, but packs a punch. 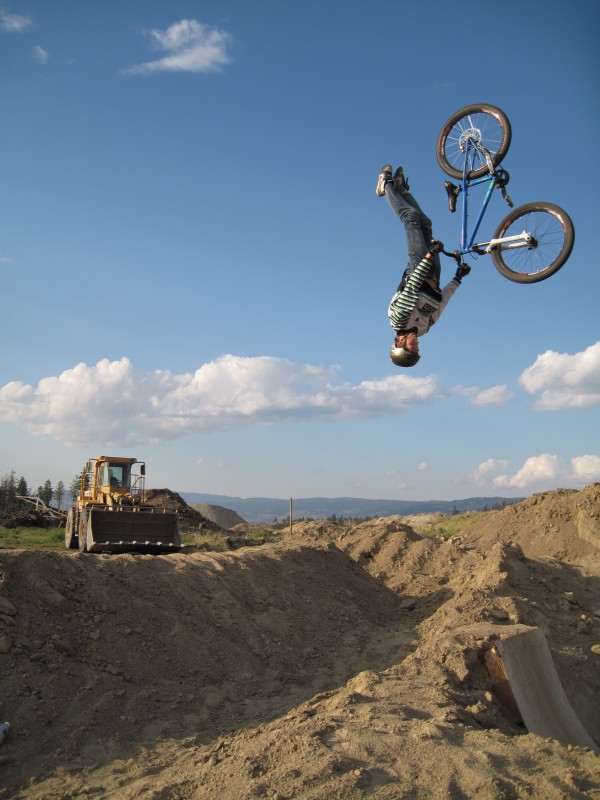