Mike Hopkins - Creative Evolution: In this video, professional mountain biker Mike Hopkins talks about major milestones in his career and gives detailed insight into his creative evolution. For the past 16 years, Mike has made a career of following his interests and dragging his friends all over the globe chasing cinematic gold to put on the silver screen. He's seen the wild, embraced the strange, and worked the way through doom and gloom to the downright sketch. The combination of wheels, creativity, and cameras has given him some of the greatest experiences of his life. From the early years of performance, to continent spanning adventure narratives, to timeless coming of age tales… Creative Evolution is a hell of a thing, and you never know where it’s going to take you.

The Chase - Claire Buchar: As an early pioneer of women’s freeride and with a successful background in DH racing, Claire has a solid set of skills on the bike. But these days, what fuels her fire is inspiring and mentoring the next generation of riders through her various roles in the bike industry and heading out into the wild to explore new routes, passes and valleys, with her like-minded adventure pals or just on her own. As she’s moved away from any official competition, Claire considers herself more of a soul rider, really connecting with her surroundings in the moment and embracing the mental and physical challenges of a big day on the bike. These are the things that make her feel rewarded and alive. Either way, when it’s late fall in the Sea to Sky, it always feels like the changing season is chasing away that last bit of warmth, dirt and light… before it’s time to fully embrace the winter. The Chase.

Moving Mountains: The 56.2km (32.5 mile) Paparoa Track is New Zealand’s latest mixed-use backcountry ride. It joins the already extremely popular Heaphy Track and Old Ghost Road as prime bikepacking trip destinations. Its point-to-point route is what bikepacking dreams are made of: the perfect gradients, insane views, epically-located backcountry huts, and some of the most beautiful bush New Zealand has to offer. The track crosses the Paparoa Range, taking riders through alpine peaks, limestone karst landscapes, and thriving rainforests. While it can be ridden in a day, the route is dotted with three backcountry Department of Conservation (DOC) huts to encourage people to take in an overnight or multi-day experience. Each hut provides track users with bunk beds and mattresses, running water and gas cookers. Track users need to carry all their own food, sleeping bags and clothing — especially wet weather gear. The Paparoa range is situated on New Zealand’s West Coast where it rains 195 days a year on average, with 3,000 mm (118 inches) of rainfall annually.

Trails On Trial: Riders the world over have developed a language of love for trails. Be it seasoned shredders or newcomers to the sport, we all understand the feeling of entering the elusive "flow state." Often, this is how we interpret the trails we love to ride—they're defined by their nuanced, unique traits, like gnarled set of roots or perfectly poised berms. They're memories and moments we all cherish. But behind the layers of soil, rock, and cambers lie ingredients that are integral to the trail​'s being. We might not even understand their role, or existence, but the combination of hardy people, little-understood laws, and collaborations between builders and land managers are crucial to the very soul of the trail. Without them, trails sit on the knife's edge between continuation and destruction. In this documentary, the former World Cup downhill and World Champion, Manon Carpenter, undertakes a journey of discovery. Visiting riders and builders from across mainland Britain, she uncovers what it takes for mountain biking to become an accepted, thriving part of communities. Along the way, managers of large swathes of land where trails are situated share their point of view about why trail existence, and management, is a complex undertaking. When tensions arise, they share how they can be diffused, and eventually transitioned, into collaborations for the benefit of all.

Back to Basics - Hugo Frixtalon: The bicycle has a huge place in our lives. For some of our relatives, a little too much! However, those who know us know the score. Hip-Hop culture has always influenced our projects, rap music in particular. This video is a return to the basics of what we love; a moody, dusky atmosphere where inspiration is often most present, rap and piano pieces that inspire us in the search for emotions. "Real innovation always comes from going back to basics.” Here is our version.

Mark Balcita: why i ride

Power - The Story Of Brad Simms: From humble beginnings to BMX royalty, Brad's story is something to admire. He’s had some major setbacks and continues to push through it all. I don’t think people realize how much work and dedication he puts into his craft. Brad is comfortable and controlled on any bike you put in front of him. His love for bikes shines in every Instagram post, every video part, and anytime you see Brad on a bike. Sit back and enjoy Power - The Story Of Brad Simms.

Mike Gray - Bound By Winter: As winter approaches each year, Canadian riders will try and find any reason to head for warmer weather once the snow starts flying. This year was obviously different. With the global pandemic surging, traveling has been restricted and the typical winter migration impossible. Leaving ‘snowbirds’ like Mike Gray in a state of flux. Mike dropped in and embraced his winter wonderland. Riding it, snowmobiling it and even surfing it, re-imagining what it is to be bound by winter.

Jo Gass - Con Leche: The French and style go hand in hand. Jo Gass has the latter oozing from every pore of his body and after a year and a half, and six nasty injuries, he's back on our screens for United. Jo rules!

Heath Kirchart - Sight Unseen: Heath is an enigma. There's no one like him. From the song "Knights In White Satin" to the mind-blowing gnarliness that is Heath on a board.

The Ghost Ski Resorts - Fortress: When Fortress Mountain closed in 2004, the once vibrant ski resort quickly became a remnant of the past. Two decades later, the far side chair, frontside chair, and day lodge remain standing. While the guests have disappeared, ghosts remain. Inside the derelict structures are stories of ski culture and community. Skiers Mark Abma and Callum Pettit explore the past and ponder the future at this once iconic Alberta destination.

A Conversation: The film is built around a conversation between Academy Award-winning filmmaker Jimmy Chin and Ugandan-born snowboarder Brolin Mawejje. Their conversation tells a story about their unlikely career paths and diversity in the outdoor industry; building into Brolin’s own uncertainty about his goals to snowboard in the Olympics.

How Two Irish Boys Stowed Themselves On A Transatlantic Flight: Garret Daly’s “Nothing to Declare” follows the story of two young boys from Dublin who snuck a successful ride on a plane to New York City.

Learning To Drown: Learning to Drown follows the life and career of professional snowboarder Jess Kimura as she unapologetically shatters stereotypes with her own brand of unwavering determination and go-for-broke mentality. After the tragic death of Jess's partner at the height of her career, she spiralled into a cycle of self destruction, grief and despair. Compounded by head injuries and mental health issues, the circumstances seemed insurmountable. Jess's only way out was within — as she faces her deepest fears, she reminds us that not all wounds are meant to heal. 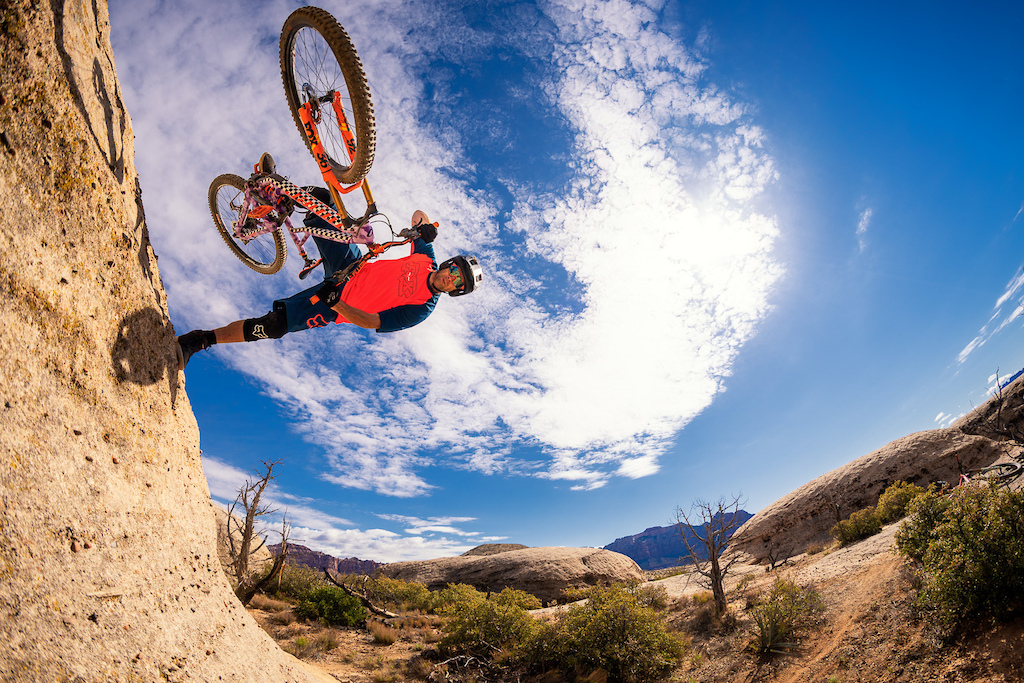 munkydegaetano (Jan 17, 2022 at 4:02)
bRAD Simms, mah gawd!! BMX at that level IS freeriding at the highest level. Parents buy your kids a BMX bike!

DirtCrab (Jan 17, 2022 at 8:10)
The dude's been an obvious standout since the Bulldog days. Anyone else remember rectangular stays?

Undeniably one of the GOATs. He's like a real life version of the Dos Equis guy.

blackfields57 (Jan 17, 2022 at 9:29)
I highly recommend Learning to Drown. Jess Kimura is an absolutely amazing person. I wasn't familiar with her story until watching. It's pretty intense, but totally worth it.

plyawn (Jan 17, 2022 at 8:12)
Remember when PB added filters to protect yourself from ebike content? Wonder what happened to them...

Stickman1029 (Jan 17, 2022 at 12:40) (Below Threshold)
They probably disappeared along with Commodores, Blackberry, 26 inch wheels. Get with the times. Dude rode an eBike harder than you could ever dream of riding.