The bigger, higher, more technical and just plain crazier the better! So I was really impressed by Daniel Dhers' 2009 BMX creation called "The Cashroll" and also by Brett Banasiewicz's nohanded combo. Then I saw Benny Phillips' short indoor edit this summer and was pretty excited - looked like someone finally brought that trick to MTB!! Shortly after I came home from Crankworx Whistler I saw Antti's short Cashroll clip and was stunned - a Finnish guy landing this trick on dirt!

I'm a half-Finn and I had a one-week-vacation planned at our place in Finland for later that same month. I instantly wrote to Antti here on Pinkbike and asked him where that jump was and if he wanted to photograph the Cashroll during my vacation. He wrote back quickly and it turned out that his home spot was about 30 minutes from our place. Couldn't get any luckier than that!

I flew to Finland directly from the Suzuki Nine Knights event and arrived in perfectly sunny and warm conditions, ready for battle! Some quick phone calls and my friends and I drove to Kuopio to meet Antti. The dirt jumps looked great and I had a very good feeling taking the first photos of Antti throwing some sweet frontflips, backflips, cliffhangers, flipwhips and 360 nohanders. This kid can ride! Give him some time and some progressive training spots and he'll definitely make his impact on the dirt jump scene. 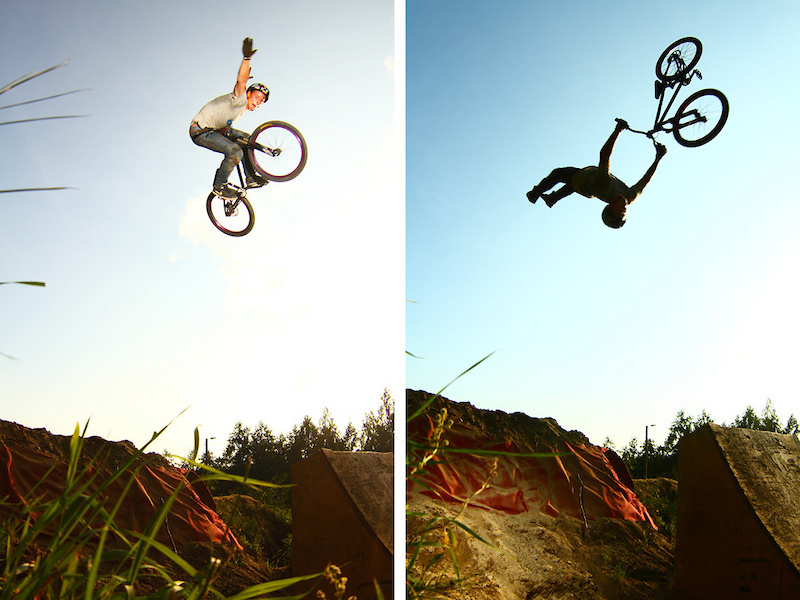 The short video clip was actually shot on a different location, on a slightly bigger jump. The jumps in Kuopio were a bit smaller, but Antti was confident that they'd give him enough airtime to do the Cashroll. After some practice runs he decided to go for it and just landed it perfectly on the very first try! What more can you ask for as a photographer?! 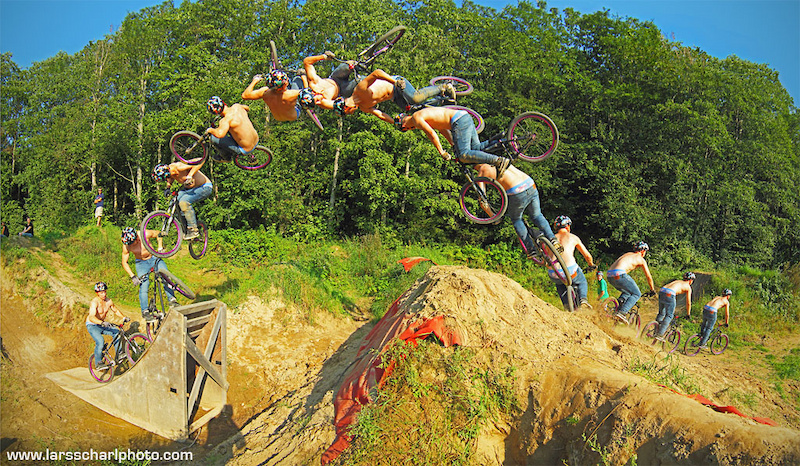 Afterwards we waited for some better evening light and Antti cashrolled a few more times, but eventually it was clear that the very first picture was the best one. Having nailed all the shots we came for, Antti decided he wanted to go for just one more trick - a double flip. I was definitely more nervous than Antti when he rolled in, but he rotated perfectly and just slipped a pedal and went down after the landing.

Nothing happened and we all called it a day - I'm superstoked that everything worked out so well. Hopefully we'll see some more stuff from Antti out of Finland, and maybe also from some international contests in the future! Kiitos once more for the super nice session Antti! 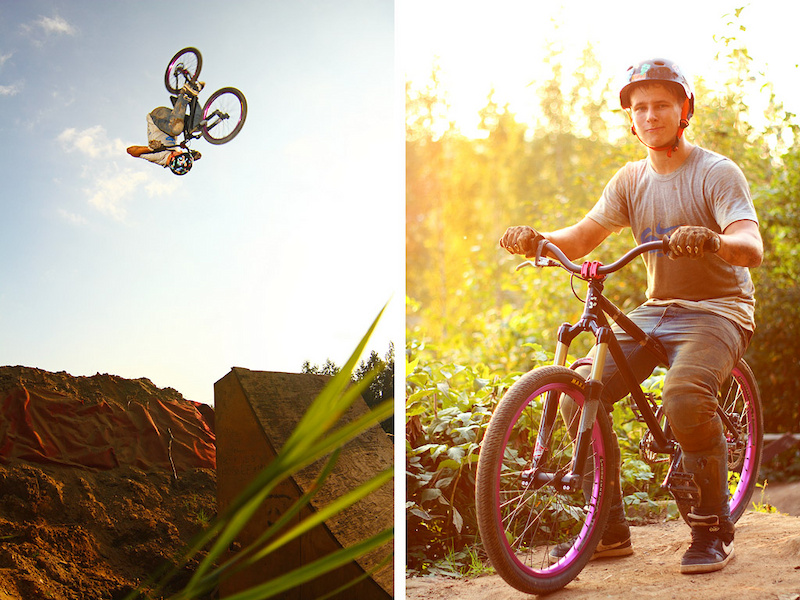 tandembikemike (Oct 18, 2011 at 22:03)
Probably just my opinion, but it seemed so much cooler like 10 years ago when dudes were landing new tricks. Now, you know these guys are throwing it all into foam pits first and it just kind of loses the excitement.

stupendousman (Oct 18, 2011 at 22:56)
Actually it has that feeling to it since Antti didn't practise it into foam pits or resis or anything similar - he threw it to dirt from the first try on

tandembikemike (Oct 19, 2011 at 6:38)
That's awesome! I guess I'm talking more about bmx. It's like, oh, another guy landed a quad tailwhip. Or a frontflip tailwhip or something. When guys like Dave Mirra were throwing a double backflip for one of the first times, that was more exciting to me. There weren't 10 guys landing the same trick 2 weeks later. This is cool for sure though. Not taking anything away from Antti.

evomtb (Oct 19, 2011 at 14:31)
i get exactly what tandem is saying, these woodward training camps and whatnot with their controlled conditions and various levels of foam take away the element of risk that just makes the sport what it is. big props to antti though, read about that first cashroll to dirt a while ago and was impressed then that he had not used a foam pit. bringing back the balls

OregonsOwn (Oct 22, 2011 at 11:19)
I think mirra threw his first double back onto a resi... regardless yeah there has been some serious progression since foam pits starting popping up more often at indoors and camps and what not.

ratherberidin (Oct 18, 2011 at 22:06)
you all sound like a bunch of skiiers now! everyone calls something by a different name but it doesnt make any sense what so ever. its all the same shit with an extra twist, flip, or spin. what the f*ck is a "misty," or "bio," or "lincoln" and what does it have do biking? nothing! just shut up and agree with what the person says it is.

Husky360 (Oct 19, 2011 at 7:48)
What are you talking about ratherberidin - sure it makes sense, anyone who saw this would know he was doing a sidekick-fufanu-pencil-finger-lazyboy. Guess we could go with just cash roll tho.

sledshed (Oct 20, 2011 at 21:03)
less like a cork and more like a rodeo. notice how his body goes first. in snowboarding this is a rodeo 7. can't really call it frontside or backside cuz that doesn't matter here, but to me it looks more like a backside rodeo haha. IRREGARDLESS, this cashroll is sick!!!!!