Each event nominated this year had something unique going on that made it stand out from the others, but there was one that stood above the rest. With incredible racing, nail-biting upsets, an exciting venue and, of course, amazing fans, Pinkbike's Event of the Year goes to... 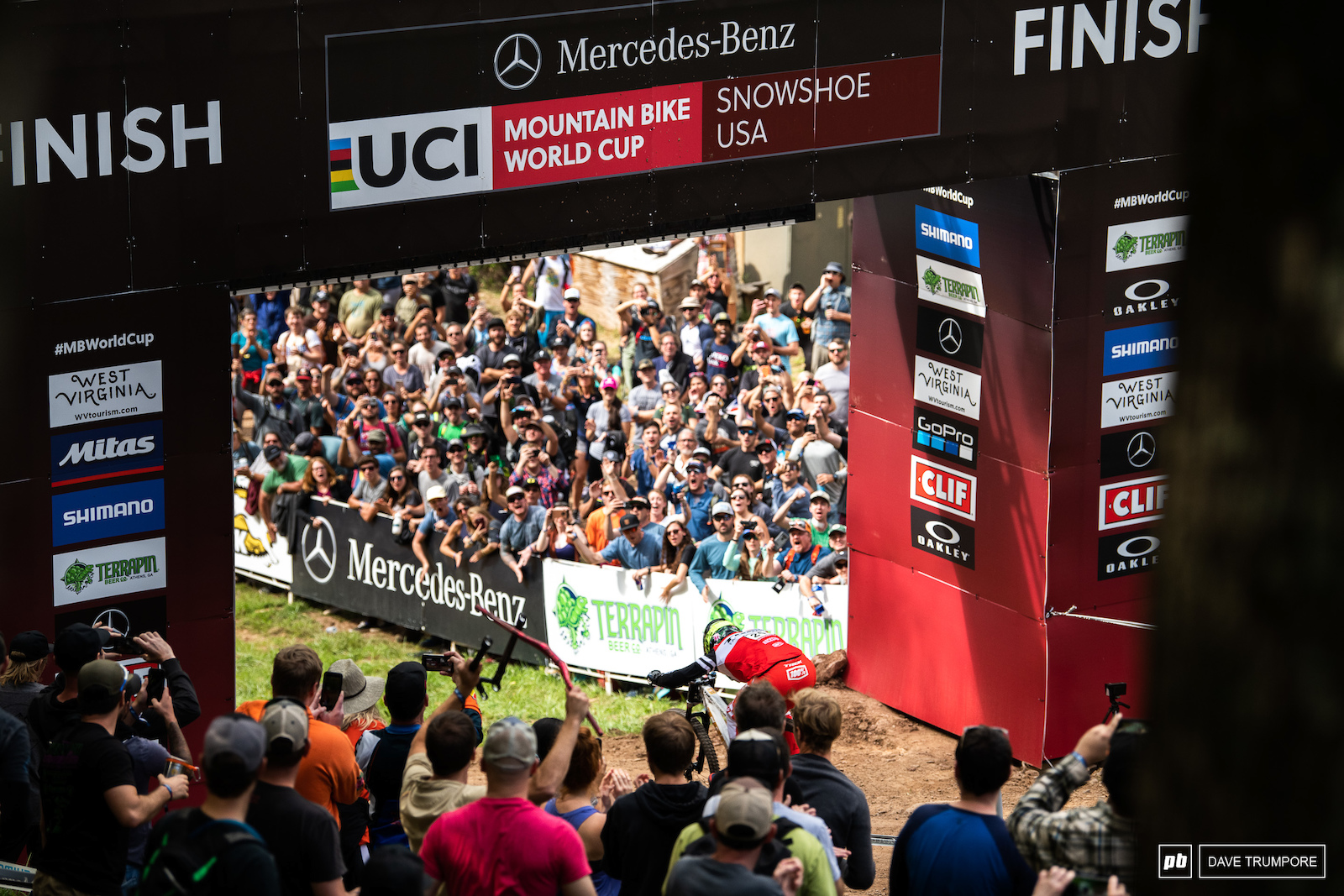 Event of the Year

EVENT OF THE YEAR

With a top-tier venue, tight racing, and lively fans, Snowshoe delivered on a multitude of fronts for World Cup Finals.

The crowds were otherworldly, with American fans showing the world how they thought cheering and partying should be done. The venue, in what many would rightfully consider "the middle of nowhere," provided the stage for a world-class event.

The track was an example of what a World Cup DH track should be, and the racing was down to the wire.

Racing doesn't get much more exciting than what went down at Snowshoe, and fans will talk about this World Cup for years to come. In DH, just 30 points separated Marine Cabirou and Tracey Hannah as the Aussie finished fifth to secure her first World Cup overall title.

For the men, it literally came down to the line with Amaury Pierron putting down a near-flawless run, putting pressure on Loic Bruni to deliver a good time to take the overall. With the times close, and the race being a points battle, Danny Hart came down the mountain last to take the win, leaving Bruni with the overall title by a mere 40 points. This made for two of the closest points races in history. 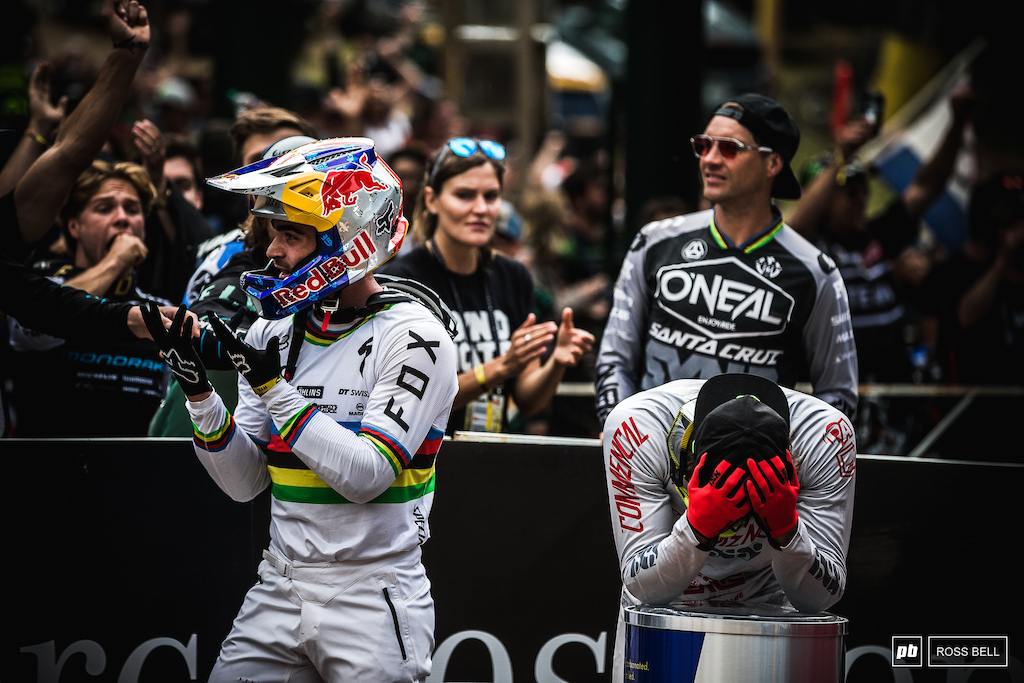 The moment it was all decided. Danny Hart crosses the line and takes Amaury Pierron out of the hot seat giving Loic Bruni the overall title.
In the women's XCO, Kate Courtney was fighting for the overall title, finishing fifth which was exactly what she needed for the overall, capping off yet another strong year after taking the title of World Champion last season.

"Every year, every year, only here, only here!" Racers and fans alike agreed that the 'ol USA did things right.
The winning runs from DH made for some of the tightest racing in history when it came down to the overall titles.

captainderp (Dec 20, 2019 at 5:21)
I had a great time, you put on an excellent event! I sure hope you plan on bringing the WC back in the future. Next time I'll bring my whole family!

cgreaseman (Dec 20, 2019 at 7:49)
I hope you guys get the chance to host US Nationals again, one of the best and most well-rounded XC courses out there.

TEAM-ROBOT (Dec 20, 2019 at 9:02)
Thank you Patti! Snowshoe has some of the best downhill trails in America. Thanks for rolling out the red carpet to host the World Cup!!

tbell1979 (Dec 20, 2019 at 10:25)
@pattid13 Loved meeting you and your husband at dinner on my 40th birthday that weekend! Guessing folks will remember my 40th for years to come, haha! I know I will! Thanks for all you and your team did to make that weekend one for the ages!!

Stromjon (Dec 21, 2019 at 7:48)
It was an incredible weekend. Snowshoe shined as a venue and put on a great showing for east coast riding. I really really hope y'all can swing it again in 21. I know we'll be there and be rowdy!!

dthomp325 (Dec 20, 2019 at 5:58)
Pretty amazing they can pull off an international event there given that's it's in the middle of freaking nowhere without any airport or anything. Would be cool to have a "how the f*ck we got there from Europe" story about the logistics of moving a wc team.

SvenNorske (Dec 20, 2019 at 6:39)
Is West Virginia the next big thing in mountain biking in the US? Or will the only news continue to be about meth and opioids?

Underlook (Dec 23, 2019 at 23:06)
@SvenNorske: Not sure how you are missing the story above but we already are a big mountain biking thing in the US, globally even, we got it all. Well, if you ride downhill, enduro, XC, or jut like some good old rowdy single track we are.I don't recall any any meth, opioids, or even coal that weekend. Try to keep up(if you can).