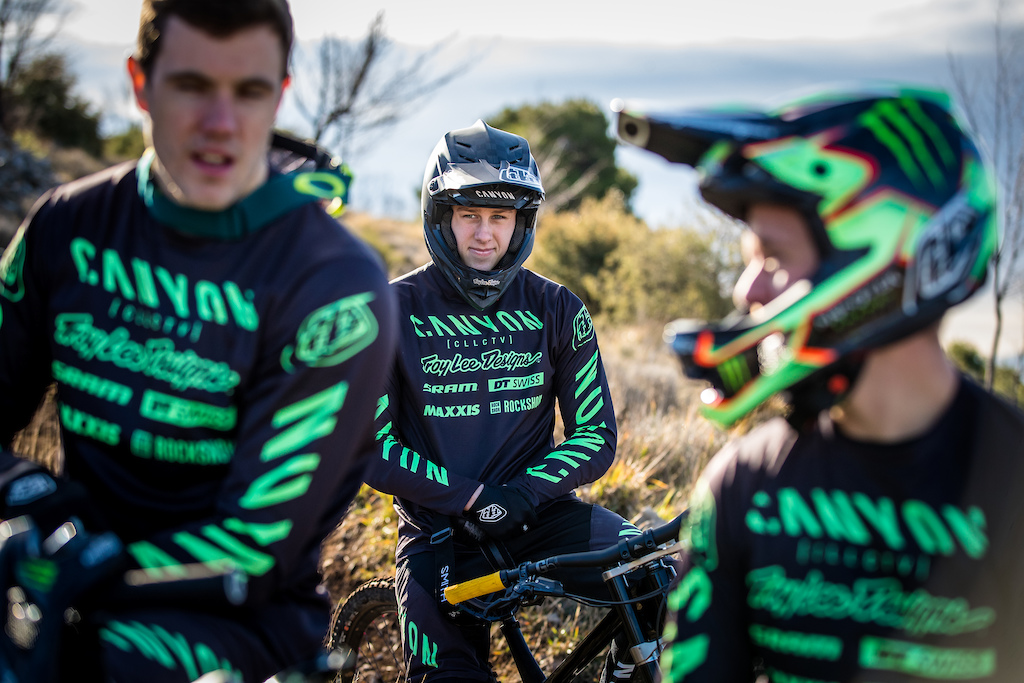 The Canyon Collective Factory Team, formerly Canyon Factory Racing, has unveiled its new team kit for 2020. It's a bit of a change-up from the black, white and yellow of years gone by as the team will now be riding in black and fluorescent green.

The team has also announced a 3-year deal with Troy Lee to provide clothing, helmets and protection. Troy Lee previously provided helmets to the team but they now are taking over clothing and protection from Dianese. 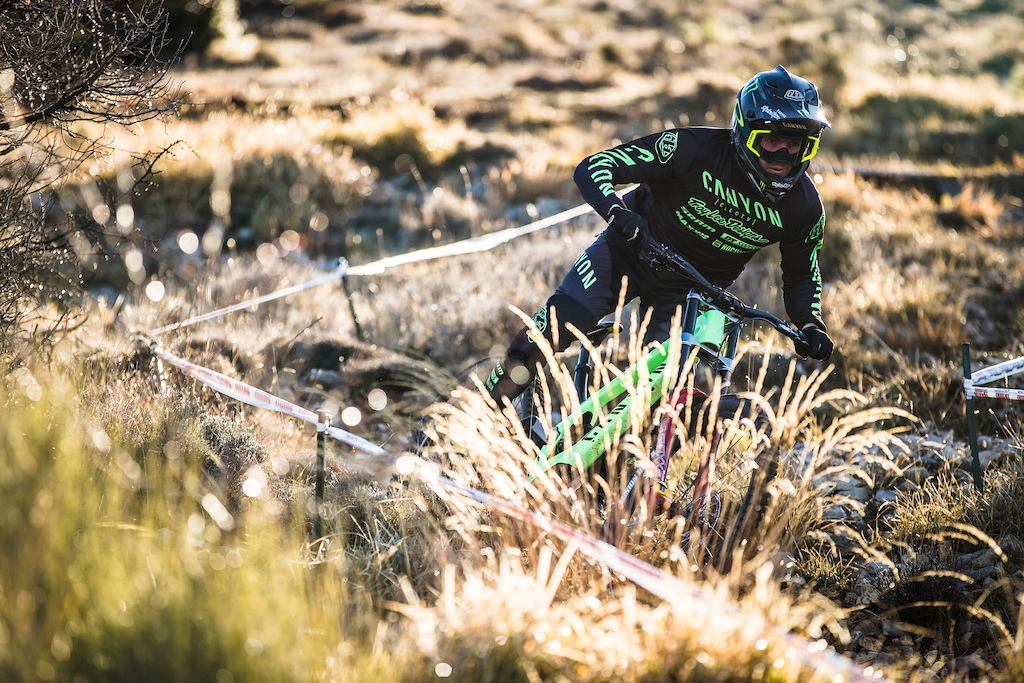 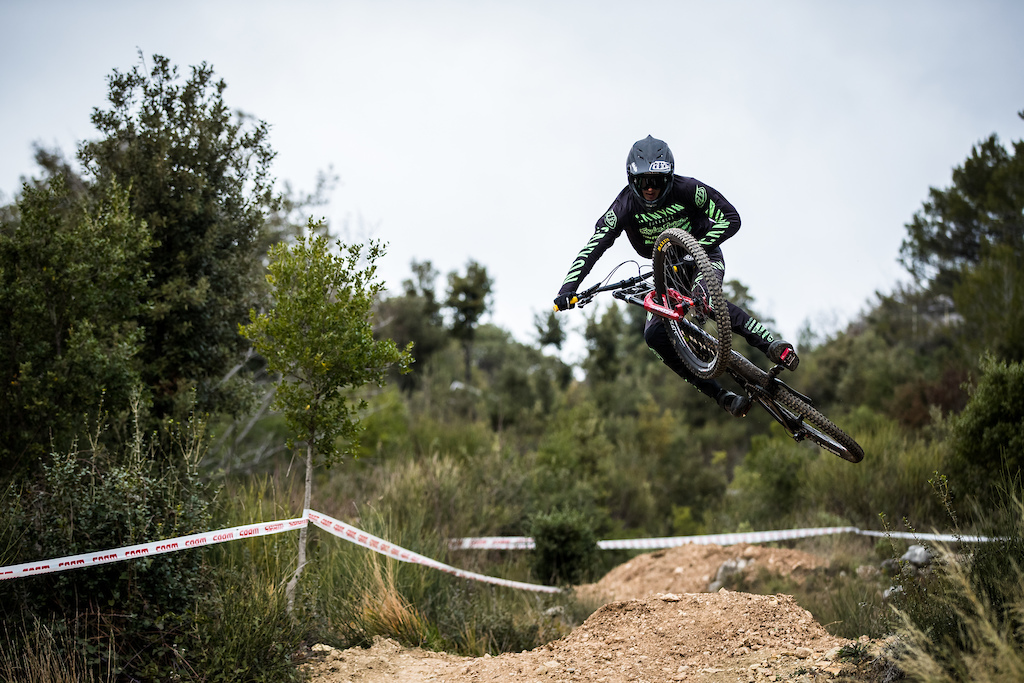 Canyon Bicycles is proud to celebrate a new partnership with Troy Lee Designs and announce their 2020 Canyon UCI World Cup and EWS rosters—bringing seasoned vets and young guns together as part of the brand’s larger rider CLLCTV.

PRIMED FOR THE WORLD CUP

Leading the charge on the downhill side is Troy Brosnan, who’s coming off a season which saw multiple podium finishes, including a World Championships Silver medal and a Canadian Open gold medal. Mark Wallace, claimed 8th in the overall World Cup standings last year, and returns for his 4th season under the Canyon banner. Ditto for Kye A’Hern, who took the rainbow jersey and Junior World Championship title at Mont Sainte Anne last season. With newfound confidence, A’Hern make his jump into the elite ranks in 2020.

Joining the elite crew in 2020 is 17-year old, first-year junior Jakob Jewett. Jewett showed massive potential in 2019 with an array of top results, including amazing finishes at Crankworx Whistler and a Canadian National Championship title.

“We’ve assembled one of the most-well rounded rosters on the World Cup,” says Fabien Barel, mentor of the team. “It’s a great foundation for success and I look forward to kicking things off in a few weeks.”

Canyon’s Enduro program is led by two members from last year’s overall Team Championship winning team. Dimitri Tordo looks to elevate his last two season’s overall finishes while he seeks his first EWS win. Likewise, veteran Canyon rider Ines Thoma is will pick up from where she left off in 2019—a season in which she had five top-five finishes.

In one of the off season’s most exciting signings, Canyon is proud to welcome Jack Moir to the family, the global fan favorite will pursue a full EWS campaign and select downhill events.

“Really excited to be joining the Canyon crew,” says Moir. “Canyon’s enduro and downhill teams have been super successful and this gives me great confidence in the equipment I’ll be using, and the people I will be working alongside. It’s going to be an exciting year for me. I’ll be focusing on the EWS, but I’m happy to still have the opportunity to hit some of my favorite World Cups.”

Canyon Collective is proud to handpick its partners in search of podiums around the globe. Returning partners are SRAM, RockShox, DT Swiss, Maxxis, Crankbrothers, Ergon, Mucoff, E-13, and Five Ten.

Canyon is particularly excited to announce a more extensive, 3-year partnership with Troy Lee Designs for Clothing, Helmets and Protection.

Dropthedebt (Mar 3, 2020 at 9:27)
@veljko:
Llanfairpwllgwyngyllgogerychwyrndrobwll­llan­tysilio­gogo­goch
Or
"The Church of Mary in the hollow of the white hazel near to the fierce whirlpool and the church of Tysilio by the red cave"

kookseverywhere (Mar 2, 2020 at 9:43)
You misspelled cllctv in the title of this article

pargolf8 (Mar 2, 2020 at 10:59)
Mission accomplished. All levels of sponsorship advertising readable from a far.

endlessblockades (Mar 2, 2020 at 11:02)
No mention of the Seagraves because they wear pink and zebra Fox gear? Good on them for keeping their gear sponsor.

DanCaseyImages (Mar 4, 2020 at 3:41)
I really like the colour way, I dont know how readable it will be from a distance, but certainly two contrasting colours sure to stand out. Now will Canyon release a bike in the same colourway?