Join Pinkbike  Login
At the Enduro World Series round 5 in Winter Park Brittany Clawson went down hard on the final day of racing. Speaking to many of the female racers who were with her when she went down, it was clear it was a very bad crash. At the time the organisers confirmed that she was taken to hospital in Denver where her condition was described to us as "stable." Until now we haven't had any further news on her condition, but we received an email this morning with an update. Anne Galyean let us know that her fiancé posted on his Facebook page the following update:


Everyone here at Pinkbike would like to wish her a full and speedy recovery. 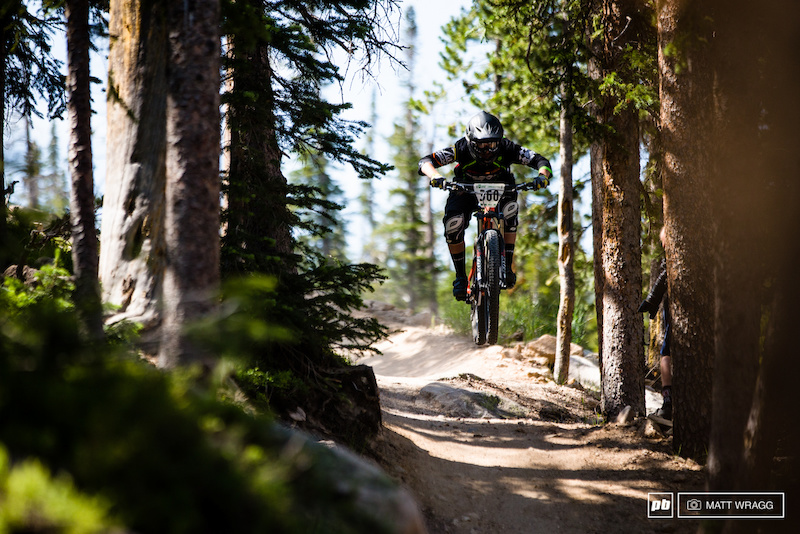 Hwulex (Aug 4, 2014 at 11:46)
It's nice to get these injury updates. Thanks, Pinkbike. Healing vibes and speedy recovery to Brittany.

RockyMountainBicycles Plus (Aug 4, 2014 at 12:09)
Really good to hear that she's on the mend. You were shredding out there Brittany and we can't wait to see you back out in the mountains!

KUNTHER (Aug 4, 2014 at 13:55)
Curious the brand of helmet she was wearing and more info on the crash. Did it help her or fail on her. Wish the best luck and health in your recovery. You'll be shredding soon.

Epic-Eli (Aug 4, 2014 at 16:52)
Glad to hear she's on the mend, healing vibes her way! Yeah, just like some of you was shocked to hear that she had a fracture skull with a ff helmet, thankfully ff helmets were mandatory, possibly saved her life!

Togeone (Aug 4, 2014 at 19:44)
Wishing you a speedy, and full recovery Brittany. Really take your time with the brain injury. Don't rush back into risky territory until you're 100%. All the best.

Iamwarthog (Aug 4, 2014 at 13:38)
Thanks for the update. Glad to know that she is doing better. Best wishes for a full and speedy recovery!

pat-macrotch (Aug 4, 2014 at 15:27)
Brittany is a top knotch person. Sad to see this happen to her. Sending my good vibes for a successful recovery!

Knife-in-the-dark (Aug 4, 2014 at 18:06)
So tell me again how racing dh trails in half lids, on shorter travel bikes with minimal body protection is a good idea?

jdigdog (Aug 4, 2014 at 18:28)
EWS has mandatory full face at all races...so unlikely this happened in a half lid?
Sending her healing vibes from Canada!