With off-season settling in, we had an opportunity to take the Rocky Mountain Bicycles/Race Face EWS team out of town for a mini getaway before the snowy season arrived.

Three riders, two mechanics, some RMB and RF support staff, and our RF media team made their way to a little strip of paradise to catch the last of the year's sunny, yet chilly, days and a little R&R away from city life.

The Sunshine Coast
The Sunshine Coast stretches 180 km up the southwest corner of mainland BC and is only accessible by air or ferries at the north and south ends. This strip of paradise is the home of plenty of mountain biking - from the Sprockids MTB trails to Roberts Creek to the impressive jumps at Coast Gravity Park just outside Sechelt. 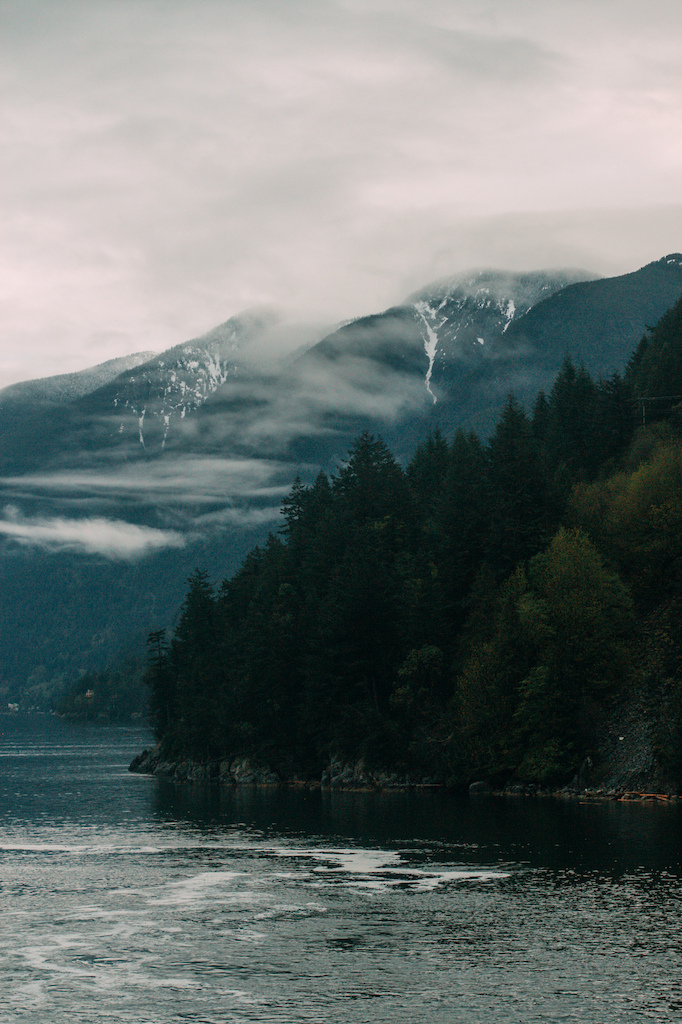 Coast Gravity Park
We were lucky enough to have Coast Gravity Park open up for us on a weekday, giving us free rein of the whole park. Jumps, berms, launches, drops - it has everything a rider dreams of. Some had been here before while others were first-timers.

Bonus: no lines to wait in to get back to the top - the Race Face truck was more than up to the task of getting everyone back up the steep road to the top for "just one more run." 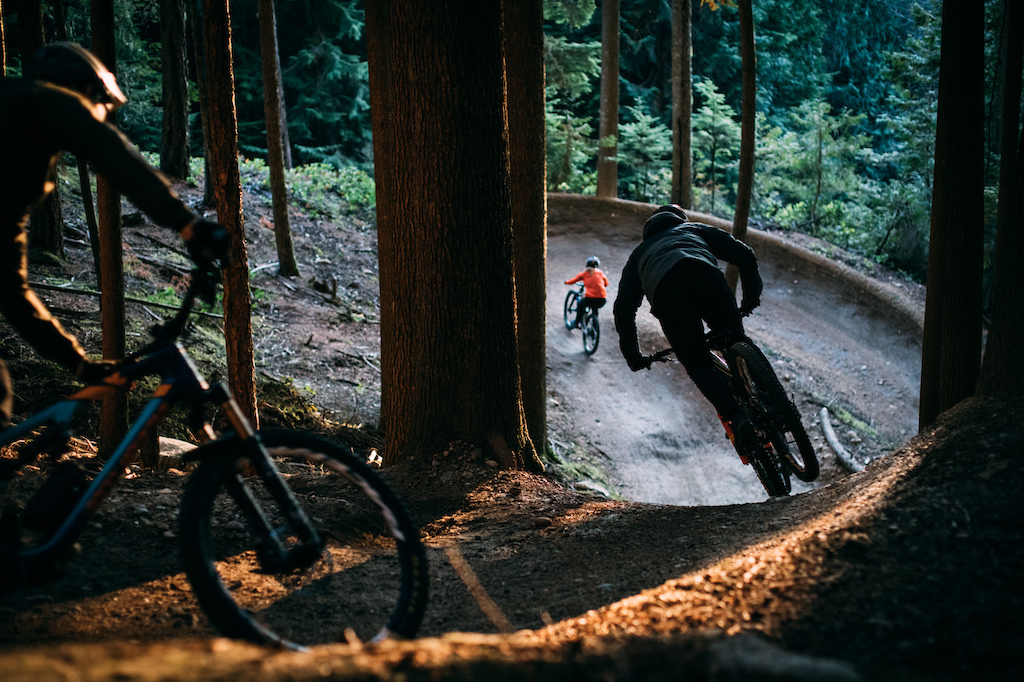 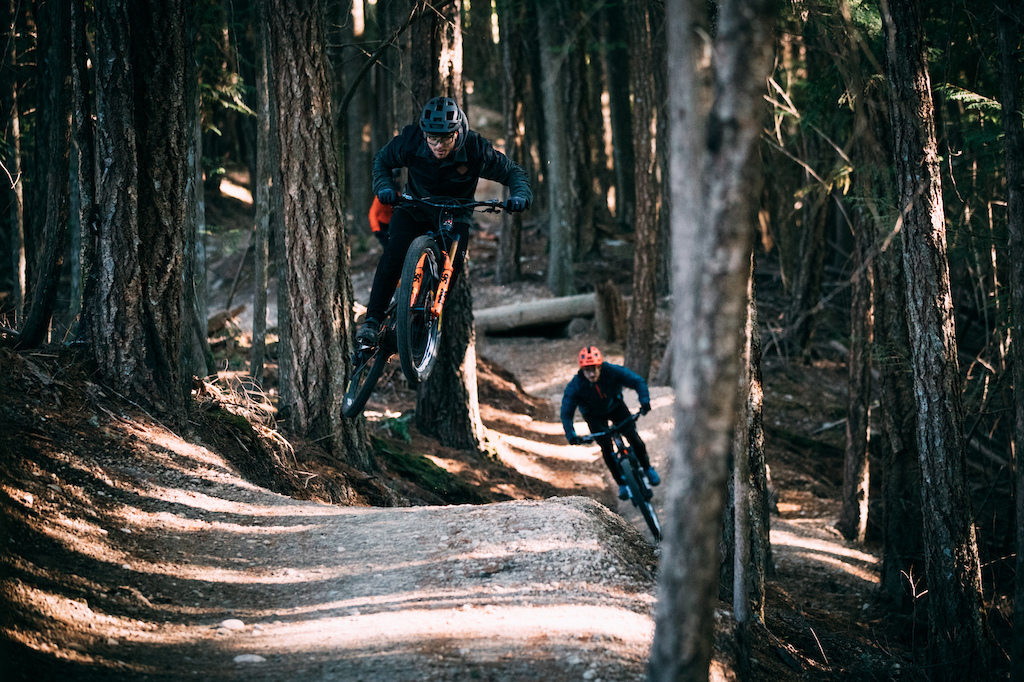 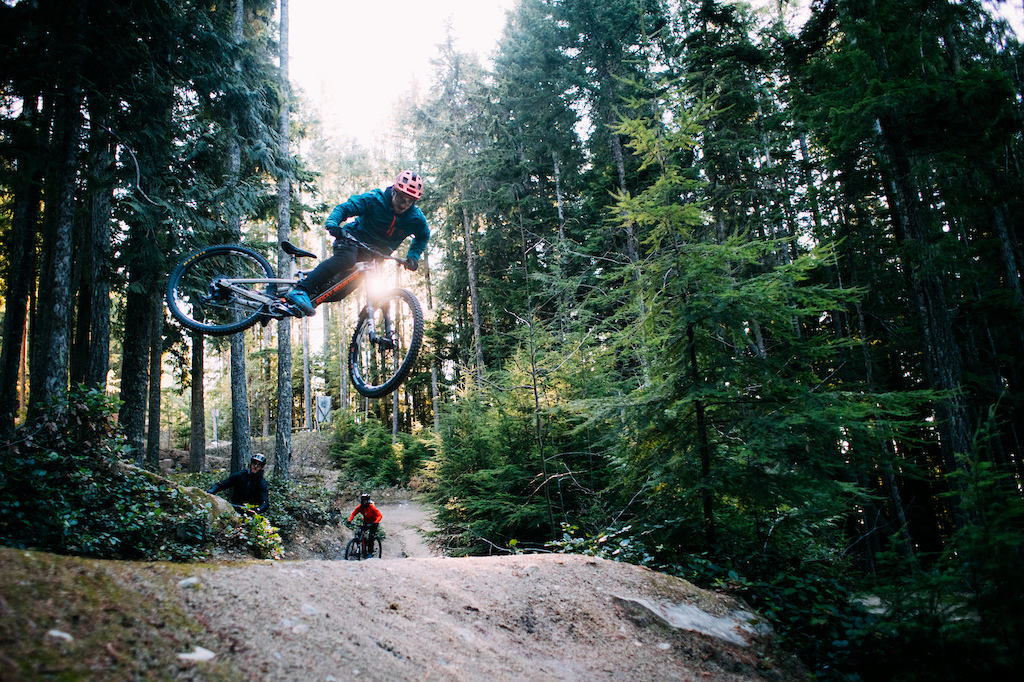 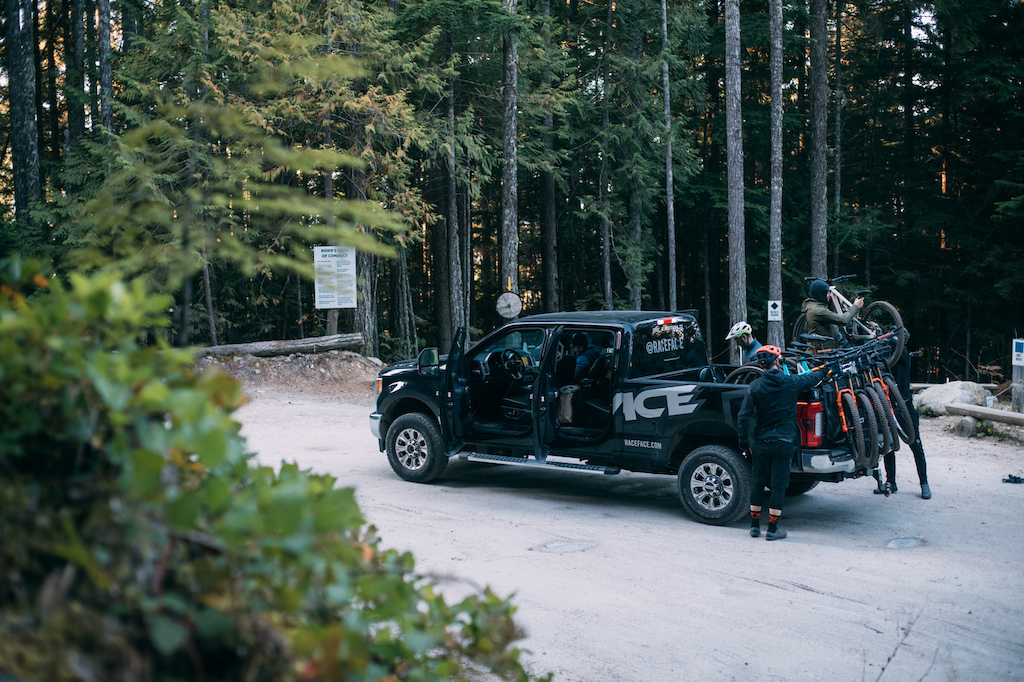 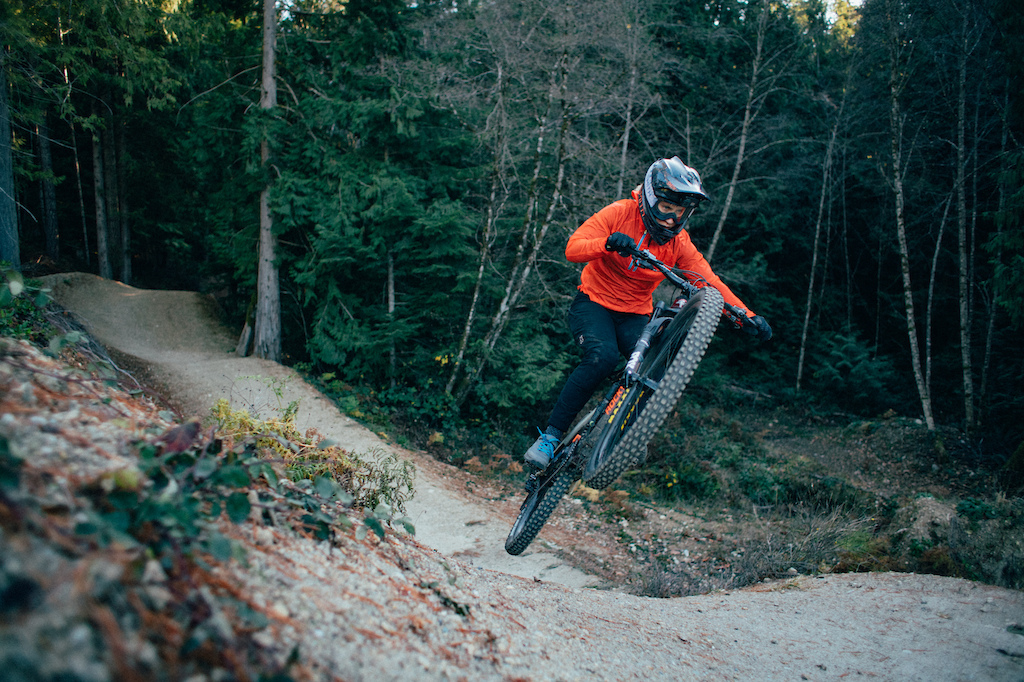 A quick recharge cookout stop in the sunshine and the crew was back up the hill for more shredding. 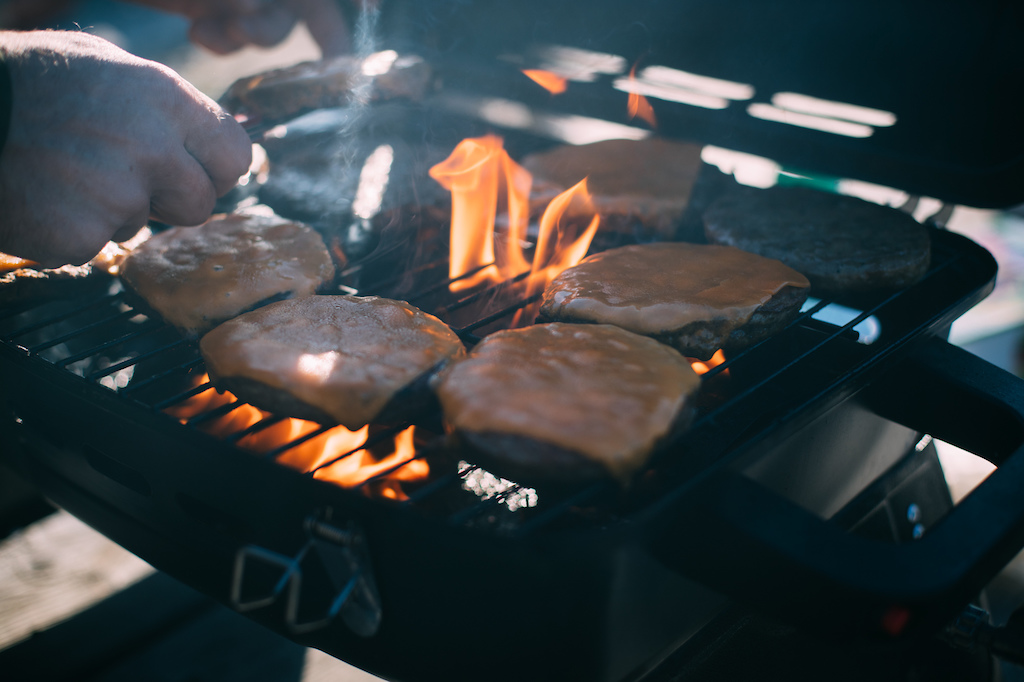 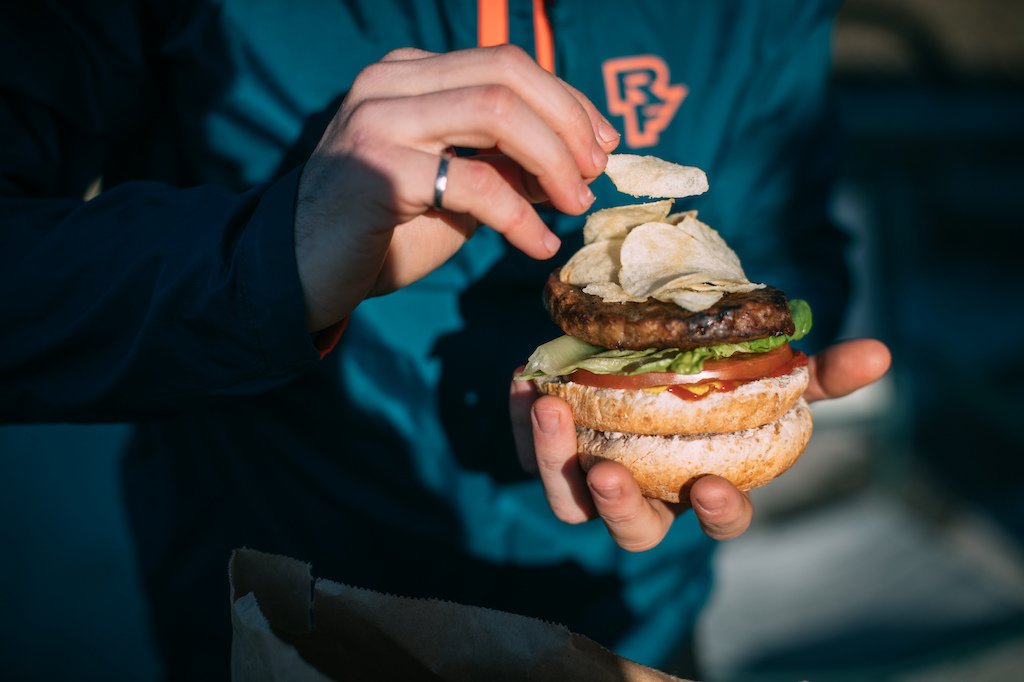 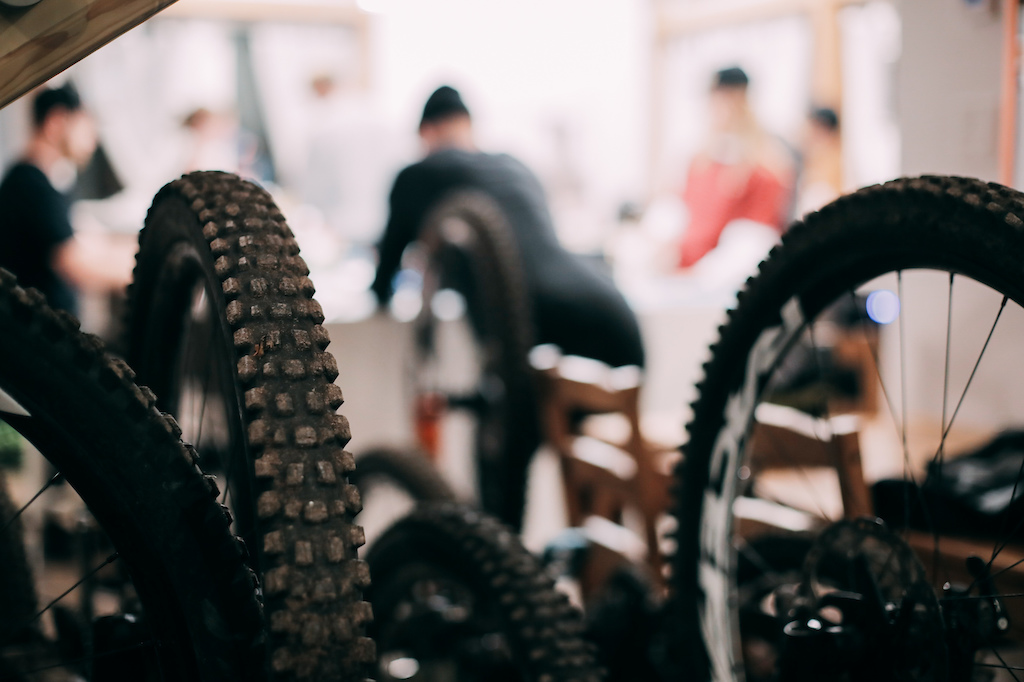 Evenings were spent with games - dice, full-size jenga, and plenty of feats of strength - while mornings were spent making java in all kinds of coffee devices and trying to convince Trotter to mix a soundtrack for the day ahead. 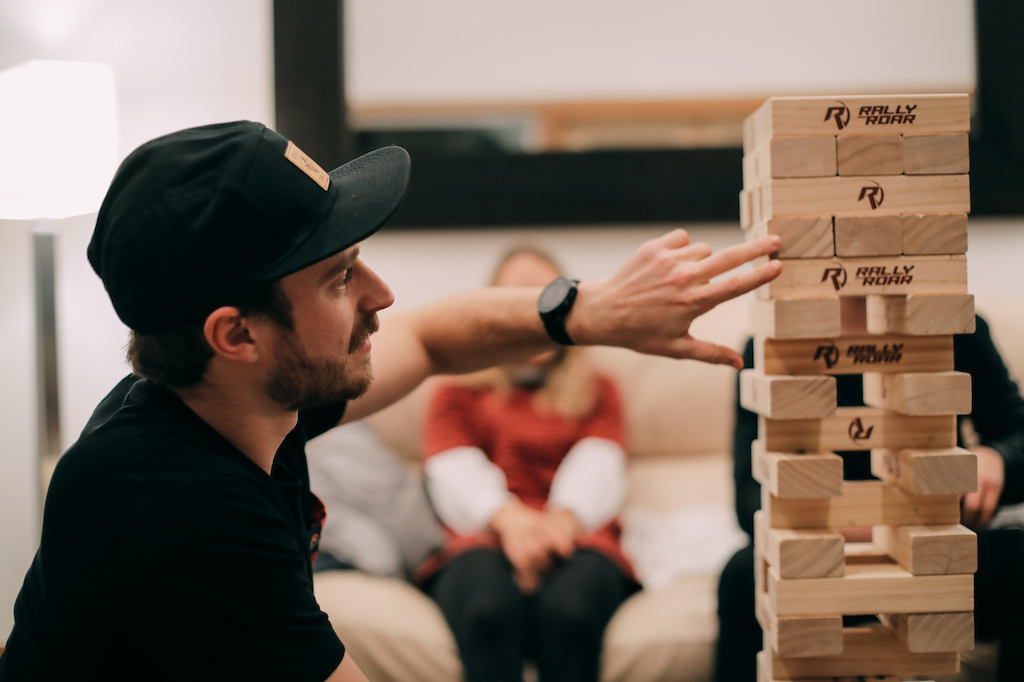 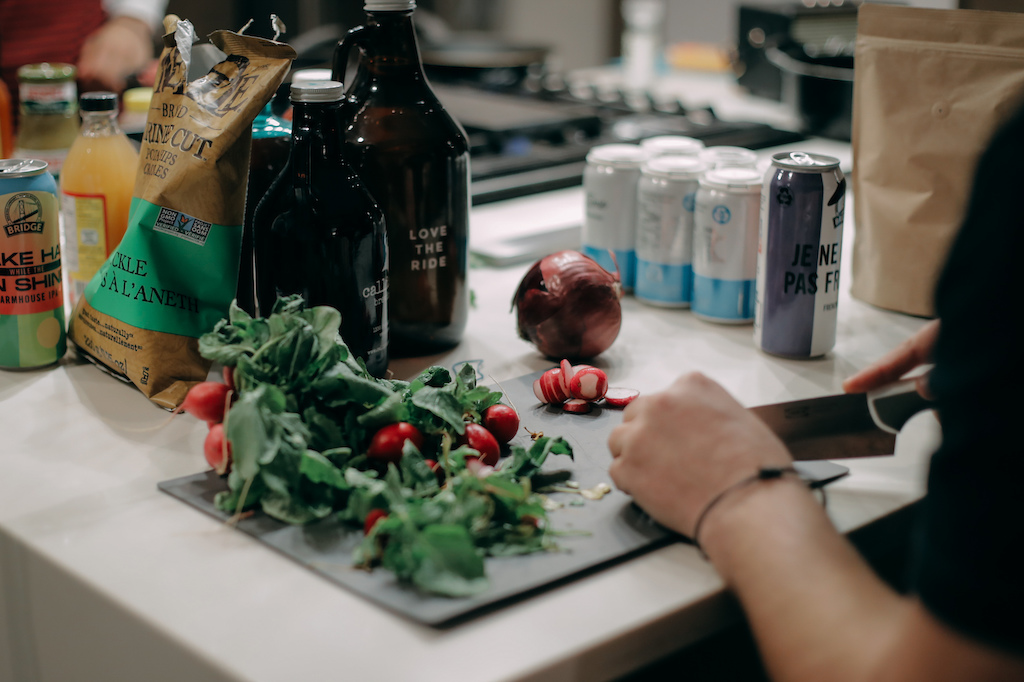 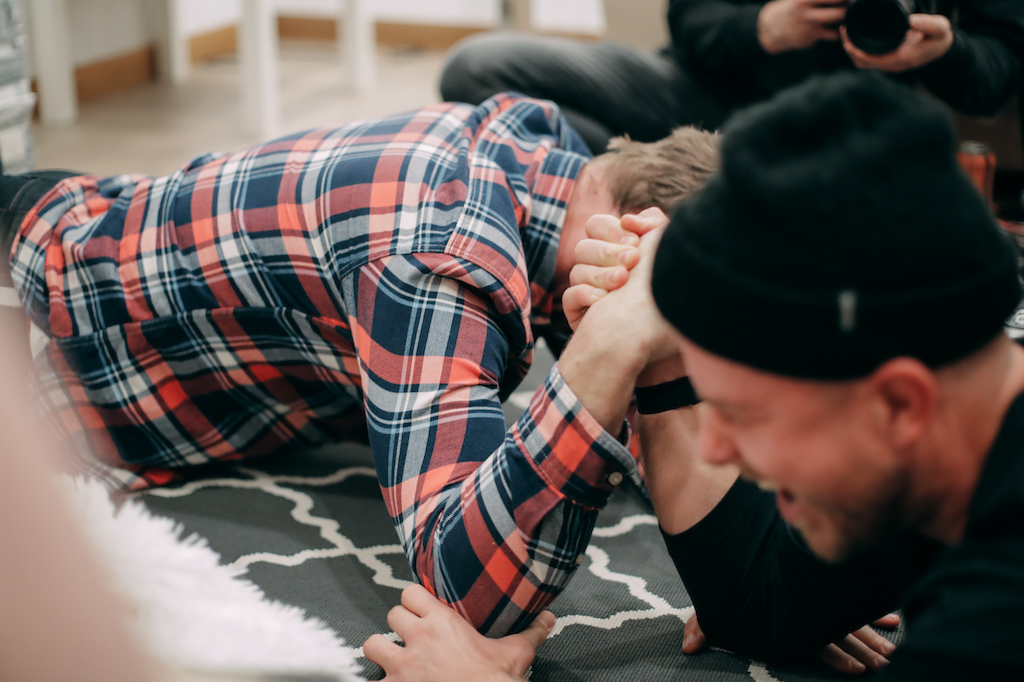 The other draw of the Sunshine Coast was a network of trails near Roberts Creek. The crew rode trails to bookend the park day. Plenty of loam to get after and time to session the rocky and rooty, twisted and turning trails. 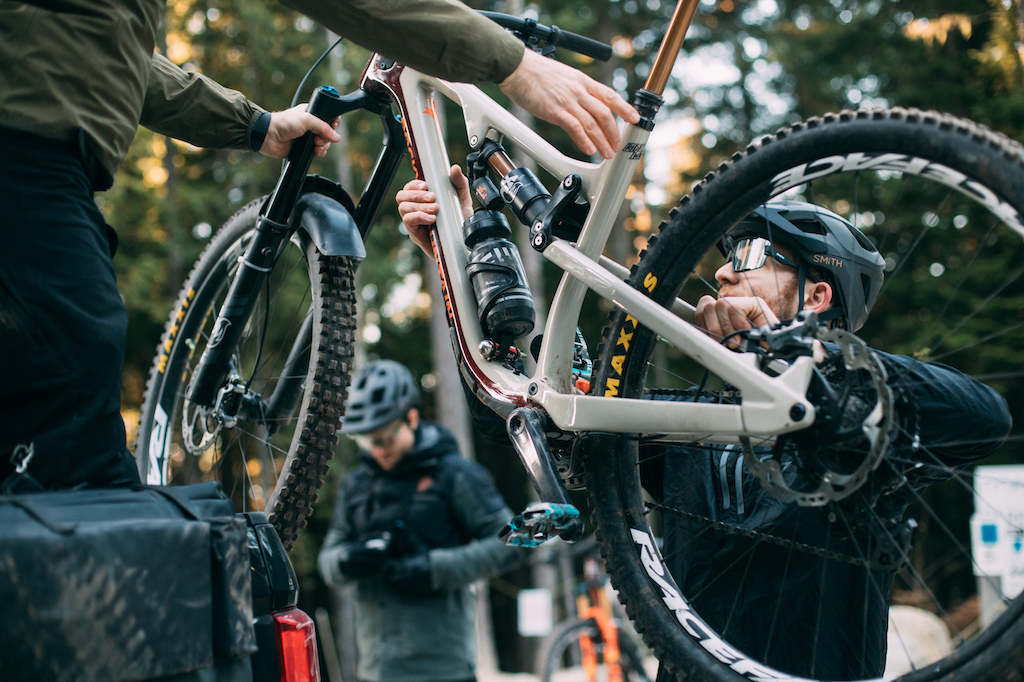 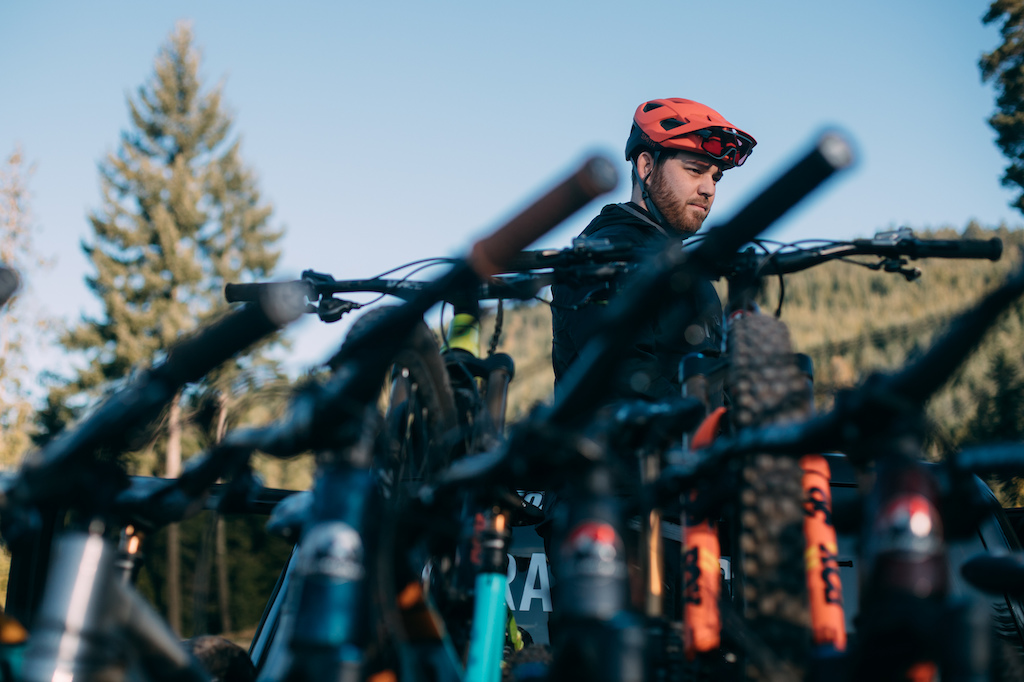 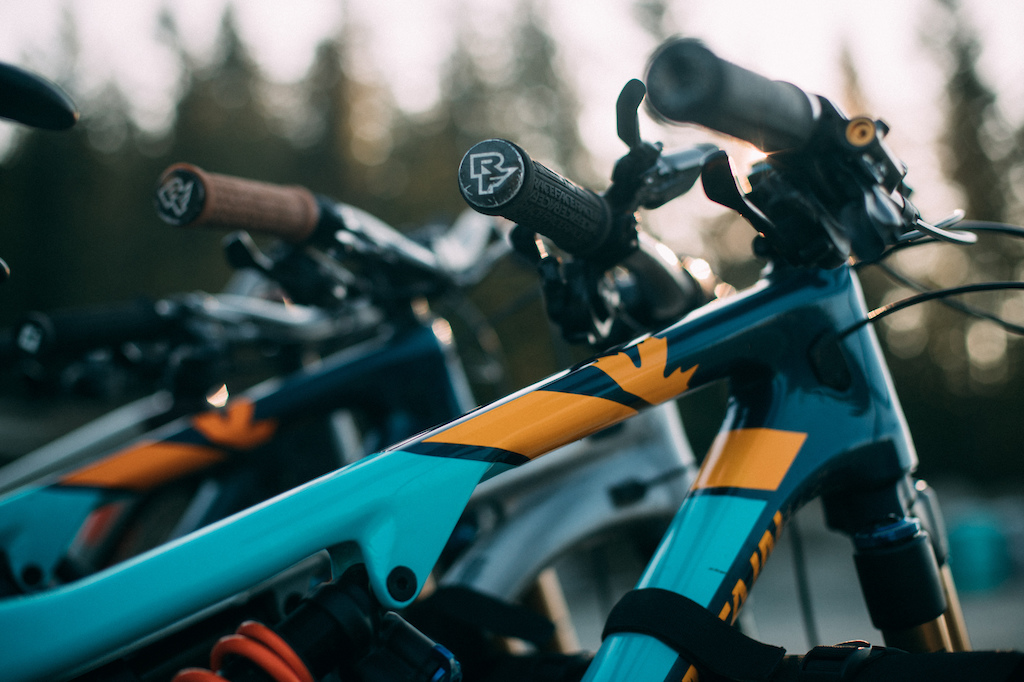 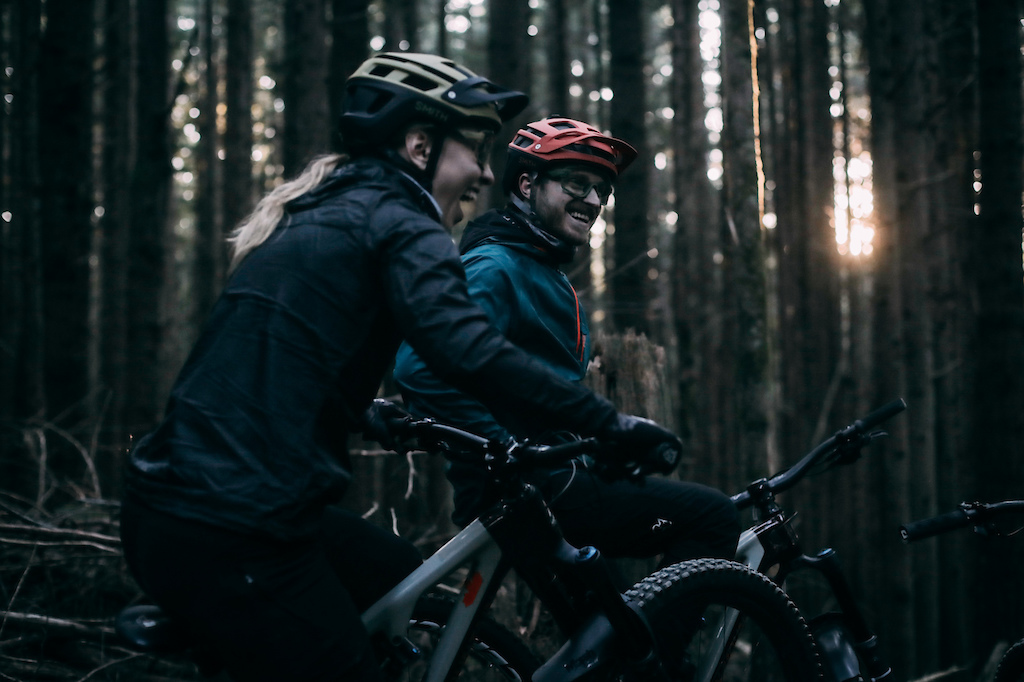 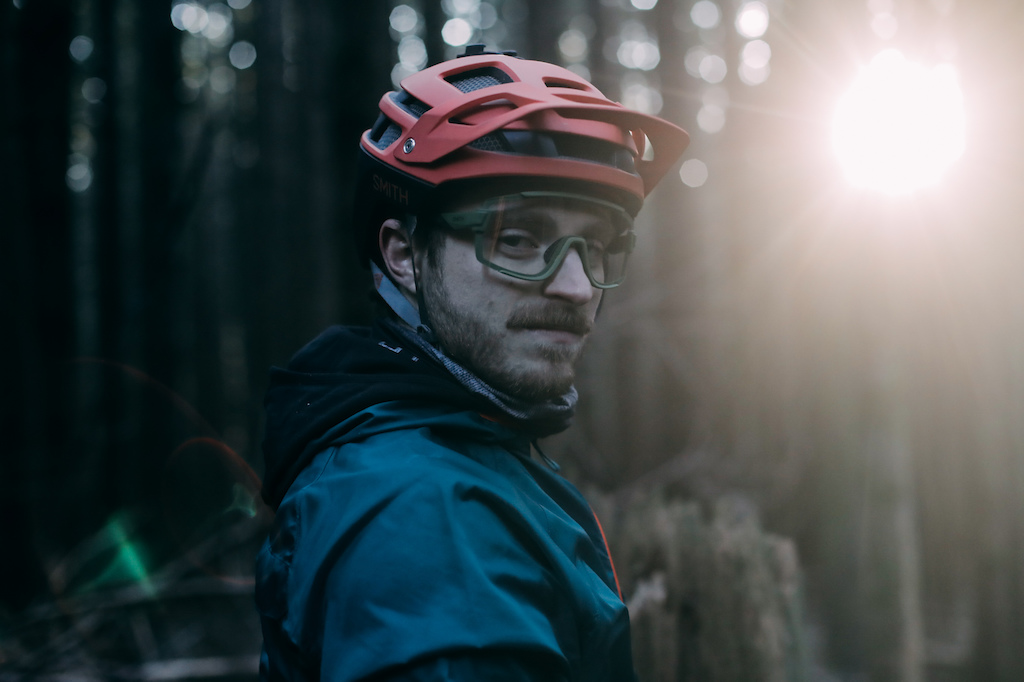 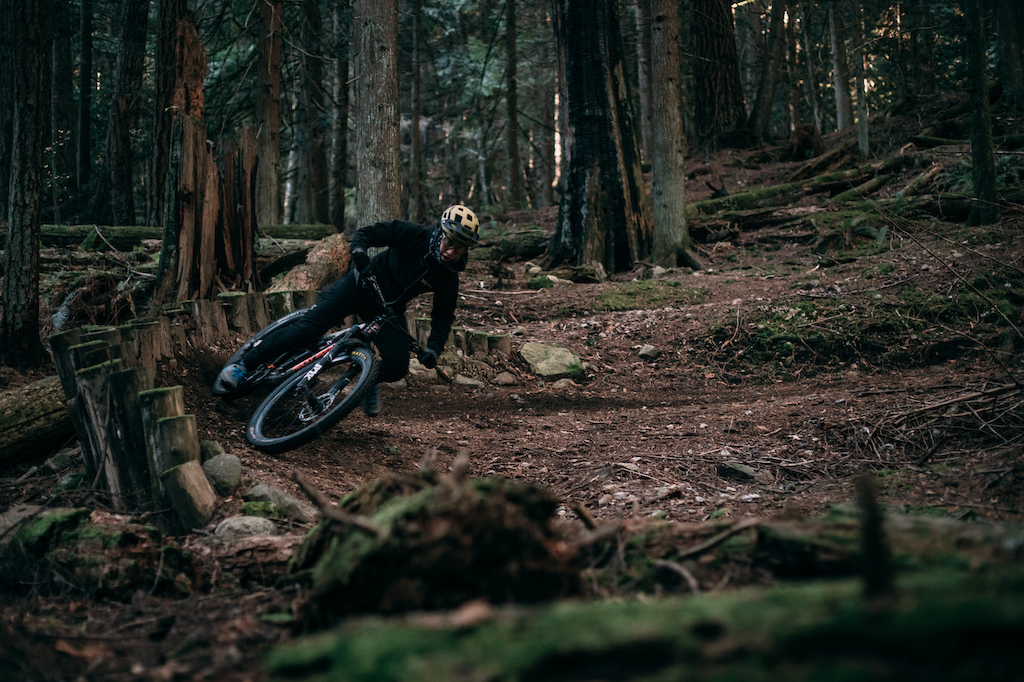 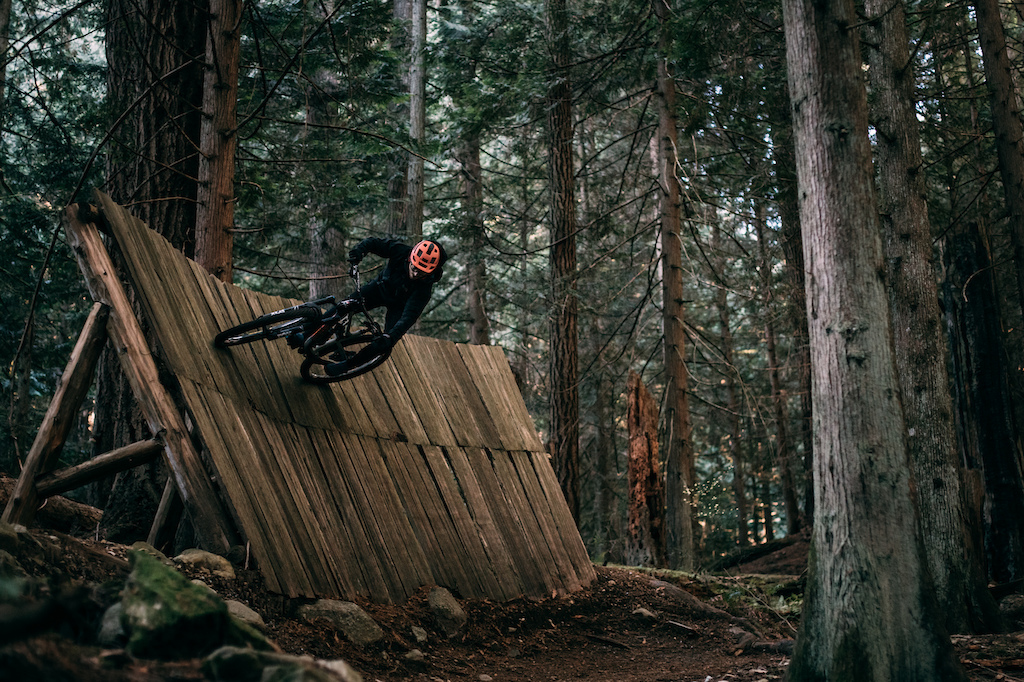 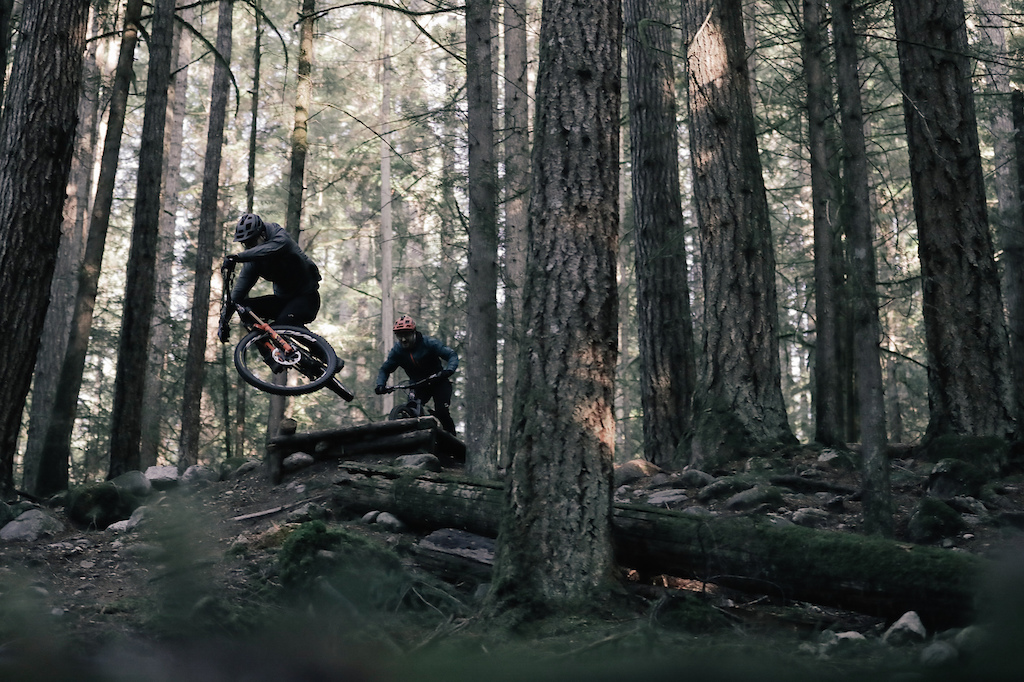 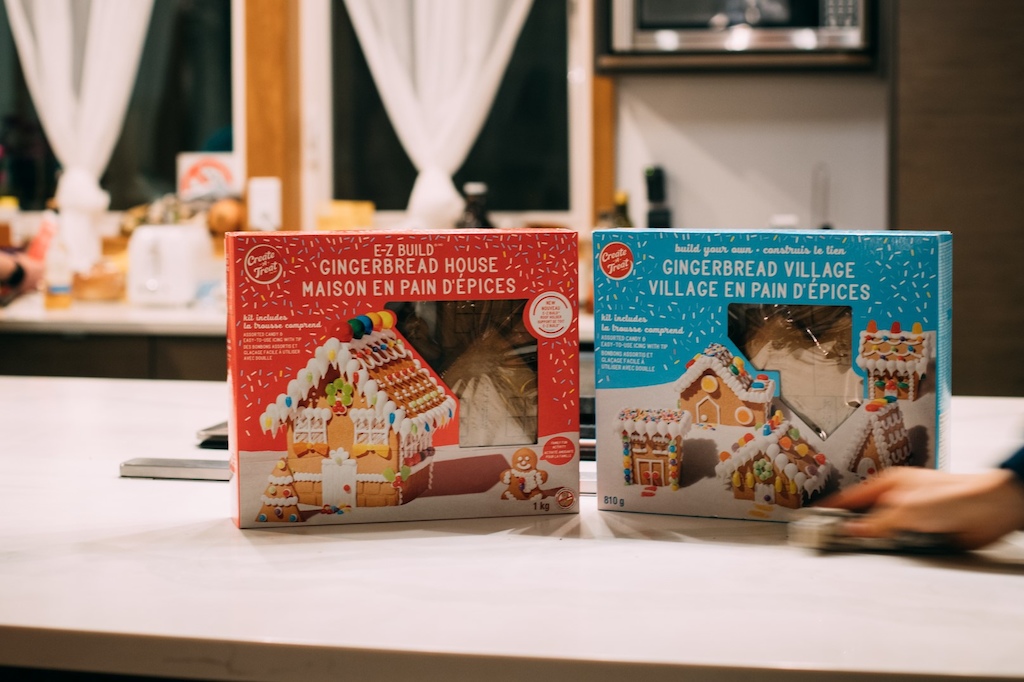 A gauntlet was thrown and the team divided along lines - the mechanics took on the task of a single classic gingerbread house while the EWS racers chose a whole village as their challenge. Structural integrity vs speed became the issue as time ticked down. 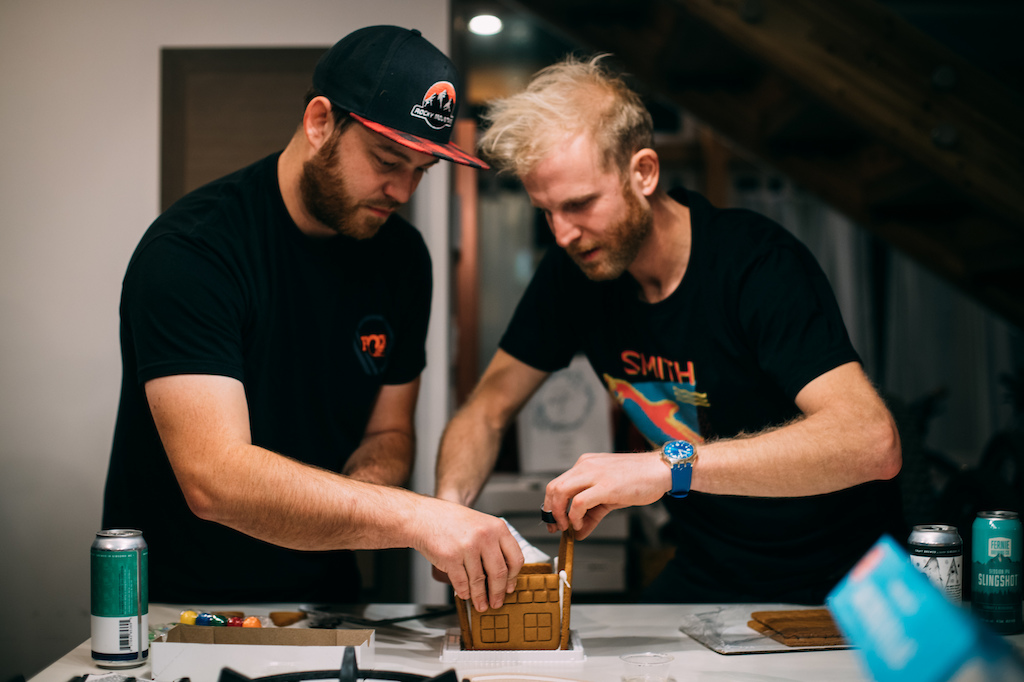 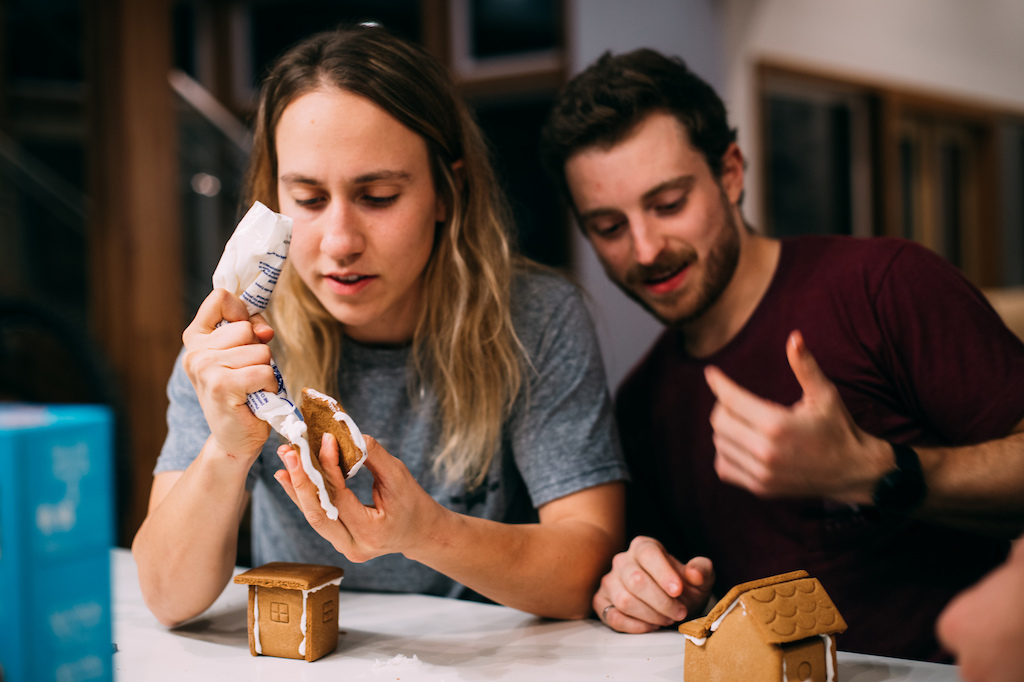 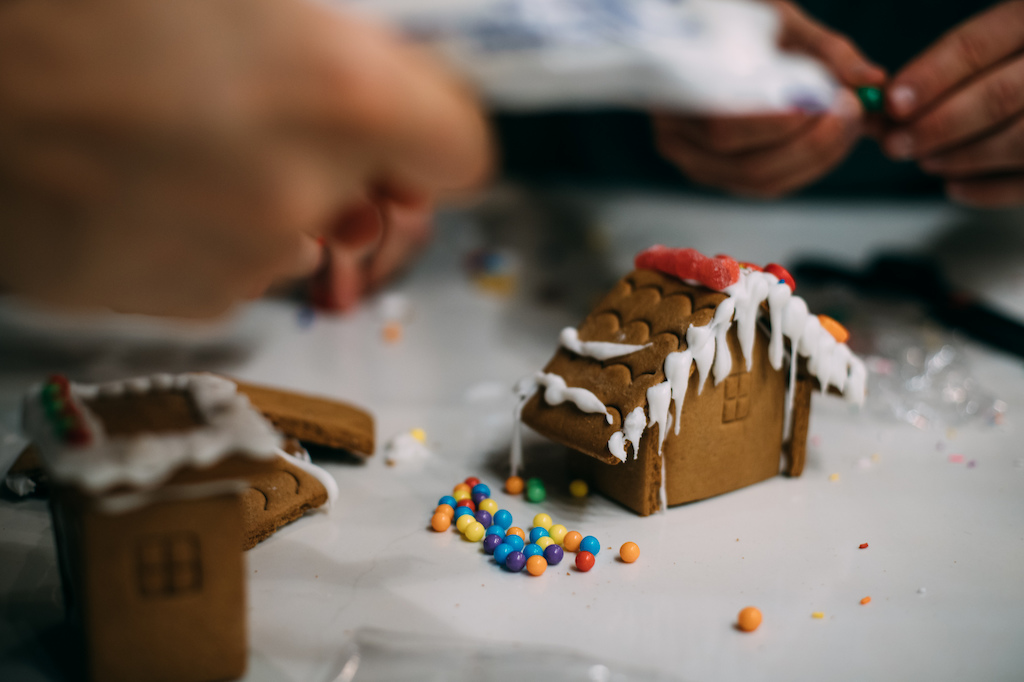 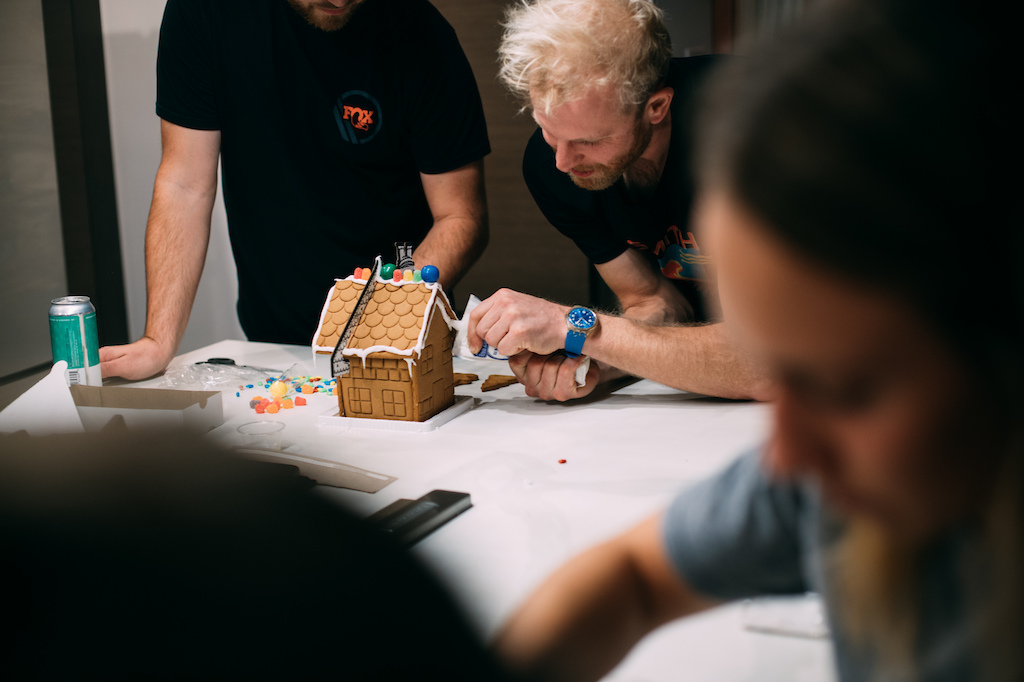 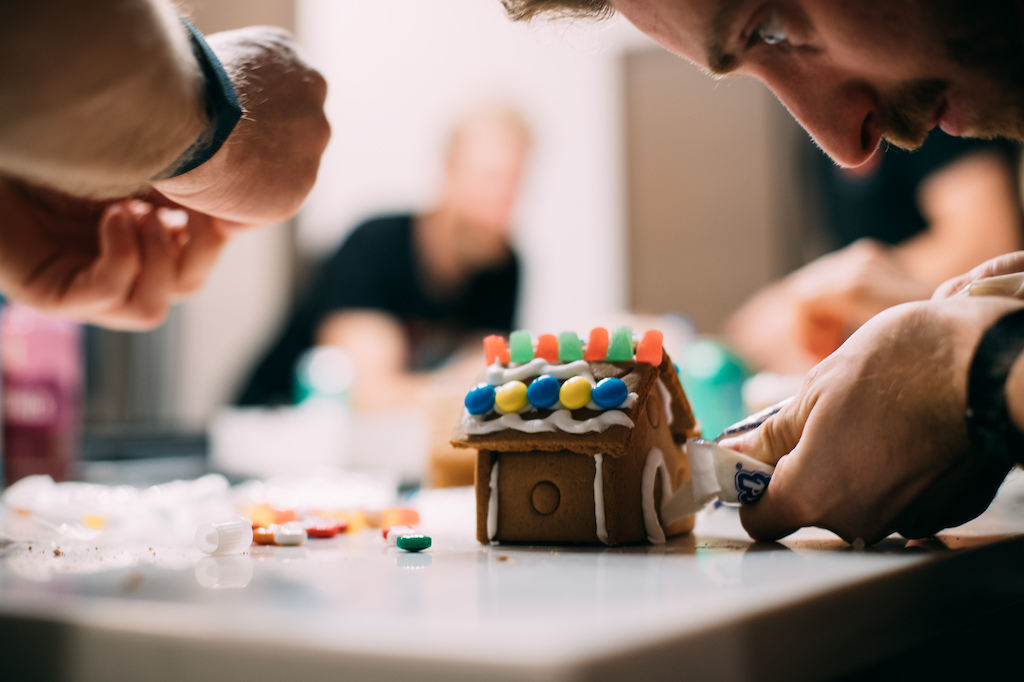 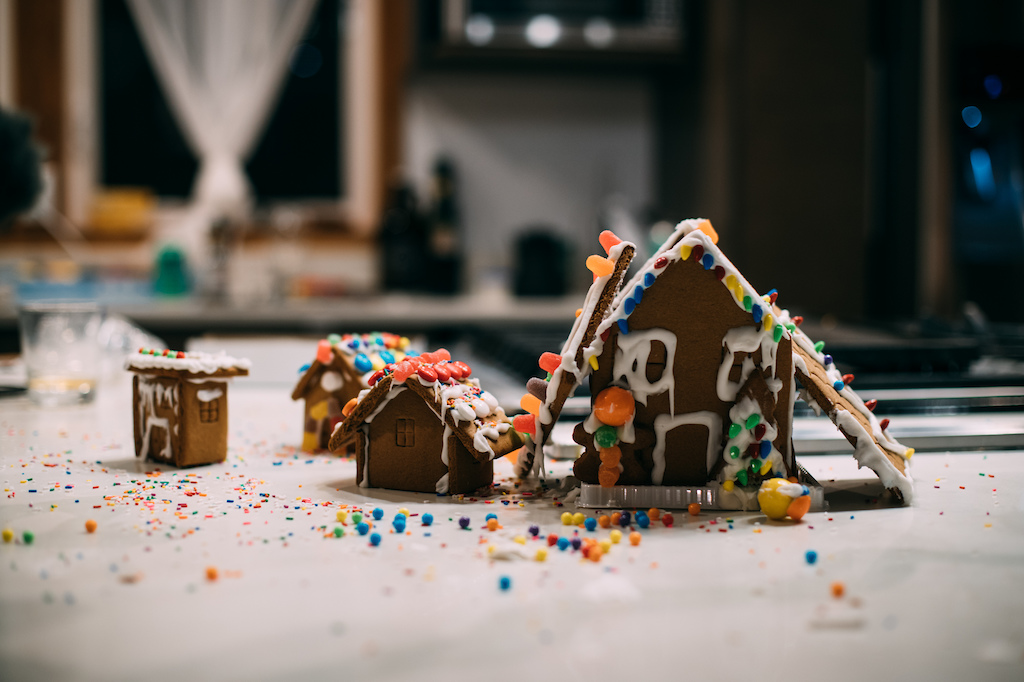 The finished products - Team Mechanics managed to finish theirs on time but ultimately they didn't have enough sugary sweet cement to keep everything together. Team Racers didn't quite finish all their buildings but the ones they did remained intact.

rbarbier12 (Jan 16, 2020 at 9:13)
Pro-tip for ginger bread houses: use melted white chocolate instead of royal icing for gluing the gingerbread together. Think of it as an epoxy vs shitty elmers glue. Sets in seconds and is strong enough that usually the gingerbread will fail before the chocolate-glued joint does.

moose-tastes-good (Jan 16, 2020 at 9:21)
if your a pro gingerbread house construction worker, that may be an even cooler job than pro mountain biker

Footey72 (Jan 16, 2020 at 9:36)
@moose-tastes-good: I came here for the mountain bike edit, but I stayed for the pro gingerbread house construction tips.

bobshort (Jan 16, 2020 at 10:13)
I'm going to call BS. No doubt you are an armchair gingerbread house engineer that like to comment but never actually ices.

islandforlife (Jan 16, 2020 at 10:20)
Ya but make sure you're using the proper German white chocolate not that shitty Chinese stuff... it's not to code and you'll see some serious fines from the inspector if it's caught before lock-up. Have seen to many shady chontrcators building with that shit, leaving families to deal with the mess during final displays... real shame.

surfdog101 (Jan 16, 2020 at 10:26)
I think in the long term, the frosting would work much better. It wouldn't be as effected by heat. If you were using the chocolate method you'd really need to regulate the heat of the environment around the ginger bread house (lower melting temperature). Frosting is more of a set and forget method. I'd say its more of caulking vs. concrete.

rbarbier12 (Jan 16, 2020 at 10:35)
If anyone wants a killer recipe for structural gingerbread (the last house I made was over three feet tall and entirely self supported. Solid as a rock) HMU

Planetx888 (Jan 16, 2020 at 12:08)
Whatever, I dont see any of the other top level pros running white chocolate. I think thats all hype. The last thing we need is ANOTHER standard for squirty-tips on our piping bags. I'll tell you what, once Loris starts bugging Jordi about white chocolate, or maybe once Greg has Marshy make the switch because his icing keeps detonating, then maybe I'll consider it.

RayDolor (Jan 16, 2020 at 15:00)
@islandforlife: Actually, the Chinese white choc passes the code test with flying colors. Their white chocolate contains melamine, which produces just the perfect amount of adhesion/strength, but it wrecks yer liver and kidneys!

vinay (Jan 18, 2020 at 6:46)
Yeah, I've heard about white chocolate too and was genuinely interested. Then went too look and you know what they did with all the excess? Ocean fill, I tell you! I went straight back to the drawing board and now machine my gingerbread houses out of a solid chunk of gingerbread. Yeah it may crack when you huck your house but considering this is a Rocky Mountain article, I doubt they are going to mention that.

big-red (Jan 16, 2020 at 9:39)
Holy crap that no hander drop with the sunset backlighting is pure eye candy. I just want that as a repeating GIF. I may never stop watching it.

henricksen (Jan 16, 2020 at 11:48)
@raceface: does this video show that all the team but one will be on instinct BC editions instead of the Slayer?

fedfox (Jan 16, 2020 at 10:09)
That video made my day! they keep putting out great content definitely my favorite enduro team!!! thank you

jakubbarcik (Jan 16, 2020 at 11:23)
I enjoyed watching your Jank Files during the season, it was the best of all the EWS team! Can't wait for another season! Good job everyone!

Great trail that one.