Interview: Myriam Nicole Spent Most of the Race Season on Crutches 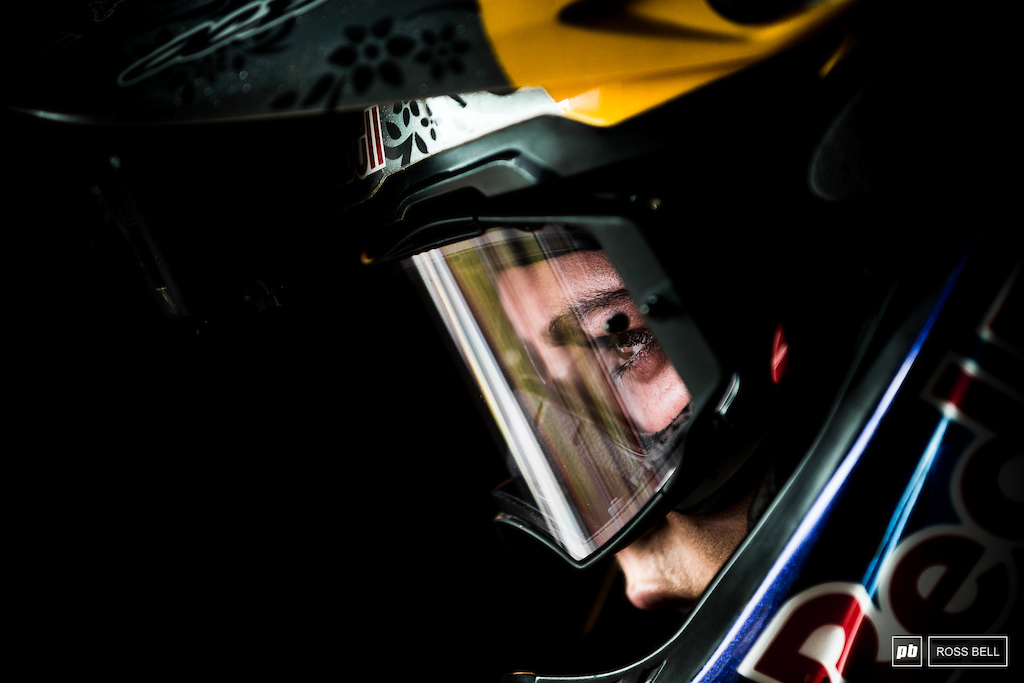 Myriam Nicole won World Championships as a Junior and has won medals in the Elite field multiple times, but had never pulled on the rainbow jersey as an Elite until today. After a serious foot injury in April had her off the bike for four months, it seemed unlikely that this would be the year she would finally win World Championships. Against all odds, starting with over a dozen riders still to go, she lay down a time that couldn't be beat. She finished just over a second ahead of Tahnee Seagrave, who was also coming back from an injury of her own. Myriam Nicole's French teammate Marine Cabirou rounded out the podium with the bronze medal. I caught up with her immediately after the event.

Has the win set in yet?

I still can’t believe I won. That wasn’t the plan after these last six months of bad, bad, bad times. With the team, with the coach, everyone made it to do a good comeback. We didn’t have pressure, I just wanted to be back on my bike and feel good.

So this was your first big race in a year after injuring your foot in April. How did you make such a strong comeback to become World Champion?

Finally, after all this work, I was a bit pissed off on training every day. I didn't want to go to the gym anymore. I was like 'I just want to race'. So I was just so happy to be on my bike. So I think everything went well because I was so happy to be back. You know, during the season, sometimes you're like 'I don't want to see my bike anymore' but not right now. I love it so much and I want to ride so much. 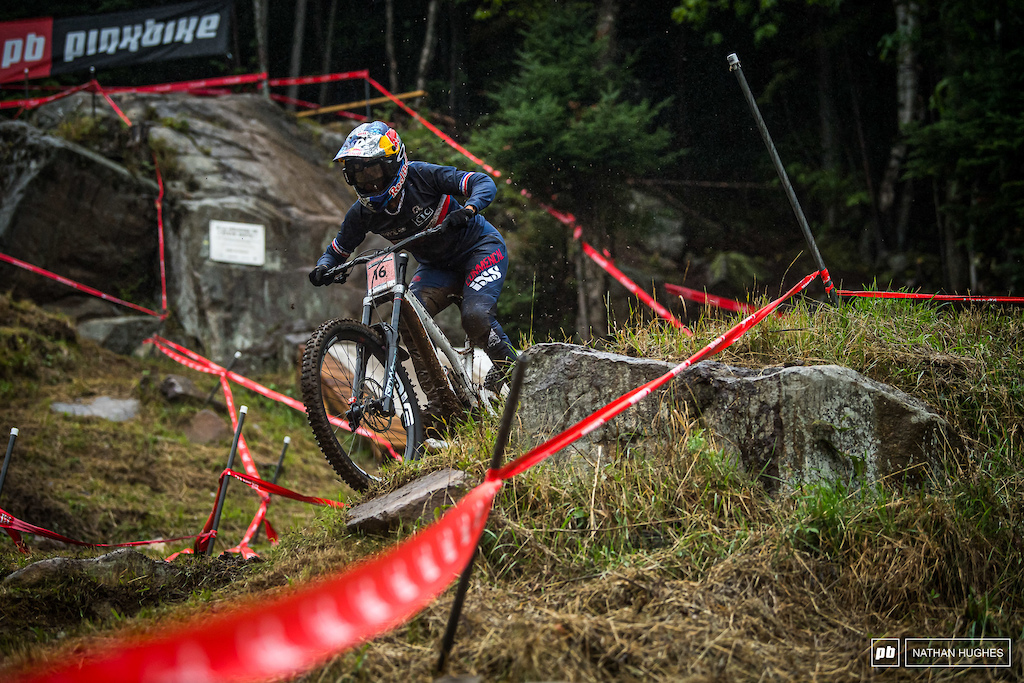 What kind of physio have you been doing?

At first, I had two months of crutches, so I was not allowed to put my foot on the floor. Two months is really long. Then I had another surgery in June. After that surgery, I went to an athletes rehab center in France and we did things like learning how to walk again. Saying that I feel like I've forgotten where I've come from. It was two months ago I was learning how to walk.

When did you first get back on your bike?

The 5th of August. 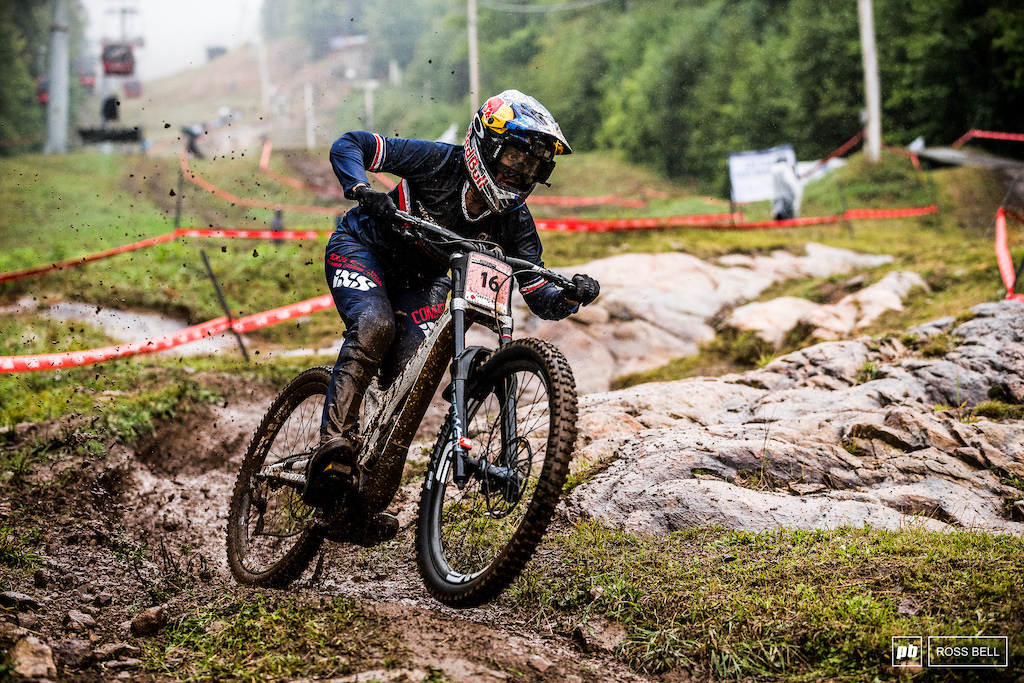 There are two reasons. I have had many crashes on jumps so I'm not confident to do these. It's not like I had a lot of time on my bike so I don't have the confidence. The second reason is I'm scared to case it and hit my foot again. That would be quite bad. On the bike, I don't feel it, but right now it's painful. I can't wait to put some ice on it. I didn't do them as well today, that was the plan. I knew that I lost because of that, well I had made my choice. But I didn't want to go to the rehab center again.

Why do you think the French team is so dominant?

The sport is getting more professional and we’re doing the right job. Me and Loic have the same coaches so I think we’re doing good work. There is such a good atmosphere and everyone is pushing. 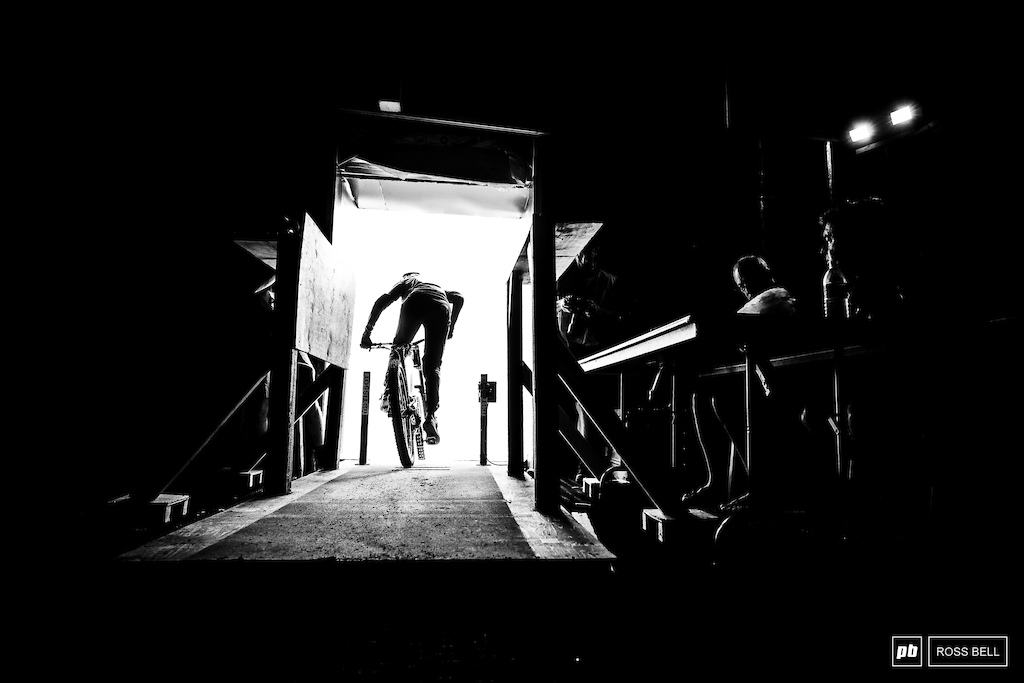 drpepperrider2 (Sep 1, 2019 at 20:37)
I saw her drink a full bottle of champagne right after her win, the real win here is how fluent she is in this interview.

chickenlassi (Sep 2, 2019 at 6:32)
I came here to make that same comment. I really didn't see a lot spraying out. She's very impressive in many respects

GrantR (Sep 1, 2019 at 19:54)
You can really tell her heart is in it. Good to see her taking care of her body and being smart about her recovery too. Congrats on the win and riding smart!

Comeback of the year? Got to be right up there with Jenny Rissveds on the XC side.

artistformlyknowasdan (Sep 2, 2019 at 15:15)
@endlessblockades: I think Finn is the new Zoolander for WC

. Congrats! Really earned this one

Franzzz (Sep 3, 2019 at 7:43)
A healing thought for Rachel Atherton by the way: I hope she will recover from her achille tendon`s injury as well as Myriam recovered from her broken ankle to see both of them back to the battle.
And congrats to Tahnee Seagrave for her silver medal after that unfortunate break.
Those women are great warriors.
Total respect

Gttroy (Sep 2, 2019 at 3:04)
Amazing race run. I’m sitting here three years after dislocating my foot on the bike and I still don’t walk without pain.

She is tough as nails to have done this.

InGoodFaith (Sep 2, 2019 at 14:04)
A physical therapist can help with that. One fall doesn't have to mean endless pain for the rest of your life.

endlessblockades (Sep 2, 2019 at 14:13)
@InGoodFaith: Pretty sure Nicole is actually a trained/licensed physical therapist and will be a professional after her WC career.

WAKIdesigns (Sep 1, 2019 at 23:32)
Her and Loic have the same coach... are they doing squats with stretch bands attached to the barbell on balance boards while juggling jars full pf broccoli sprouts? Only to jump into a set of 10 burpees, Assault bike sprint, to flossing with 20lbs plates, finishing a set with weighted banded pull ups? Nino and Kate do that, must be working!


So lame, I wish Jenny would have won XC and finally delivered PB from trollbot#1

shredright (Sep 2, 2019 at 2:21)
It will be something to do with it. She did really well. A legitimate win considering she was up against Tracy.

wildedge586 (Sep 2, 2019 at 3:05)
@WAKIdesigns:
Schurter getting his last champs before MVP takes over, probably didn't matter what he did in the gym in preparation as long as everybody else kept trashing their bikes

acepran (Sep 1, 2019 at 20:22)
Side note: her plate number was 16, which is supposed to be the lucky number among the men dh athletes. Finn had the number 16 on this race too and finished 7th which is his second best result this season after the 4th place in Fort William early this season (he finished 25 in Canada and 14 at world championships last year).

I reckon smart recovery and training won the race for Myriam, not this pseudo (not very lucky?) number 16

mtbikeaddict (Sep 1, 2019 at 19:49)
Honestly... hate to be that guy but I hadn't seen the results yet, so when I got on PB and the top bold blaring post was "World Champ Myriam Nicole"... that's irksome. Spoiler alert.

sarahmoore Mod Plus (Sep 1, 2019 at 19:53)
I've removed World Champion from the title so no one else has the race spoiled... But you should probably watch the races ASAP!

endlessblockades (Sep 1, 2019 at 22:30)
You spoiled your chances of remaining ignorant of the results by going to pinkbike.com

mtbikeaddict (Sep 2, 2019 at 0:24)
@endlessblockades: This isn't exactly the first time this has been an issue... in the past PB announced there would be a 24hr wait iirc, so noting that I mentioned this. maybe, just maybe I came in here to do something other than vegetate scroll through the news... I did not scroll at all and tried to go to the upper corner dash area, but this was across the screen in bold w/o me doing anything. I just thought since this has been covered before, I'd mention it.

No need for everyone to be offended.

Ron-C (Sep 2, 2019 at 17:03)
@sarahmoore: the people on pinkbike WERE trying to watch the races ASAP. We were here to try to find a solution for redbulltv not allowing our country to watch it. I don't know, maybe pinkbike may have had a solution rather than clearly stating myriam's time would never be beaten that day right on the cover page. Just a horrible world championships experience this year.