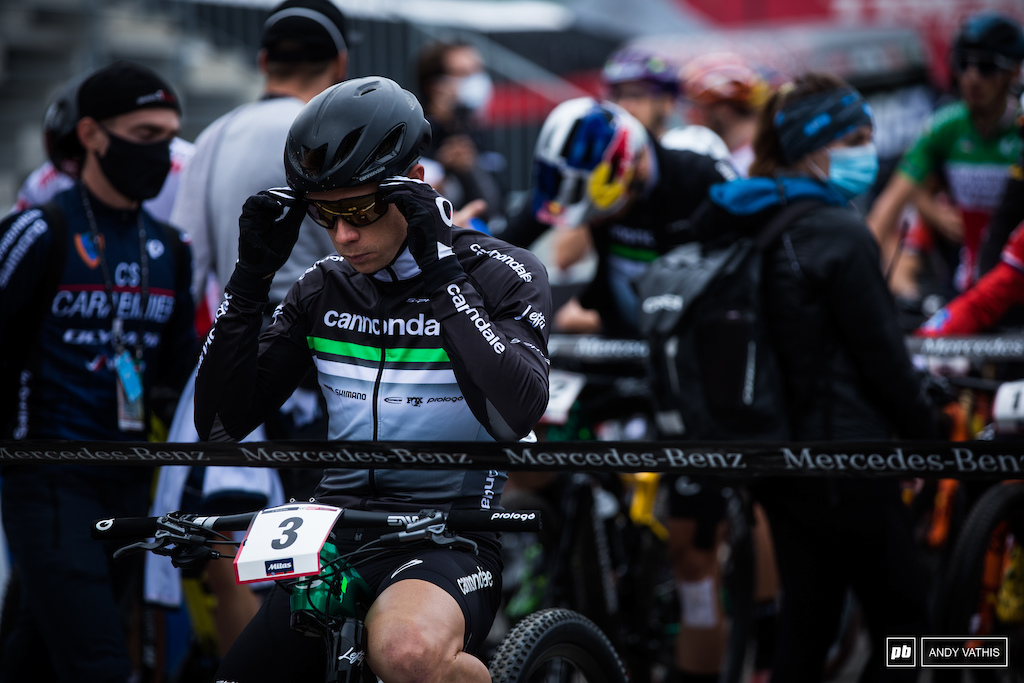 Maxime Marotte has announced he will no longer be racing with the Cannondale Factory Racing XC team with his future 'not clear yet'.

Maxime has been racing for the Cannondale team for 4 years and earned 12 World Cup podiums with the American brand, including a joint best-ever 2nd in Nove Mesto earlier this month. Marotte said in his statement that while he will definitely be racing bikes next year, his future is not fully decided. We have no doubt that teams will be clamoring to sign the French rider as he is a consistent podium finisher and hopefully he can get something lined up without too much disruption to his Olympics preparation. 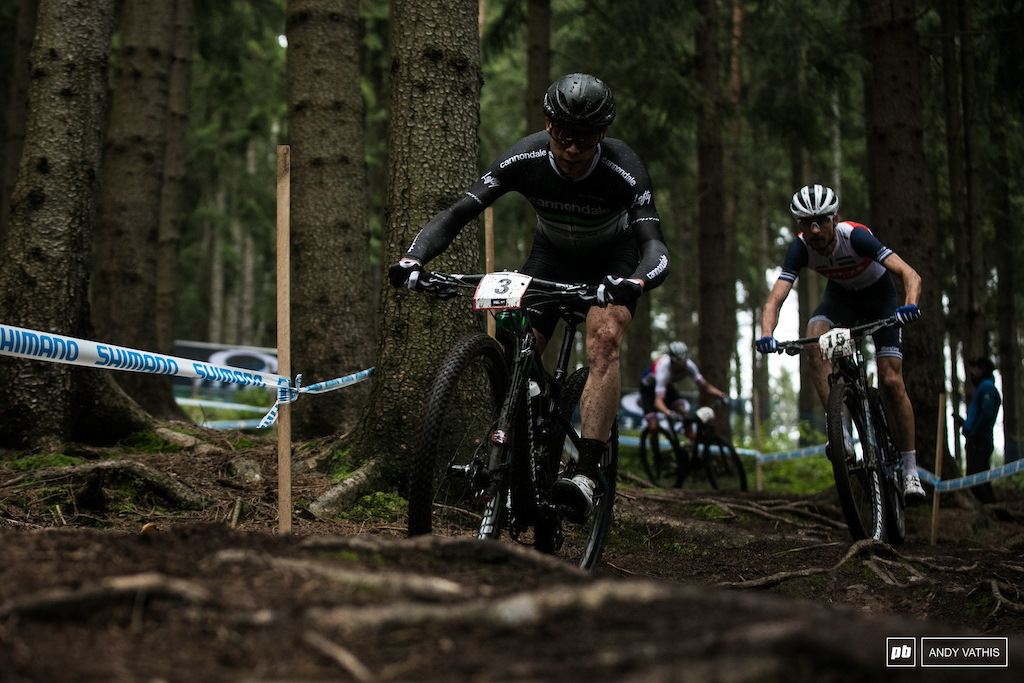 We'll keep you updated with any more news from Maxime as it comes in.

NinetySixBikes (Oct 22, 2020 at 2:26)
There are always two sides to a story. I used to work closely with Foxhead a few years ago. The sales manager at that time described Danny to me as "A typical British a**hole" (His words, not mine!)
I guess it all comes down to the fact that respect is often earned and should not be taken for granted.

gcrider (Oct 22, 2020 at 3:01)
Or more that we judge people from other countries and cultures against our own social norms and communication styles rather than theirs. We are Lost in translation .
Islanders tend to look down to show respect while Europeans look up.
I used to find south africans brash , but really I was the f*cking arsehole by judging them on how they speak. Sorry South Africans @NinetySixBikes:

gcrider (Oct 22, 2020 at 3:06)
What if it was postmans pat cat. ?@buzzbish1:
Yeah. There is this famous book that was written by hearing a story from a guy who new a guy some years ago. Cant recall what it was called though?

NinetySixBikes (Oct 22, 2020 at 3:33)
@buzzbish1: I get you, you should be very carefull with hear say. But the guy was working on a 1-1 basis with Danny so it's not like a game of telephone. My point was not so much taking a stab at Danny, but more that you should be carefull with drawing conclusions if you only hear one side of the story. To me, it's also unfair to one-sided shame a faceless company when a collaboration with a rider goes down the drain.

In Saracen's case it was obvious *both* parties wanted the split.

sino428 (Oct 22, 2020 at 4:40)
These ‘parting ways’ announcements are all silly. It’s a business, riders and teams change all the time. There is no need for this sappy nonsense. If they really loved each other as much as these statements would suggest then he’d still be riding for cannondale next season. But he’s not, because that’s how the business works. They should all do it the way Saracen did it. Just a simple statement say the rider is moving on to a new team. Maybe even take it a step further and not even make announcements for a rider leaving. Just have make announce all new signings and be done with it.

powderturns (Oct 22, 2020 at 5:10)
@sino428: it’s an interesting point. I think most brands view the send off as another marketing exercise in two ways
1) they get to recap all the rad sh*t they accomplished together (content is already made - why not use it?)
2) they try to make their brand look good to other athletes they might sponsor in future. (We treat all our athletes - even outgoing ones with respect)
You can bet some (not all) athletes will wonder about Madison going forward, though it sounds like perhaps Danny and fam can be challenging.

giantmtballtheway (Oct 22, 2020 at 5:56)
@sino428: Couldn't agree more a simple statement to get to the point. At the end of the day these riders are getting paid a good sum of money and their contracts come to an end, if they are nice and respectable people then I am sure the companies will want to carry on keeping them, the rest speaks for it selves. From other threads this is definitely not the first time its happened either!

sino428 (Oct 22, 2020 at 6:33)
@powderturns: sure, there is clearly something weird going on with Danny and Saracen. But if it became the industry norm to just stop doing these dumb press releases in the first place then it wouldn’t be a big deal. I would also doubt that riders are really swayed by some BS press release like this. These riders are out there on the circuit. They are around it. They all know each other and talk. I’m sure they all have a very good idea what all the teams and managers are like behind the scenes.

kcy4130 (Oct 22, 2020 at 6:46)
@sino428: Yes, it is business. It's a job and there are business reasons for leaving/joining a team. But they are still people, haven't you ever had coworkers that were good people that you enjoyed being around and somewhat bonded with? And would be a bit sad to not be working with anymore? This one seems more cordial that sappy to me. Though there are some team announcements that are over the top.

russthedog (Oct 22, 2020 at 8:06)
@NinetySixBikes: this is not a statement put out by an individual based on a personal relationship. Its a professional public release. So make sure it's professional.

jnroyal (Oct 22, 2020 at 8:39)
@NinetySixBikes: If Danny Hart is an a-hole he sure does a good job of hiding it. He comes across in interviews, and in-person at Snowshoe later year, as completely down to earth and genuine. And he seems to be the only racer that ever asks Wyn Masters how *Wyn* raced when being interviewed on Wyn TV.

Here's hoping his team name for 2021 is The Hart Foundation.

sino428 (Oct 22, 2020 at 9:03)
@jnroyal: There are also different sides to people. Some people are completely when it comes to personal relationships, media, etc than they are when it comes to business relationships. And that's really not all that uncommon when you think about it. It is a job for these guys after all. I know plenty of people who are much different in a professional or work setting than they are outside it. He may very well be 100% genuine when you meet him or see him interview, and at the same time also be a total a*shole to work with.

golefty (Oct 22, 2020 at 14:57)
Maxim's contract ran to its conclusion. With 3 older riders on high salaries the bang for the buck started to look less appealing so the team took the decision to bring in a young buck. Manny was supposed to retire end of this year but he wants to race one more Olympics and is German champ so his chance of selection for Tokyo is HIGH.SO I don't think its was an easy decision to not renew Maxime. He, Manny and Henrique get along extremely well and the team is a well oiled machine. But at some point you have to build for the future

JohanG (Oct 22, 2020 at 2:30)
Part of the reason could be that bike companies don't need to advertise as much since they are sold out of bikes.

BiLKiNiS (Oct 22, 2020 at 5:55)
If the olympic wouln't have been postponed to 2021 then yes the shuffle between the teams would have freed up some place elsewhere but a lot of team and rider have extended their contrat for one more year. So a free place in a big team might be harder to find

rrsport (Oct 22, 2020 at 11:58)
It's felt like the team has focused on Avancini in the last couple of years. My bet is Maxime wants to be the lead rider who calls the shots

Willemhc (Oct 22, 2020 at 13:14)
I honestly don't see why they don't sign me. I can hand Avancini water bottles and gels every time he laps me. Ill be like a mobile aid station.