Over 15 years ago, two kids rode the epic lines of Farwell Canyon together before going on to become world-class mountain bike riders. Ever since, James Doerfling and Matt Hunter’s schedules kept them from being able to ride together. Until now. 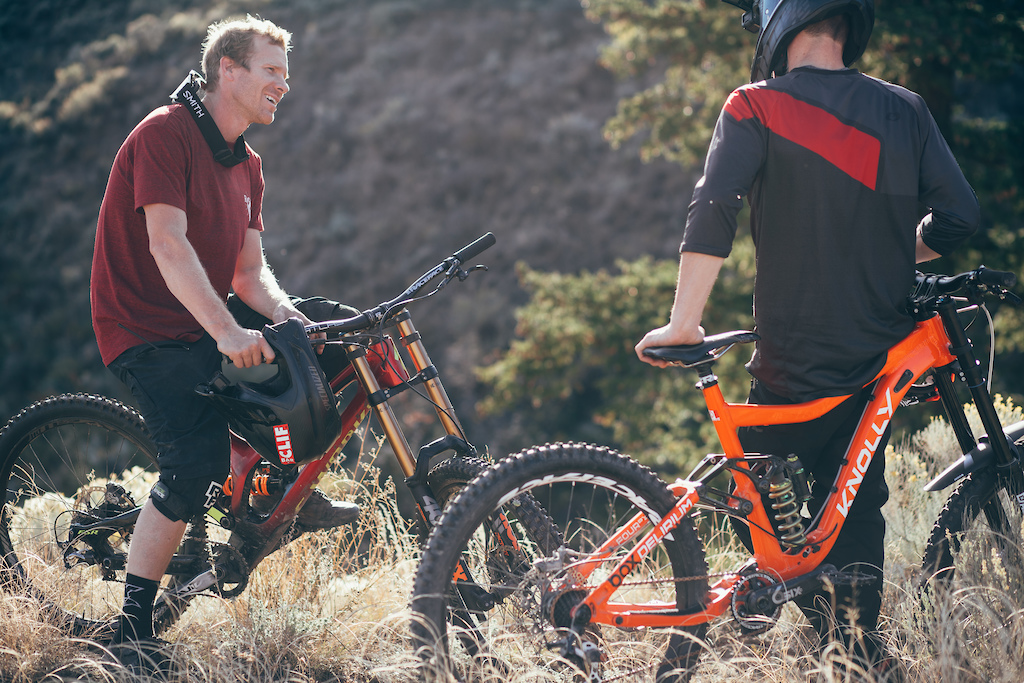 We brought them back together for a chance to capture the magic of Farwell. For two days, the guys camped, rode, relaxed, and rode some more! As the unofficial Prime Minister of the canyon, Doerfling was the tour guide, sharing many of the gnarly lines he has come to love over the years. Hunter, a freerider by nature, was down to drop in whatever line Doerfling put them on! 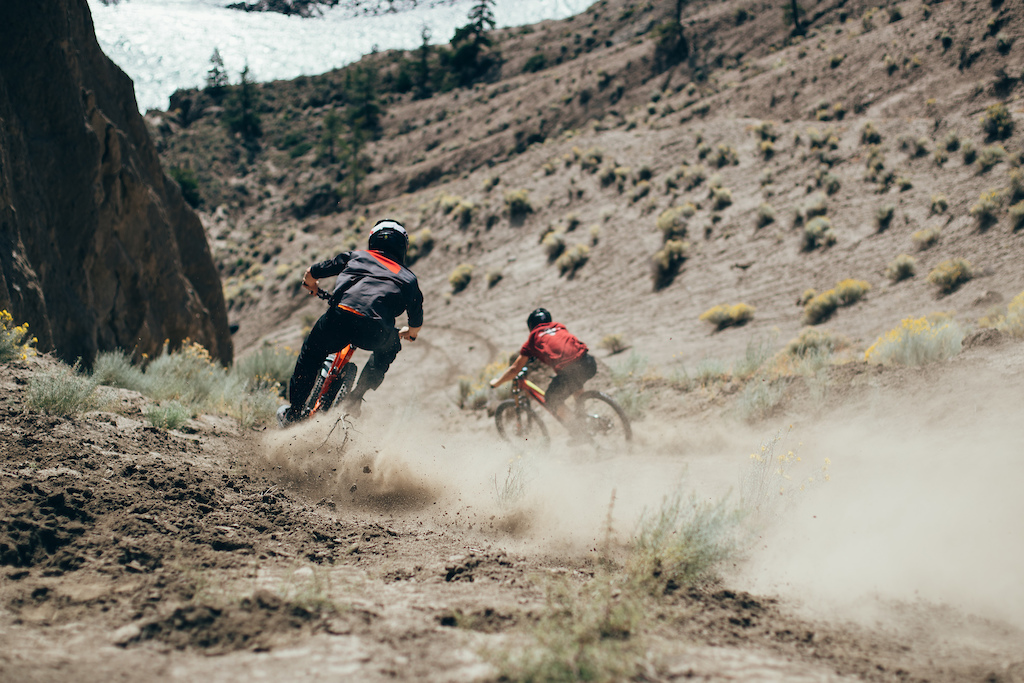 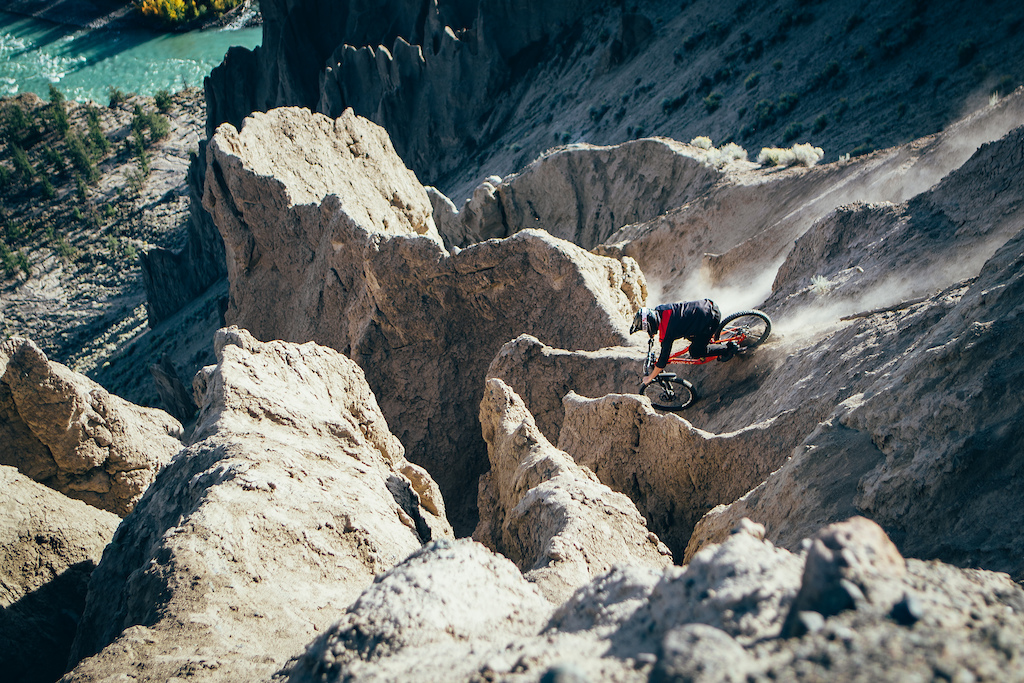 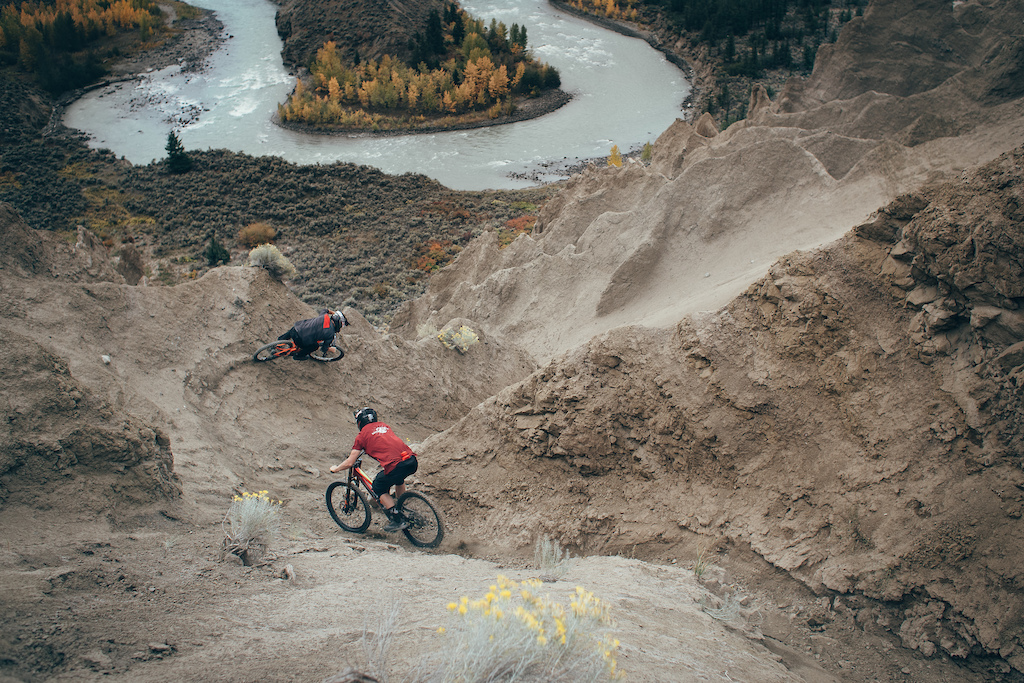 “Riding out at Farwell Canyon never gets old, especially when you get to show someone around that has never rode some of the bigger lines out that way,” said Doerfling. ““Witnessing some of [Matt’s] reactions at the bottom of those lines was priceless - I think he was actually speechless after bombing one of the lines - and that’s why I love riding out there so much.” 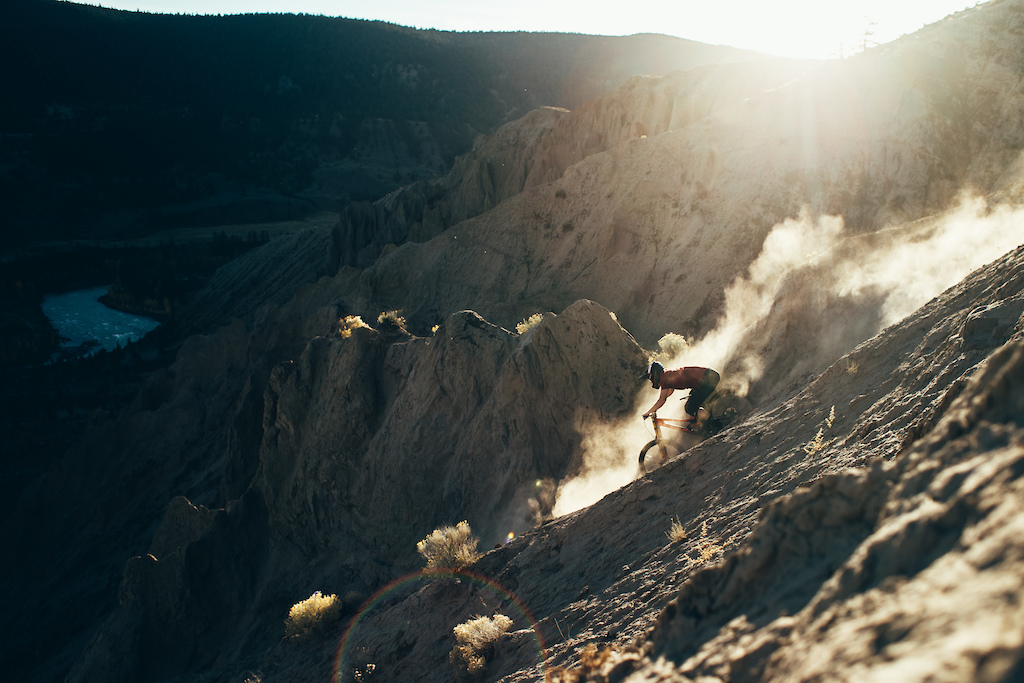 For Hunter, Farwell Canyon was like a Holy Grail “It's steep and wild and awesome, and fun as hell to ride. I have been wanting to get back to ride with James here for over 15 years. That seems ridiculous but we were just kids the first time we rode together here.” 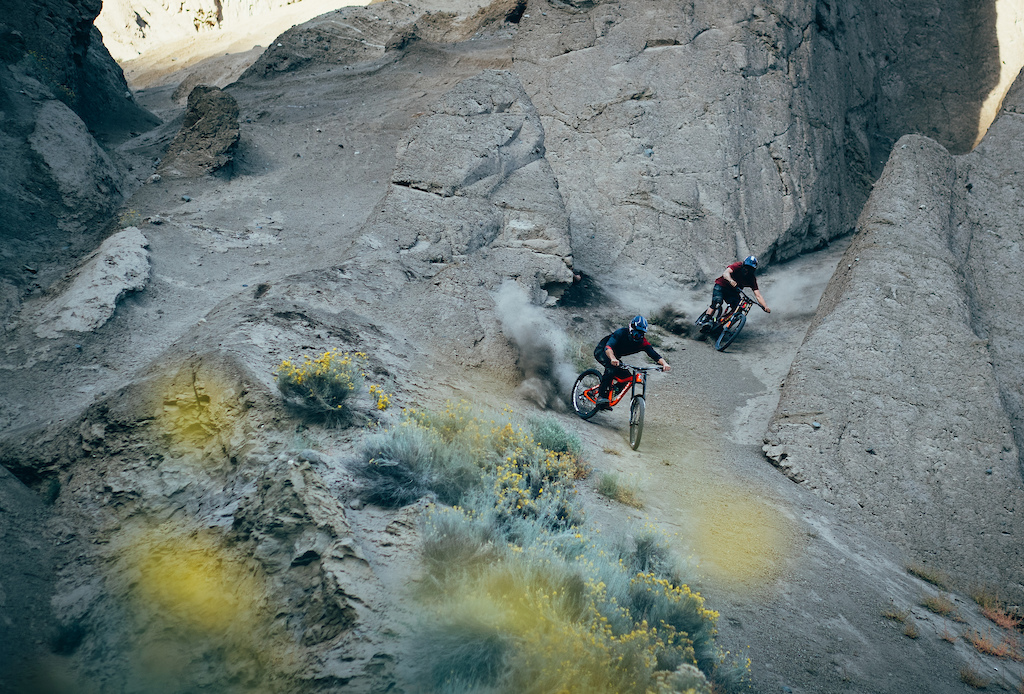 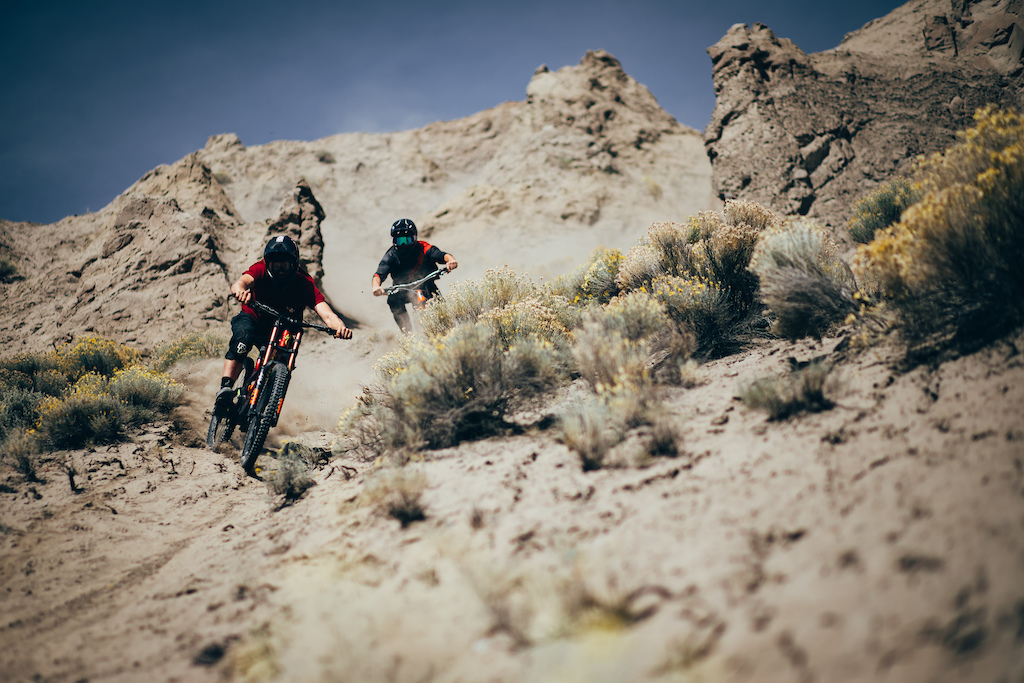 “When we reviewed the shots I was surprised I had been yelling like an idiot but I guess I was just super stoked,” added Hunter. “It's hard not to be when you're blasting down a mountain of dirt.”

The only thing that could have derailed the all-time fall time riding fun was the appearance of a young bear looking for a meal. Luckily, he got distracted by closer and easier fare.

“The bear incident was crazy,” admitted Hunter. “I saw it approaching our camp from the top of a line across the valley. There was nothing we could do from across the river. We watched him come down the mountain and almost right into camp. There are some ancient fruit trees at the old homestead that distracted him. We hadn't seen any bear sign and our camp could definitely have been more bear proof, so we got pretty lucky he didn't eat our dinner.”

After two days of full-on riding, camp was packed, bikes loaded up and goodbyes exchanged - leaving the magic of Farwell behind for the next riders ready to blast its epic lines! 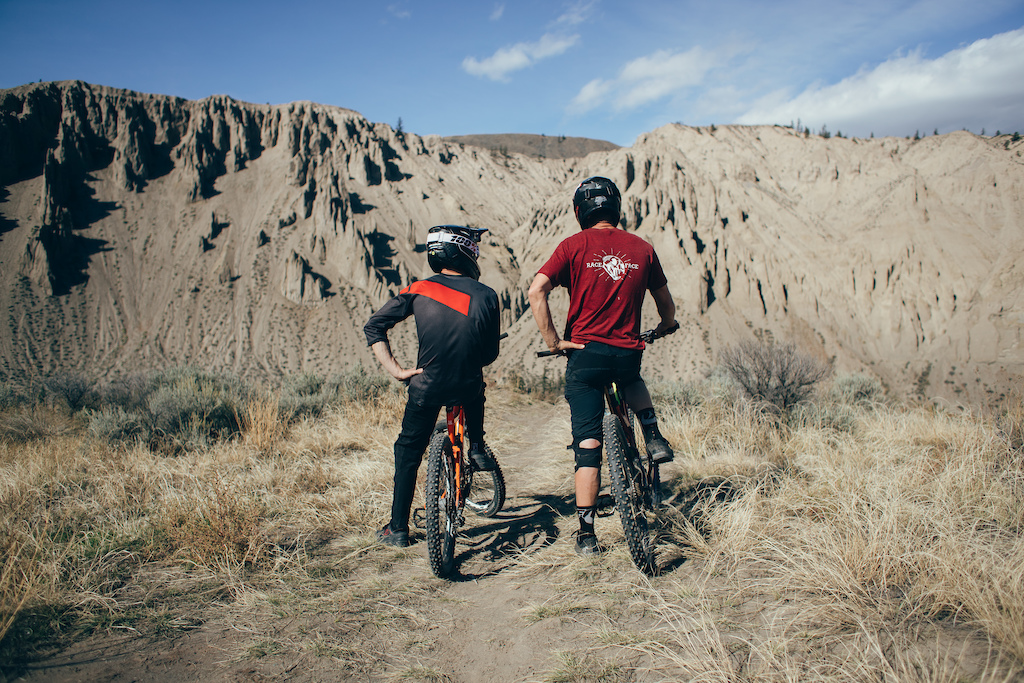 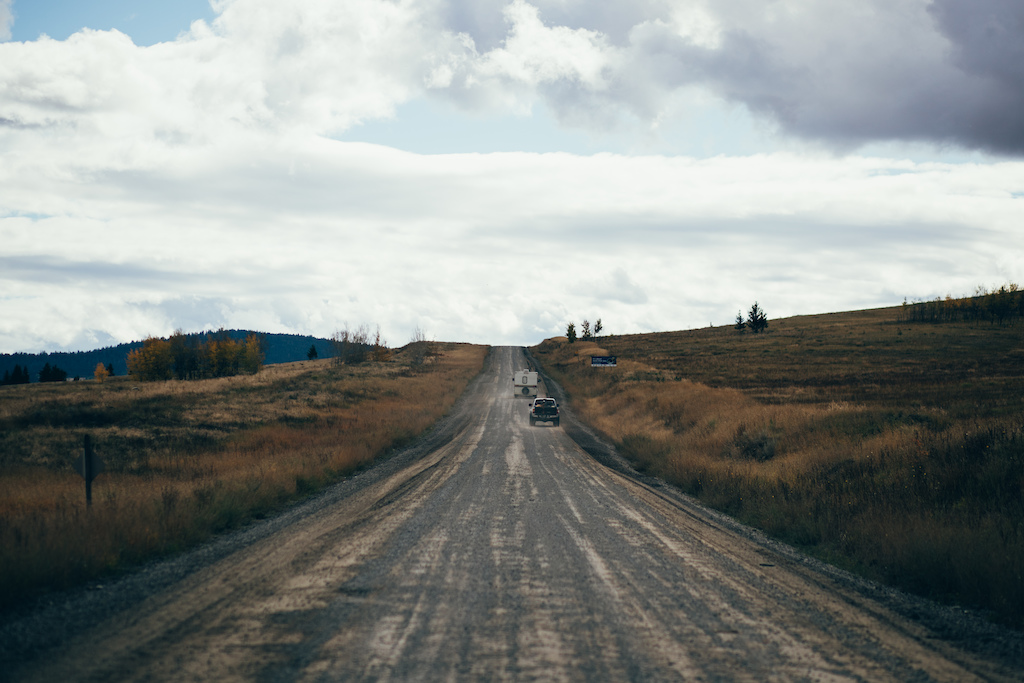 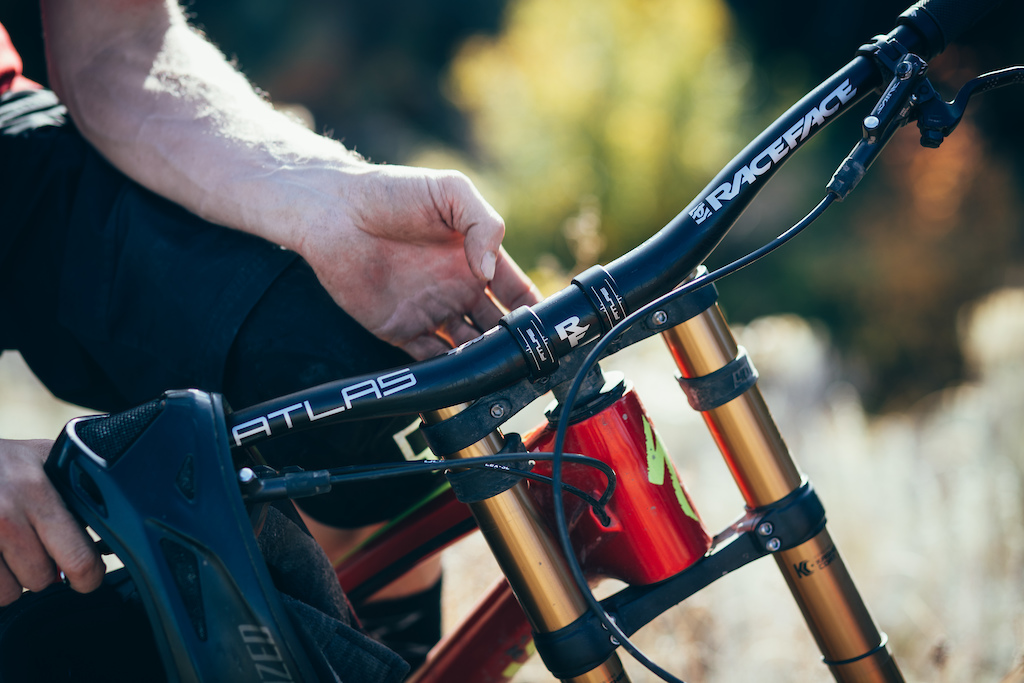 Karve (Dec 20, 2018 at 10:41)
The limited slomos and focus on fast as funk, loose freeride shreddin was amazing - congrats to all involved on this. #makesmewanttoride

jeremiahwas (Dec 20, 2018 at 11:41)
That was sick! When it looks steep on camera you know it IS steep.
(Did they really add helicopter sound to the drone footage?)

rivssss (Dec 20, 2018 at 18:31)
That was awesome! Legends. Reason I love living in BC. Went biking today in Kamloops, tomorrow fresh pow at Sun Peaks. Yehaa

worldsafckngtrail (Dec 21, 2018 at 3:01)
Movies including Matt Hunter and James Doerfling have never ever failed. Thx for making me stoked to ride since 2008!

boyblue1973 (Dec 24, 2018 at 7:48)
Doerfling, definitely one of the best pro free riders for me, so calm and relaxed down the gnar, reminded me of Red Bull rampage he did years ago. Hunter, always on the hunt for sick trails and line! Nice video guys!

scott-townes (Dec 20, 2018 at 14:11)
ahhh so many line variations! I loved it when they dropped into two different entrances at the same time. That was so sick.

OK, it;s the solstice (my reason for the season) I'm drunk on whiskey, doerfling is my GOD so, I'm ptretty much aboot to stokesplode aboot now

Music is from Crown Lands, a Canadian indie band putting out some great music!