DRomy jamessmurthwaite's article
Jul 29, 2020 at 16:34
Jul 29, 2020
Spotted: New Rocky Mountain Enduro Bike - Crankworx Summer Series
A new Rocky enduro bike in the hand is worth two halves of a Slayer in the bush.

DRomy jamessmurthwaite's article
Jul 13, 2020 at 16:16
Jul 13, 2020
Video: ReTyre is a Modular Tyre That Lets You Zip on the Tread You Need
Because my closet full of Jansport backpacks with busted zippers makes me super confident these will work forever. Still, I love the innovation and creativity. Props!

DRomy dan-roberts's article
Jul 10, 2020 at 23:31
Jul 10, 2020
Behind the Numbers: 5 Trail Bikes Compared
Got as far as the leverage ratio graph and didn’t have the heart tonight to keep going. My takeaway from the leverage ratios alone: 1. the Norco must need the shock pressurized to 1,000 psi 2. the Yeti SB140 will snap in half before you can bottom it out with an air shock I’m content with that for tonight.

DRomy MammothMountain's article
Jun 26, 2020 at 15:15
Jun 26, 2020
Mammoth Bike Park Now Open
So stoked for the riding season. Already booked our stay. Can't wait to get away from these crazy cities and reconnect with the natural world.

DRomy jamessmurthwaite's article
Jun 21, 2020 at 12:21
Jun 21, 2020
Getting to Know: Japan's Answer to Fabio Wibmer, Tomomi Nishikubo
I hear you, but it's also just a figure of speech. You might be reading too much into it.

DRomy brianpark's article
Jun 7, 2020 at 10:32
Jun 7, 2020
Race & Accessibility in the Mountain Bike Community
@thegoodflow: To your question about a job with little training and significant power, the job of politician comes to mind. :D What you call trivializing, I call an attempt to provide context and perspective in the hope of fuller understanding so we can make real progress. The rising tide of viewing “the police” as a villain will not produce the change needed or help society at large. That’s why I pushing back against some of the more un-nuanced, blanket comments being made.

DRomy brianpark's article
Jun 7, 2020 at 9:46
Jun 7, 2020
Race & Accessibility in the Mountain Bike Community
@clink83: Are you deliberately trying to miss my point? This is what concerns me. People are jumping to extremes without considering the whole picture, and then accusing anyone who looks at the whole picture as not having empathy or tacitly supporting racism and police brutality. This dangerously simplistic thinking.

DRomy brianpark's article
Jun 7, 2020 at 9:20
Jun 7, 2020
Race & Accessibility in the Mountain Bike Community
@thegoodflow: My point wasn’t that police brutality doesn’t happen, my point was that, if a person only follows one side of things (such as a reddit focusing exclusively on police brutality), then that person will interpret events in a way that’s overly weighted to one side of an issue. As I have mentioned, there is obviously a significant and complex issue that needs to be addressed. However, narrowly focusing on one aspect of the issue then shouting the whole system is broken isn’t not a constructive way forward. We’ll just keep thrashing like a metronome from one extreme to the other without finding the middle ground.

DRomy brianpark's article
Jun 7, 2020 at 9:15
Jun 7, 2020
Race & Accessibility in the Mountain Bike Community
@friendlyfoe: Probably no more need to go back and forth. I would like to say I mentioned multiple times that there is a problem that needs to be addressed. My point from the start was that you were overstating your point of view, which undermines the cause your trying to support. A cause I too believe needs addressing, but isn’t well served when people make hyperbolic claims and try to vilify one side rather than acknowledging the challenges faced by all sides.
Load more... 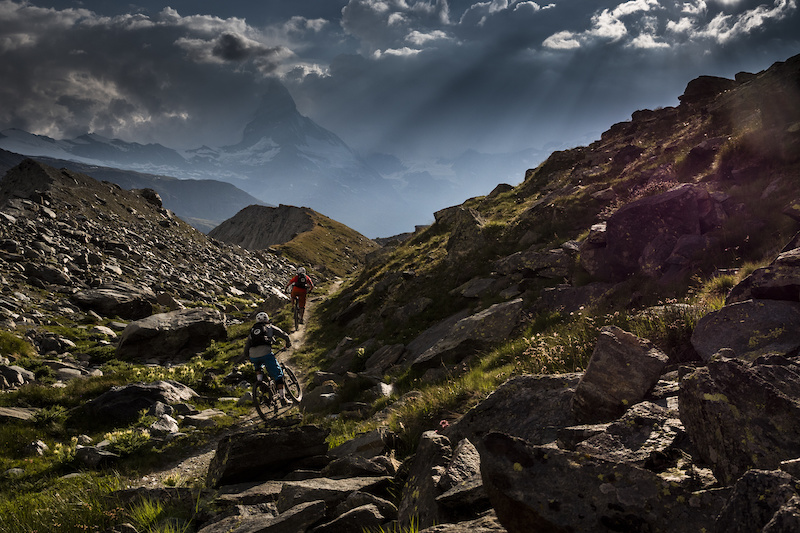 Video: Bernard Kerr Blows Off Steam on a Limited Edition Pivot Trail 429 Enduro Build
15 Nov 2019
You must login to Pinkbike.
Don't have an account? Sign up